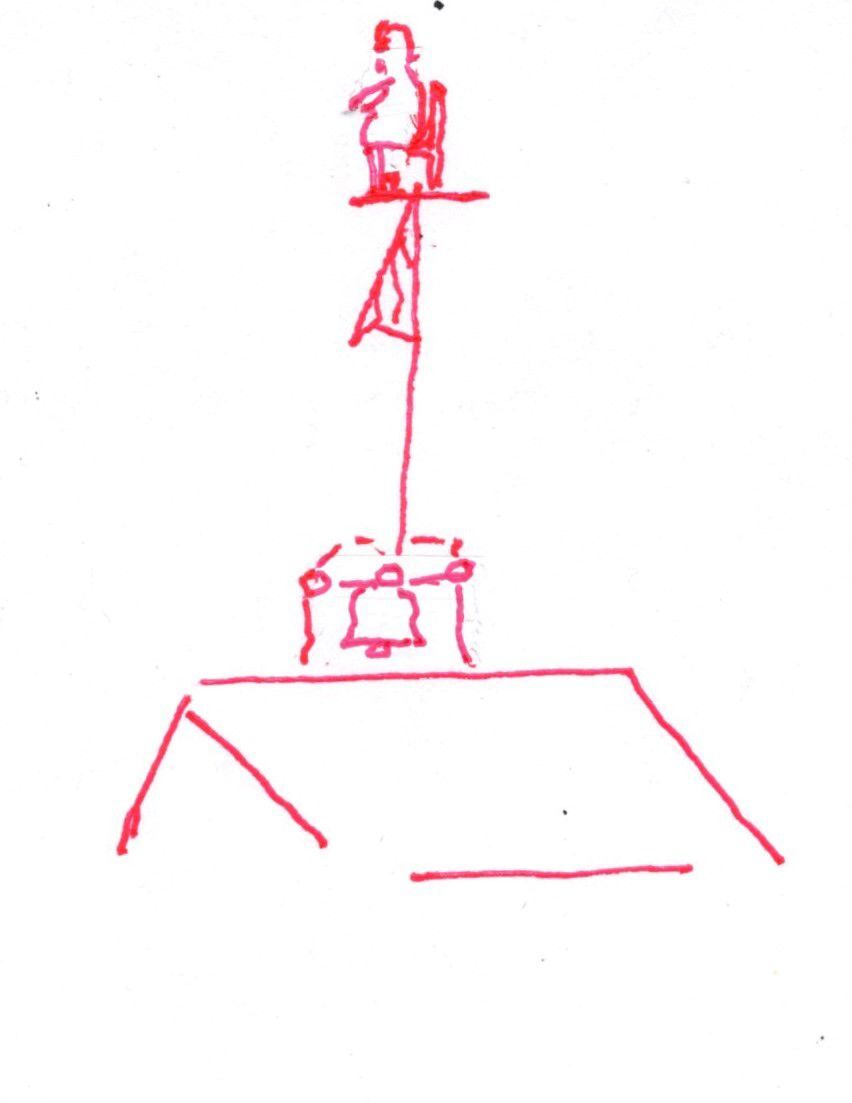 A drawing of the flagpole sitter.

A drawing of the flagpole sitter.

Having a love of the daredevil image, Hugh Webster Goldsberry was attracted by the Christy Bros. Circus. There is a picture of him standing in front of one of their ornate wagons, which is in the collections of the Historical and Genealogical Library.

Another photo shows him high atop the bell tower of City Hall on a platform built to hold a straight chair. Local merchants and candidates encouraged Goldsberry to complete his 100-hour mark as a flag pole sitter at the rate of $1 per hour.

Goldsberry was a resident of Pickaway County in 1926 when he filed for a divorce from his wife, Helen H. They were the parents of one child, Florence Ellen, who was two years of age in June, 1926 .

According to statements made in this case, he often had to take their child to the home of his mother in Circleville. Apparently, he could not maintain a home for his child and she became a ward of the children’s home, where he paid $5 per week for her support.

Forest Cemetery records show that Goldsberry was born in 1903 and died April 28, 1934. He rests beside his father, Ernest B.

Other such daredevils would climb a tall pole and jump off a platform into a waiting pool of water far below. Still, others walked tight wires stretched from one building to another. Do you remember any of these acts which came to town for Pumpkin Show or other fairs or festivals?