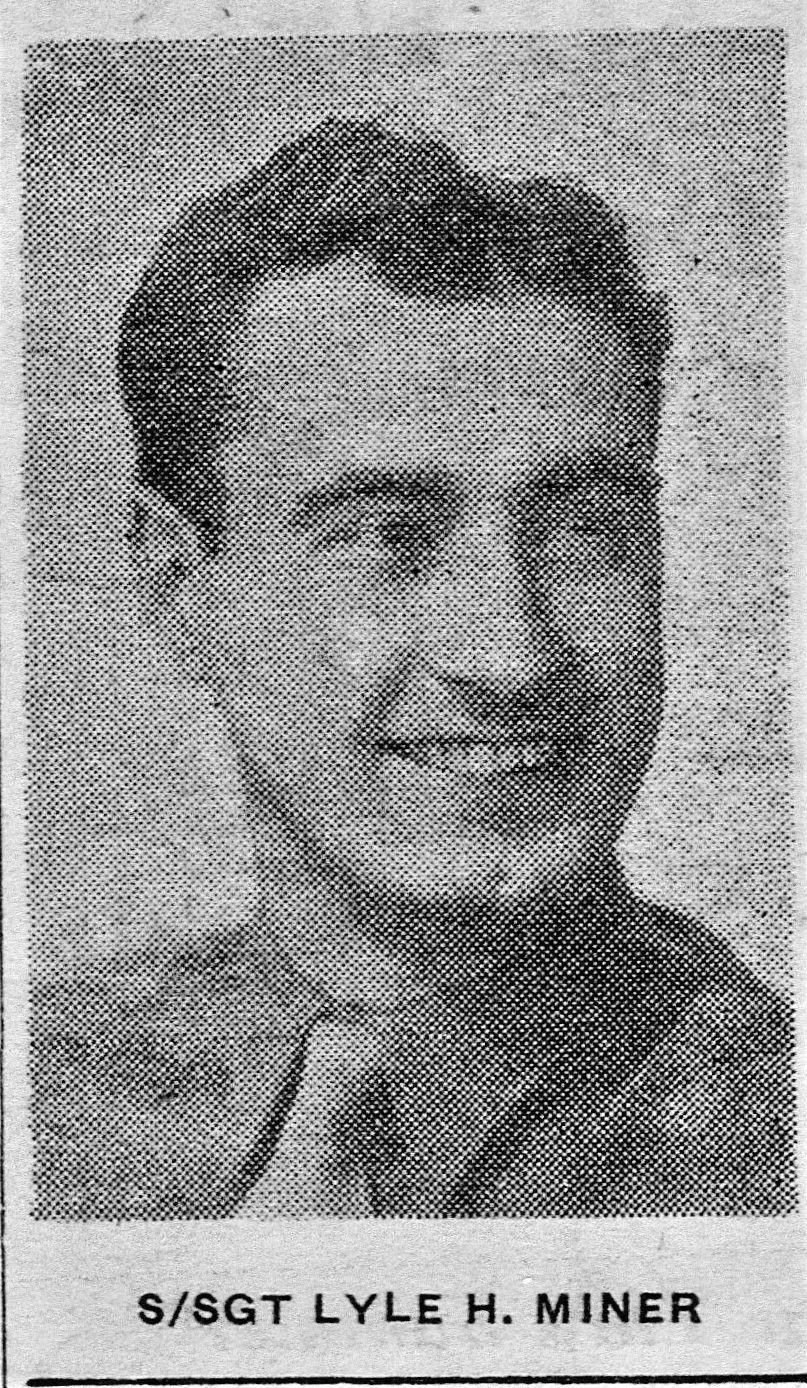 “With the boys in the service” was the title of a column in the Williamsport News, which provided those back home with the news of their servicemen overseas during World War II.

Among those columns was one that states, “Telegram notifies parents Sunday of death of Williamsport boy”. Another headline states, “Official notification received of death of Sgt. Lyle H. Miner in Italy, May 30th.”

Miner was the son of Mr. and Mrs. William Miner and was a Staff Sergeant in the Air Corps. He was killed in an aircraft collision while on an authorized flight. Minor’s death was the first reported overseas war casualty for the Williamsport area.

Miner was a crew chief on an American transport plane, traveling back and forth from Italy to North Africa with supplies and wounded men. He had enlisted at Dayton in February 1942. Sent for special training in East Saint Louis, he was then returned to Patterson Field. He met and married Shirley Winters on July 31, 1943 and left 11 days later for overseas.

This hometown boy was employed by the Williamsport News prior to his service. In his honor, the town named the American Legion the Johnson-Miner Post. Charles Johnson died in World War I.