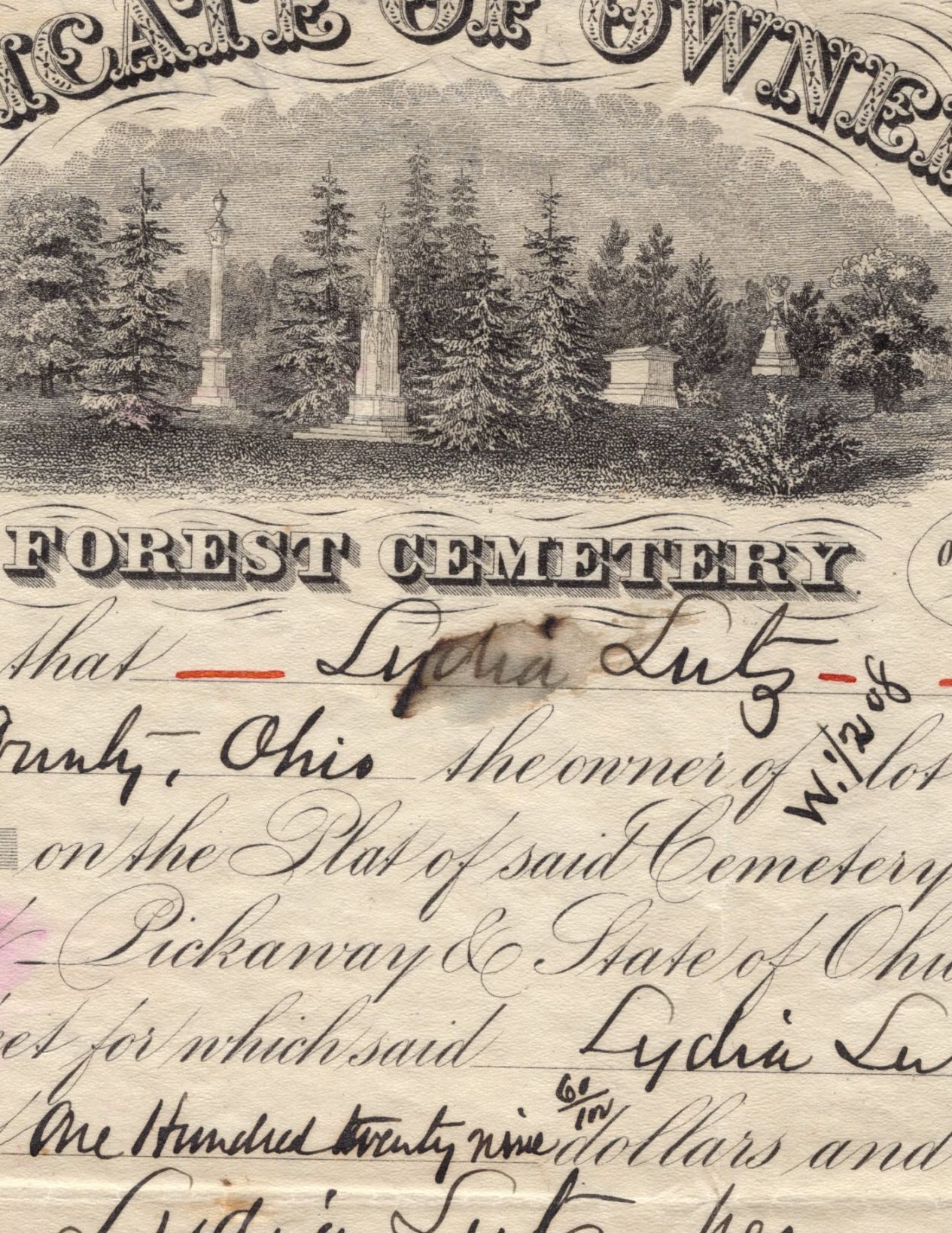 A certificate of lot ownership.

A certificate of lot ownership.

In a book titled “Articles of Incorporation” shelved at the courthouse, we find several interesting ancient corporations.

There were articles to incorporate The First Regular Baptist Church of Circleville on May 6, 1851. Aker King, J. H. Welshimer, Eli Todd and Lewis L. Woodruff signed as the incorporators on Sept. 6, 1852.

After meeting for years in private homes, the church grew and in 1850, they decided to erect their own church. Funds were raised and the church was built and dedicated in 1851.

In 1855, they decided to erect a parsonage. Late in 1856, due to illness, the loss of a pastor and other factors, the church, having been reduced in numbers, suspended services. This lasted for a period of 16 years. In 1872, services were restarted and the church re-established.

On July 30, 1857, William Renick, Samuel Marfield, Samuel Rogers, Wayne Griswold, Adam McCrea, John Groce, William Doan, W.W. Bierce, Jonathan Rinick, George H. Fickardt and 22 other citizens of Circleville assembled at the courthouse for the purposes of forming themselves into a cemetery association under an act of the legislature passed on Feb. 24, 1848.

Renick, Doan, Bierce and Jonathan Renick, plus E.C. Clark and Wayne Griswold, formed the incorporators of Forest Cemetery of Circleville.

A meeting at I.C. Harpers in Tarlton to complete the organization of the Second German Reformed Church was held March 3, 1858. Methusala Kershner was the chairman and Andrew Foust secretary. William Spangler, Henry Drum and I.H. Anderson were on the committee to draft their constitution.