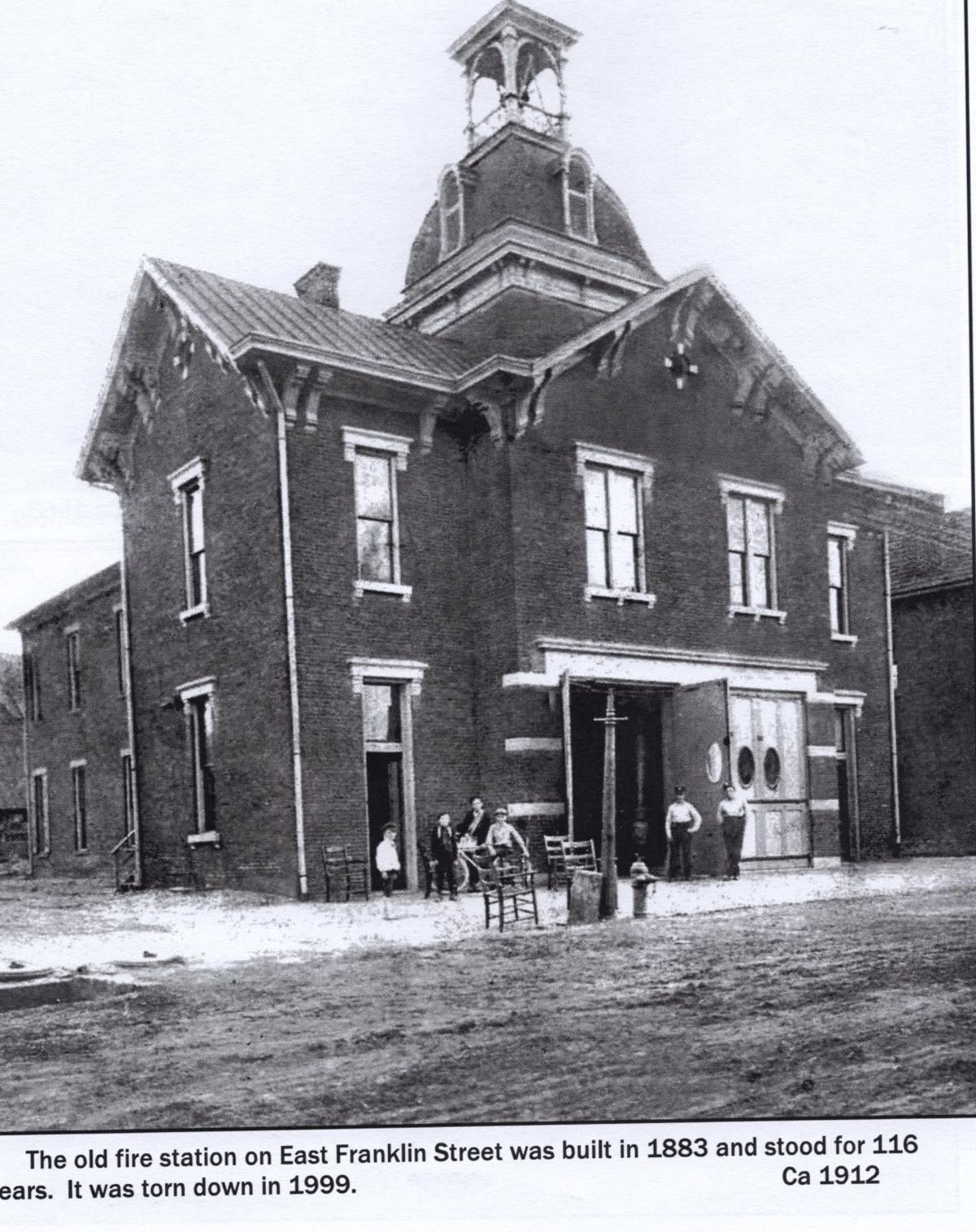 A record of all fires and alarms from call boxes stationed at 22 different places in the city resulted in 148 calls from 1883 until 1896. Many calls were by telephone and a few were in person.

Typical entries in the Record of Fires are as follows: July 1883 — fire at Hirst & Scovil’s Tile Factory at 7 p.m. Alarm by telephone. Damage $25. Levi Hammel Chief Fire Department. Hammel resigned as Chief on May 4, 1889 and J. M. Baer replaced him as Chief.

Defective flues were a frequent cause of the fire, followed by spontaneous combustion and children playing with matches.

In July 1897, a call from Box 35 announced the burning of the C. & M.V. Railroad bridge over the Scioto River. The entry is marked “Out of Corporation.”

In August of that year, the old-hand fire engine was shipped to Porter and Gaunt in Waterford, New Jersey.

In February 1900, the American Straw Co’s barn burned. It was started by some unknown cause. The barn was badly burned with a lot of hay and feed also burnt. Thirty-nine mules and two horses perished. Loss was set at $7,000, and it was insured for $5,600.00.

On April 15, 1900, someone threw a lighted match or cigar on an awning on the VanHeyde Block. The room was occupied by Johnathan Smith as a barber shop. Loss was set at $3.

In May a small blaze at the Zwicker building on East Main Street, occupied by the Forget Me Not Laundry. This fire was caused from a painter’s lamp.

A fire at the Potage Mill on South Canal Street owned by Wm. Heffner and occupied by Breese & Hale as a handle factory was caused by lightning. The building and contents were destroyed, and then saw a fire at L. C Hammel & Co.’s Laundry on East Main Street. It was supposed to have started in the dry room. The building was a total loss. H. M. Rife’s Cigar Store also burned.

This fire record is available to research at the Genealogy Library.

Stephanie Sharpnack will present a program on Circleville’s Octagon House and Its Progress on Feb. 17 at 7 p.m. at the Genealogy Library. Plan to attend to hear what restoration efforts have been made.