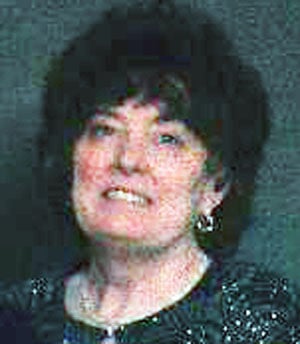 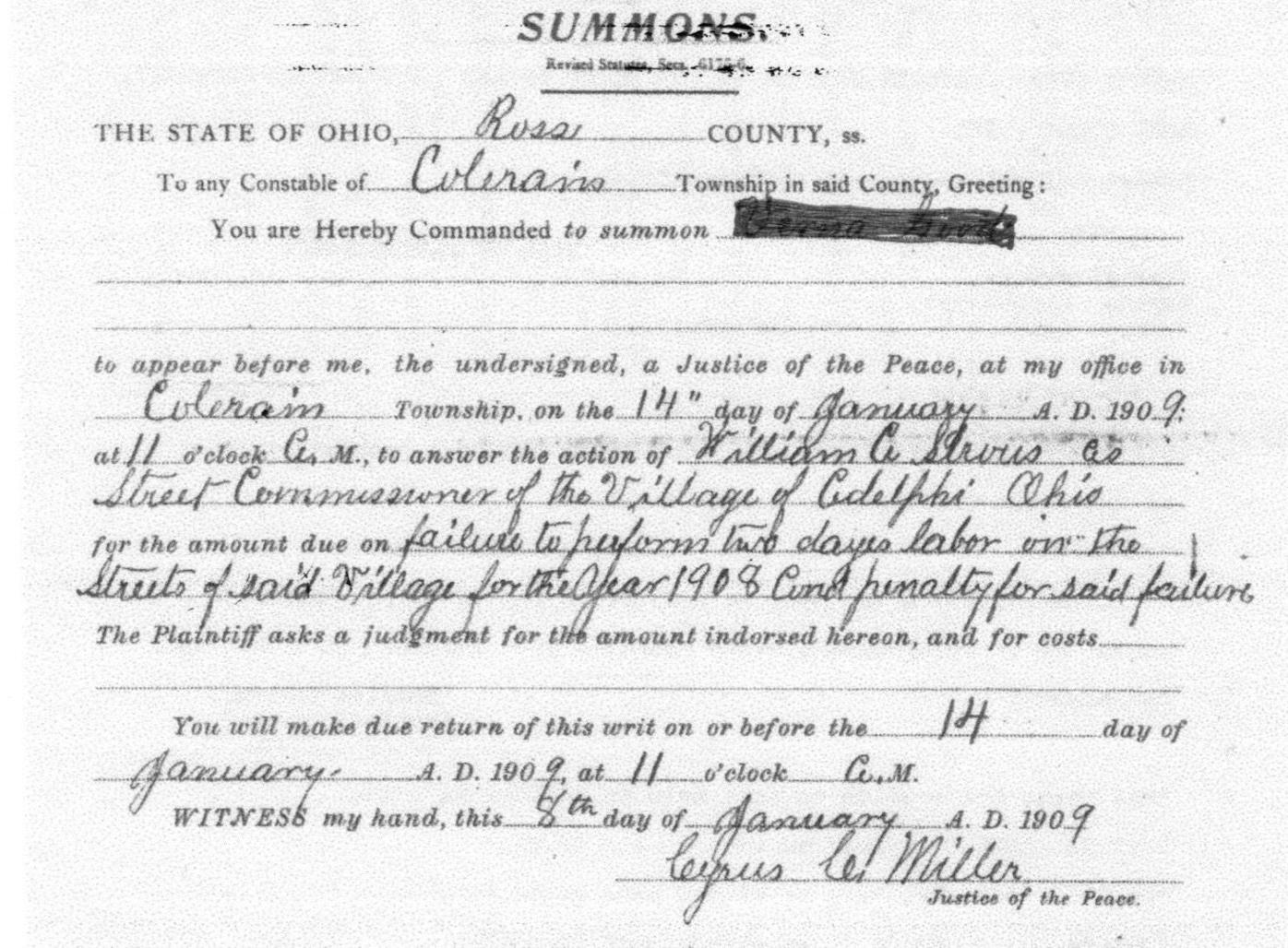 Our historical and genealogical library holds approximately 140 volumes of justice of the peace dockets, both civil and criminal. Justices were elected and sometimes appointed officials serving as a judge in cases which were small in nature.

There were usually at least two of these officials in each township. They operated from their homes and were able to call witnesses, take oaths and sentence offenders as well as making judgments in favor of one of the parties to each suit.

Also held by our library are dockets from our neighboring township of Colerain in Ross County. Cyrus Miller, Edward Richter, A.J. Hinton and A.J. Wiggins were justices who shared a large leather docket book over their years in office.

Most of their cases involved the collection of a small debt, but occasionally there would be an assault case which required witnesses to be called into the justice’s office. Matters over animals which had been damaged or borrowed without timely return caused a case to be filed.

W.C. Boecher, a Hallsville Merchant, and Dora Hosler, an Adelphi shopkeeper were frequent users because they would allow an account to be kept by a customer for quite a long time and then when it could not be paid, suit was filed.

Neighbors would sign a bond stating that if the damages were not paid they would guarantee payment if the court’s order was wrongfully obtained.

Unfortunate ladies who found themselves unmarried and pregnant could file a suit against the father and cause him to pay support for the child. Marriage licenses would be obtained to stop these proceedings, and several of these were filed in the cases before the justice.