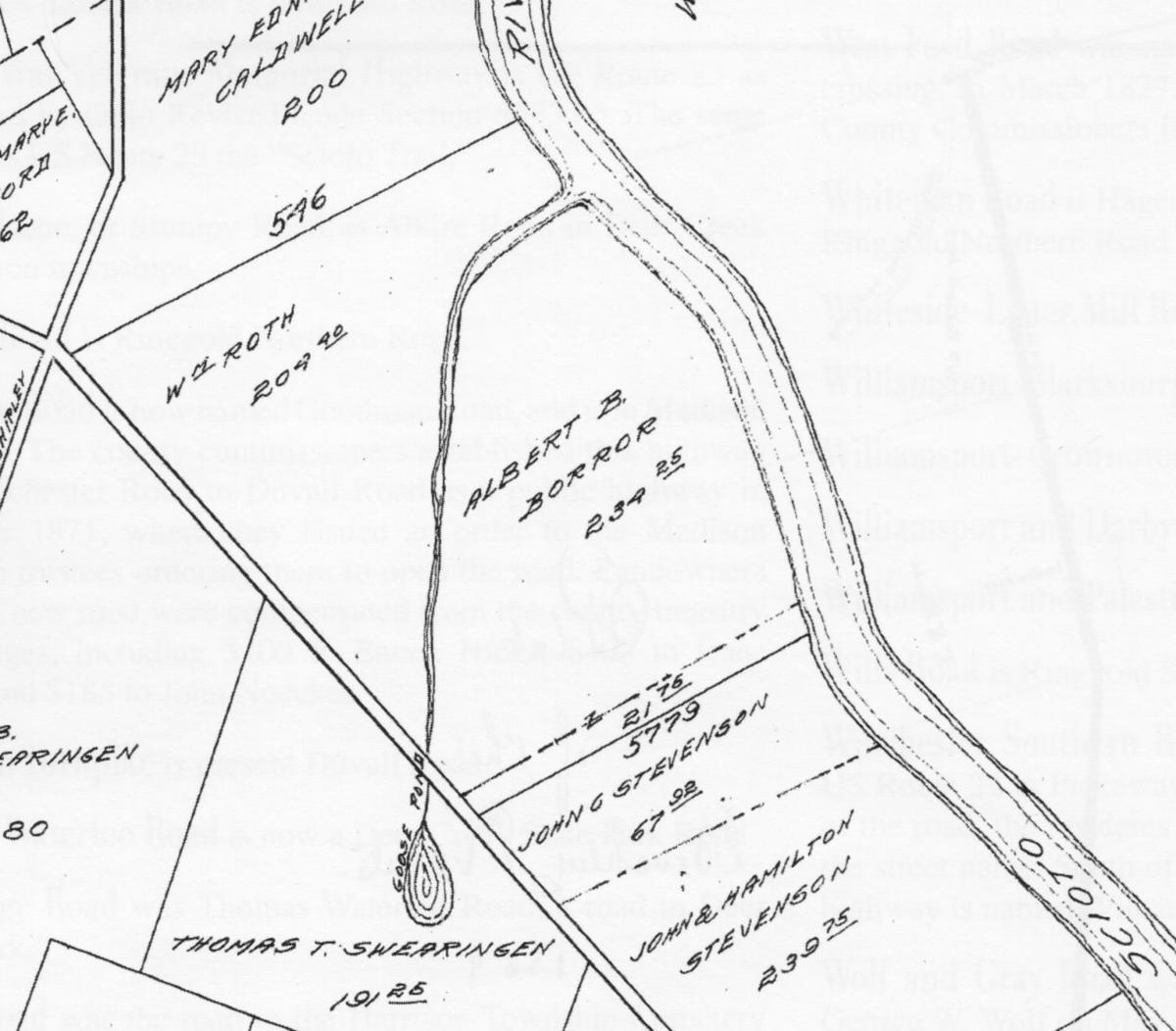 There are lots of places in Pickaway County to look for when you are out taking a drive. Try to find some of these as you drive around.

Mowery Mound is located in Jackson Township, north of Commercial Point Road, on the eastern side of state Route 104.

Dewey Park was a picnic and recreation site on the eastern side of state Route 104 at Darby Creek in Jackson Township.

Hog Run was a name given to Yellowbud Creek, also called Yellowbud Run, a stream in Jackson and Wayne Townships.

Circleville’s aqueduct was a covered bridge-like wooden structure that held sufficient water to maintain canal flatboats as they carried cargo on the Ohio Canal over the Scioto River. Looking south from the U.S. Route 22 bridge over the Scioto River, you can see remnants of the aqueduct pier foundations during periods of low water and the eastern masonry abutment with its water level markings remain as well.

Bald Knob is the hill on the south side of Hayesville Road, east of Whisler, where Monnett Cemetery in Saltcreek Township is located.

Gentselville is on state Route 56 between South Perry Road and Tarlton Adelphi Road in Saltcreek Township.

Bazore’s Mill is listed on the National Register of Historic Places. It is also known as Yates, Jones and Ely’s Mill. It was constructed around 1814 by David Yates. This former gristmill and sawmill is located on the west bank of Deer Creek and the northern side of state Route 138, south of Williamsport.

Big Walnut Creek, known historically as the Gahanna River and as Big Belly Creek, enters Pickaway County in northern Harrison Township on the west side of U.S. Route 23, and from there, it flows west into the Scioto River.

Near the Shawnee Villages on the Pickaway Plains is located the Burning Ground. It is situated at the top of the hill east of U.S. Route 23 on Emerson Road in Pickaway Township. There is an historical marker at the site.

Camp Lewis was the site of the historic military encampment in October 1774 by Col. Andrew Lewis and the Virginia Militia. It is located in the area of Wolf Road in Southern Pickaway Township on the banks of Congo Creek.

Enjoy finding these places and look for more in a book published by the Pickaway County Historical Society entitled Pickaway County Place Names. It is for sale by the society at the genealogy library.