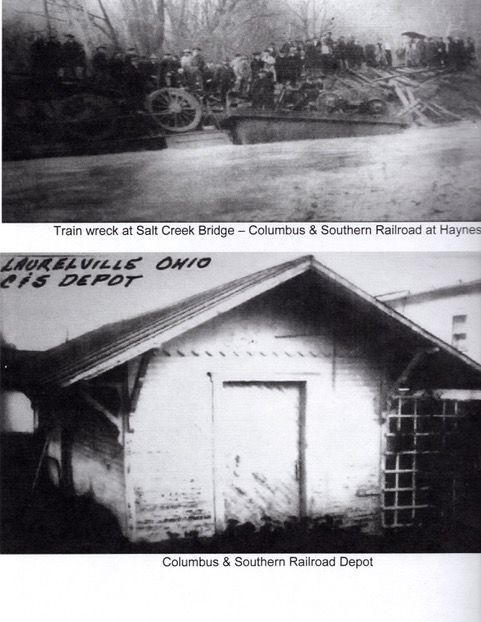 Between 1902 and 1915, the Columbus and Southern Railroad ran between Wyandotte Junction and South Bloomingville through the Laurelville area.

The railroad had no roundhouse to turn the engine around, so it went forward one way and backward the other. It earned the nickname of “Old Push and Pull.”

The engine became known as “Old Rosie.” The train ran when speed was not an important issue. The schedule called for a morning run from South Bloomingville to Wyandotte Junction, then back to Laurelville. The afternoon called for a return to the Junction and completing the schedule at the starting point in South Bloomingville in the late afternoon.

Passenger cars and freight cars were in the same train. They hauled coal, rail ties, lumber and telephone poles and the mail, along with a few passengers. The line was supposed to go all the way south to the coal fields of Athens, Vinton and Hocking Counties, but was stopped by the hilly terrain.

It went no further than South Bloomingville. Severe floods of 1913 damaged large sections of roadbed and trestles. The line was abandoned in 1916.