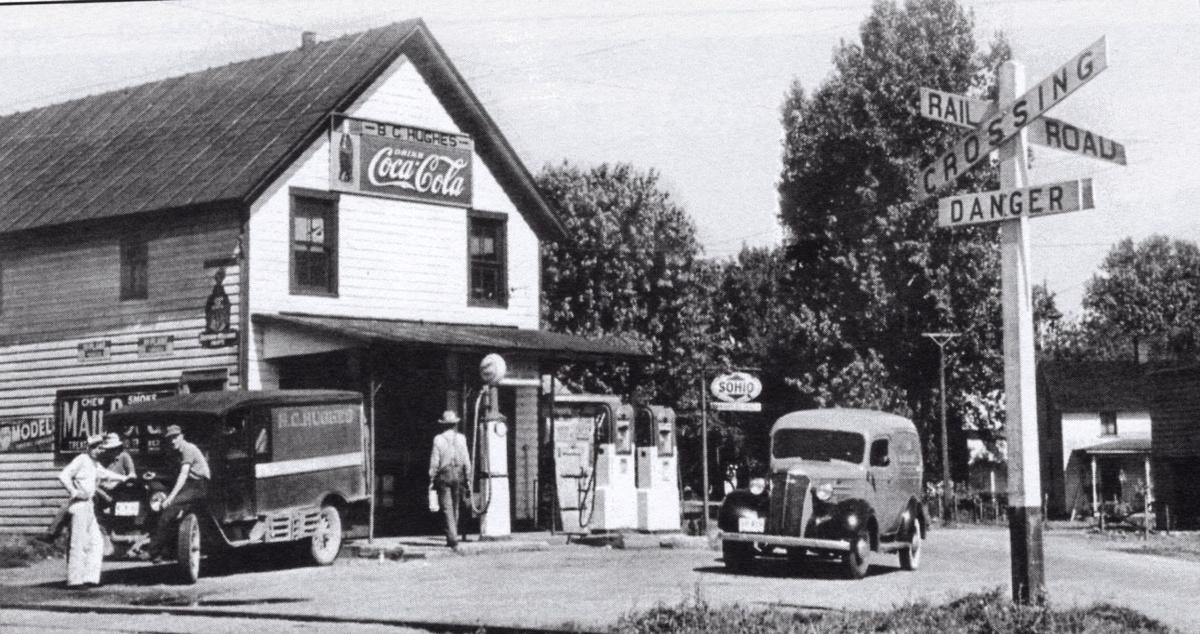 When Dr. Byron Stinson set out to investigate and record his family’s history, he made charts, obtained pictures of those in the family and collected news articles, obituaries and wedding announcements. To these, he researched until entire families were recorded in his notebooks.

Stinson went a bit further in his recording of family. He also recorded friends and neighbors, with silly or stirring memories of those who lived close by or those who were “nearly relatives”. The result was at least two notebooks of New Holland and its occupants. Business photos were identified, as well as places that are no longer standing. Everything from the churches to the bars was remembered and usually a story was recorded about an event or time to go along with the pictures.

So great were the number of photos of those places and people near and dear to New Hollanders that the genealogy library decided to do a book entitled “Historic New Holland in Pictures”. The book is dedicated to the efforts of Doc Stinson. It also contains pictures from Atlanta and the area surrounding New Holland.