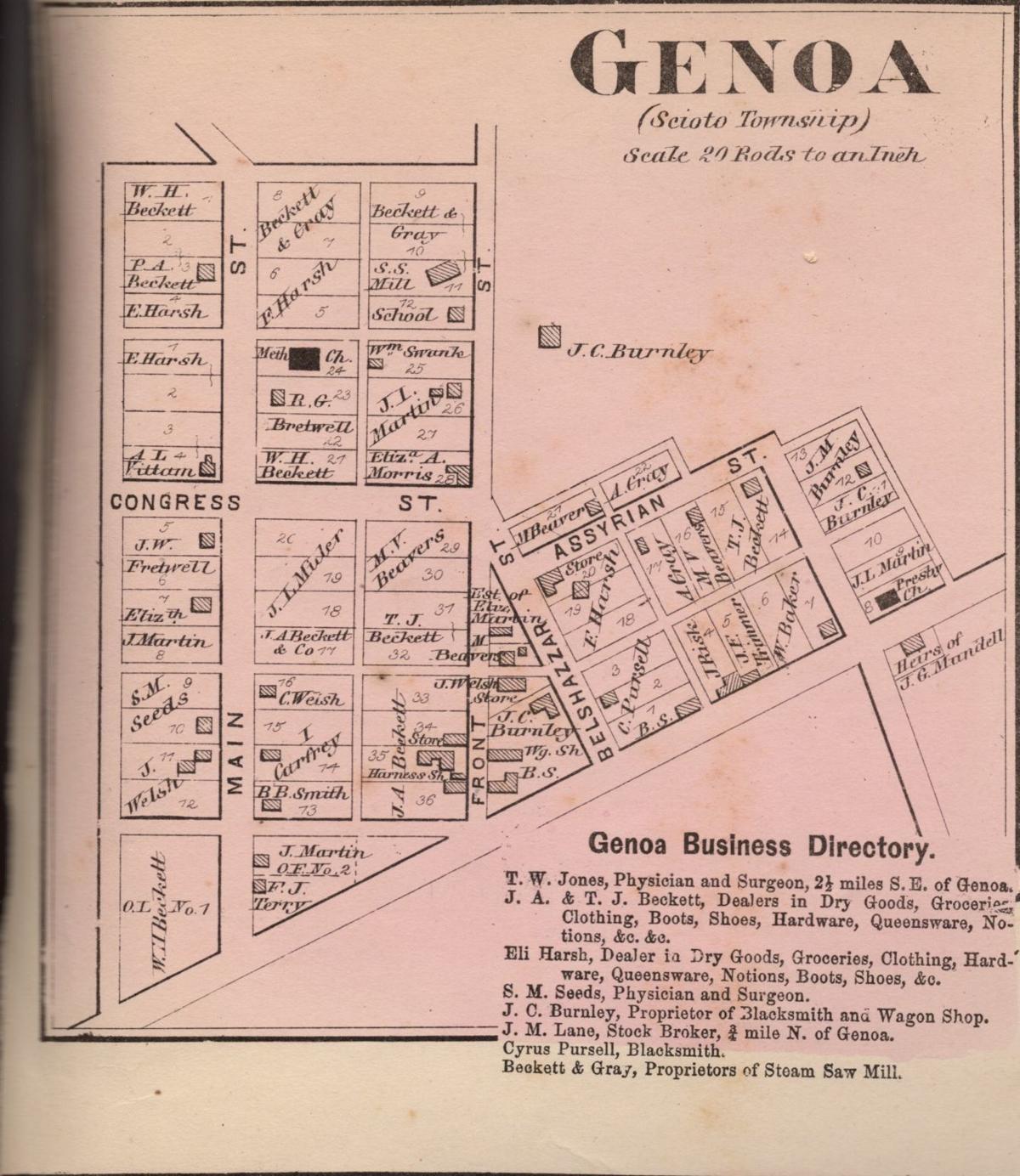 Wiley H. Beckett, his parents and their seven children, moved from eastern Virginia to Ohio in the fall of 1829. They settled in Scioto Township, Pickaway County. They moved into an 18 x 20 foot one-story log cabin on land formerly owned by Jacob Combs.

Wiley married Magdalena Akerly and they became parents of 11 children. In 1841, Wiley purchased 238 acres of land in Scioto Township. He laid out a town there, which he called Genoa. Two years later, a man named James H. Burnley laid out an adjacent piece of land he called Rome. These two men did not get along and a fence was built to separate the two villages. A triangular piece of ground, dubbed The Devil’s Half Acre, was located in the middle of these two tracts.

Wiley opened the first store in Genoa in 1844. He ran the business until 1852 when his son, James A., took charge. The business then became J .A. Beckett and Company. Wiley was the first postmaster and James was the first mail carrier. James rode horseback to the Scioto River crossing at the Bloomfield bridge, crossed in a canoe and walked to the Bloomfield post office. With new mail, he returned to the river, crossed in the canoe and rode the horse back to the Genoa post office.

Genoa was incorporated by an act of legislature on March 21, 1851, and the first election was held on March 8, 1852 when A. F. Beckett was elected recorder. In 1872, the name of the village, Genoa, was changed to Commercial Point. This was the name of the post office in Beckett’s Store.

Wiley H. Beckett’s store ledger is preserved at the Pickaway County Historical and Genealogical Library where it is available for study.