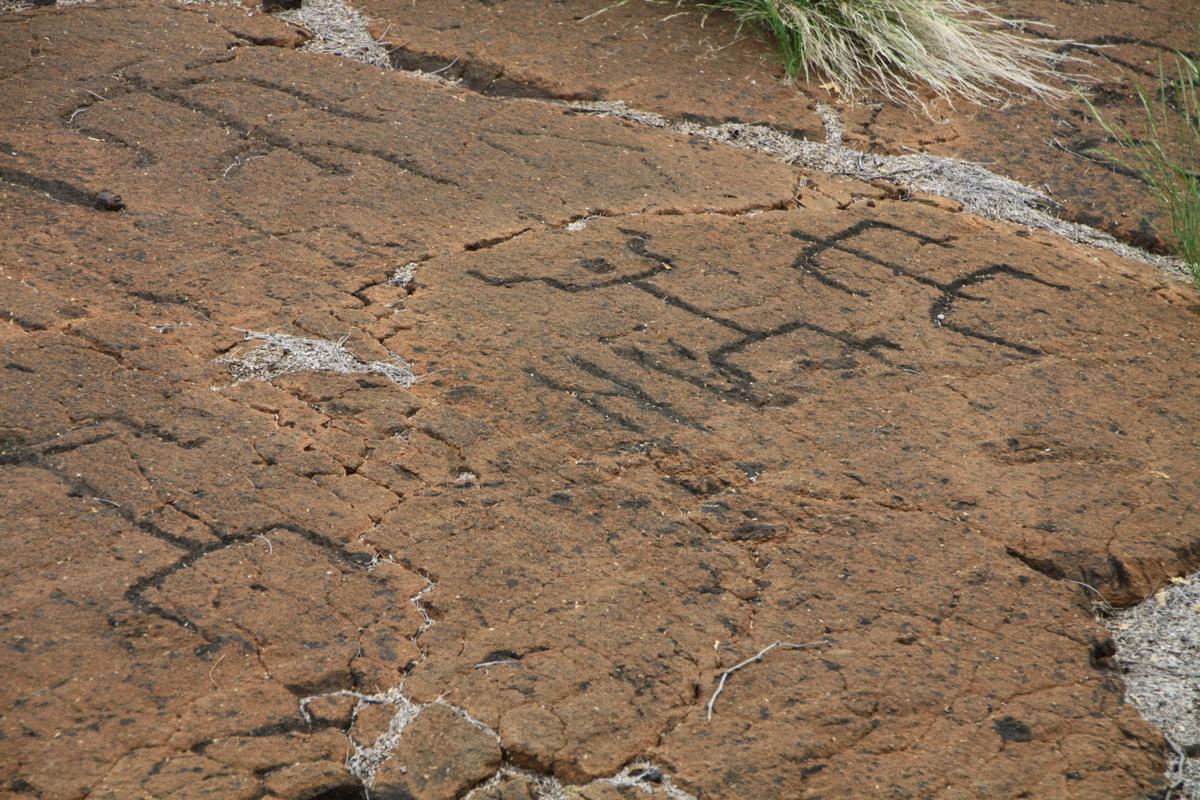 This lava rock is full of petroglyphs. 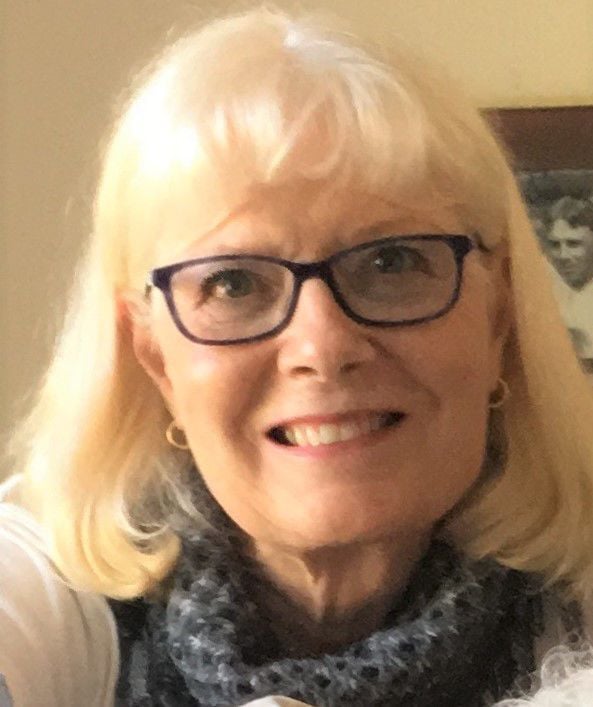 Aloha! I promised I would tell you about our favorite Hawaiian activities. I could say we enjoy surfing, parasailing and swimming with sharks, but that would be stretching the truth — really stretching it.

Actually, this year, we tried to sign up for a nighttime manta ray swim, but they don’t accept anyone over 65!

We like Hawaiian creatures. Hawaii is so far from other land masses that it is home to some fauna that are not found elsewhere, and they sure aren’t found in central Ohio. The day we arrived, we noticed a lot of people on the shoreline at our Kona Reef condo. We went down to check it out and came across an enormous monk seal, the fattest we have ever seen, and he was only 10 feet away, sunning himself on the lava rock.

Our next sighting was on Ai’opio Beach, just north of the Kailua-Kona marina. Offshore reefs protect this little cove and green sea turtles feed on the grasses and sun on the rocks. We maintained social distancing, but got close enough for great photos.

Our whale watch was once again successful. There are whale watch cruises out of Kailua-Kona, but we have better luck 35 miles north at Kawaihae with Ocean Sports. This time we got closest to a mama and baby humpback whale with their “escort” close at hand. They hung around the surface for a long time, spouting and waving their flippers. We did not see a breach, but we did see their tail flukes as they finally dove.

While enjoying our final cup of coffee on the balcony of our Kona condo, we spotted a whale “sort of” breaching. It popped up out of the water (to about its waist) three times, maybe 100 yards offshore. There was an excited cry from everyone lucky enough to be watching.

The Hilton Waikoloa Village Dolphin Quest, about 26 miles north of Kailua-Kona, is a great stop, especially for children. Trainers and hotel guests interact with the very talented dolphins. Also, there is a lagoon around the sprawling hotel and you can travel around by boat, tram, or on foot. Make sure to walk under the waterfall!

We love seeing the state bird, the nene goose, around the volcano area, and even the mongooses. The mongoose was intentionally introduced to the islands to kill rats in the sugarcane fields. The problem is, rats are nocturnal and mongooses are diurnal. Instead of rats, the pests have played havoc with the native bird and turtle populations.

We also like Hawaiian history and culture. Petroglyphs (rock carvings) abound on the Big Island. The largest field is near Puako, 30 miles north of Kailua-Kona, but the one-and-a-half-mile trail to get to them is pretty difficult. It is a 1.4-mile hike with no shade to the petroglyphs on Chain of Craters Road south of Kilauea Volcano.

The easiest-to-see petroglyphs are in Waikoloa, near the King’s Shops. Park near the gas station and follow the signs. They are right there between you and the golf course!

Plan to spend at least one full day at the volcano area. There are many things to see and do. Start off at the visitor’s center where you can see short films and talk to the rangers for tips about what is going on and the best places to see it. There are no above ground flows at the present time, so spend your time at the top of the volcano. We like to see Kilauea Caldera and Halema’uma’u Crater from Crater Rim Drive on both the north and south sides of the volcano.

Unfortunately, there is no longer access to the Jaggar Museum and its spectacular perspective of Halema’uma’u, but there is a wonderful view from Volcano House. We like to have lunch there; try to get a table near the picture windows. Don’t forget to take your national parks membership card to get in free.

I saved the best for last: the hula. David loves the hula. We have seen many hulas in many venues. We have even attended hula competitions that lasted for hours — and hours. We enjoy the hula shows that draw locals, not tourists.

Many are performed by local hula halaus (hula schools). The free performance at the Keauhou Shopping Center, six miles south of Kailua-Kona, is very good. It is at 6 p.m. on Fridays and features many keikis (children). Get there early for a decent seat, and eat at L&L Hawaiian Barbecue afterward.

We like to have dinner at the Kilauea Military Camp buffet when we are at the volcano. On some Fridays, they have a halau from Hilo that performs. You will probably be the only non-locals there. If you are fortunate enough to be in Kailua-Kona for the Village Stroll, held one Sunday a month, be sure to catch the hula show behind the Hulihe’e Palace at 4 p.m.

We sat on the lava rock sea wall and glimpsed a whale behind us while watching a great hula show in a colorful backdrop.

Hawaii no ka oi! Hawaii is the best!