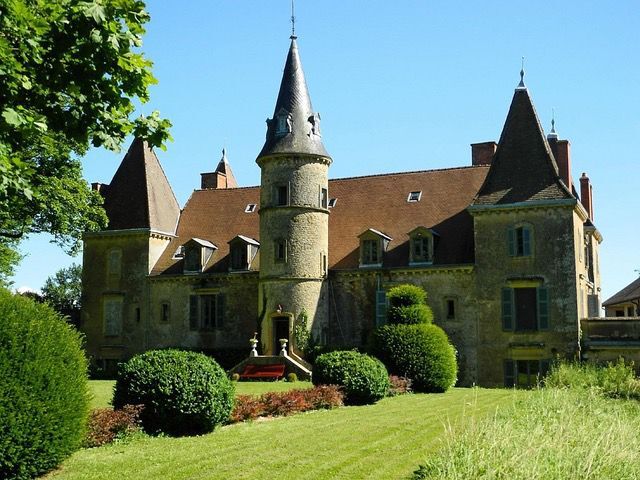 The Château de Vaulx with our round-tower bathroom. 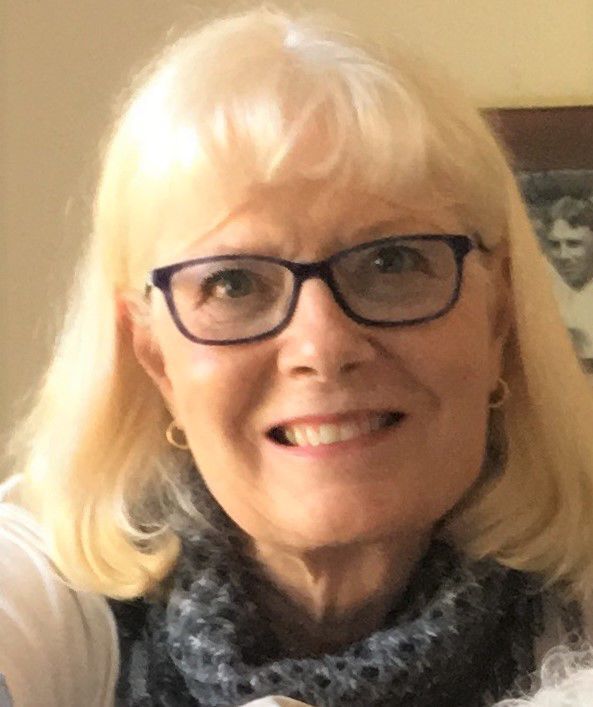 After having had such success with luxury accommodations in northern France, we headed south. But first, we spent hours visiting real bona-fide opulence at the incomparable Vaux-le-Vicomte château.

This château is like Versailles without the crowds. In fact, it has quite a connection to Versailles. When Louis XIV was invited to a house-warming party here by his finance minister, he liked the château so much that he accused the man of cooking the books, and threw him in prison! Then he stole his designer, his architect and his landscaper and began work on Versailles. It must be nice to be king.

The château itself is magnificent, the gardens are magnificent and the many public toilettes at the château are among the finest I have seen in France!

We stopped that night in fine wine country, where we were greeted with a cold drink, which we drank on the cozy terrace. We had reserved dinner, and were we glad we did! Always take the meal if it is offered; you won’t go wrong.

Our hostess explained each course and its origins. We had local Sancerre wine (both white and red), veal from a neighbor’s farm and the renowned local cheese, crottin de Chavignol. All the vegetables came from the garden. This meal was served family style, and we had a built-in French family. The other six at the table had driven from northern France to spend the weekend visiting the Sancerre wine district. They stayed two nights; I wish we had!

Breakfast was a real hit with David; cereal was included for the first time! We ate again with our new-found friends on the terrace. It cost us $38.70 for the room and breakfast, and $14.70 each for dinner, including wine and coffee. This B&B has now become a weekly rental, so I cannot compare prices.

Time for another château! The picture in our luxury guidebook drew us to the Château de Vaulx. We were again greeted with a cold drink before being shown to our immense room. The château has been in the same family for 800 years — and I’m certain the floors have squeaked for the last 700!

Our room was like an apartment and the ensuite bathroom was in a round tower (think Rapunzel) and had a very deep claw-footed tub. Nice!

Monsieur invited us to his “petit pub” for an apéritf before we set out for dinner in a nearby town. The room and large breakfast were $53.33 (now $118), and monsieur even power-washed our windshield before our departure! Even at today’s price, this is a gem.

I planned badly, and poor David had to drive too many hours over difficult back roads the following day. Even though we left before 9 a.m., we didn’t arrive at our next B&B until 6 p.m. — and most of that was driving time, not sightseeing time.

The Domaine de Laurade was very difficult to find, even with directions. I had to call twice and have someone stand out near the busy Provençal road to flag us down. We got a welcome pitcher of minty iced tea for our efforts.

Fortunately, we had reserved dinner for our first night, which turned out to be the birthday of the daughter of the house! We were invited to share in the gift opening before dinner.

We had an excellent five-course meal in the château dining room with the family. It was the first time our B&B hosts dined with us. Much of the conversation revolved around French/American habits and differences, since one of the sons is married to an American and lives in the U.S. The room cost $40, breakfast of bread, croissants, cereal (!), orange juice and tepid café au lait was an additional $4 each, and dinner was $13.33 each (wine included).

The guest quarters at the Domaine de Laurade are not in the château; they are in an adjoining 450-year-old stone manor house. It sounds grand enough, but this was not the luxury we had become accustomed to. Since this B&B is no longer in business, I could not compare prices

So, we did indeed find it possible in 2001 to live high on the hog in France for much less than one would think. There is no way we could have dined and slept as well in the U.S. on the same amount of money.

Calling all cost-conscious Americans with champagne taste and dreams of grandeur: go to France and wallow in the good life. Expect to pay more now, but c’est la vie!

This will be my last Travel Talk article. David and I are done talking about travel; we are going to get back to it — in a big way. We are moving to the Sandy Eggo area to enjoy the good life of year-round balmy weather and proximity to my brother and sister. Au revoir!