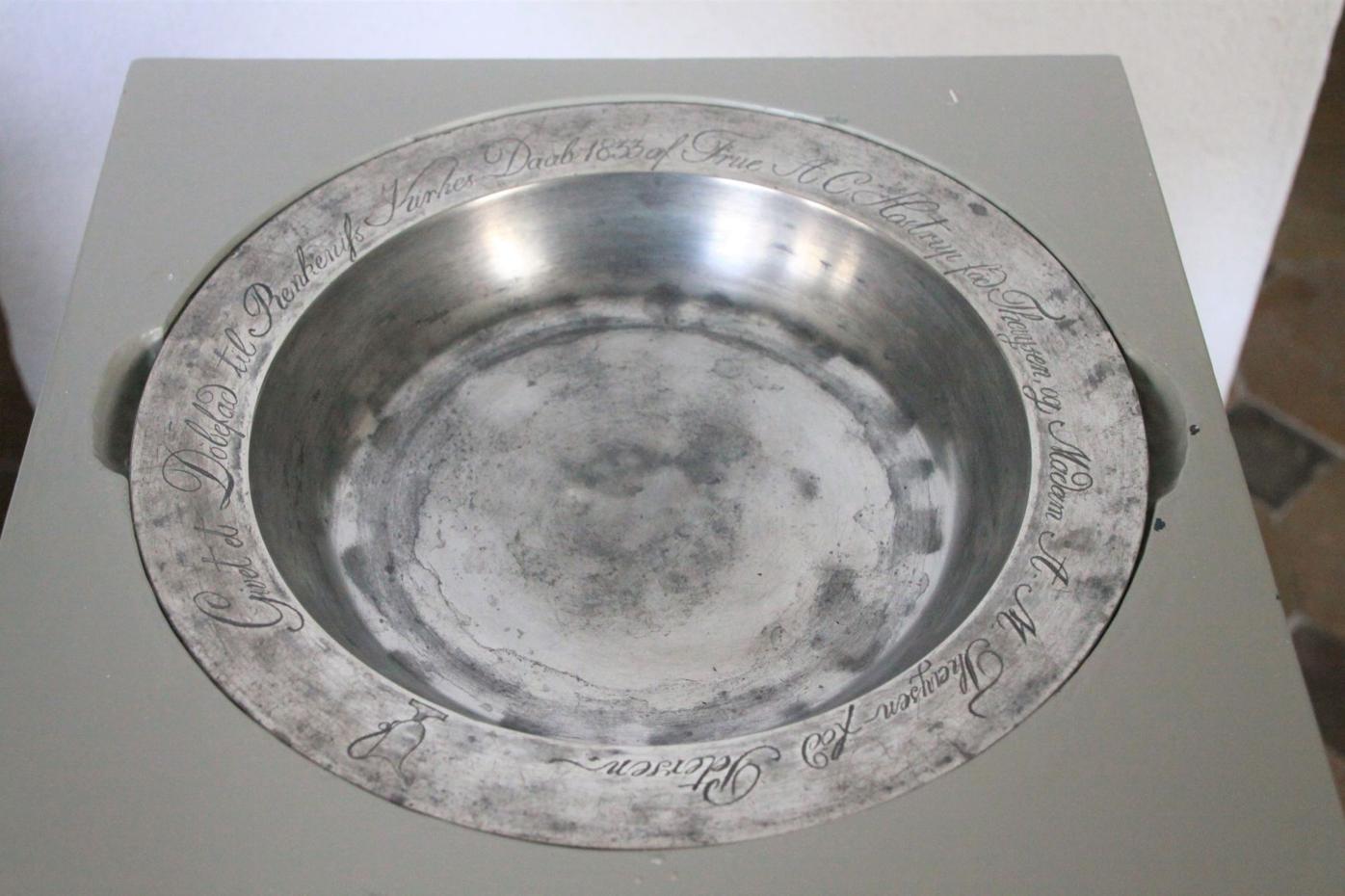 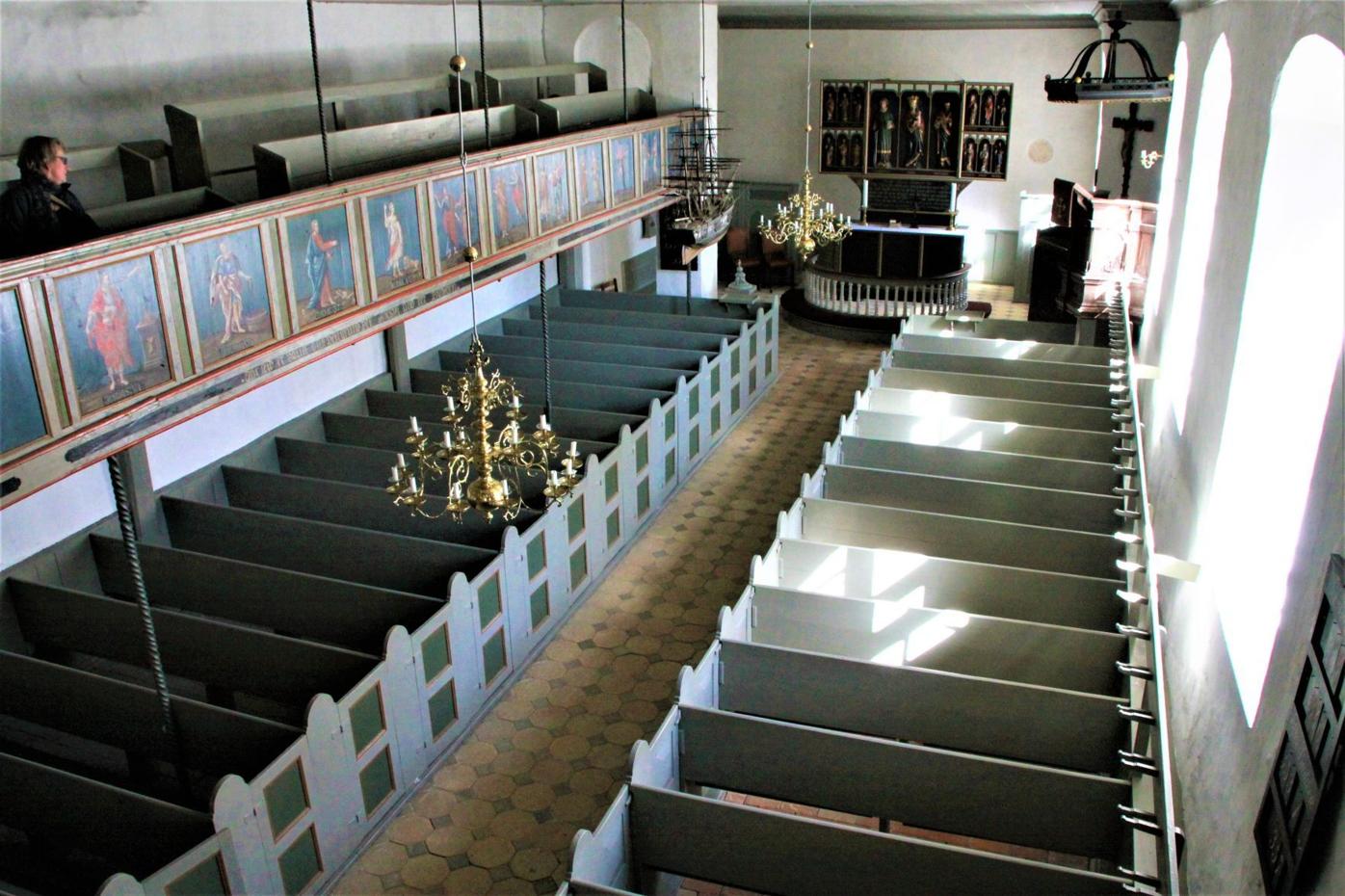 Paula Prindle’s family’s parish church in Rinkenæs is one of the three oldest in Denmark (1158). It is still lit by candles — 97 of them!

Paula Prindle’s family’s parish church in Rinkenæs is one of the three oldest in Denmark (1158). It is still lit by candles — 97 of them!

Last month, we looked at some travel tips that we have learned from experience. Here are a few more:

Tip No. 5: Look up relatives. An American cousin, looking to enlarge his family tree, contacted my immediate family several years ago. When I told him David and I were heading for Europe (specifically Belgium on that trip), he asked if we would mind looking up the grave of a family member who died in World War I and was buried outside Ypres, Belgium. He wanted a photo of the grave, and he said that Danish cousins would also like one.

That’s how it all started. Brad hooked me up with Kim and Ulla, and I contacted them several years later, after booking a cruise that departed from Copenhagen. They invited us to visit! Kim drove us clear across Denmark to where my family is from, and where Ulla still lives. They showed us the church where my great-grandfather, who immigrated here in the 1880’s, was baptized.

Two years later, they took us to eight churches and cemeteries in southern Denmark and northern Germany where many other ancestors were baptized and/or buried. Kim made them all come alive with details and stories. My favorite was of my great-great-great-great-grandmother Catharina, who was listed in the church register as a whore!

Tip No. 6: Don’t be shy — look up friends of friends. A paratrooper friend of ours jumped into France and Holland in WWII, and fought in the Battle of the Bulge in Belgium also. He made multiple trips back to Europe, and made friends in every country every time. He set us up several times with friends in France and in Holland. These people also lived through the war years and provided a unique point of view.

One took us to the Dutch sites where Jake’s unit fought, and told us how, as a kid, he and a bunch of friends wrote out “Thank you boys” on the ground in daffodils (!) to thank the American and British pilots who dropped provisions to them after the Hunger Winter of 1944-45. He said they were reduced to eating tulip bulbs during and after the very harsh winter, the bad crops and the food embargo imposed by the Nazis.

Friends of Jake in Normandy took us in for three days and drove us around in a ‘76 Cadillac to many often-missed D-Day sites. We have visited with them twice since then and now consider them our friends also.

Tip No. 7: You have probably heard this one before. Reserve ahead for tours you feel you must take. On a cruise to Norway, we missed out on a fjord day cruise we had hoped to take. We didn’t sign up for the ship’s excursion, planning to buy our own tickets in port (cheaper).

In fact, on Cruise Critic we had gathered many other fellow cruisers interested in doing the Lysefjord tour and decided we would all go over together and get the group discount. You know the end of the story; the Lysefjord cruise was sold out and all of us “missed the boat.” Reserve ahead, whether you choose the ship’s shore excursion or a local provider. You can often buy tickets online. That leads us to...

Tip No. 8: Always have a Plan B. As soon as we heard that our Lysefjord cruise was sold out, we headed for the town’s tourist information booth. We had done some pre-cruise research on Stavanger, Norway, so we knew there were options out there; but we needed some on-site info to find the perfect fit.

We asked if a do-it-yourself trip to the Iron Age Farm was possible (and practical), and for the specific information we would need. Armed with the farm hours, the bus schedule and directions to the bus stop, four of us headed out of town on an adventure. We lucked out by arriving before the ship’s excursion to the prehistoric farm.

We were given free entry since they were actually only open for ships that day — and we got a private tour for the four of us and one Norwegian couple! One of the docents even baked bread on the hot rocks for us. Our ship’s tour bus came as we were leaving, and their guide told us we undoubtedly had a better (more personal) tour than the busload would. Our Plan B turned out to be one of our favorite (and cheapest) memories of our Norwegian cruise.