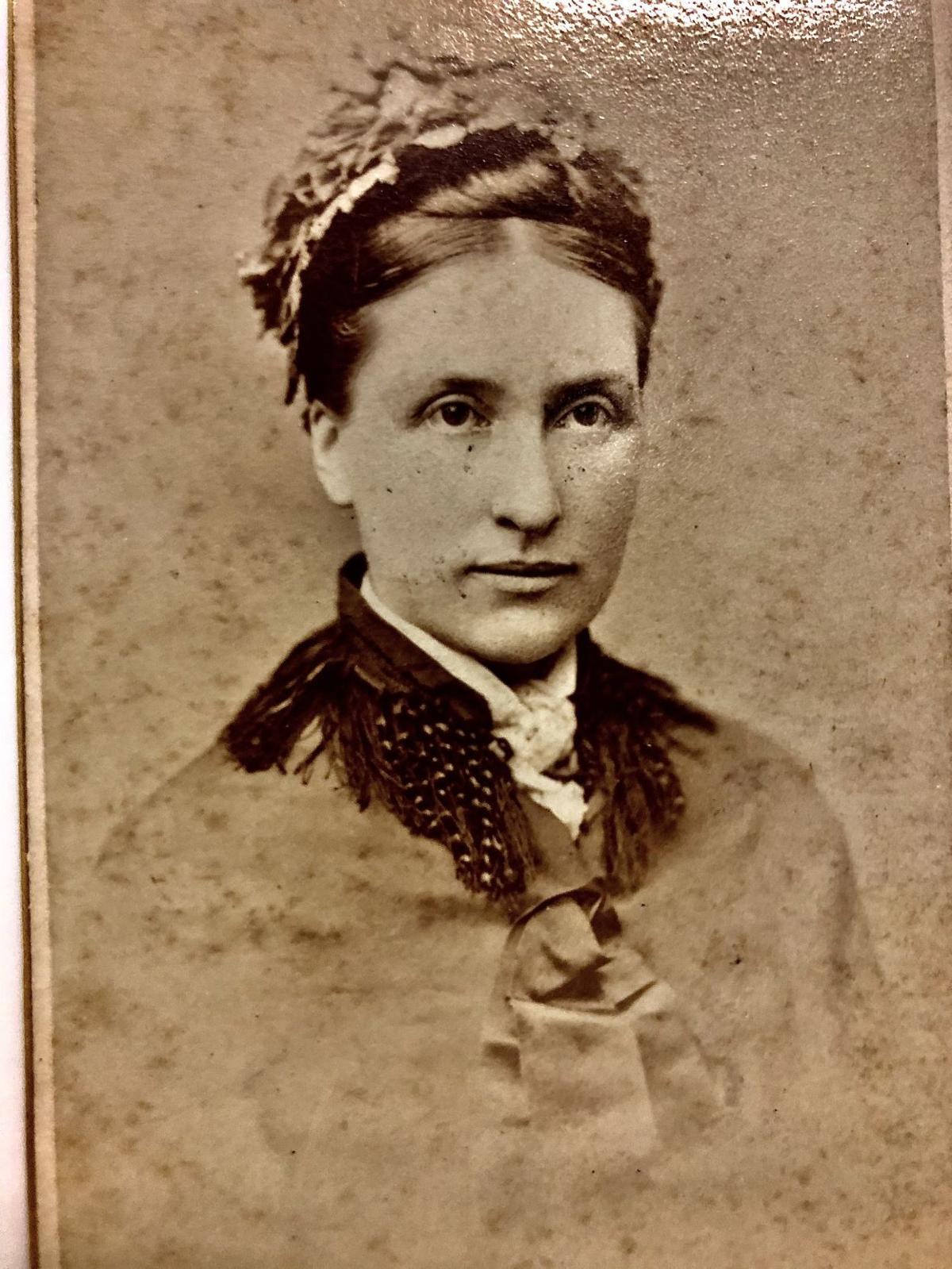 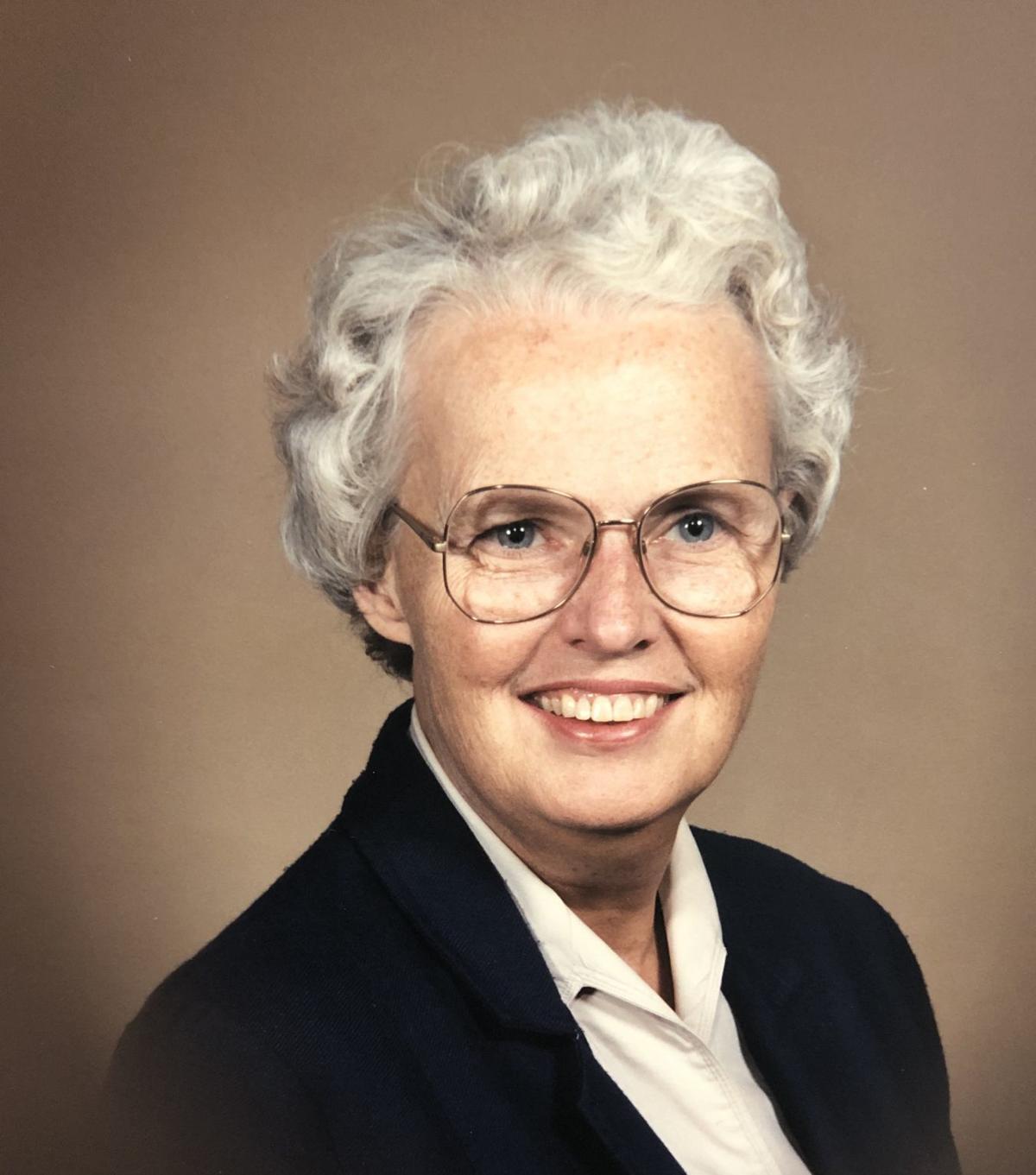 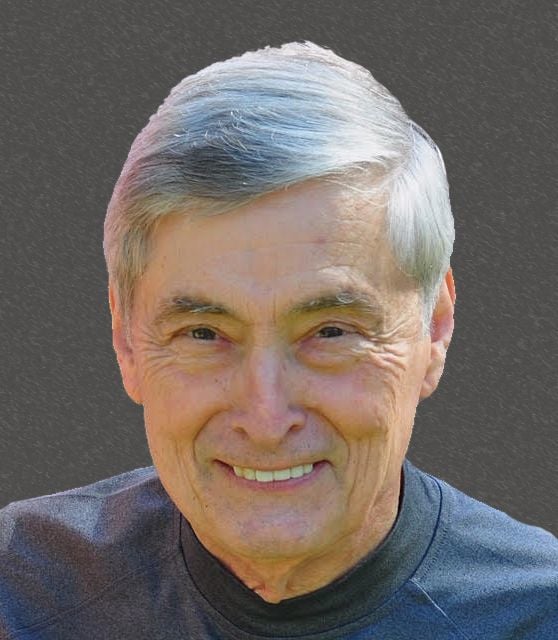 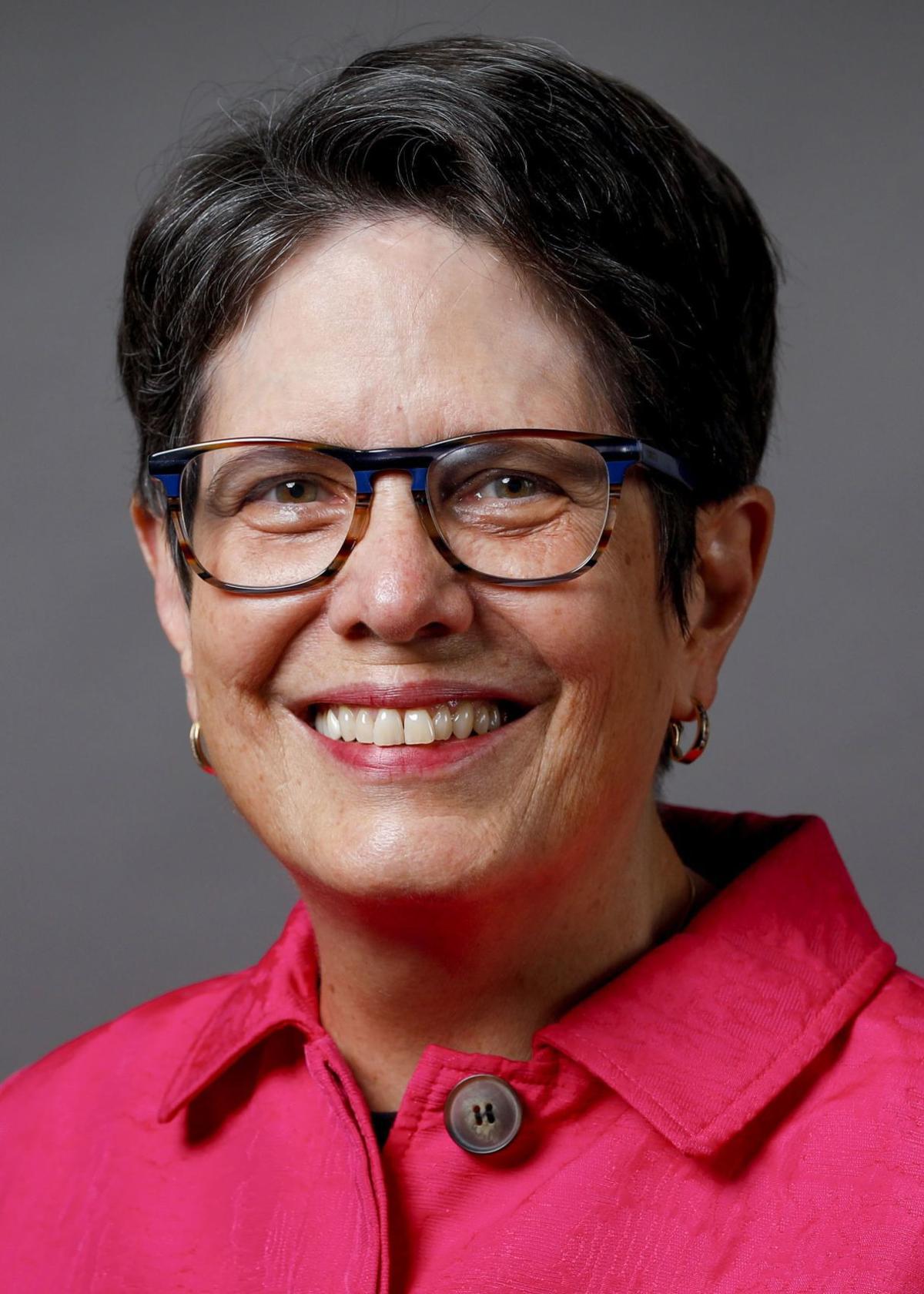 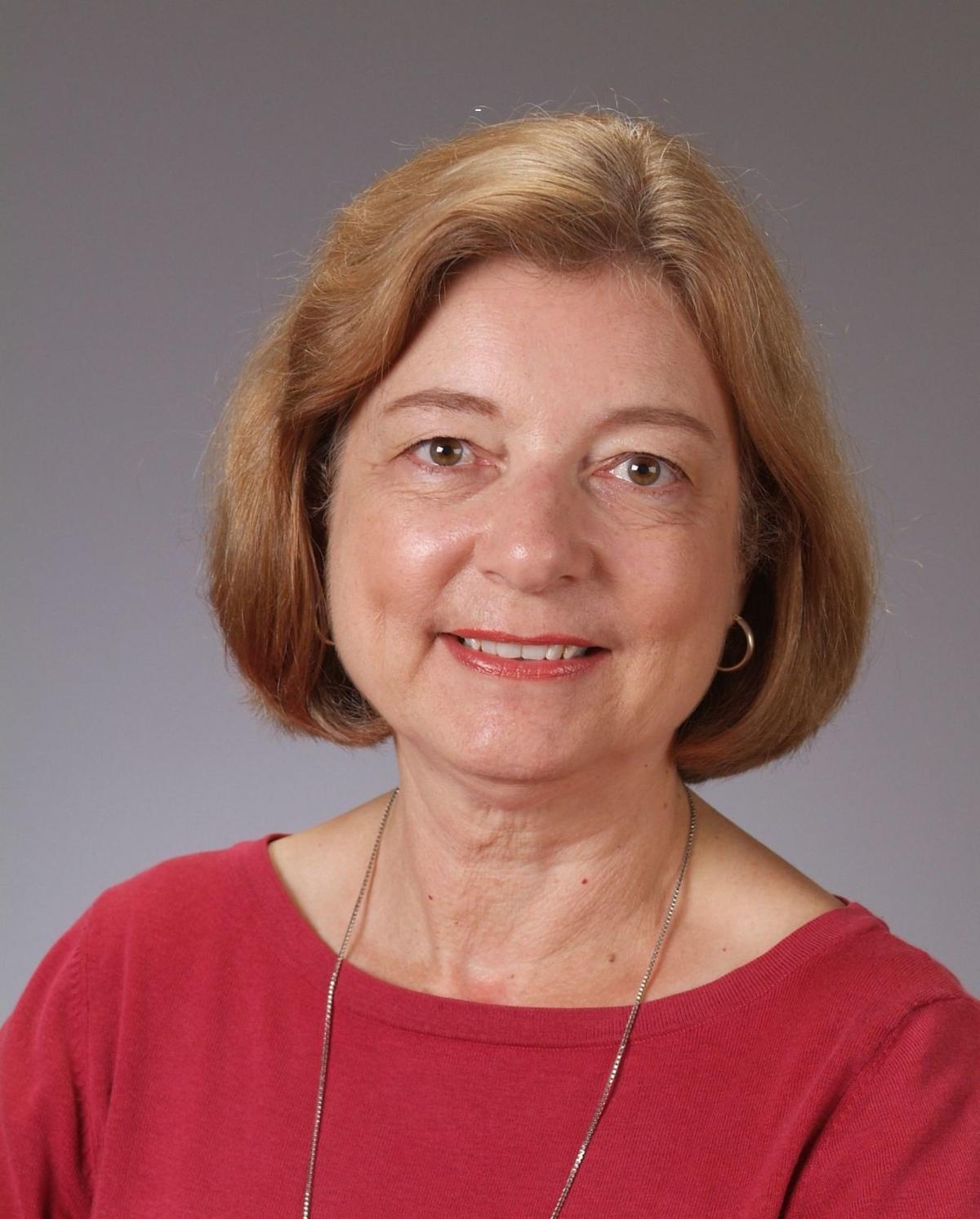 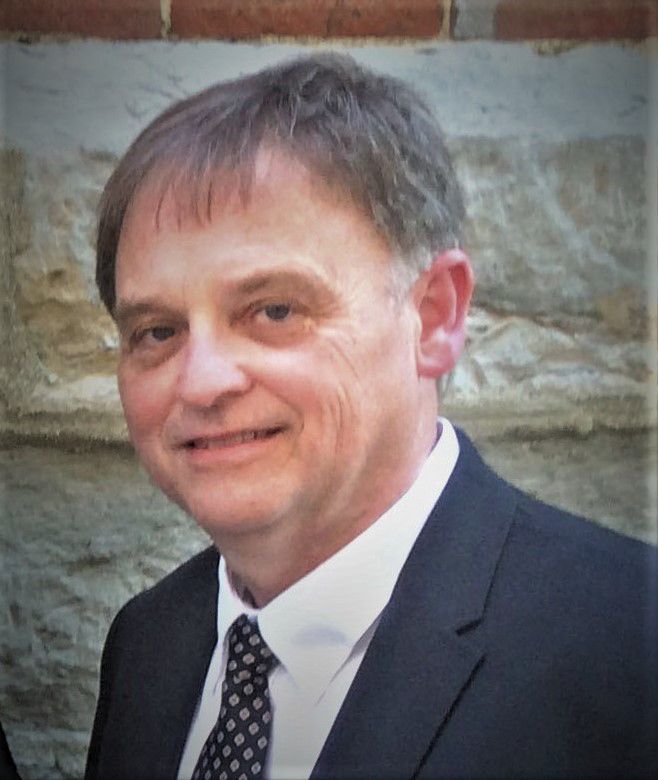 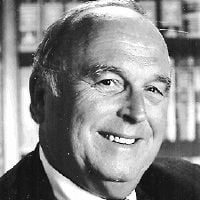 CIRCLEVILLE — Local heroes of our community, as well as those who have made a difference in other states, countries and decades have been inducted into the Circleville High School Achievement Hall of Fame in 2020.

“Although the ceremony was postponed, we feel it is important to still highlight the inductees’ accomplishments at this time,” he added.

The induction ceremony scheduled for March 28 was canceled due to coronavirus shelter-in-place orders.

“Although no rescheduling plans have been made, there will be a celebration for the 2020 inductees even if it’s next year,” according to Julie Scherer, hall of fame chair. “When we work with inductees or their families for this event, we develop a strong sense of ‘Tiger Pride’ that should be shared with the community.”

The inductees and their stories are:

Elizabeth Catharine “Lillie” Darst was born in 1846. She graduated valedictorian of her class in 1865 from Circleville’s Union School, and it was during those school days she first showed an interest in writing. She excelled in both literature and business. Sometimes using the pseudonym of “Kenneth,” her poems were published in newspapers throughout the country including New York, Philadelphia and Canada.

She was a member of St. Philip’s Episcopal Church, which was the subject of four of her poems. The proceeds of one poem helped with construction of the present church on Mound Street.

To support her four younger siblings and invalid mom, she worked at the Cincinnati Commercial as a correspondent. In May 1875, she leased The Circleville Herald and became its editor for the next eight years until her death in 1883. She was the first woman editor of a newspaper in Ohio.

In 1881, she became the first woman to hold the position of engrossing clerk of the Ohio State Senate making copies of laws that were passed. She took this job in the hopes of reporting on legislative and political matters.

She died at the age of 37. Because of her journalistic and political esteem, the Capitol flag in Columbus was flown at half-staff. This was the first time in the history of Ohio that such respect was given to a woman. She is buried in Forest Cemetery.

A trail-blazing female clinician, Emily Lutz was the first woman to complete a four-year residency program at the University of California at San Francisco.

After attending prestigious educational institutions such as the Ohio State University, University of Illinois and University of California, Dr. Lutz began her career as an instructor and professor before becoming a respected OB-GYN.

Dr. Lutz later traveled internationally as she combined her love of medicine and sports. She was the first woman chosen as an olympic physician, where she served as the US team physician for both the Pan American Games in Venezuela and the XXIII Olympic Games in Los Angeles.

For her work in sports medicine, she received award from Ohio State University College of Medicine and the Recognition Award from the American Medical Women’s Association.

Her love for travel and sports medicine did not detract from her love of her hometown, as she returned to Circleville to serve the community for 30 years as a trusted physician. It is estimated that Dr. Lutz delivered more than 3,000 babies in her tenure in Pickaway County.

Dr. Lutz was actively involved locally at Berger Hospital, the YMCA and St. Philip’s Episcopal Church. She received a Recognition Award from the Pickaway County Health Department for low income prenatal care. She passed away in 2019.

David finished seventh in his class of 120 and placed first in the county on the Ohio Senior Achievement Test.

From Kenyon, David went on to Stanford for his Master’s Degree and then eventually on to a career in the Air Force serving as a math instructor at Elgin Air Force Base and a First Lieutenant and electronic data processing officer.

As a political candidate, David had the distinction of becoming the first Libertarian Party candidate to run for the offices of railroad commissioner (1980) and governor (1982) on a Texas ballot.

Turning from success in politics, he proceed to a career as a Director of Downstream Information Technology at Texaco, Manager of Donor Relations at the Cato Institute, Associate Researcher at the Institute for Energy Research and various roles on the Political Action Committee.

Today, David serves as a volunteer with the Language of Liberty Institute as a teacher and sponsor lecturing at English Camps. These venues enable students and young professionals to learn about various aspects of freedom and to practice conversational English across third world countries from India to Ukraine.

He is a talk show host on HMS-TV Public Affairs Public Access interviewing guests on current issues in public policy and politics.

David, who currently resides in Houston, Texas, has two children and four grandchildren.

This winter, Linda Bowers Gorton was concerned about attendance at March’s Hall of Fame Induction Ceremony due to her responsibilities as mayor of Lexington, Kentucky. At the time, the NCAA basketball tournament posed possible hosting obligations for her city. Government responsibilities quickly shifted around the world as the pandemic then protests became the new normal.

After graduation in 1966, Linda continued her education at the University Of Kentucky College Of Nursing in Lexington. She graduated from UK in 1971 as a registered nurse, then moved with her new husband’s career in the U.S. Army. She practiced as a registered nurse for 43 years.

The couple moved back to Lexington in 1979 with their two children. They now have five grandchildren.

When an opportunity arose in 1998 to run for a seat on the Lexington-Fayette Urban County Council, it seemed like a natural fit. Linda spent 16 years on the council, 1999-2015. She is the longest continuously serving councilmember in the city’s history.

In 2018, Linda won a race for Lexington’s mayor with an astounding 63 percent of the vote. Her priorities for Lexington (population 325,000) include public safety, economic development, reaching out to veterans, land preservation and fighting the opioid epidemic.

Linda’s parents were the late Richard and Marjorie Bowers. Linda and her three siblings, Connie Tootle, of Circleville, Tom of Edgewood, Kentucky, and the late Steve all graduated from CHS.

One of the first lessons we learn as children is the importance of sharing. However, the snowballing influence of the internet and social media has a deepening impact on how youngsters view the world around them and the role charitable giving plays in their lives.

Susan Crites Price, a 1968 graduate of Circleville High School, understands this challenge and in her most recent book, “Generous Genes: Raising Caring Kids in a Digital Age,” provides guidance to parents on how to encourage and support charitable giving by children and teens.

Her book is one of six she has authored or co-authored during her career as a journalist and writer. Her expertise has led to interviews on news and syndicated programs including Oprah, the CBS Early Show and the NBC Today Show.

An earlier work, “The Working Parents Help Book,” co-authored by her husband Tom, is a highly acclaimed and award-winning guide to juggling kids and careers.

After graduating from Ohio University with degrees in journalism and international affairs, she worked as a reporter at The Athens Messenger before taking a position in the OU office of public information.

Later, she served stints in the corporate communications and government affairs departments of Mead Corporation in Dayton. When she and her husband Tom moved to Washington D.C. in 1982, Susan was a freelance writer for 18 years while raising their daughter, Julie. She worked in the philanthropy field until 2011 when she wrote “Generous Genes” and gave speeches on raising the next generation of givers.

A lifelong volunteer for various causes, Susan loves her recent title the most — grandmother to Richie and Luke.

At Circleville High School, Bob was in school plays, named to the honor roll and cheered with the fans on Friday Night Football. As a senior, he worked with the Ohio Civil Rights Commission and the School Board to remove discriminatory policies against pregnant and formerly pregnant students.

He also worked to change dress code policies that only allowed female students to have long hair and wear sandals. He was a team member for the countywide Young Life and Campus Life Christian spiritual and moral guidance programs.

Bob obtained a degree in social work at Ohio University. He worked at PICCA and at Pickaway County Children’s Services. He accepted a supervisory position in Fairfield County on his way to earning his MBA from Bowling Green State University in 1991. He finished his career at Pickaway County Board of Developmental Disabilities as a licensed school treasurer.

In the community, Bob was active at the Calvary and Community United Methodist Churches, served on the boards of ArtsaRound and Pickaway County Visitors Bureau and was adamant in promoting live music to county residents.

He was very devoted to his wife, Pam, and daughter, Leah Hively Hooks.

In 2019, Bob’s heroic and graceful nine-year battle with multiple myeloma marked the end of his physical impact on the community he loved. His spirit and dedication to public service continues to be a shining example for how to treat others.

A protector, a caregiver, a defender of human rights and needs. Bob led by example and he made the world a better place in the only way he knew how — with humor and humility.

Head coach of the Circleville boys’ basketball team from 1959-1961, Richard Snouffer took a rag-tag group of seniors, with very little varsity experience, and turned them into a conference championship team.

Snouffer’s focus on fundamentals and conditioning led to his team’s fast-breaking and full-court, pressing their opponents into exhaustion by the third quarter. Because of the family-like relationships built with his players and the on-court success, Snouffer earned tremendous respect from his athletes.

He graduated from Capital University where he was a varsity co-captain in basketball. In 1952, Capital recognized him with the Outstanding Senior Athlete Award. He obtained his master’s degree at OSU and served in the US Army during the Korean War.

He began his education career at Johnstown-Monroe High School, then served as Assistant Director of Admissions at Capital before coming to Circleville. After coaching, he served as guidance counselor, then principal at CHS. From 1958-1966, Snouffer called Circleville High School home.

In 1966, Snouffer was named principal of Rutherford B. Hayes High School at his Delaware, Ohio, hometown from which he retired in 1982. He was involved with the American Red Cross, the United Methodist Church and the Delaware Chamber of Commerce.

He was the recipient of the Outstanding Rotarian Award, Honor Citizen and was a Hometown Hero. He was a founding member of both the Central Ohio Mental Health Clinic and Guidance Center Board, as well as the Capitol Conference.

Richard Snouffer passed away in 2008. He was remembered by former hall of fame inductee Coach Richard Boyd, who commented on Snouffer’s well-deserved honor.

Boyd remembered Snouffer’s coaching days, however, couldn’t attend this year’s ceremony honoring his fellow coach. Then, on April 5, Coach Boyd passed at the age of 92.

This article was written and submitted by members of the Circleville High School Achievement Hall of Fame Committee.