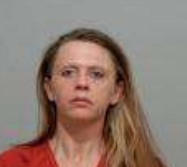 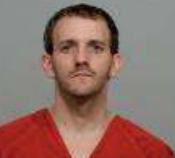 CIRCLEVILLE — Sheriff Matthew O. Hafey is pleased to report the arrest of two people in connection with drug trafficking.

On Jan. 12, around 3:08 p.m., the Pickaway County Sheriff’s Office received a call of a suspicious vehicle on state Route 104 in a state wildlife area. A vehicle matching the description was located on the lot of the Goody Nook by Deputy Ed Moore.

He, along with Deputy Brandon Cooper, who arrived shortly afterward, observed several criminal indicators, along with several knives, which were observed in plain view inside of the vehicle.

Sgt. Stephen Harger was requested to the scene with his K-9 partner, Joris. The pair conducted a free air sniff of the vehicle’s exterior. Sgt. Harger observed Joris “hit” on the vehicle’s passenger side.

Upon searching the occupants, a large brown rock-like substance was found in the female’s pocket. She was identified as Ashlee Ross, 34, of Chillicothe. Ross admitted the substance was heroin.

More suspected narcotics were located where the male was sitting in the vehicle. The male, identified as Brandon McKinney, of Nicholas, West Va., admitted that substance was heroin as well.

McKinney is charged with possession of heroin, a fifth-degree felony. Both will be arraigned in Circleville Municipal Court on Jan. 13, 2022.

The admitted heroin was weighed and found to be just over one ounce with a street value of around $2,500.

Sheriff Hafey would like to thank the citizen who reported the suspicious activity, his deputies and the South Central Ohio Major Crimes Unit, who also assisted in this case, for their hard work.

He would also like to encourage anyone who sees suspicious activity to call the sheriff’s office to report it.