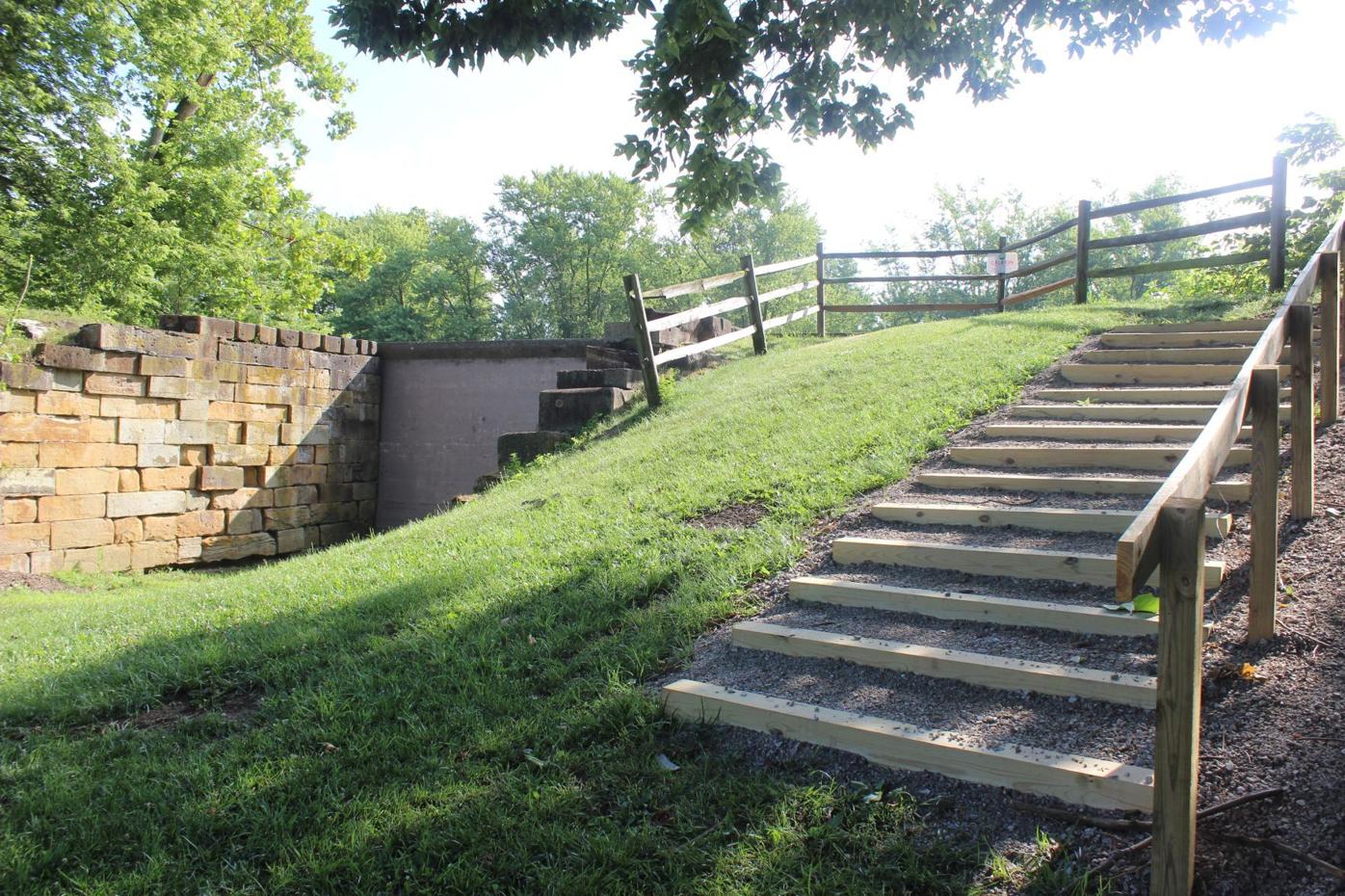 Josiah Paul’s Eagle Scout project was to complete the stairs and handrail leading to the top of the Canal Park Dam that was previously over the Scioto River. 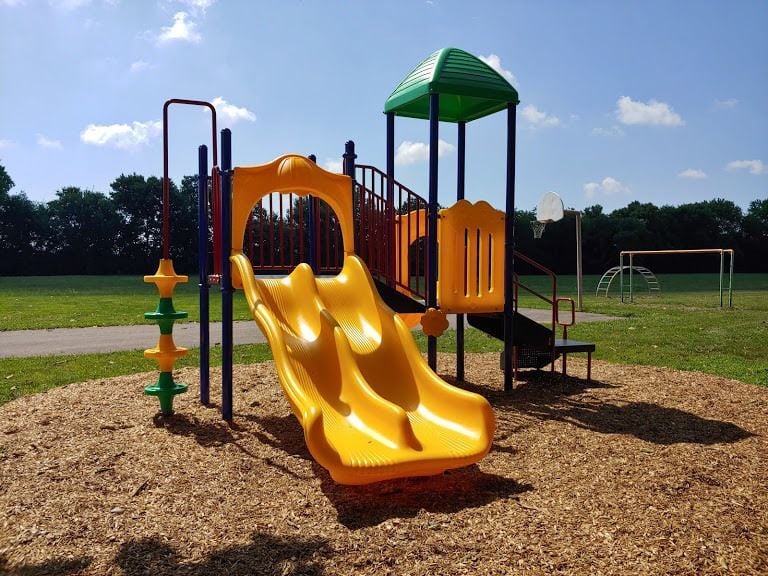 The completed playground equipment at Jackson Township Park that was funded in part by a Pickaway County Park District grant, as well as local funding from the township.

Josiah Paul’s Eagle Scout project was to complete the stairs and handrail leading to the top of the Canal Park Dam that was previously over the Scioto River.

The completed playground equipment at Jackson Township Park that was funded in part by a Pickaway County Park District grant, as well as local funding from the township.

CIRCLEVILLE — Despite the COVID-19 pandemic, the Pickaway County Park District has been hard at work this summer updating several county parks and facilities.

At the top of the list are renovations to Canal Park, located on Canal Road, just west of Circleville. Tom Davis, executive director, shared some updates on those projects and more.

“We installed five interpretive signs out at the park that tell you a little bit more about the park, the Ohio and Erie Canal and all our trails that are out there,” Davis mentioned. “Those turned out really nicely and we’ve also created a half acre in the bowl near the entrance to the park. We also put one beside Towpath Trail from the dam to where the Pickaway Trail intersects it.”

Davis said for an Eagle Scout project, Josiah Paul’s project, asked for something to do and they requested some steps leading up to the top of the retaining wall next to the dam.

“They all came and it took them two days,” Davis added. “We provided some materials, but he was able to fundraise to pay for some of it too. That finished about a month or so ago now.”

Davis said some of the fencing and signage at Metzger Preserve, near Williamsport, has been put into place.

“We also cleared out Dearcreek Trail so people can get out on that in Metzger Preserve,” Davis explained. “We’ve got one side of the fence up and we’re going to finish fencing the entire area, which will happen in the next month or so.”

“All of our summer programming got canceled, but she’s been putting on the virtual programming,” he remarked. “She’s done a great job with that.”

In the next few weeks, the paving for part of the Pickaway Trail from Canal Road to state Route 104 will be completed as part of the park district’s promise to voters that approved their most recent levy.

“It’s about a mile and a half of trail and it leads right to Calamus Swap,” he stated. “They’re not going to get the bulk of the work done until Bill Richards gets his crops off. That’ll start probably in the middle of August. Hopefully, by first or second week of September, it’ll be paved.”

Davis also shared that the first of the 2020 grant projects, the Jackson Township Park play structure has been put in.

“We were out there last week and saw it, it’s really nice,” he added. “The other projects are still in the middle of getting accomplished.”