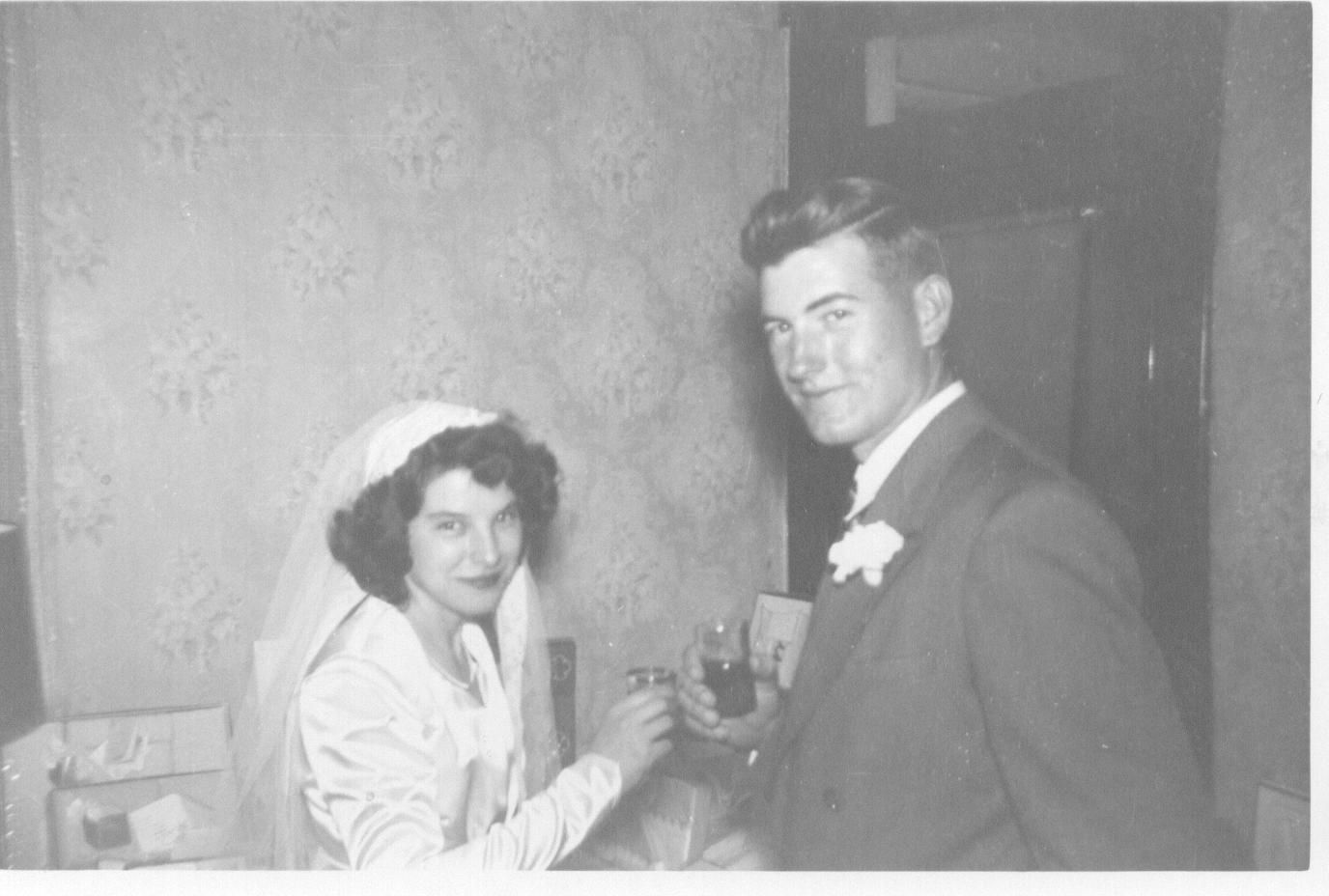 Madge and John Triance on their wedding day 70 years ago. 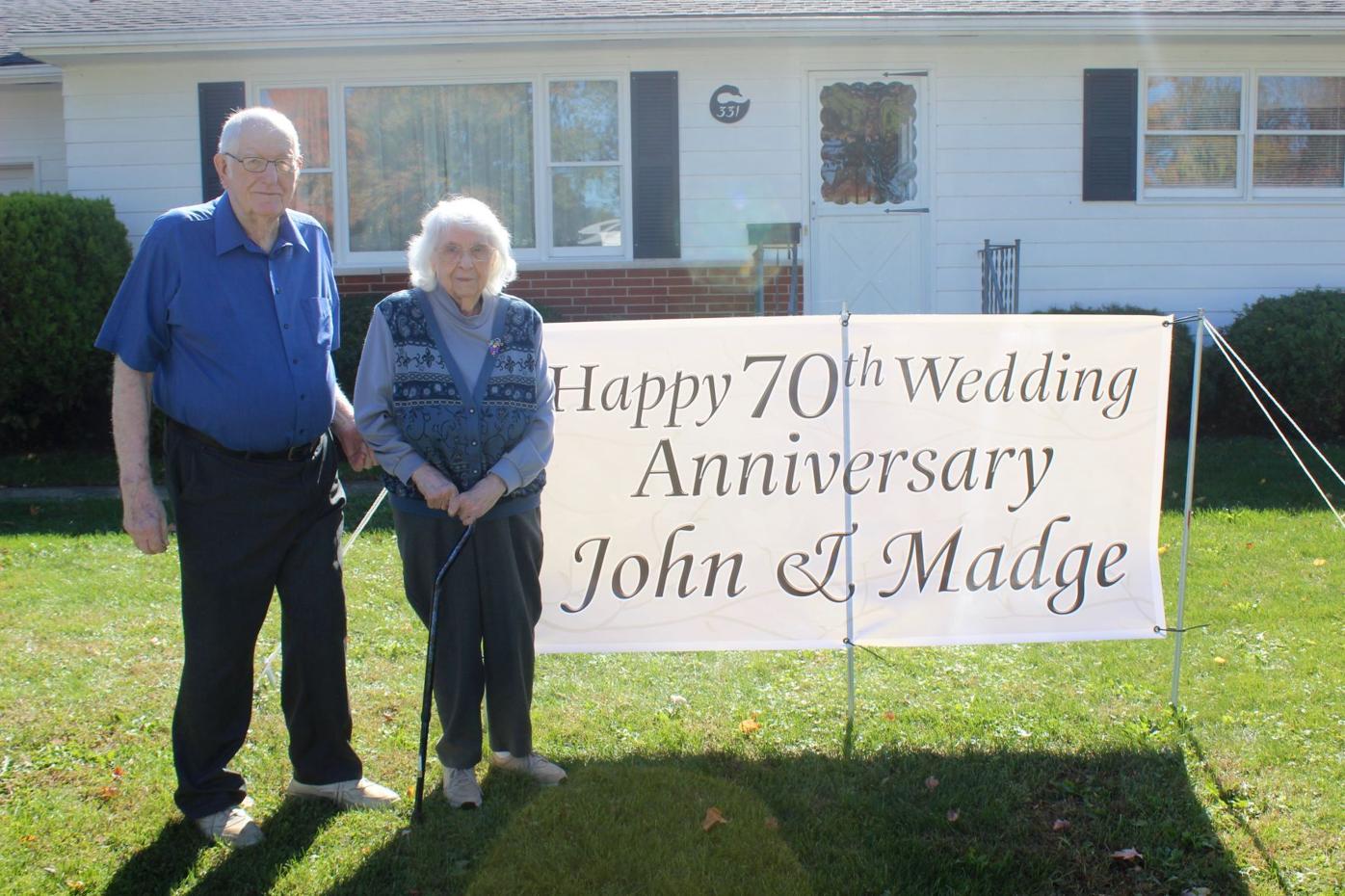 John and Madge Triance outside their home by the sign honoring their 70 years of marriage.

Madge and John Triance on their wedding day 70 years ago.

John and Madge Triance outside their home by the sign honoring their 70 years of marriage.

ASHVILLE — More than 70 years later, John and Madge Triance have experienced quite a life. Together, they’ve built a family. But, were it not for a chance last dance, none of it would have happened.

The pair met at a square dance near Ashville about a year before they got married. Madge had spent most of the time dancing with another man before John swooped in at the last minute.

“It was the place to be, it was good clean fun,” Madge said. “Every Saturday night, the last song that would play was Goodnight Sweetheart and I had been dancing with this other guy, I don’t remember who he was, but he could dance. And, this guy was coming from one direction and John came from another and got there first. If he hadn’t, I don’t know what would have happened.”

The Triance’s celebrated their 70th wedding anniversary on Wednesday. They were married Oct. 14, 1950. John, a graduate of Groveport and Madge, a graduate of Ashville, reside in Ashville and have lived most of their lives in the area.

John made a career as a house builder, a job that kept him very busy. He did take the day off for the wedding though. A man who enjoys cars, John recalled one of his first vehicles, a 1929 Chevy. “And then, I had a Plymouth when we got married, he said.

The key to 70 years of marriage? To “keep plugging away,” John said.

Madge said marriage has taught her how to get along and that she’s done a lot of cooking, something that John would grade her on early in the marriage.

“He stopped doing it a while ago,” Madge said.

When it comes to their relationship, Madge said one person in the marriage has to have patience. She’s also the one that usually apologizes first she said.

“That’s him, because I don’t have patience,” she said. “I’m impatient, very.”

If they could give advice to their younger selves it would be one thing; to keep doing what they’re doing.

As far as their advice for other couples including those recently married, they recommended “starting young so you can make it to 70 years and get as much time as possible together.”

When Sally was born, neither John nor Madge were 21, so Madge’s sister had to sign for them and agree to take on the debt from the hospital.

Listening to Madge, the chance John took on the dance floor years ago paid off. “We have a great family,” Madge said. “I’m not going to say they’re the best, but there’s none better,” she said, smiling. “All of them are great.”