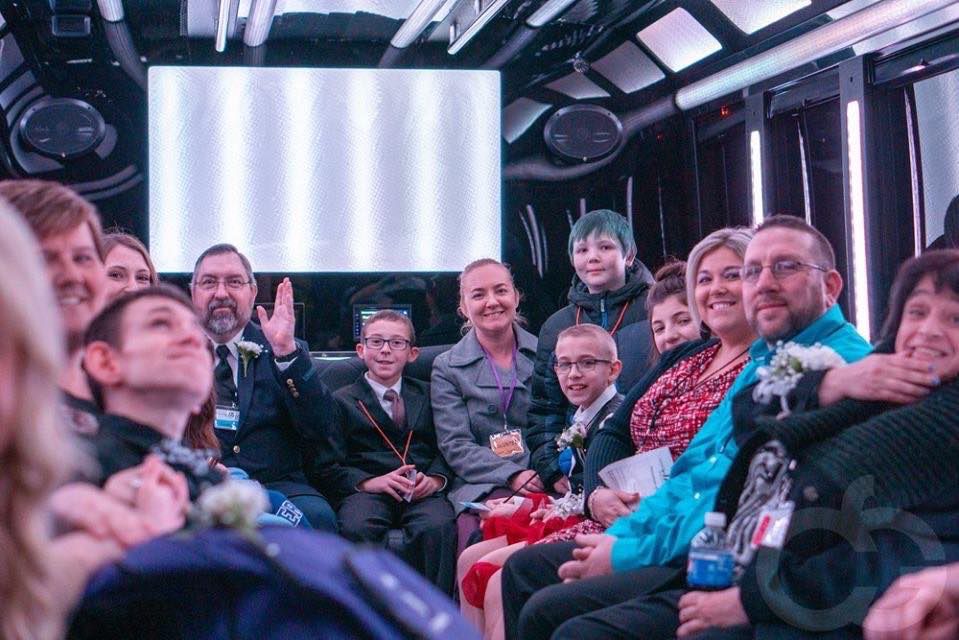 A group riding in a limo to the Night to Shine event at the Circleville Middle School. 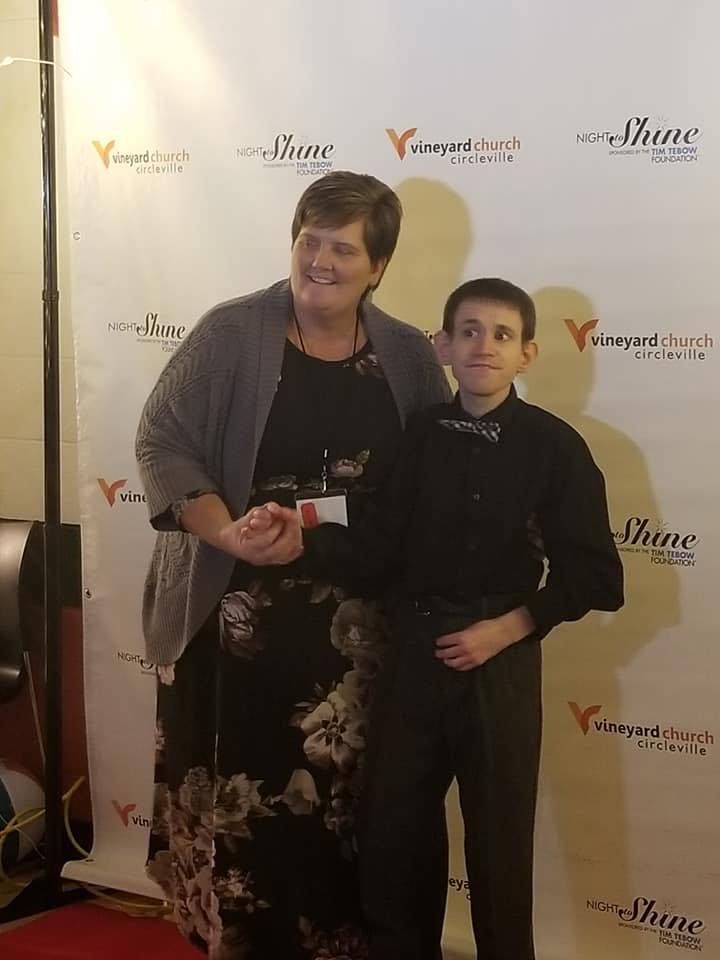 Amy Speidel and her son Kyle, of Logan, attended the annual Night to Shine event.

A group riding in a limo to the Night to Shine event at the Circleville Middle School.

Amy Speidel and her son Kyle, of Logan, attended the annual Night to Shine event.

CIRCLEVILLE — Friday, Feb. 7, when most locals are ready to have a relaxing weekend, the Circleville Vineyard Church was joyfully preparing a Night to Shine — inviting all special needs guests throughout Pickaway County.

The Circleville Vineyard Church, located along West Main Street in Circleville, in partnership with various other churches, hosted a Night to Shine event at the Circleville Middle School on Friday, Feb 7. With the help of event organizers Luke and Lacy Pollock, Pastor Ron Vanhorn galvanized volunteers, some from his congregation, to have a special night for locals who have special needs.

“We were just looking for a way to kind of help them and give back,” Pastor Vanhorn told The Circleville Herald.

Roughly five years ago, Vanhorn and other community members gathered to find a way to give back to those who have special needs. Rather than a traditional dinner event, Vanhorn was intrigued by what the Tim Tebow Foundation was doing for the special needs population.

On the Tim Tebow Foundations official website, the organization’s mission is to spread the love of God for everyone nationwide. Through the Foundation, Night to Shine became a prom-like event aimed for those who have special needs to give them a night filled with celebration and emotion.

On the Foundation’s website, Night to Shine is a national event with churches and religious groups all over the country participating in. For one night over 700 churches from “around the world” all came together to host a Night to Shine. According to the Foundation, this past national Night to Shine brought in approximately 115,000 guests with the support of around 215,000 volunteers.

The event allows those who have special needs ages 14 and older to attend the joyous occasion. This past Feb. 7 marked the sixth anniversary of the national event. Churches who have not participated in the event can be referred to by visiting timtebowfoundation.org.

In Circleville, almost five years ago, Vanhorn and his colleagues decided it would be a good idea to participate in the Tim Tebow Foundation’s event as a way to give back.

“We reached out to them and it just kind of happened,” Vanhorn stated. “Night to Shine has grown each year.”

Since partnering with the Foundation, the Circleville Vineyard Church has hosted a local Night to Shine for the past five years. For the past four years, the event has taken place at the Circleville Middle School utilizing its space for a bigger venue.

The event boasted roughly 150 volunteers working to make the Friday night special. Local business entities provided services for the event as well as food and other prom night services.

“Various organizations come together to help support us and make the night happen,” Vanhorn commented.

Other entities who work primarily with special needs individuals also helped to create the event which Vanhorn stated was much needed as the local Night to Shine seems to get bigger every year. The event was planned to host a total of 400 people. Special needs service providers came from all over the south region of Ohio including Ross and Hocking counties.

At the event, guests were pleased to see how much work went into the event. An hour prior to the big dance, volunteers set up make-up and shoe shining sections where guests could polish up their looks before heading into the venue.

Along with the preparations for guests, they were excited not only to have dancing areas and music but also a karaoke section which was a popular spot, according to Vanhorn. Guests were also treated to limo and horse carriage rides through town. Vanhorn was present for the event and has been for its existence in the community.

“Altogether, it’s just pure joy… we just try to pamper them and celebrate them,” Vanhorn commented. “It’s the highlight of my year.”

Preparations are already underway for next year’s event.