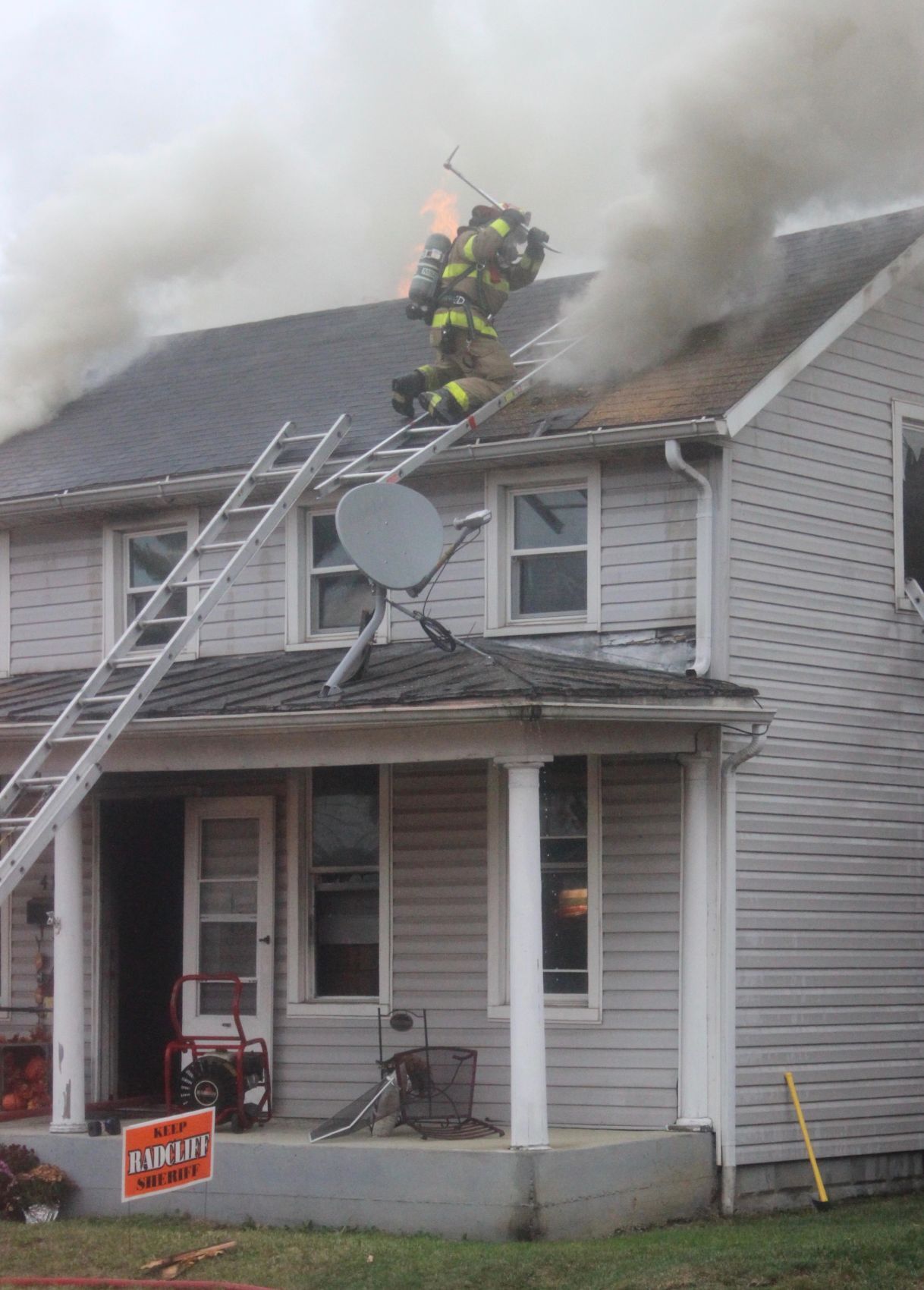 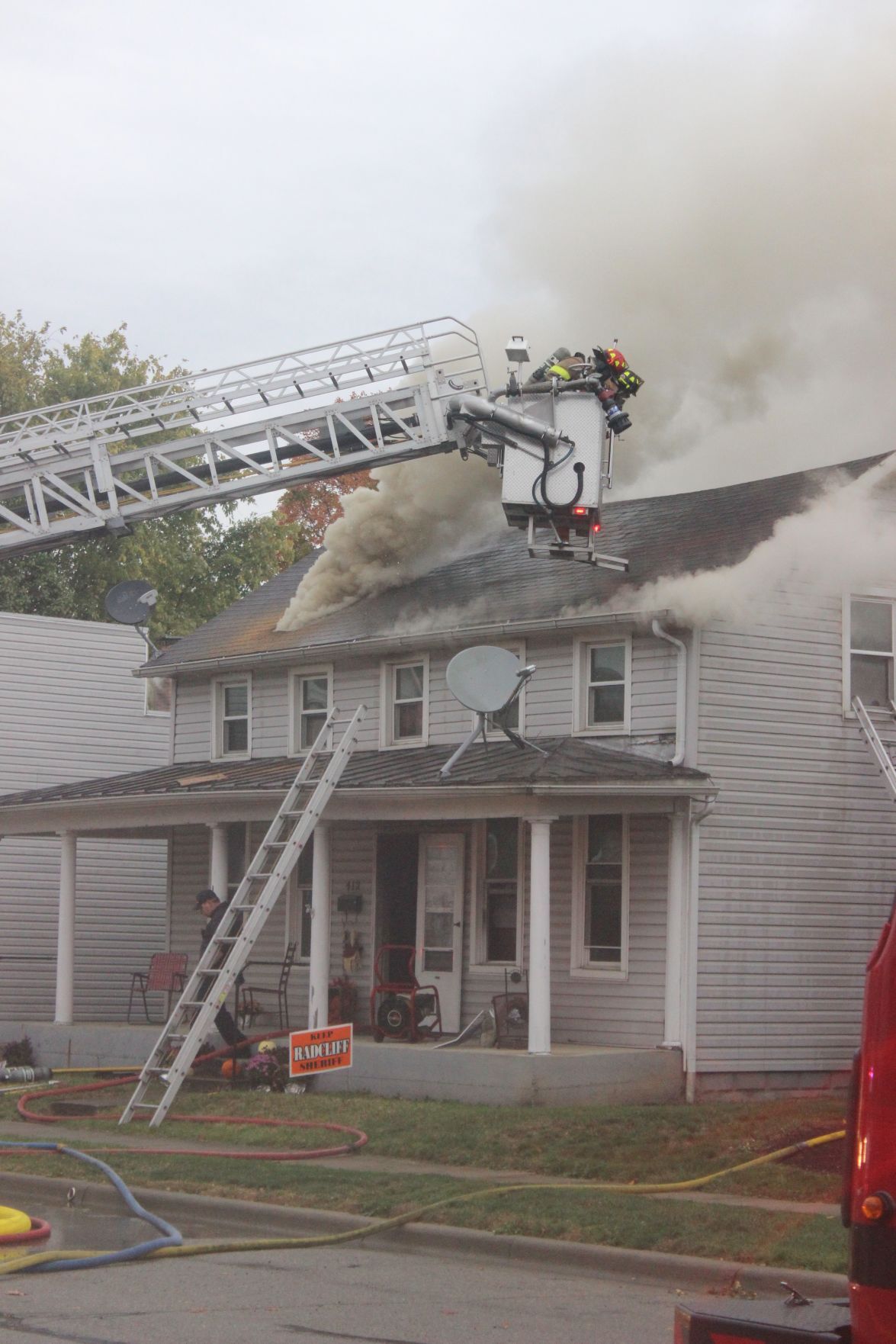 A pair of firefighters work on the roof of a house on fire.

A pair of firefighters work on the roof of a house on fire.

CIRCLEVILLE — Arson is the cause of a house fire that started Thursday afternoon. While fire crews were battling the scene, a suspect was arrested and charged for the fire.

The 911 call for the fire, located at 412 S. Pickaway St., came in just after 4 p.m. Upon arrival, Circleville Fire Department saw the house fully engulfed.

Circleville Fire Chief Brian Thompson said based on reports from multiple witnesses, they suspected arson when they arrived on scene. That was confirmed by the Ohio State Fire Marshal’s Office who concluded their investigation Friday.

“There were several witnesses that said there was someone feeling the house after 911 was called,” Thompson said.

During the fire, the Circleville Police Department began an active investigation into the matter.

While the home is a total loss, a bright side of the situation is that the family’s service dog was rescued from the house by firefighters.

“We found him quite a way into it,” Thompson said. “We had thought that he had perished.”

Thompson said everyone who lived in the home made it out. The Ohio State Fire Marshal’s Office later confirmed that both a cat and a dog in the residence, who were believed to be victims of the fire, are now doing okay.

“I was pleasantly surprised about finding the dog, I wasn’t sure we’d find any of them alive,” he said. “There was a room in the right rear of the house and [firefighters] went in to do recovery. They located him in that back corner huddled up.”

Thompson said the home was an older home, made with a lot of plaster construction, and the fire took hold before they could arrive on scene.

“There’s a lot of hands here because of the nature of the fire and it being deep seeded,” he said. “We had a lot of people here to do a lot of work.”

A pair of fire fighters created holes in the roof of the building as part of the plan to fight the fire.

“With these homes having the type of structure that we have, we were able to alleviate some of the smoke and heat which was beneficial to us,” he said.

Thompson said there was some “slight extension” of the fire but no major damaged occurred to any other houses.

“It doesn’t look like it got inside and that it’s mostly cosmetic,” he said. “That homeowner had their insurance adjuster here making sure. It looks like we contained it to the one structure minus the minor exterior damage.”

Thompson thanked the community for their support on the fire. While the department was working the fire, there were two other calls, a false alarm on a church, and an EMS run that another entity was able to handle.

“We had people from the community bringing us bottles of water before our rehab unit arrived,” he said. “All the local support from all the adjacent fire departments was a great help because as deep seeded as it was, we needed all hands on deck. Once again, Pickaway County amazes me with the outreach of support and the professionalism we have from the other departments.”