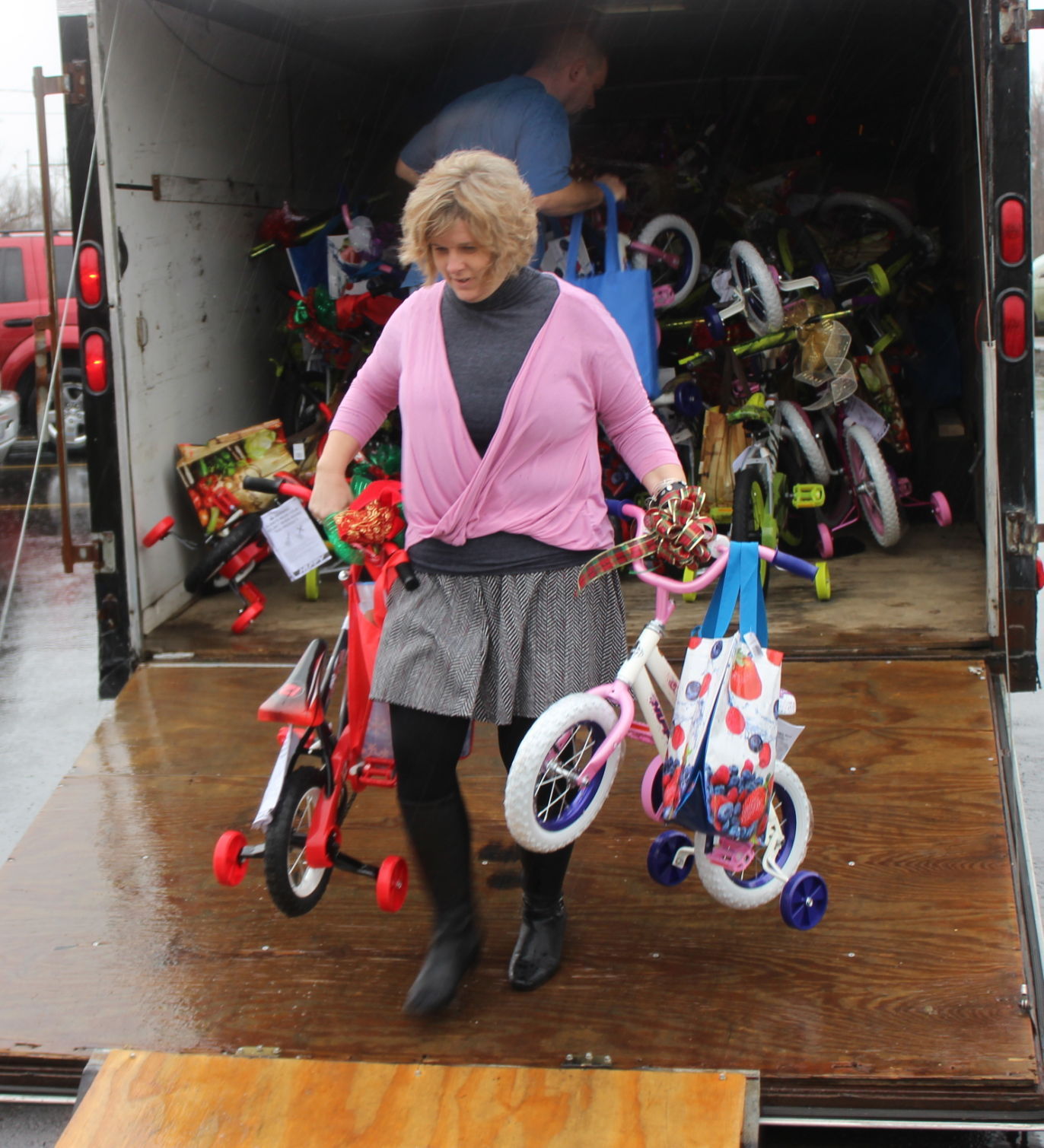 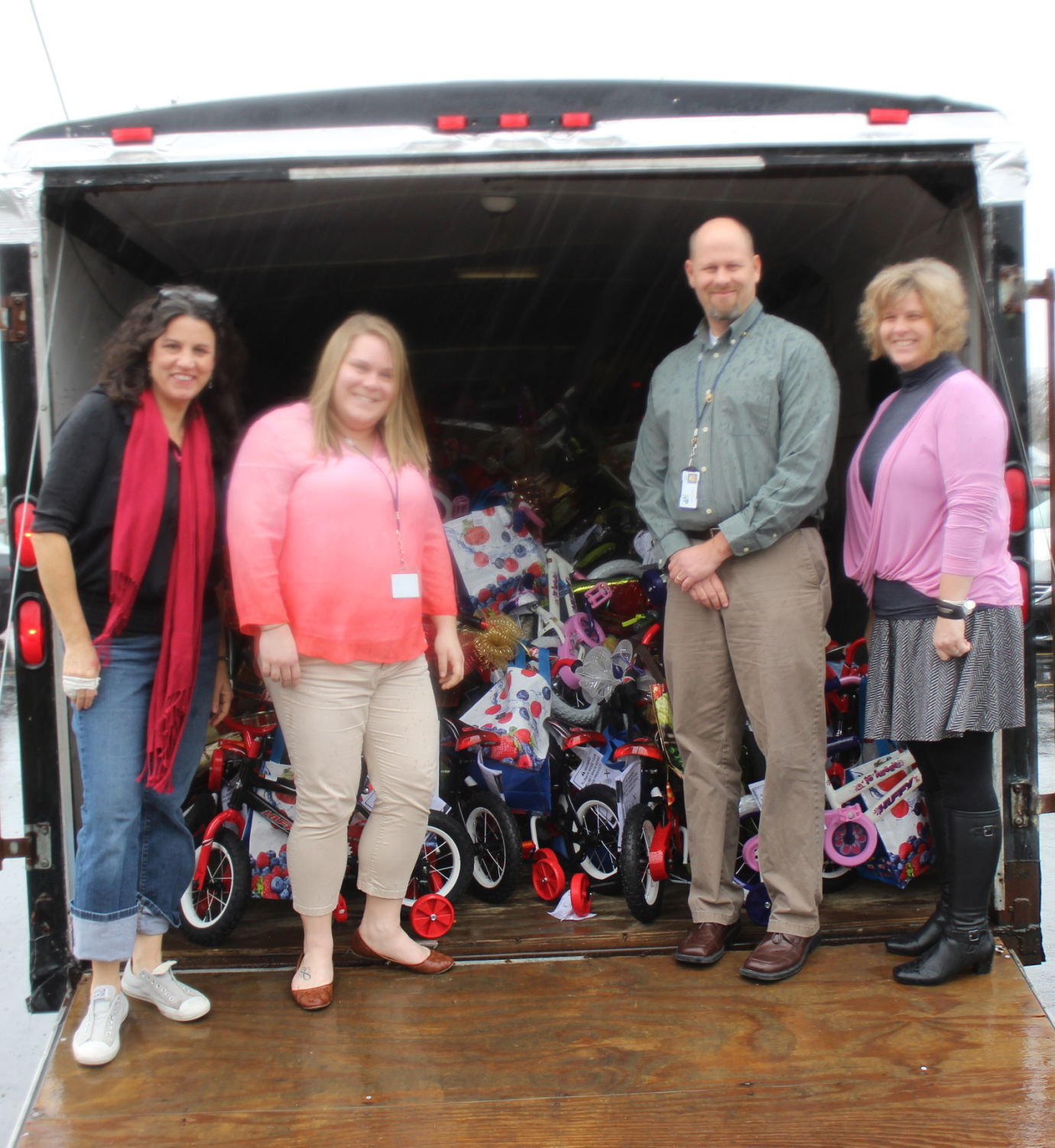 Kate Koch, executive director of the Bike Lady, joins Amy Hoar, Nick Tatman and Joy Ewing for a photo with bikes that will be given to local foster children.

Kate Koch, executive director of the Bike Lady, joins Amy Hoar, Nick Tatman and Joy Ewing for a photo with bikes that will be given to local foster children.

CIRCLEVILLE — The “Bike Lady” recently dropped off 50 bicycles at the Pickaway County Department of Jobs and Family Services (DJFS) that will be given to foster children in the area.

Joy Ewing, executive director at DJFS, said the program helps to provide a positive experience for foster children in Pickaway County during the holiday season.

“I think for our county this is a very big deal,” Ewing said. “It’s not only helping the foster kids that are placed in the county but the bikes were put together at Pickaway Correctional. Holistically this is Pickaway County and it’s what we do.”

Nick Tatman, children services administrator, said the bicycles are also therapeutic for the children and it shows people care.

“It’s huge for these kids who have had so much trauma in their life,” Tatman said. “To get something like this, when a lot of them have never even had a bike before, it lessens the strain of being in care.

“Our foster parents appreciate it too because they get to see the kids get their bikes and they’re thrilled for them,” Tatman said. “Our kids use the bikes for many different reasons. They get this new and shiny bike and it’s something they can be proud of and something that is their own. It’s just great for them.”

Kate Koch, executive director at the Bike Lady, said this is the fourth year bikes have been delivered in Pickaway County and the eighth year of the program.

Koch said the Bike Lady program buys the bikes wholesale at cost and then delivers them to correctional institutions, including the Pickaway Correctional Institution in Orient, to be built by inmates.

“It’s all volunteer, 100 percent of the money goes to buy bicycles from Huffy through a program,” she said. “We bring them in from California. We have three prisons in Ohio where inmates assemble them and our primary is at Pickaway Correctional.”

Koch said at Pickaway Correctional will assemble more than 1100 of the bikes.

“Pickaway will do the most,” she said.

In total the annual program is funded through donations and a single bike race event.

“About 40 percent of donations are corporate giving and the other 60 are private citizen giving ,” she said. “In October we did a cycling event called the Joyride.”

In addition to receiving a bicycle, each child receives a helmet and a bike lock.