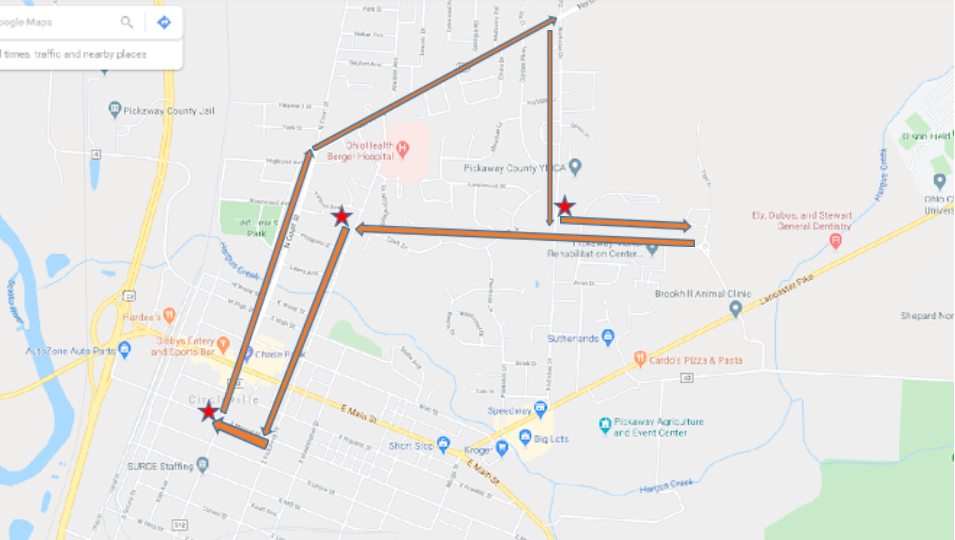 A graphic of the parade route through downtown Circleville. 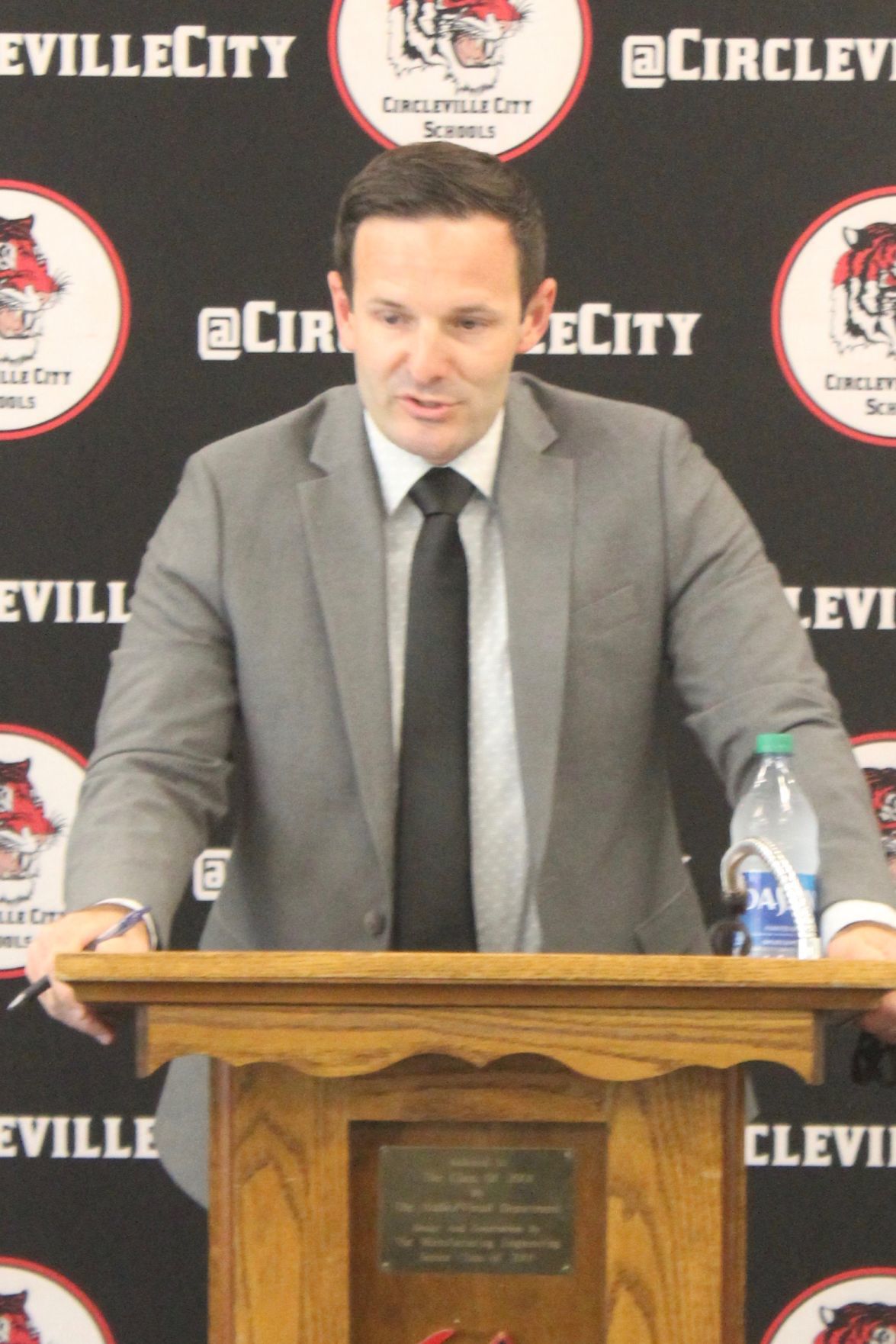 Circleville City Schools Superintendent Jonathan Davis speaks during the press conference ahead of the parade this Friday. During the conference, officials asked the public to follow social distancing guidelines and use common sense when watching the parade.

A graphic of the parade route through downtown Circleville.

Circleville City Schools Superintendent Jonathan Davis speaks during the press conference ahead of the parade this Friday. During the conference, officials asked the public to follow social distancing guidelines and use common sense when watching the parade.

CIRCLEVILLE — Ahead of the 2020 Circleville High School graduation parade, Circleville City Schools and Pickaway County Public Health leadership are asking the public to follow social distancing recommendations and not gather together in groups as the parade travels through town.

In a press conference on Monday afternoon, the school shared details of their planning process and the city’s involvement, as well as how they’re following the guidelines set forth by Ohio Governor Mike DeWine.

Students have been asked to disperse after the parade and not gather. All of the 156 students are graduating in 2020 and about 100 are expected to participate in the parade. Students were required to fill out a document that will notify the school of their desire to participate.

Circleville Mayor Don McIlroy said everyone will remember this year’s graduating class due to the special circumstances surrounding their final few months of their senior year.

“It’s important to understand we’re still under a mandate and it says to stay home and not to socially gather,” he mentioned. “I want as many people to come out and celebrate our seniors, but do it safely and under the mandate that we have from the governor.”

Superintendent Jonathan Davis said the district is encouraging the public to stand along the parade route, while standing the recommended six feet apart, to celebrate the graduating class.

“We have students who will be decorating their cars and their caps and gowns,” he stated. “We have set out a number of parameters to ensure our students are safe during the parade. My appreciation goes to law enforcement, the mayor, city council, our board and the Health Department for allowing the students to celebrate their graduation in a really difficult time.”

Among those requirements include not allowing students to gather in groups before or after the parade, only allowing one senior per vehicle, checking each vehicle to make sure the rules are followed and requiring vehicles to use their hazard and headlights

Susan Foster, director of nursing services, said they’ve provided recommendations to the plan for the schools to provide the safest experience for the graduates.

“Everything has been very strategically thought through to keep people safe,” Foster said. “We are entrusting that the residents of Pickaway County and Circleville are following the social distancing guidelines and recommendations, cough and sneeze etiquette and hand-washing procedures.”

Foster asked the public for common sense during the parade and in general. Teays Valley High School is hosting their parade Tuesday night at 6:30 p.m.

“If you think it’s not safe, don’t do it,” she mentioned. “We’re happy the plans have been thought through and we congratulate the graduates of 2020.”

Kurt Young, dean of students, said they’ve been working on their plans for about the last three weeks and they have applied for the appropriate permits with the city including a noise permit and a parade permit.

Davis said the logistics of the parade aren’t “incredibly difficult” and they feel confident in their ability to control the route.

“We don’t control the citizens, and in all the documentation that we’ve sent out to come out and celebrate the kids, we’ve encouraged (social distancing), but when it comes to etiquette, it’s out of our control,” he added.

Young said they’ve partnered with Roundtown Radio to put together a playlist for the parade full of meaningful songs to the senior class.

“I’ve tried to make this as memorable as possible for the seniors,” he concluded. “We’ve created a playlist that people can tune to starting at 4 p.m. We’ll also have the names of the graduating seniors read during that. It’s a great way to one not just drive through town, but drive through town with songs that mean something to the students and make it as personal as possible for our seniors.”