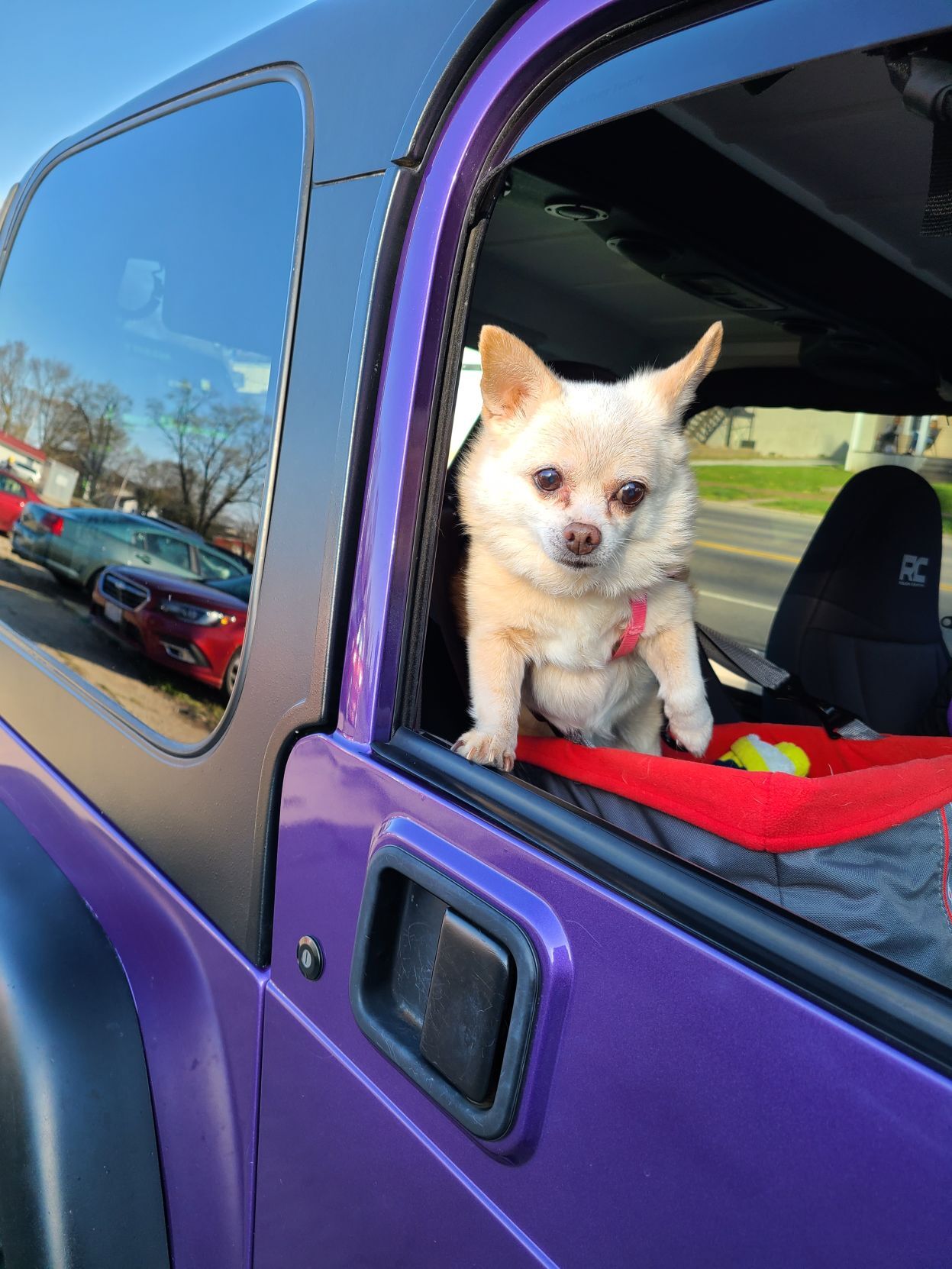 Even some four-legged friends got in on the cruise action on Saturday. 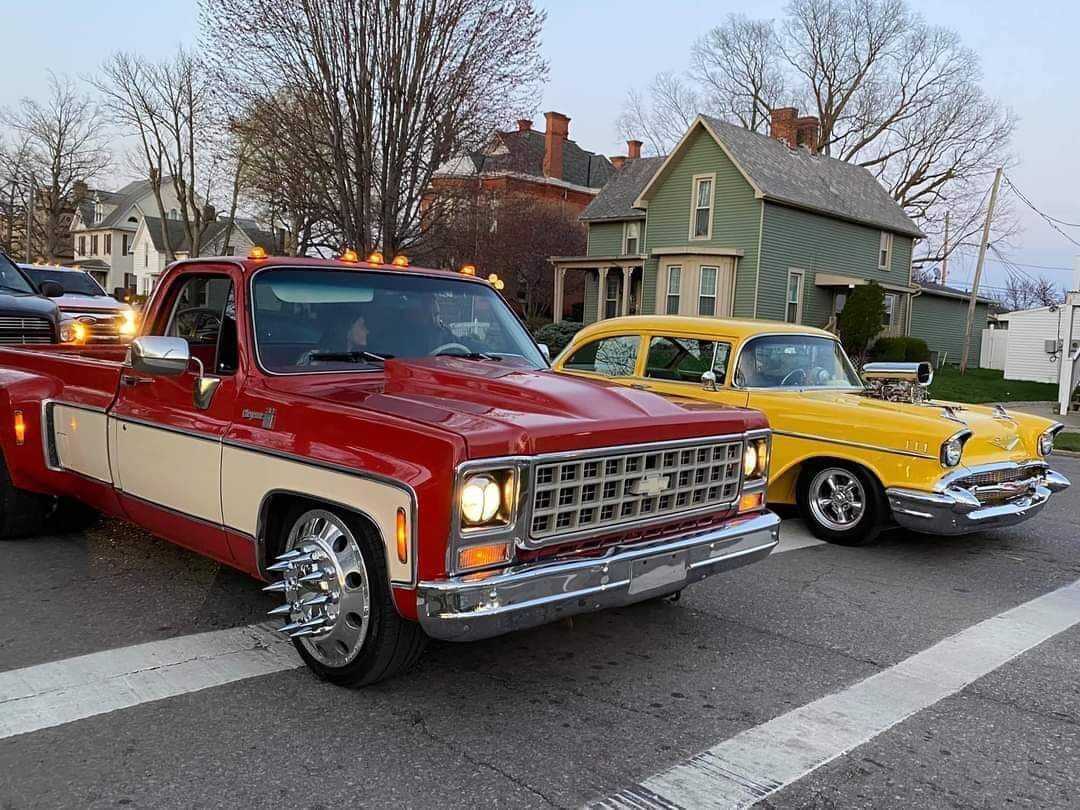 Cruisers flooded Circleville’s streets last Saturday. During the event, more than $1,400 and 40 boxes of food were collected for the Community Cupboards in Pickaway County. 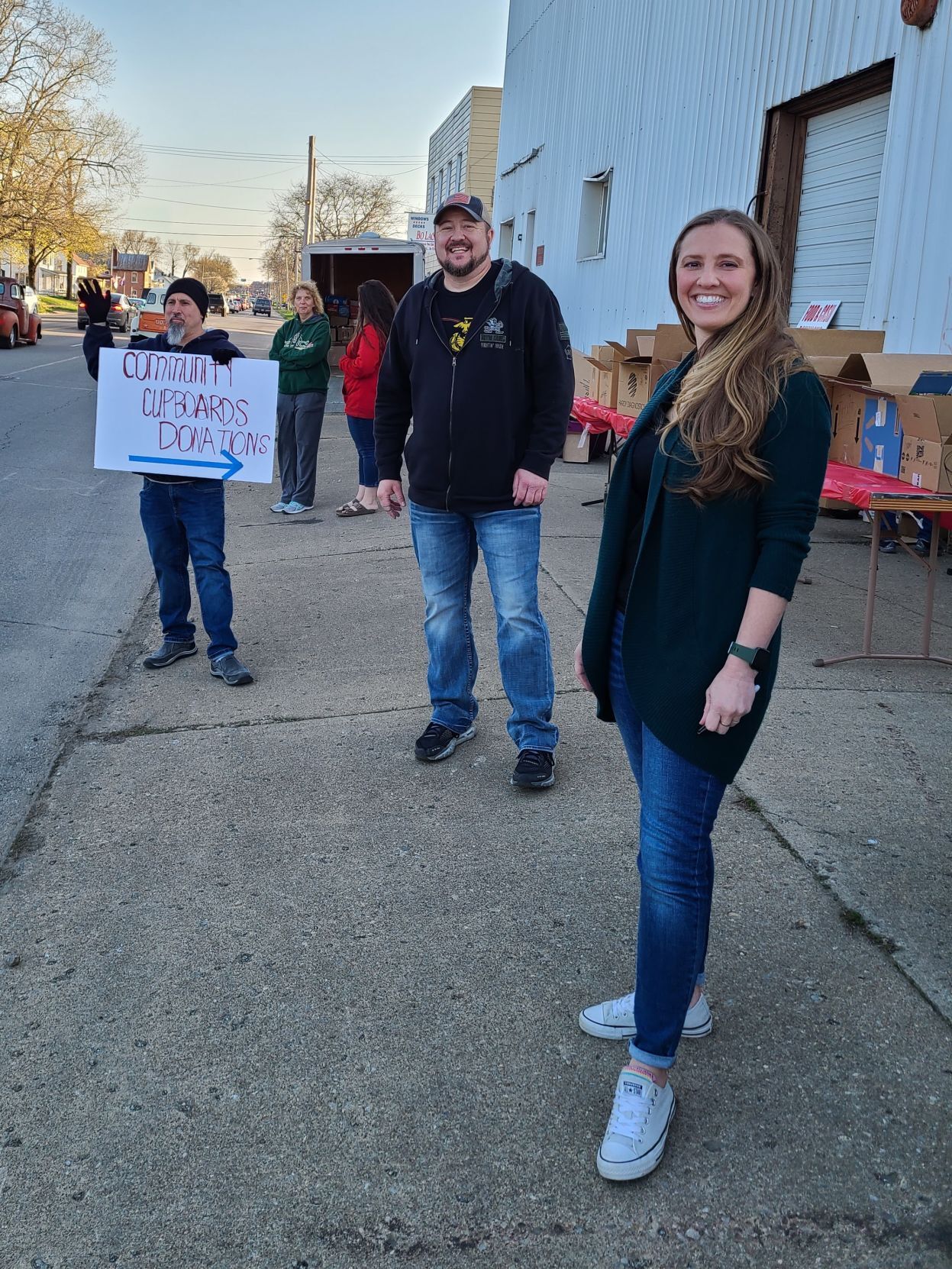 Volunteers took donations along the cruise route near the old Purina plant on South Court Street.

Even some four-legged friends got in on the cruise action on Saturday.

Cruisers flooded Circleville’s streets last Saturday. During the event, more than $1,400 and 40 boxes of food were collected for the Community Cupboards in Pickaway County.

Volunteers took donations along the cruise route near the old Purina plant on South Court Street.

CIRCLEVILLE — The cruisers during the Take Back the Strip event this weekend were out in force both in their vehicles and for the community.

Hundreds of vehicles descended on downtown Circleville for the event from 5 to 9 p.m. on Saturday.

Jeff Coleman, event organizer, said they raised more than $1,400 in donations and 40 boxes of food for the Community Cupboards.

“We had a great turn out for our first cruise of the season,” Coleman said. “Many of the restaurants and food trucks had sell out nights. Over all we had a few people that acted out but with any event of this size you will have issues that need addressed and we are doing our best to do that.”

Ken Tennant, a Community Cupboards Volunteer, was on hand for the donation reception near the old Purina plant on South Court Street.

“From what I experience and saw it went extremely well,” he said. “There were hundreds of classic and unique motor vehicles and then other just normal cars and trucks joined in driving in parade formation at a slow rather normal traffic speed. A few cars make noise but from our vantage point at the Old Mill it was a parade of proud Central Ohio people showing off their vehicles. People were meeting up and talking a bit and stopping by our area and donating food and money. It was a demonstration of Civic pride and kindness. The event was fantastic. It brought people together through community pride, support and charity.”

Temple said the donations that were received were significant.

“These donations will help us supplement what Community members add directly to the cupboards for the next few months,” he said.

In fact the support was so generous, additional recruits and volunteers were needed to keep up with the flow. Tennant, along with voluneers Foll, Marie Wilbanks, Matt Kim, Amanda Hall, Mike Rodgers, Kim McFarland, Matt McFarland, Dominique Ray, Mia Ray, and Alexis Patterson worked to package the items and store them at the church.

“We were very busy taking in, sorting and boxing up the donations and we could not have kept up with the pace of the donations without the extra help that Heather Foll recruited to add to our small Community Cupboards volunteer group of Patsy Winner, Ruth Tennant, Sue Davidson, and myself,” he said. “Heather recruited several people that did an outstanding job helping to process and transport the donations back to our storage area at the Presbyterian Church.”

Colman said the next cruise event will be May 1 from 5 to 9 p.m. The benefactor is Three Pits and a Lady, a local animal charity.