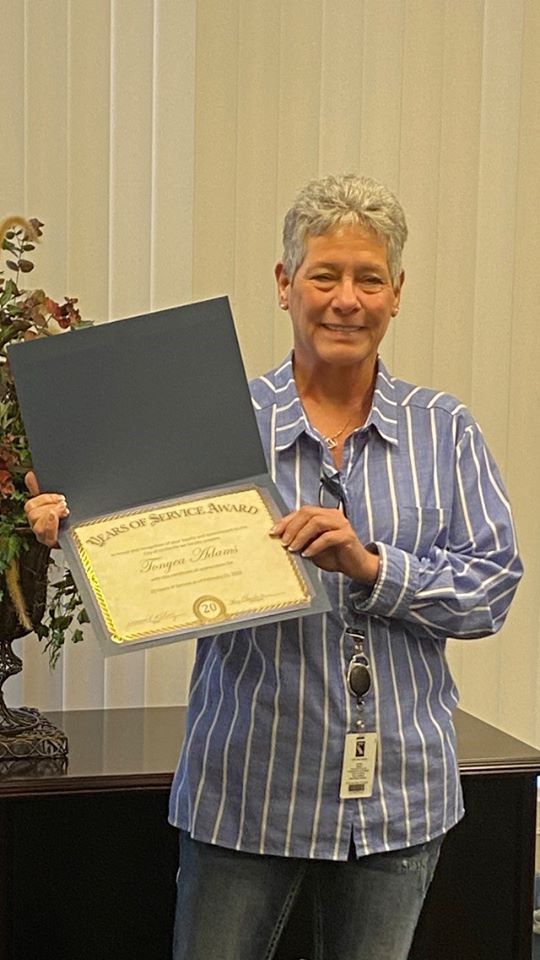 On Feb. 21, the City of Cirleville honored Tonyea Adams for 20 years of service. She served as the parking enforcement officer for many years then became the safety forces secretary. She plans on retiring in April. 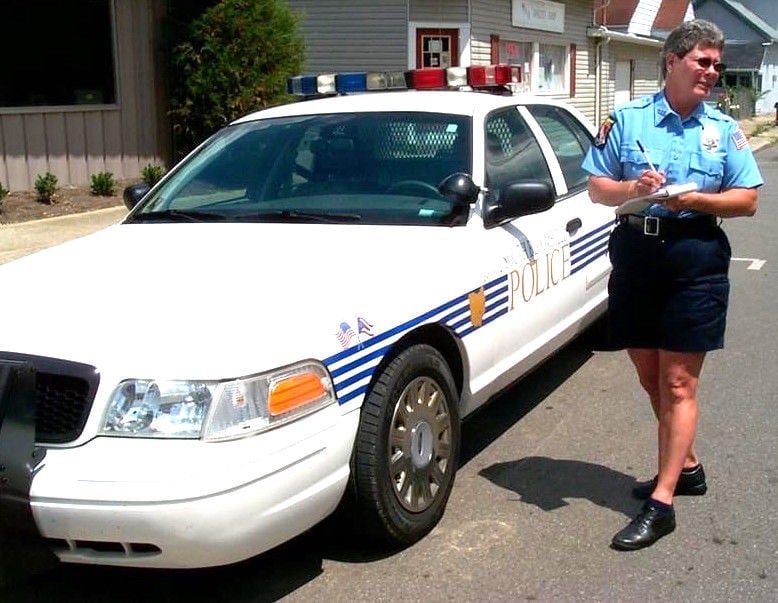 Tonyea Adams serving as a parking enforcement officer for the City of Circleville.

On Feb. 21, the City of Cirleville honored Tonyea Adams for 20 years of service. She served as the parking enforcement officer for many years then became the safety forces secretary. She plans on retiring in April.

Tonyea Adams serving as a parking enforcement officer for the City of Circleville.

CIRCLEVILLE — With a wealth of experience working within the City of Circleville as a member of the police department, one long-time employee retired last week in a both happy and sad announcement by the department on social media.

On Friday, May 15, the Circleville Police Department announced the retirement of a “beloved” public employee, Tonyea Adams.

Adams has been a major element in the last 20 years for the law enforcement agency, according to the department. In a set of public statements, the Circleville Police Department added that she has been a mother figure, mentoring along with inspiring new, young and old officers.

Adams began her long journey with the department roughly 20 years ago, serving as a parking enforcement officer in the year 2000. After surveying and covering the streets, Adams transitioned into the role of safety forces secretary for the Circleville Police Department, as well as the Circleville Fire Department.

On Feb. 21, the City of Circleville honored the long-time department employee for the roles that she has been in over the years.

“While we’re extremely sad to see her go, we’re excited she’ll now have the time off to spend with her family, friends and grandchildren,” the Circleville Police Department stated.

In a social media post by the city law enforcement department, Adams gave thanks to those who interacted with her on a daily basis. While the department has been her home for the last 20 years, nearly one third of her life, she said she is ready to see what the future holds.

“It has been real folks, and I just want each and every one of you know that there is a special place in my heart for you,” Adams said.

She’s not here as an employee, but she’ll be here forever as a part of our family,” Circleville Police Chief Shawn Baer told The Circleville Herald. “It was hard for us to lose her, but we’re happy for the reason she’s going, to spend more time with her granddaughter and family. You can’t blame someone for doing that.”