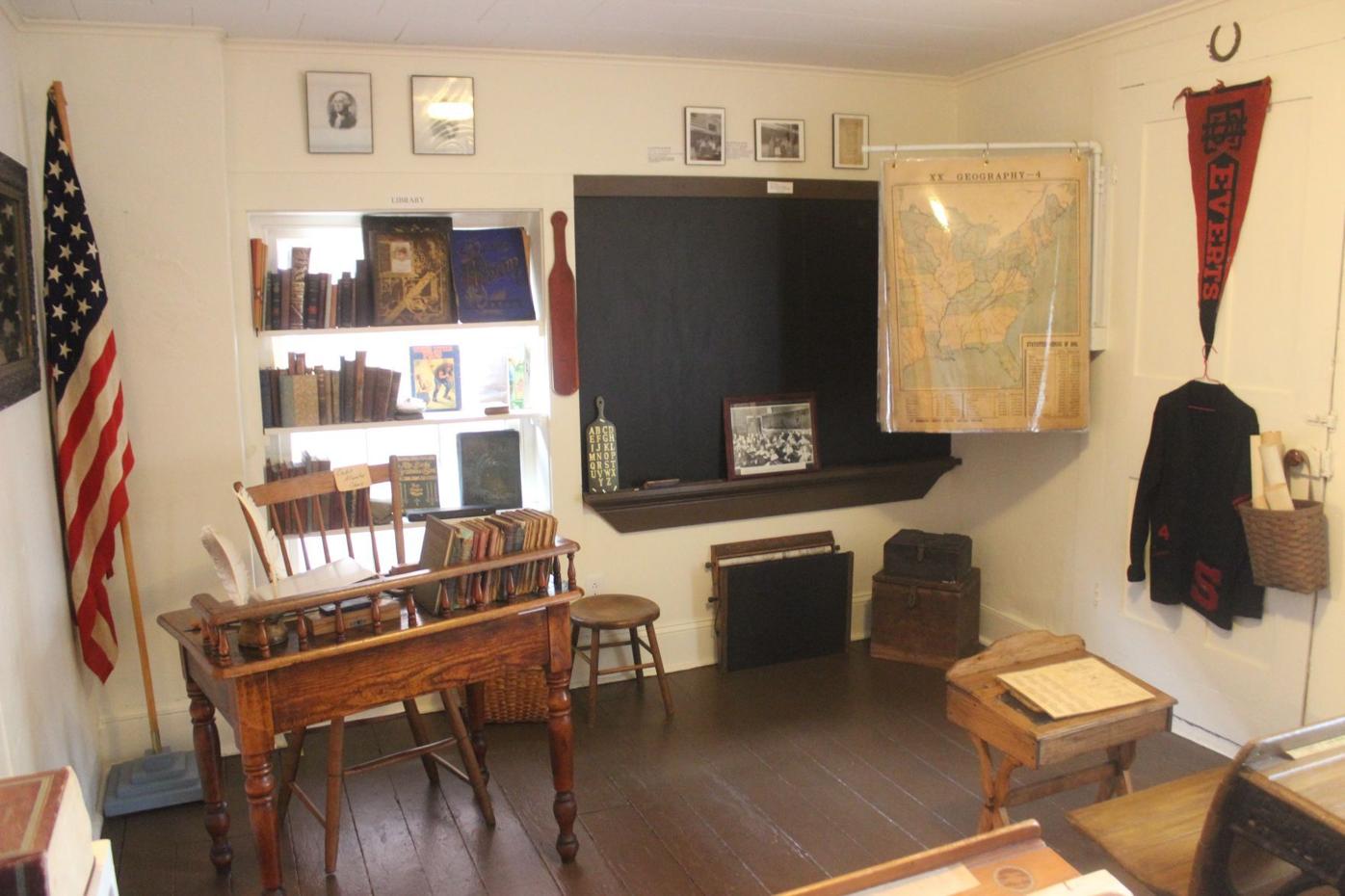 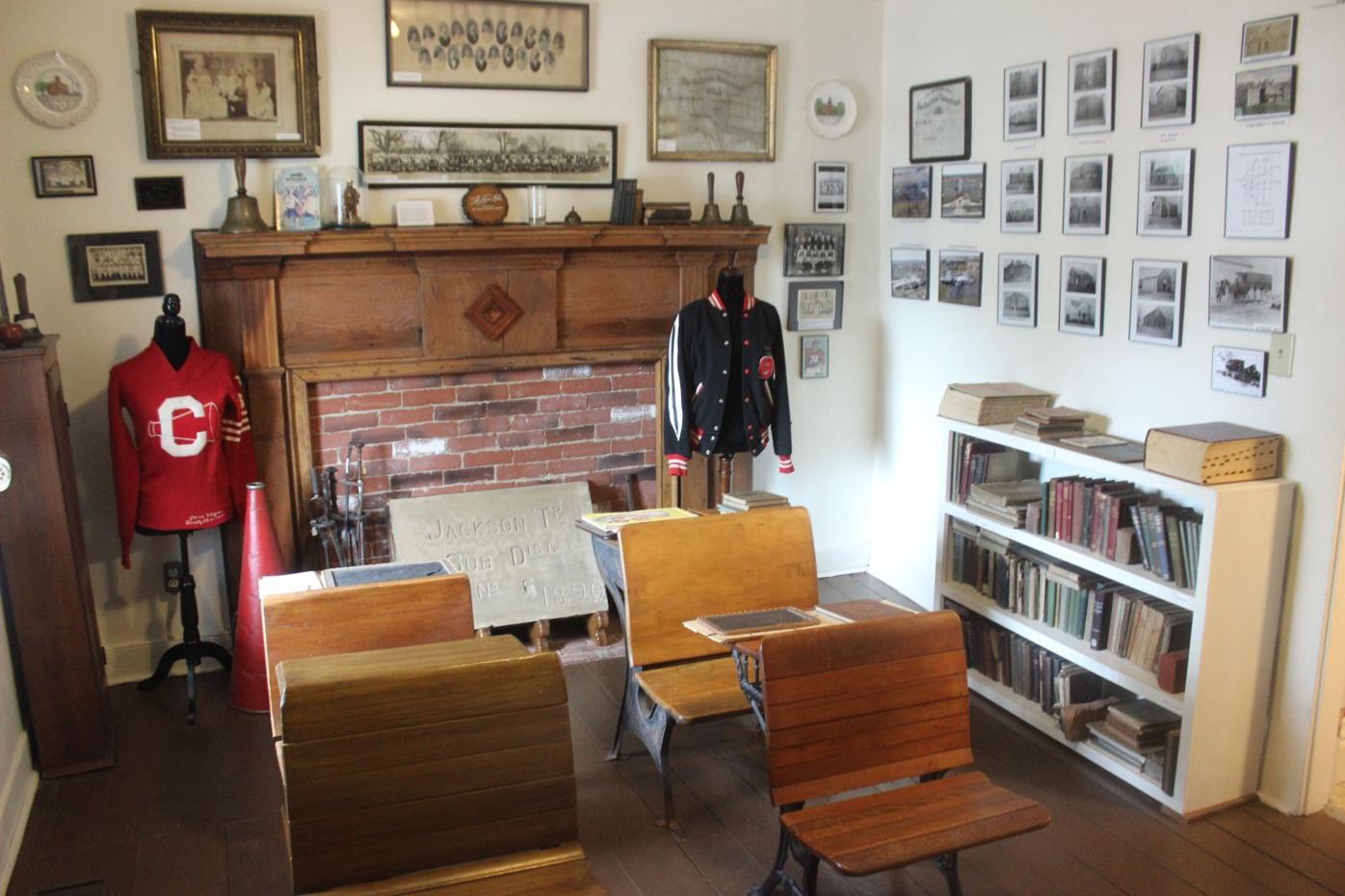 Included in the one-room schoolhouse are period desks and books, as well as pictures from some of the historical classes from around Pickaway County.

Included in the one-room schoolhouse are period desks and books, as well as pictures from some of the historical classes from around Pickaway County.

CIRCLEVILLE — There’s a room at the Clarke-May Museum in Circleville that offers a glimpse into education’s past in Pickaway County.

The Pickaway County Historical Society created a one-room schoolhouse with items and artifacts from several different schools around Pickaway County, including some from schools that no longer exist.

Jane Shaw, vice president of the Pickaway County Historical Society, set up the room using materials they had on hand and recent donations from the community.

There’s a chalkboard from a one-room school in Jackson Township, a cornerstone from School Number Six in the township. Photos from early graduating classes, desks from a number of different schools, a desk representative of the time from the post office and a chair that once belonged to Caleb Atwater, who was an early proponent of public education in Ohio.

In the days of the one-room schoolhouse, each school had to be within one mile of the students they served.

“The students all walked to school,” Shaw said.

Shaw said Williamsport, Jackson Township, Darby Township and many of the other schools are included in the exhibit.

“The one-room schoolhouses are all gone,” Shaw said.

The room was given to Shaw to design and dress to create that bit of history. Periodically, area schools visit the museum to show students what education was like in the past.

“I was told to put in a desk and a school board and so I put it on ‘You’re from Circleville when...’ and an old friend said they had a desk, chalkboard and two desks,” she said.

“That was the beginning of this. Whenever the kids come, I lose them because they’re in here going through the books. They sit at the desks and ask questions about the inkwells and how we did things.”

Shaw said students also ask about the paddle that they have hanging on the wall.

“The students always say ‘you can’t paddle us,’ and I said, ‘you should have had the teachers they had,’” she said. “You’d stand at the front, grab your knees and bend over. They’d whack you and sometimes, you’d get one or as high as six.”

Shaw said when they started, the room was full floor to ceiling of things and used as storage.

“We started totally from scratch,” she said. “Everything that’s in the pioneer room was in here. We had no idea what all was in here, but I think this makes an excellent schoolroom.”