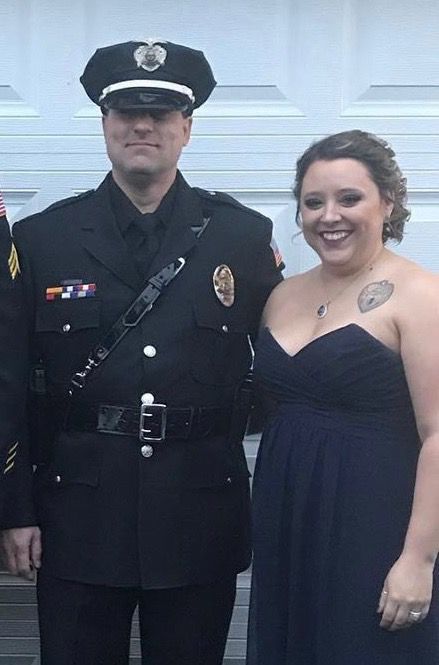 Farrelly in full uniform with his wife, Kiesha. 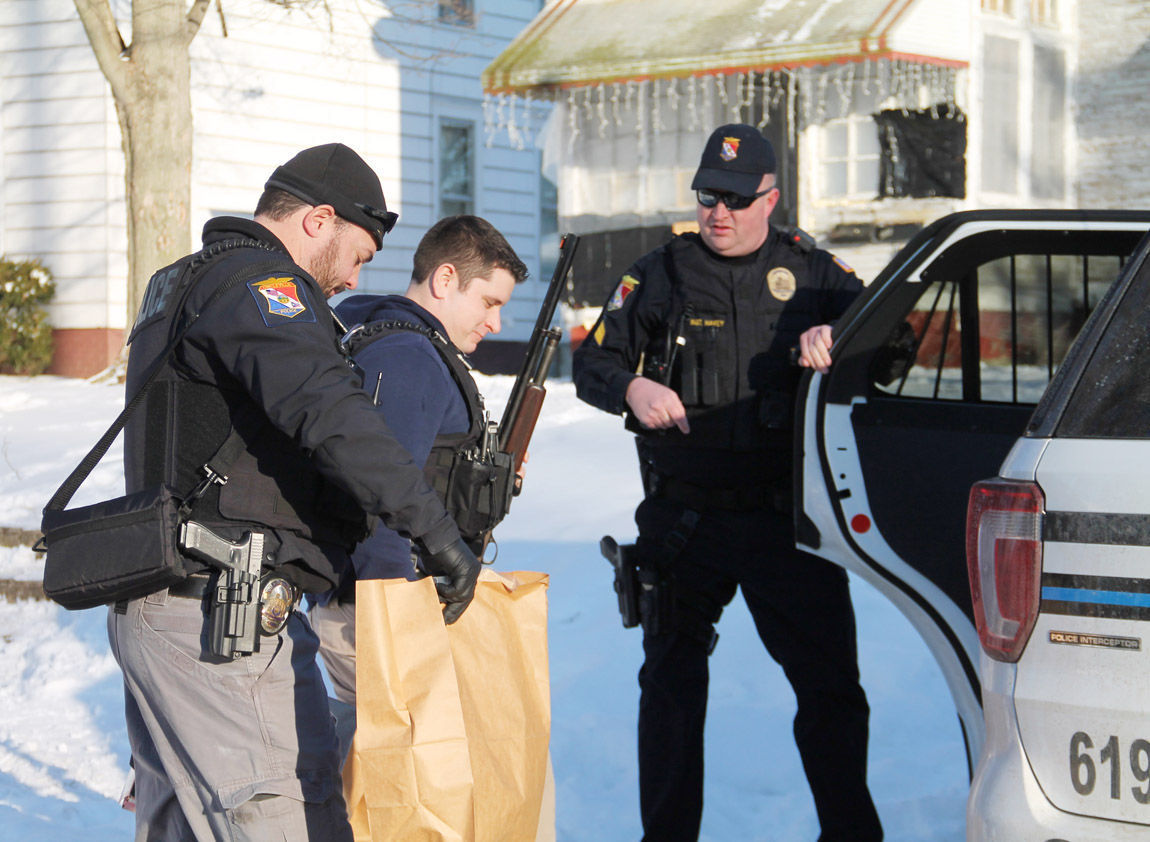 Farrelly in full uniform with his wife, Kiesha.

CIRCLEVILLE — Circleville Police Detective Jon Farrelly has always wanted to be a police officer and he’s doing it where he considers home.

Thursday was Law Enforcement Officer Appreciation Day and The Circleville Herald spoke with several officers about their job, life and everything in between.

Farrelly has been a Circleville Police Officer for 16 years and always wanted to be just that but started his career a little bit later in life.

“I never lost that dream to be a police officer,” Farrelly said. “It’s hard to say why, people say it’s a calling and it really is. You get the answer of wanting to help people, and there is that, but it was a calling to me and something I always wanted to do.”

When he was 25, Farrelly’s mother called him to tell him she’d discovered a letter written to him by the police chief in Wilmington, Delaware, who responded to him for an eighth grade project.

“She found the letter, I was at a point in my life where I wasn’t happy where I was working, and I lost focus of where I wanted to go in life,” he added. “The timing was perfect. I was like — that’s it, it’s a sign and I started looking into the police academy.”

Farrelly was hired at Mt. Sterling Police Department in 2003, worked there for a couple years before doing security work. He was then hired to the Circleville Police Department and has worked there, in many different roles, including jail administrator, school resource officer, patrolman and more.

“This is always where I’ve wanted to be,” Farrelly stated. “From 1993, when I moved to Ohio, I’ve lived here. Circleville is my city and I’ve always wanted to be a Circleville Police Officer and now I’ve been here 13 years.”

Farrelly said he’s proud to work in the community and that he feels like he’s starting to make more of a difference.

“You get satisfaction when you have someone tell you thank you for helping them,” he said. “That’s not why I do it but you do get that satisfaction.”

Farrelly said his favorite part of the job is the constant learning and challenge that the job has.

“You never know what the next day is going to bring,” he told The Circleville Herald. “I love being challenged to where you have to think outside the box or solve a problem. That’s every day with law enforcement. There’s something new that you have to figure out and come up with an answer or a solution. Every day is different and you have no clue what it’ll bring.”

Farrelly also talked about the brotherhood and family atmosphere that being in law enforcement brings.

“These people will have my back in anything, on duty, at the station or off duty,” he continued. “I’ve helped people put up fences, I’ve helped people move. It’s truly a family. To have a Monday through Friday job you have people that are your friends but it’s not the same as in law enforcement. If I have an issue I can talk to Doug Davis and talk through a problem as a brother, not just a co-worker.”

Farrelly said many times they’re dealing with people who are at their worst due to losing a loved one.

“We’ve got to be their support but also figure out what happened,” Farrelly remarked. “At times I feel cold-hearted because I didn’t shed a tear when their family lost their child. I can’t because if I get my emotions involved I can’t solve it.”

Farrelly mentioned a person he was recently trying to help who died as a result of a pursuit.

“It bothered me because I’d been trying to work with them but now they’re dead,” he said. “I thought what if this or what if that, and I could do that all day long maybe she’d still be alive. But if I do that, I can’t do my job. In a way we build relationships with these people and we do care about them, they may think we hate them because we’re arresting them but we do care. I’ve lost people to overdoses that I’ve tried to help.”

“When you think about marriage, you and your spouse might think you’re both right but you sometimes need that middle person to put things in perspective and we’re that perspective,” Farrelly said.

Farrelly noted that the perspective on fighting crime has evolved over the years and instead of just arresting people and putting them in jail for as long as possible, they try to solve the root of the problem whether that’s a drug addiction, a mental health issue or something else.

“Not all problems can be solved through rehab but if you’re doing what you’re doing because of addiction, you’re not going to change until we solve that addiction,” he added. “It has worked with some people recently but not everybody it works for and they end up in jail anyway. We’ve focus on figuring out how to help people in our community.”

When Farrelly isn’t working, which isn’t often, he spends his time with his friends and family, plays his PlayStation 4 and doing Civil War Reenacting.

“I’ve been involved with that for the last six years with my wife,” Farrelly commented. “Unfortunately the hobby is dying and our group disbanded so we’ve got to find a new group. It’s a lot of fun to dress up in the wool and carry those muskets and camp out Friday through Sunday.”