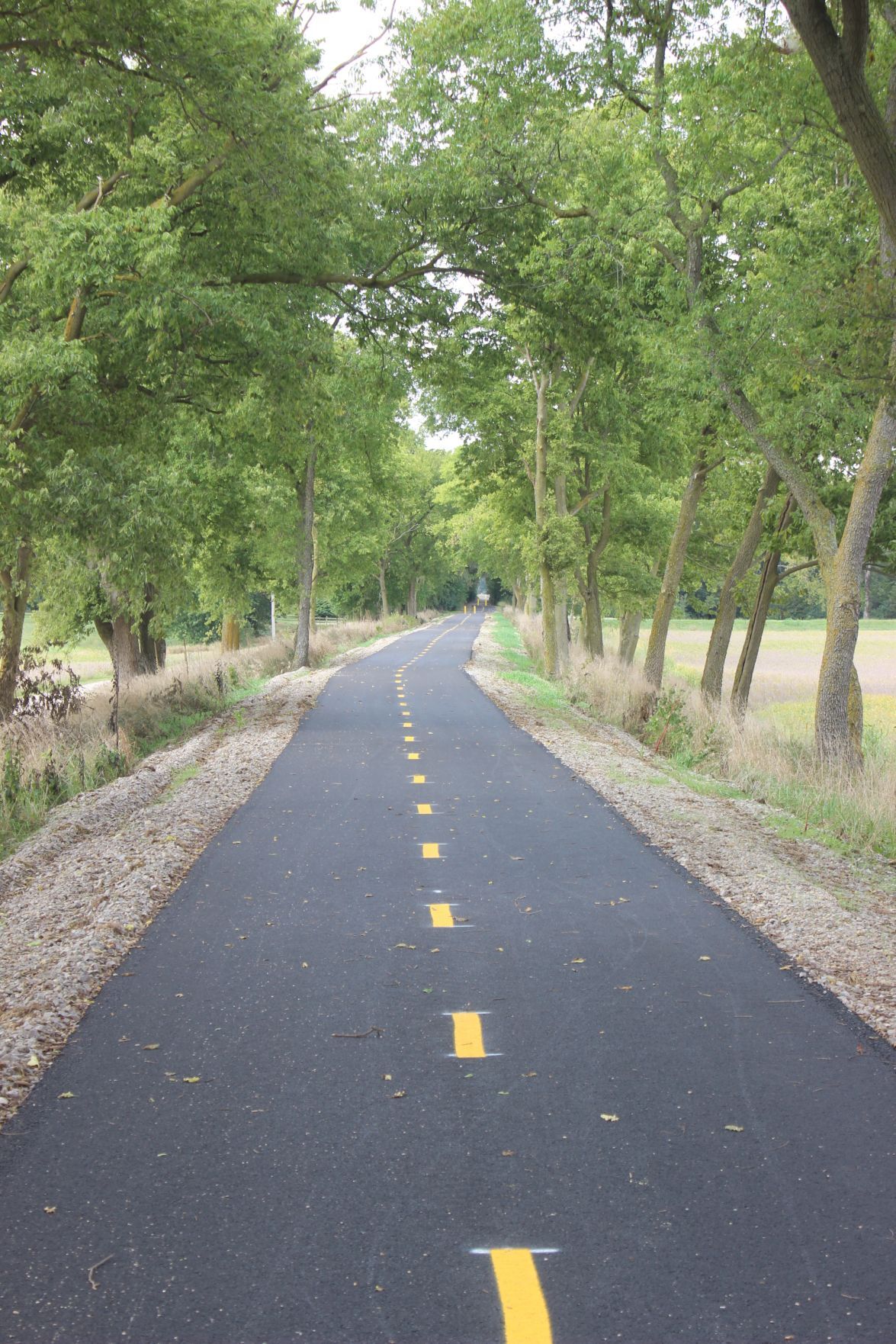 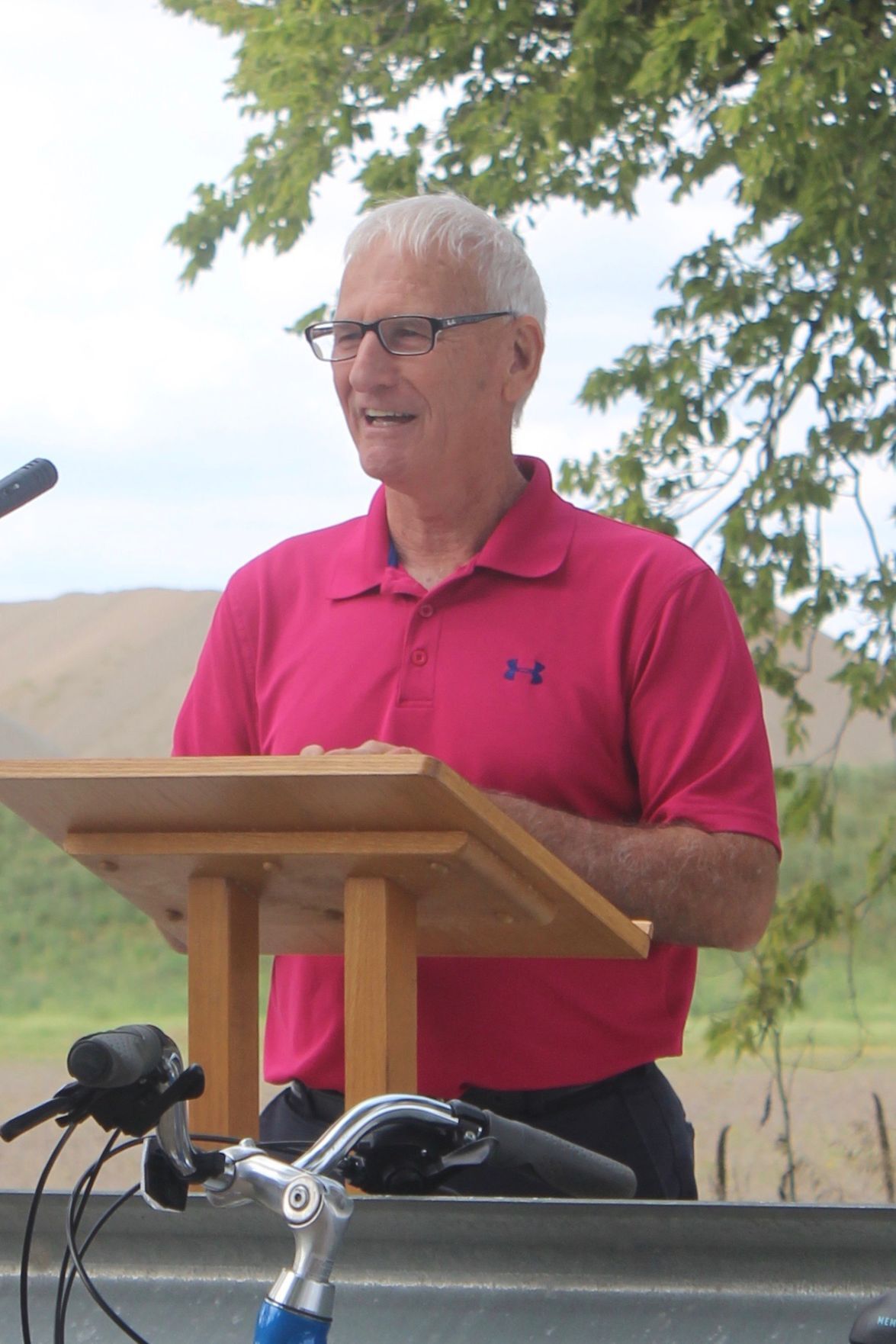 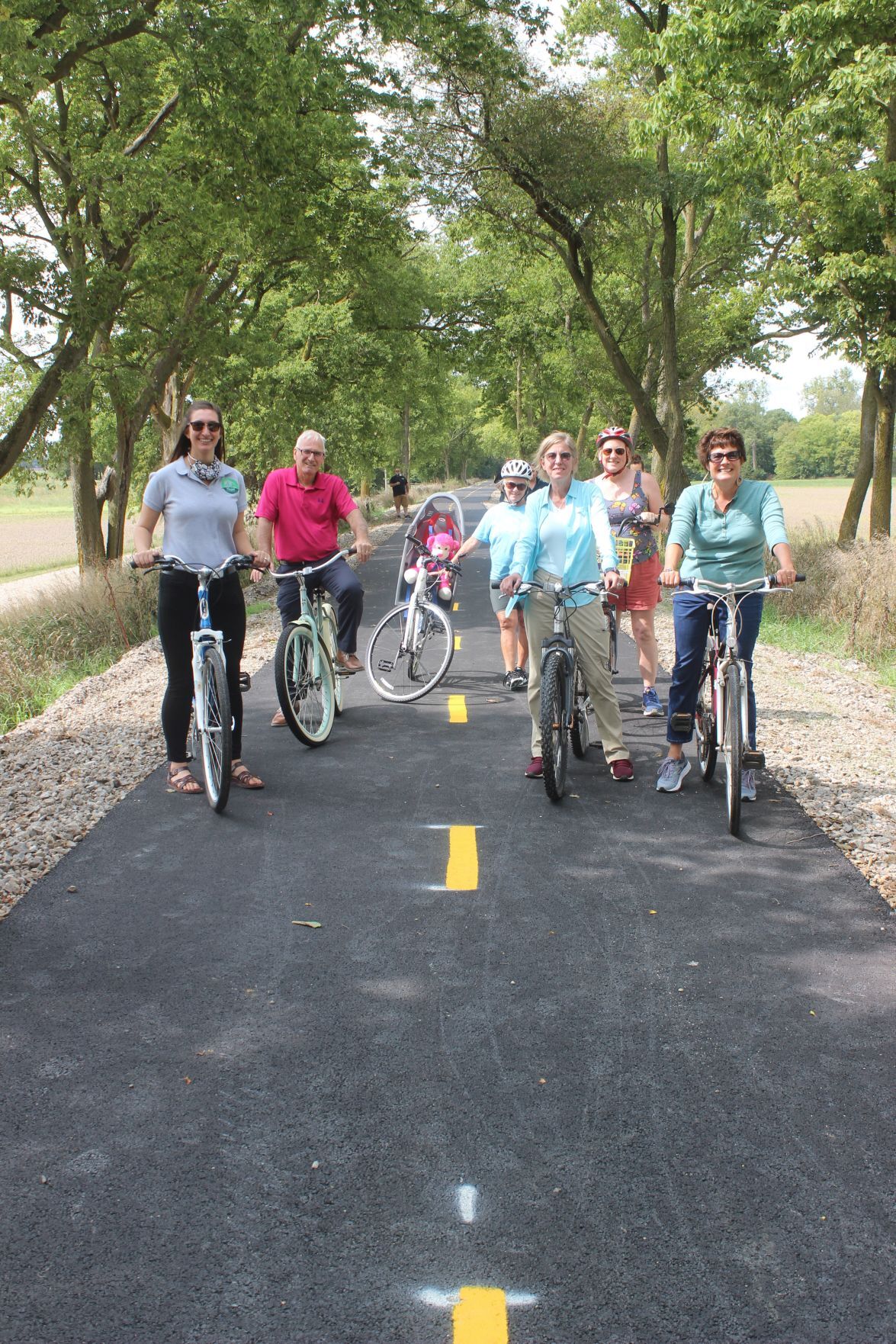 A handful of cyclists including Pickaway County Parks Director Tom Davis, get ready to head out on the inaugural bicycle ride on the trail. 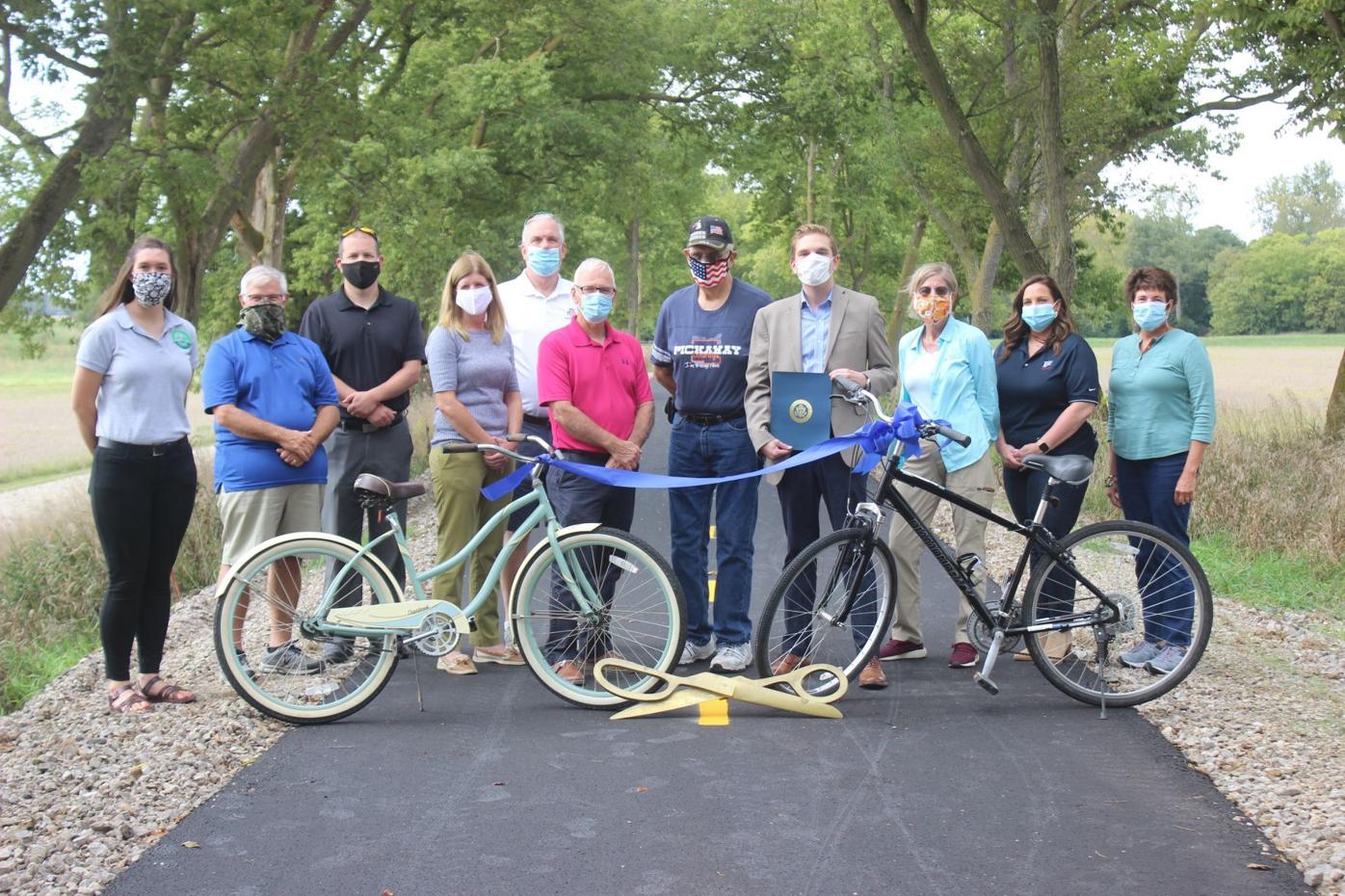 A handful of cyclists including Pickaway County Parks Director Tom Davis, get ready to head out on the inaugural bicycle ride on the trail.

The trail was paved with funds used by the Park District from its levy that passed n November of 2017. The project total was roughly $600,000 for the 1.4 miles of trail.

Tom Davis, Pickaway County Park District Director, spoke about the process of the trail, and provided some history of the Park District.

“This has been a labor of love for me for the last four to five years but it started way before that,” Davis remarked. “We had some very visionary commissioners in 2005 when the Park District didn’t have any money or staff. They were wise enough to talk to the electric company that was going to get rid of this property and the Park District put in for a grant to buy the corridor from here to New Holland and we deemed that the Pickaway Trail.”

Davis noted the park levy provided funds to do projects like the paving project.

“One of the promises of our campaign was to start working on the park trail,” he added. “Today is the celebration of the first phase from here to state Route 104.”

Pete Hartinger, Park Board member, spoke about the acquisition of the property and how everyone was behind them making it happen, including the adjoining land owners.

“Any concerns they have about the trail they got with us and this is an example of that,” Hartinger stated. “We’re committed to the farmers all along the trail, and you can see that down the trail we’re cooperating with them. We’re pleased to do it.”

Davis shared one such cooperation from the Richards farm and a worker who was about to turn on their irrigation system near the trail ahead of the event, but delayed an hour to allow the inaugural bike journey to take place.

“All we own is 60 feet from here to New Holland and we have land owners on either side of us,” Davis commented. “We have been blessed to work with Richards farms on not only this project but the other project across the road with trails that parallel the canal and the Scioto River.”

Davis took time to thank all the partners on the project and invited Nathan Wilson from the Pickaway County Visitor’s Bureau to share the importance of the trail with visitors to the county and community. Wilson called the trail a “wonderful asset” for the county.

“This trail represents a lot of different things for Pickaway County,” Wilson said. “Not only is it growth for recreation opportunities, it also brings economic activity and other things that grow the county in a positive way. With the leadership of the people in the Park District any growth in this area is going to be positive and done mindfully to increase the quality of life for our residents and to attract people to come in.

“[The district] has made our job easier at the Visitors Bureau. We are excited to share the story of where we’ve been and where we’re going. This is another one of those things,” he added.

Bill Richards, a former member of the Park Board and owner of some of the land around the trail, also spoke during the ceremony.

“This all started when the state decided it wanted to get rid of the canal,” Richards explained. “We went to the historical society and talked them into taking ownership and we cleaned it up with volunteers. We dug up a lot of the mess, old stumps, tires, and refrigerators. It went from one of the ugliest places in Pickaway County to what you see today.

“I know they could show the public what could be done and I’m really proud of this,” he continued. “This is beautiful and I hope everyone can really try it out.”

Davis concluded the ceremony by sharing what’s next for the trail and the Park District.

“We have a Pickaway County Trail Committee and we’re pulling them together to decide what our next phase is going to be; we have seven from here to New Holland,” he said. “We’re thinking it would be great to go from here to Circleville. We’d love to be able to encourage all the people there to get on their bikes and get on these trails. The big thing holding us up is the Scioto River. Stay tuned for more information on that.”