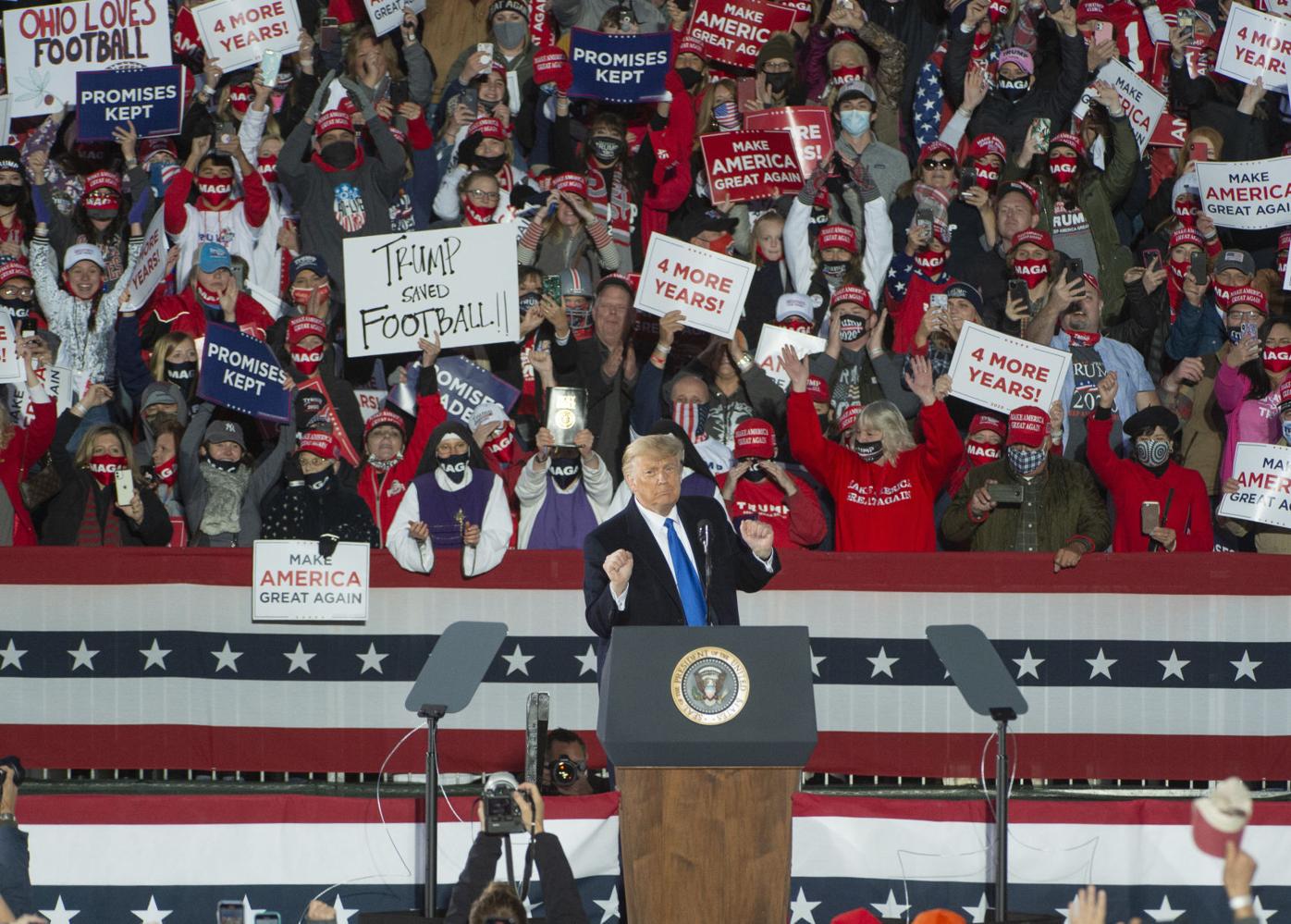 President Donald Trump does a dance during a campaign rally at the Pickaway County Fairgrounds in Circleville, Ohio, Saturday Oct. 24, 2020. 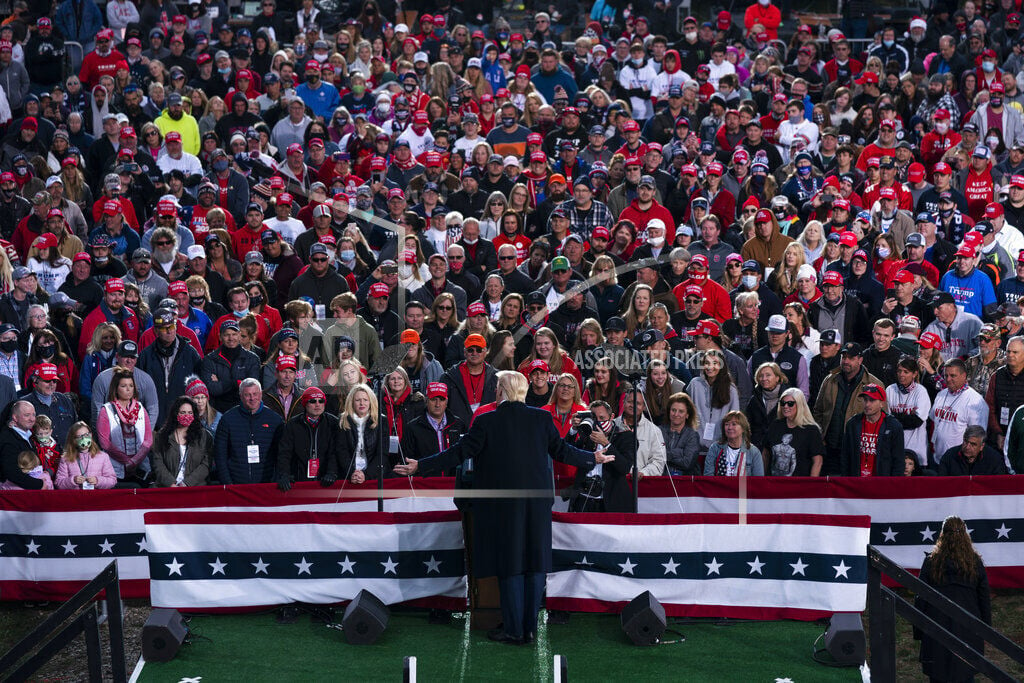 President Donald Trump does a dance during a campaign rally at the Pickaway County Fairgrounds in Circleville, Ohio, Saturday Oct. 24, 2020.

CIRCLEVILLE — Amid chants of “four more years,” President Donald Trump walked onto the stage at his rally Saturday at the Pickaway County Agriculture and Event Center in Circleville. Trump arrived just after 5:30 p.m.

Cloudy skies and cool temperatures did not deter the more than 17,000 attendees filling the fairgrounds. Many arrived early in the day. “There’s a lot of people in here,” said Trump, “but, did you see outside? You’re very lucky to be here. There are tens of thousands of people in the streets trying to get in here.”

Trump kicked off the conversation with football. “I worked hard to bring back Big 10,” said Trump, “and I got together with your Commissioner and he did a good job. We got it back and today you won your football game. Because I know life in Ohio is not complete without the glory of Ohio State football.”

Thanking the Pickaway County Commission, Ohio Supreme Court Justice Judy French and other Republicans for attending, he discussed fracking in Ohio, his choice of Amy Coney Barrett for the Supreme Court, and his admiration for his wife, Melania. The crowd responded to Trump’s comments about the first lady with, “we love her too.”

Trump referenced the Buckeye State on numerous occasions as, “the great state of Ohio.”

Earlier in the afternoon, Ohio Congressman Steve Stivers addressed the crowd gathering in the fairgrounds. “We need you, for the next ten days when you leave this rally, to leave fired up,” he said. “I need you to help make sure we elect people up and down the ticket that will help make America great again.”