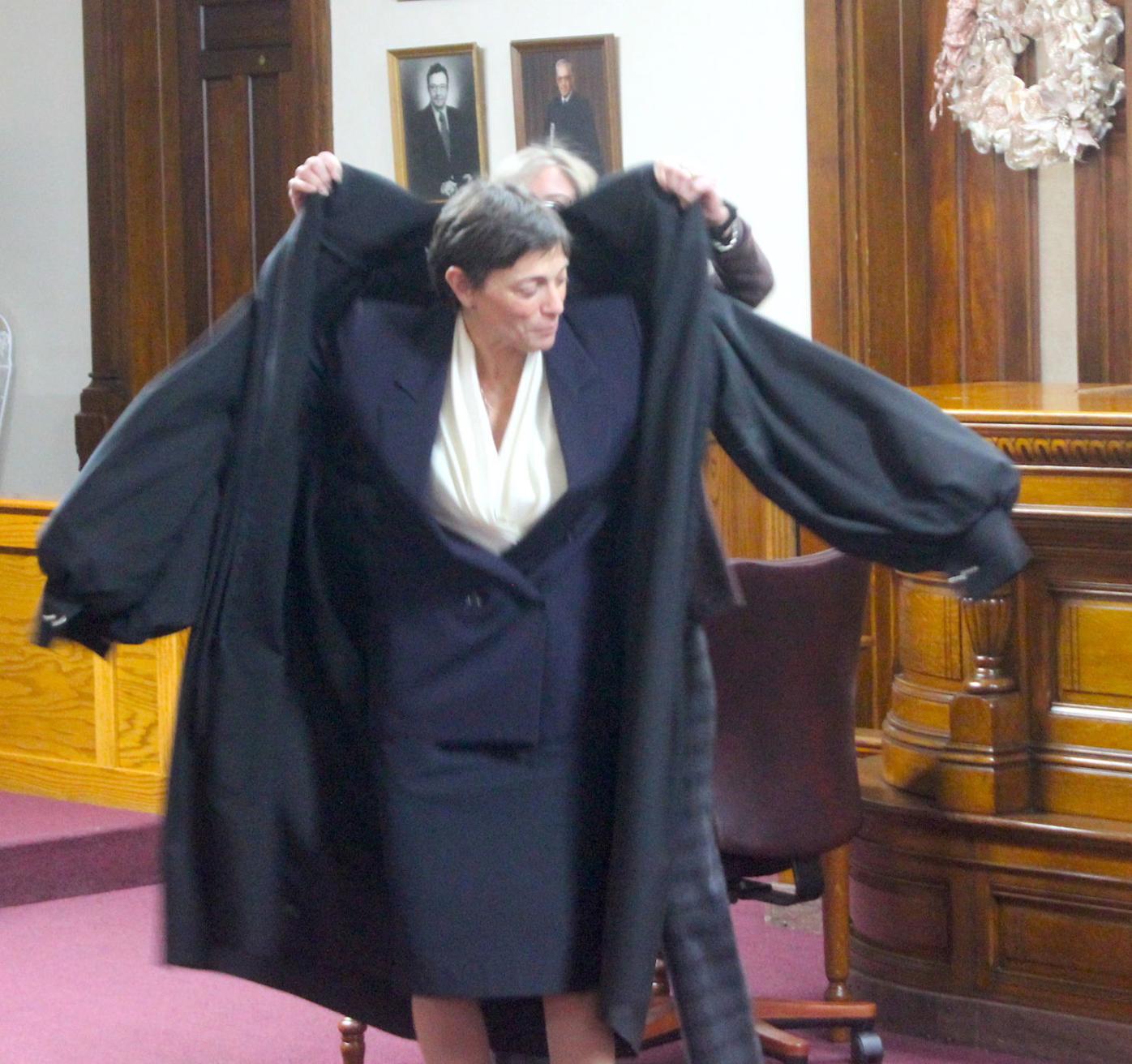 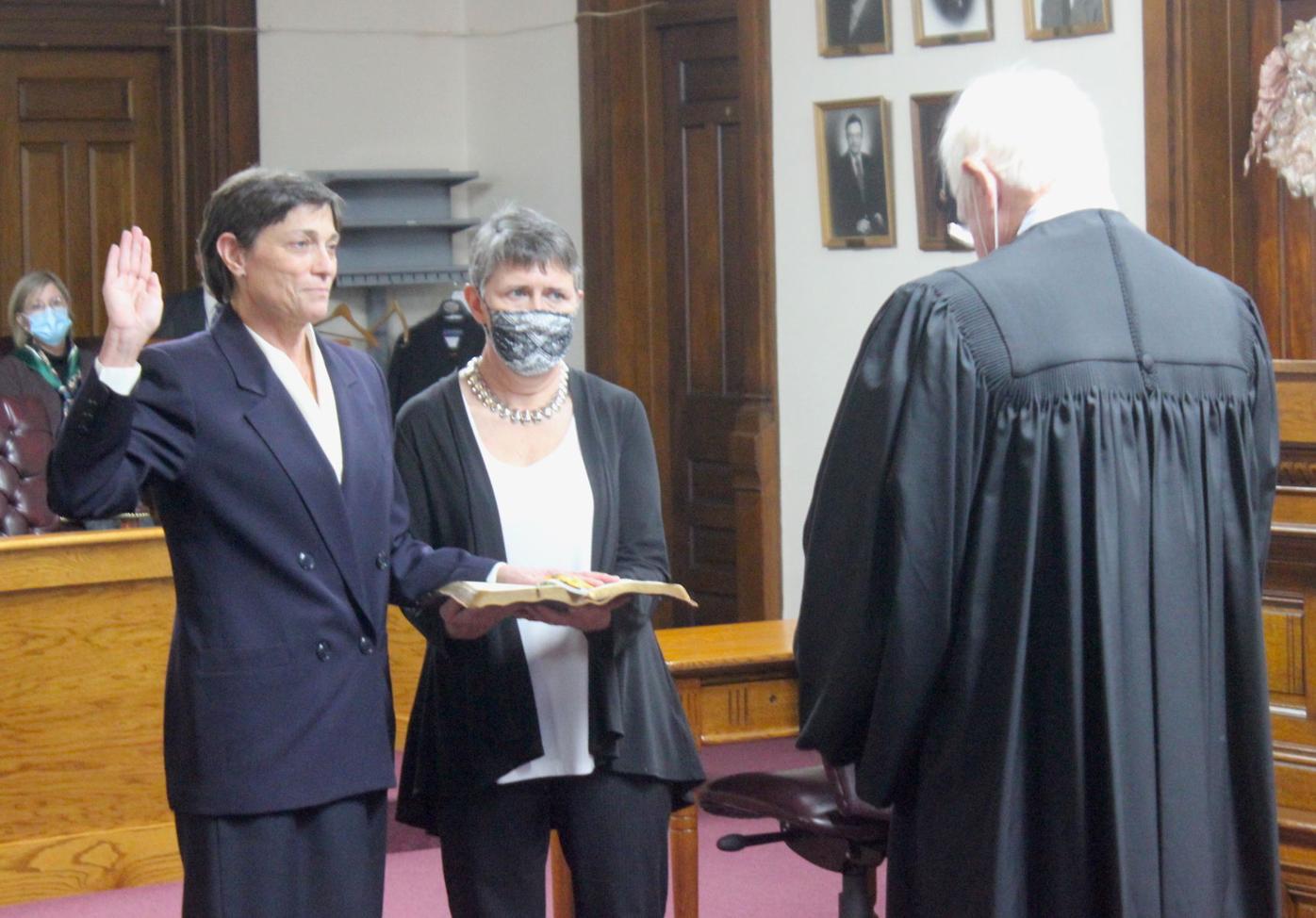 CIRCLEVILLE — Shelly Harsha was sworn in Friday morning as the Probate/Juvenile Division Judge in the Pickaway County Court of Common Pleas.

Outgoing Judge Jan Michael Long, who decided not to seek reelection and retire, presided over the swearing in and shared why he felt the ceremony was important.

“It’s significant as a personal accomplishment to Judge Harsha and it caps off dedication and service and it signifies to those of you here the sacrifices she’ll be making because of becoming a judge,” he said.

“Equally important, it reflects the vision of some very bright people 240 years ago who said when power is transferred from one person to another, it’s done in a peaceful manner. In courthouses in Ohio and around the United States, we recognize a peaceful transfer of power, which we’ll do now.”

Harsha’s husband, William Harsha, who is also a judge and previously served on the Fourth District Court of Appeals and was a visiting judge on the Ohio Supreme Court.

Following her swearing in and gowning ceremony, Harsha spoke for a few minutes about her history and future.

Harsha, who previously was a magistrate with Pickaway County Common Pleas, thanked those who have mentored her along the way, including her family and those she’s worked with and for.

“I’ve practiced with John Farthing and everything I’ve learned from him, I’ve learned to speak loud and last,” she said.

Harsha also spoke about the clerks of the Pickaway County.

“They are the backbone of the court system,” Harsha said. “I’m amazed at how many people will be rude to a clerk because they can just cut you at the knees and it’ll be amazing at how things don’t get done. Having been in all three clerks offices, I know how hard they work.”

“They’ve been very great at letting the magistrates do their job and didn’t micromanage them,” she said. “The best thing I’m learning about a magistrate that I am learning now is that if I screw up, they can fix it before it goes to the court of appeals.”

“It’s been very nice since the primary knowing that I was official and that I was going to be in and [Long] has been forthcoming with information and involved me in decisions that he didn’t have to, like hiring decisions and policy decisions,” she said. “As far as a peaceful transfer of power I don’t know that it could have been any nicer.”

Harsha said she is looking forward to the challenge of being a judge.

“As a magistrate, all I have to do is file my opinions, keep two judges happy and stay off the radar,” she said. “Now that I’m a judge, there are 18 people that I have to monitor and be responsible for. The legal work doesn’t terrify me as much as being an administrator and a public official doing what needs to be done at all times, 24 hours a day.”

Harsha concluded by thanking those that voted for her.

“I look forward to the next six years,” she said.