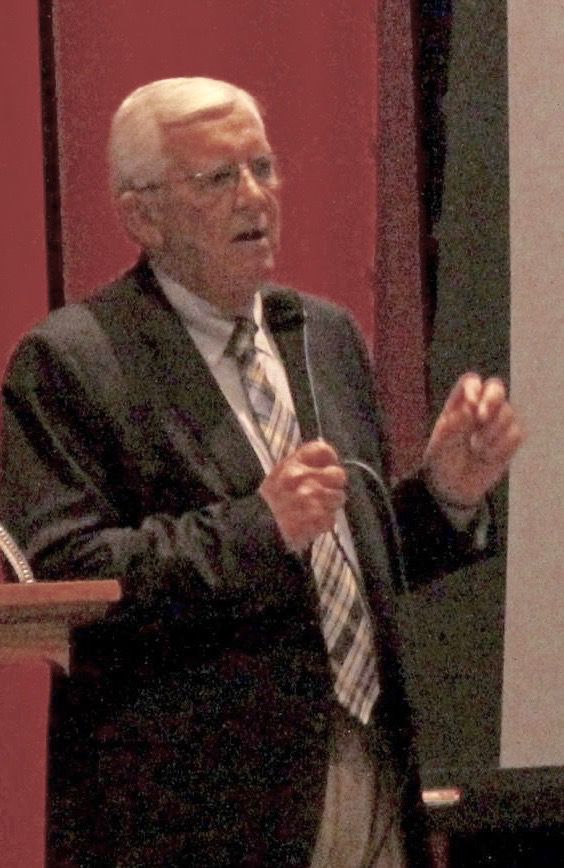 The panelists address a question from the crowd during the Homeless Town Hall meeting Monday night.

The panelists address a question from the crowd during the Homeless Town Hall meeting Monday night.

CIRCLEVILLE — Homelessness is a problem in Pickaway County, and as a result local residents attended the town hall meeting Monday night to try to solve the problem.

More than 150 people attended the more than 90-minute town hall, held in the Circleville High School Auditorium. The meeting was designed to inform the public and other agencies of what programs are in place and to begin discussions on what can be done moving forward.

The discussion was called and moderated by Circleville Mayor Don McIlroy.

McIlroy said he was happy with the turnout and looks forward to setting up a weekly meeting to tackle the problem.

“I think we came up with a lot of good ideas and we were able to paint a picture of the homeless a little differently than most people thought it was,” McIlroy said. “I think we realize that there’s not only homeless but they also need more help. Tonight we educated the folks that are here with some agencies that can help these folks.”

McIlroy further noted that the issue of homelessness couldn’t be resolved with just one meeting, but it is something the city and the community would work towards.

“I would hope as a community by having the awareness is step one, let’s talk about it and then try to do something about it,” he added.

During the night, the homelessness problem was compared to the opioid epidemic. It’s a problem that both McIlroy and Police Chief Shawn Baer said the City wouldn’t arrest its way out of.

“I think the biggest problem that we’re having is not so much with drugs but with mental health issues,” Baer remarked. “We’ll work with some mental health agencies that will hopefully be a part of this panel that I’m going to convene and talk about these things.”

McIlroy said he’ll be reaching out to partners, like those in mental health and at OhioHealth, and is accepting phone calls from members of the community who would like to participate in helping to fix the problem.

“We’ve been talking to other communities about how they’re combating this problem and they’re in the same boat we are,” McIlroy continued. “It’s something new for them, especially communities our size. You’re not going to solve this through government. It’ll be resolved by the community and I think this was the first step of making something great happen in Circleville for these folks that are homeless.”

Jama Cobb, executive director of the United Way of Pickaway County, said she was excited to see the number of people that were present to help solve the problem.

“I think the resources are pretty well established here but it’s about connecting the dots and finding the gaps,” Cobb stated. “Talking to the homeless is going to shed a lot of light on what we need to do and how we need to do it. I’m excited to see where this goes and how it ends up. I see great results coming from this.”

“Tonight what we learned most of all is that the problem won’t be solved just by public partnerships but from a public-private partnership,” Wright added. “We value all the input we received tonight and we’ll utilize it as we move forward. This conversation needs to continue and to happen more regularly.”