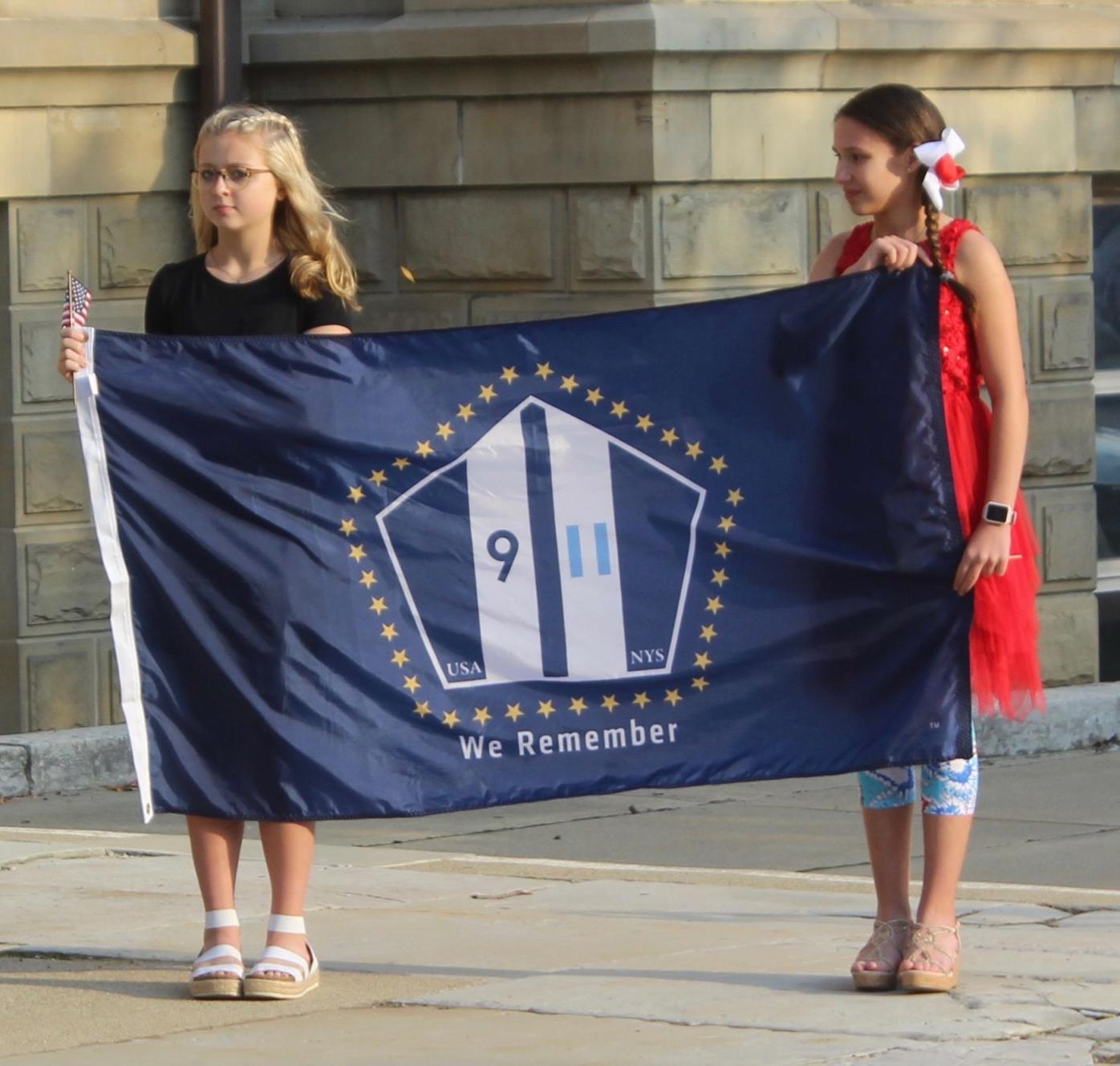 Katie Reynard and Cicely Esterline hold a flag at the 9/11 remembrance ceremony in Circleville Saturday. 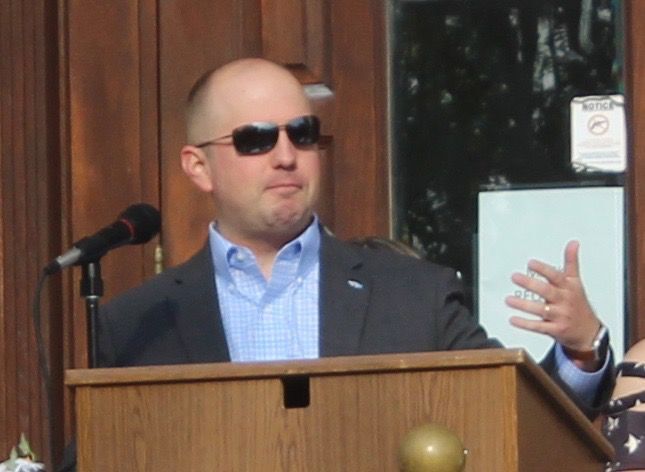 Brian Stewart, Representative to the Ohio General Assembly for the 78th District, spoke at the 9/11 memorial ceremony in Circleville Saturday. Stewart spoke about how he was feeling that day and how 9/11 changed the course of his life. 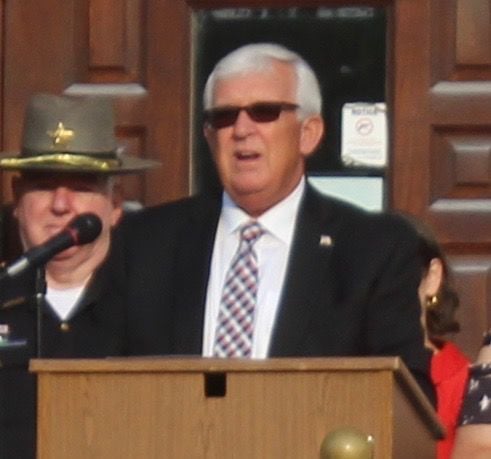 Katie Reynard and Cicely Esterline hold a flag at the 9/11 remembrance ceremony in Circleville Saturday.

Brian Stewart, Representative to the Ohio General Assembly for the 78th District, spoke at the 9/11 memorial ceremony in Circleville Saturday. Stewart spoke about how he was feeling that day and how 9/11 changed the course of his life.

CIRCLEVILLE — A few hundred people gathered last Saturday to honor and remember those lost on 9/11 and in the following war on terror over the last 20 years.

Circleville Mayor Don McIlroy and Brian Stewart, Representative to the Ohio General Assembly for the 78th District, both spoke at the event, which included a handful of people from the crowd who spoke the names of those lost either on that day or in the days since.

McIlroy spoke about “the valor of those lost” and never forgetting those who showed heroism on that day.

“The attacks of Sept. 11 were intended to break our spirit, but instead, we emerged stronger and more unified,” McIlroy said. “We feel a renewed devotion to the principals of political, economic and religious freedoms, the rule of law and the respect for them. We are even more determined now than ever to live our lives in freedom.

One of the worst days in American history saw some of the bravest acts in American history and we always honor the heroes of 9/11 and we pledge to never forget their sacrifice and despite our shared grief in the aftermath of 9/11, hope, resilience and unity lift us up as a nation.”

Stewart spoke to honor those who served in the armed forces and spoke about his own reason for signing up. He was a senior in high school on 9/11, something that he said totally changed the trajectory of his life.

“I look back and I think about being a senior and just the degree to which it changed so many lives,” he said. “It changed the course of our country, but also our personal lives. I wasn’t thinking about joining the infantry before 9/11, I wasn’t thinking about public service before 9/11. I look back this morning at 20 years and I realize every single thing I’ve done in my life is to that day, when I was sitting in math class and they rolled a TV in and said there was something happening in New York City, and I am not alone.”

“These gentlemen signed up to serve and they didn’t have to, every single military service member who gave their life did so willingly,” he said.

Stewart then spoke about the emotions he was feeling.

“We call this Patriots Day now and I’m proud to be an American, I’m proud of our country,” he said. “I’m sad to talk about these folks and have to remember the loss of life we experienced but folks, I’m going to be honest about something else in my heart this morning because I got up and I started watching the footage from that morning — the planes hitting the towers, screams from onlookers — and I looked at my wife with tears streaming down my face and I was suddenly back in that high school classroom and I told my wife, ‘honey, I’m still mad as hell.’

Police Chief Brian Thompson spoke about the first responders and read from a Facebook post made the night before by Scioto Township Fire Department Chief Neil Cline.

“On the morning of Sept. 10, 2001, NY Fire Chaplain Michael Judge showed up at the headquarters of fire engine 73 and ladder 72 and an excerpt from what he told those fine woman that day was ‘that’s the way it is, good days and bad days, up days and down days, sad days and happy days, but never a boring day on the job,’” Thompson said.

“You show up on the job, put one foot in front of the other, go out on the rig and do the job, which for most of us is a mystery and a surprise. You never know when you go out, how big of a call or how small of a call, you have no idea what God is calling you to do. He needs you, he needs me and he needs all of us.”

Thompson asked people to thank the people, including both first responders, active duty military and veterans who go out and do those jobs, even though that’s not why they do it.

“We don’t do it for the thanks, we do it because of selflessness,” he said. “I thank all of you for what you do on a daily basis.”