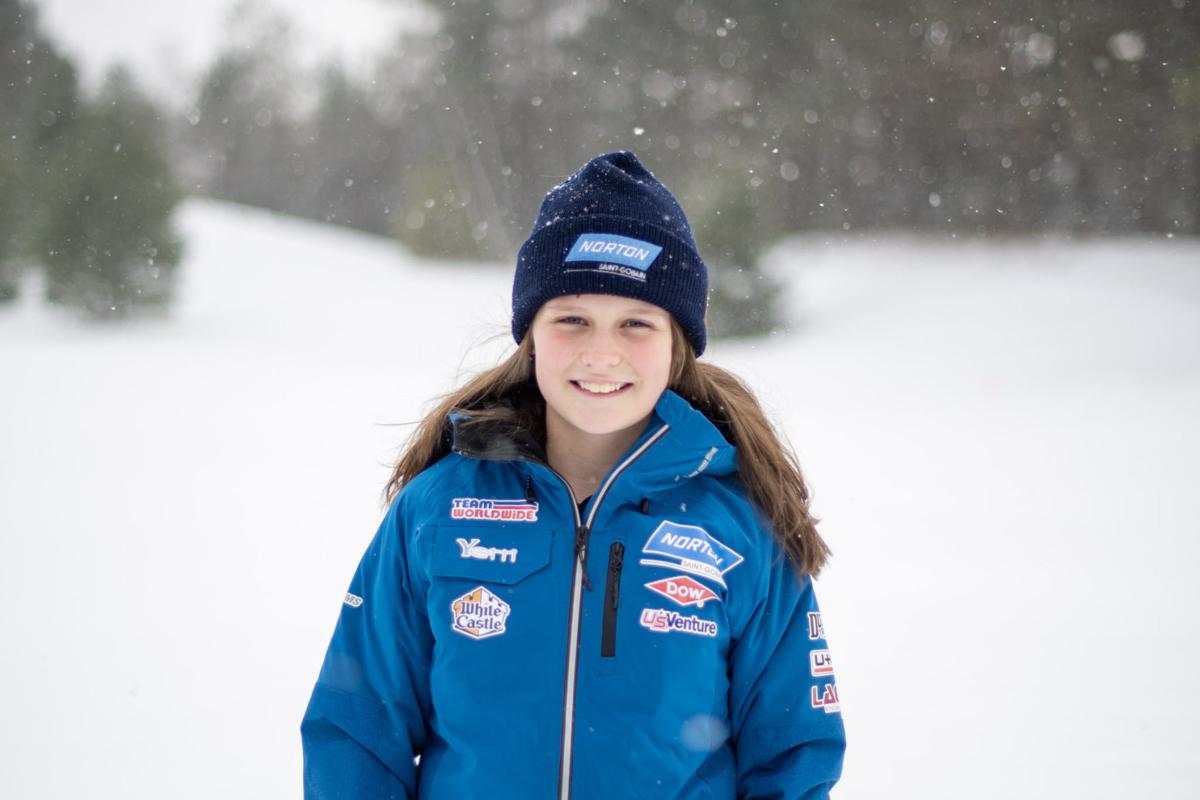 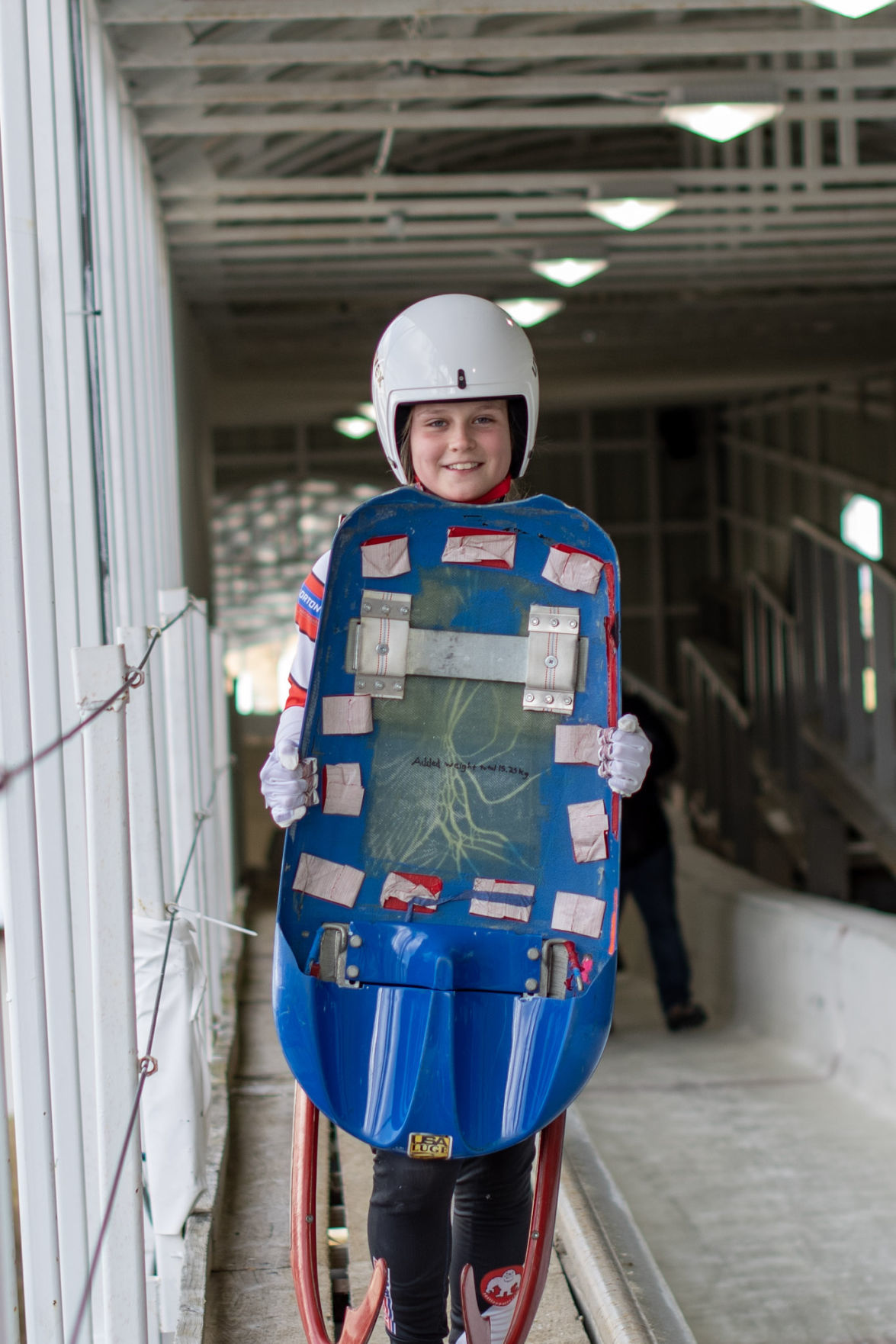 Jalynne Davis with her luge sled 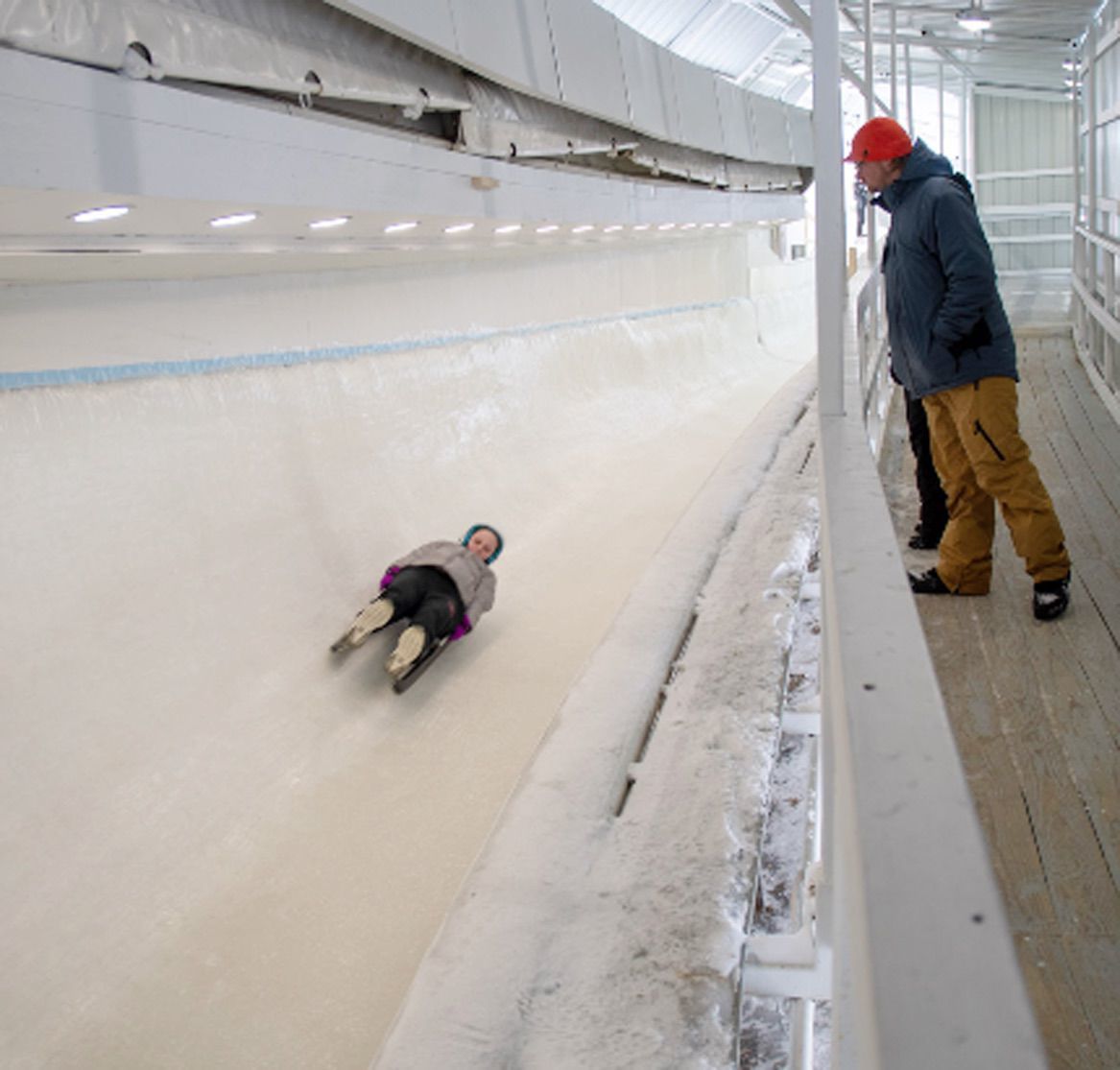 Jalynne Davis travels down the track during a practice run on a luge. The Circleville Middle School eighth grader in April was named to the Junior United States Olympic Luge Development Team. 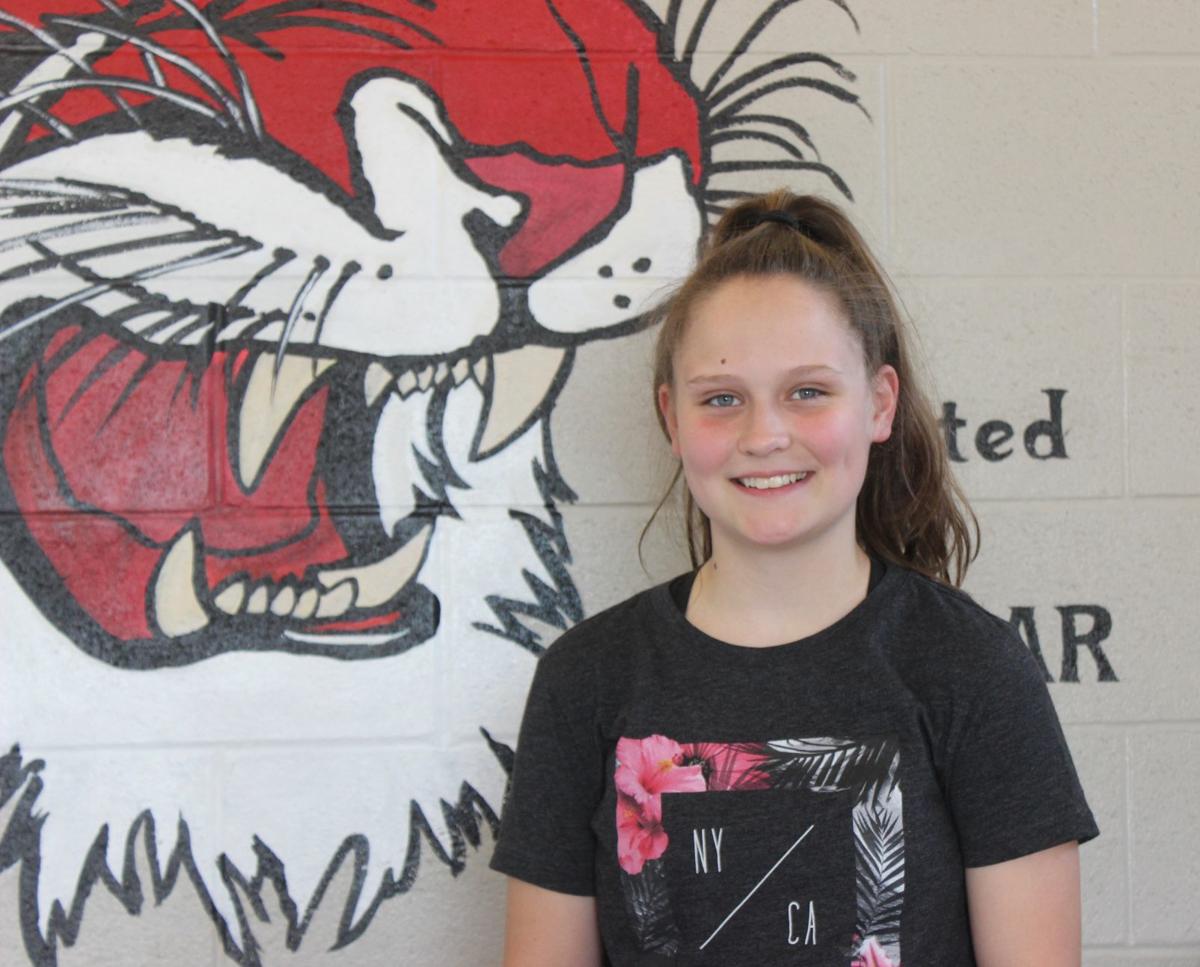 Jalynne Davis, 13, is a luge athlete on the U.S. Olympic Junior Development Team.

Jalynne Davis with her luge sled

Jalynne Davis travels down the track during a practice run on a luge. The Circleville Middle School eighth grader in April was named to the Junior United States Olympic Luge Development Team.

Jalynne Davis, 13, is a luge athlete on the U.S. Olympic Junior Development Team.

CIRCLEVILLE — A Circleville girl is headed to Lake Placid for the Empire State Winter Games.

Jalynne Davis, 13, has already left for New York and will be joined by her mother and grandmother on Jan. 30 for the opening ceremonies and her competition in Luge on Feb. 1. Luge is a sport that involves one or two people on a sled speeding down a track and has been part of the Winter Olympics since 1964.

“This will be here first competition and we hope that she does well,” Christina Davis said. “For her to even make the team was a huge accomplishment and we are so proud. I tell her all the time that I don’t care if she does well so long as she’s happy and having fun. It’s nice for her.”

Jaylnne’s coaches told Christina not to worry if she doesn’t medal in her first competition but that hasn’t stopped Jalynne.

“She’s been training hard, especially since it’s competition season,” her mother said. “She left on the 19th and we pick her up from the airport on Feb. 3. She then leaves on Feb. 8 and is gone until Feb. 15. She’s been gone a lot during this time period.”

Christina was thankful for the support of both the school and the community in helping Jalynne compete.

“I’m glad the school is working with us and letting her go,” she remarked. “It’s very nice to get that support from them.

When it comes to the community, Jalynne has had some celebrity status.

“When we went to the airport it was awesome,” Christina added. “I don’t know what it was from but there were three different people that recognized her. One of the people was the security guard and he knew her name and couldn’t believe she was there.

That was a huge confidence booster for her to see people in the community care and give her support.”

As far as the future goes, Jalynne will compete again during Youth Nationals from Feb. 29 to March 1. That event will also be held at Lake Placcid. At the end of June the new Olympic season starts and that’s when the Davis’ find out if Jalynne has moved up from the D team to the C team and will have her expenses covered.

“We’ll find out then if she moves up,” Christina said.

The Olympic team discovered Davis by pure happenstance. She was noticed in May 2018 by Olympic scouts when at an event with a White Castle Restaurant in Columbus where Christina works. During this event there was a trail run of the luge for children to participate and Davis and her siblings each gave it a shot.

“White Castle does a partnership with the Olympic Team and they go around the United States looking for kids 9 to 13 that show potential in the sport,” Christina told The Circleville Herald. “We were on the way home from one of Jalynne’s travel basketball games and we thought let’s just stop there and get some free food. She tried the luge and did phenomenal.”

Davis said from there about 800 kids were tested from all over the United States and then 80 kids from that lot were chosen in September of that year to participate in elimination rounds at Lake Placid, New York. Jalynne was then chosen from those 80 chosen to be one of 10 girls and 10 boys to be added to the development team.

Jalynne told The Circleville Herald last August that she was excited to learn that she had made the cut earlier that year.

“I was nervous about going up there but I got over that,” Jalynne stated.

When it comes to why she participates, Jalynne said she likes how fast the luge goes.

“It’s all about the speed,” she added.

One of the big things for Jalynne is the responsibility of being an Olympian in training. Parents aren’t allowed to be present with their children during training. They’re tested to see if they can be responsible to eat correctly, follow directions and do what they’re supposed to. The athletes stay in dorms, similar to a college experience.

“They want to see if the kids are not only good athletically but mature enough to be away from their parents for two weeks at a time,” Christina noted. “We drop her off and she has her own dorm room. We could go watch her runs but we found out they don’t like that so I wanted to give her as much leeway to be a grown up as she could and she did really well in that environment.”

Mom’s not worried, along with Jalynne, she has three other kids. Christina said she was strict with each of them when they were younger, adding that as they’ve gotten older, she believes they can handle the responsibility.

“I wanted to enforce the fundamental values of how I wanted them to behave,” she said. “As they’ve gotten older I’ve stepped back a lot because I’m pretty confident they’ve all grown and matured into good people. I just trust they’ll make the right decisions and choices.”

Christina said the cost to put Jalynne into the training can be expensive, totaling between $7,000 and $10,000 including traveling costs, room, equipment and training. Currently in the lowest level of development, Jalynne will have her equipment and travel paid for by the Olympic Committee if she is promoted to the next level.

Due to that cost, the Davis have set up a fund through the Olympic committee to help fundraise to offset the cost.

“Once she moves up to the C team they’ll say she’s done enough to prove that she’s serious,” Christina concluded.

To donate directly to the association in Jalynne’s name do so by writing a letter that states: Funds are to support athlete Jalynne Davis, U.S. Jr. Olympic Luge Development Team with the donation to the United States Luge Association, 57 Church Street, Lake Placid, New York 12946.

The United States Luge Federation has set up an online donation page for Davis which is located at https://secure.givelively.org/donate/united-states-luge-federation-foundation-inc/jalynne-s-training-fund.