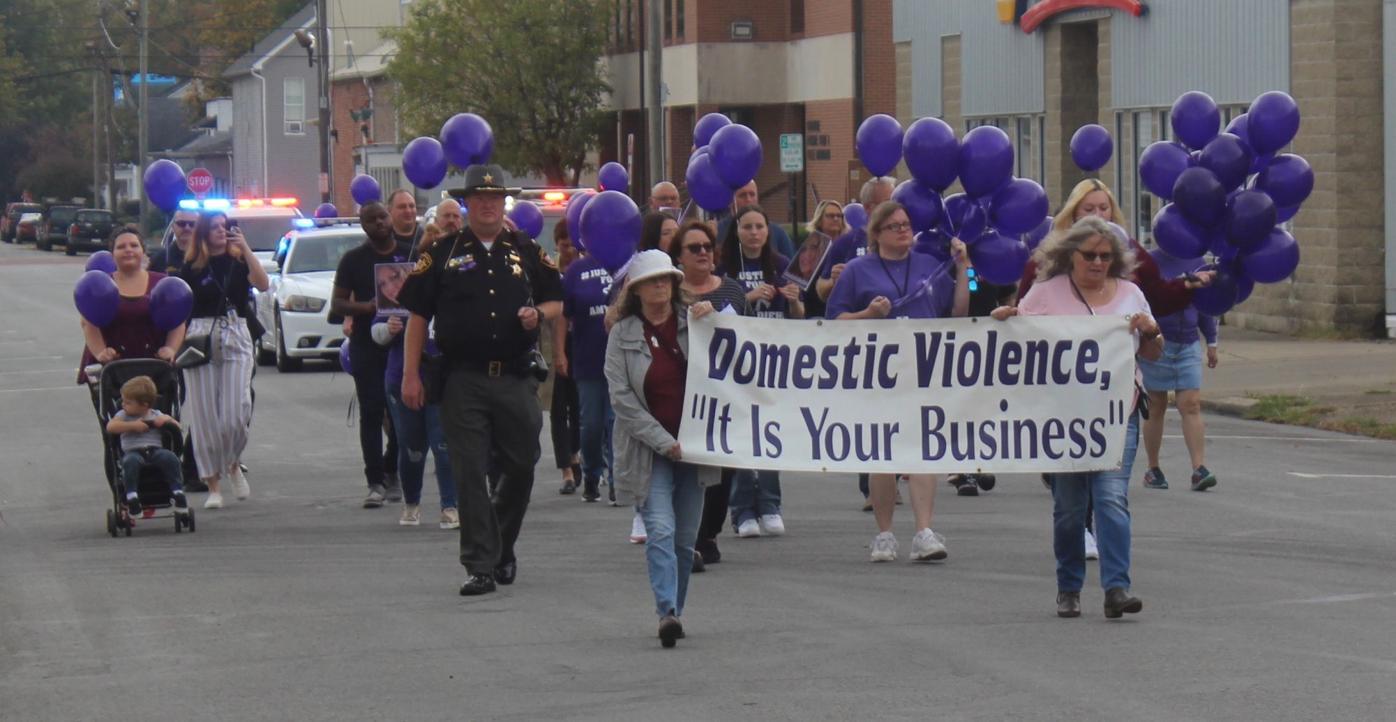 The Silent Victims March was held for the 23rd year this week. 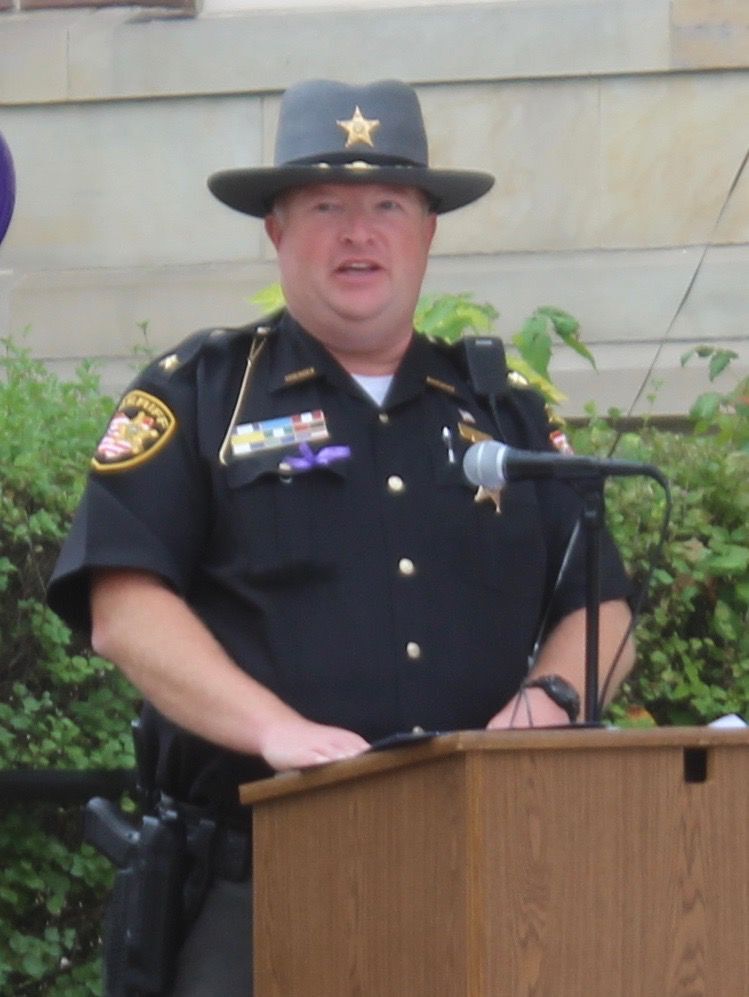 Pickaway County Sheriff Matthew Hafey spoke at the Silent Victims March and Rally this week urging victims to reach out and get help, no matter what they need to leave an abusive situation.

The Silent Victims March was held for the 23rd year this week.

Pickaway County Sheriff Matthew Hafey spoke at the Silent Victims March and Rally this week urging victims to reach out and get help, no matter what they need to leave an abusive situation.

Lisa Johnson, executive director of Haven House, shared their purpose for the event, now in its 23rd year, that culminated in proclamations from both the city and county declaring October as Domestic Abuse Awareness Month.

“Today, we celebrated those who have survived and moved on from domestic violence, recognize the need for services and assistance for victims currently living under the power and control of another and mourn those lives lost to this grime that goes so often unrecognized and unreported.”

Johnson said domestic violence takes a toll on the victims, children of victims and the community.

“Domestic violence does not discriminate, it does not care if you are rich or poor, black or white, what religion you belong to, where you live, it affects each and every one of us,” Johnson said.

“October has been designated as Domestic Violence Awareness Month and we hold this event to make our community aware of the problem that exists.

Many of us here today have been affected by domestic violence. It doesn’t just leave physical scars, but it leaves scars that never heal. Physical abuse is horrible, but the power and control by an abuser on their victim, causes the loss of self-esteem, the loss of self-care, the loss of the ability to speak up for themselves, the loss of their families and they begin to believe that they deserve the maltreatment or worse, they don’t feel they deserve any better.”

Johnson gave some stats on domestic violence, including that one in every four women will experience domestic violence in her lifetime, and every day in the United States, more than three women are murdered by their partners

“If you or someone you know might be in an abusive relationship, contact us and we can help you determine if you/they are, just by asking a few questions,” Johnson said. “Please don’t wait until it’s too late.”

Wolford shared that in Pickaway County Common Pleas, a plea deal had recently been reached with someone who pled guilty to abuse.

“There was a 10-year-old boy that was abused by someone that he trusted,” Wolford said. “In this particular case, this perpetrator had abused his own relatives more than 20 years ago and they saw him with this little boy and they came forward and spoke out. They had never told anyone, but started talking among themselves and spoke out. Because of that, he’s going to spend quite a long time in prison. The important point is don’t be afraid to stand up and speak out because it helps us put those people away.”

Baer spoke about law enforcement in Pickaway County and how they take the matters seriously.

“As we see these cases, we understand more and more what the victims go through and what the survivors have gone through,” he said.

“I look at what we have here with the team that’s together on this, how [Johnson] handles things for these victims to solve their problems and it makes me very proud of what we have. There is a lot of caring people, as you can see here in the crowd, that come together to deal with these problems. Being here today and having all this purple and people who are in the middle of abuse can see this and think they’re not alone and reach out; say something and ask for help.”

Hafey shared that when he worked the roads as a municipal officer, the people at Haven House would answer the call to help anytime day or night all year.

“Their staff is always there to answer the call,” he said.

Hafey said the only homicide he’s investigated was a 2-year-old child that was beaten by their mother.

“I can still remember everything that happened 14 years,” Hafey said. “If you see something, say something. Encourage victims to reach out for help. Haven House always has someone to reach out to for help, no matter what they need.”

Hafey, speaking to the victims, said there is a light at the end of the tunnel.

“There are people who care about you and are willing to help you get going in the right direction of survival and a prosperous life,” he said.

Johnson shared a hope for those who have dealt with abuse.

“To those family members, I wish you peace and sweet memories,” Johnson said to those who knew someone who died to an abuser.

“To those victims who are currently being abused, I pray for you the power and confidence you need to realize that there are opportunities to free you from abuse and make you a survivor, and for those of you who have lived under the power and control of a mate and have left, we celebrate your freedom and success.”