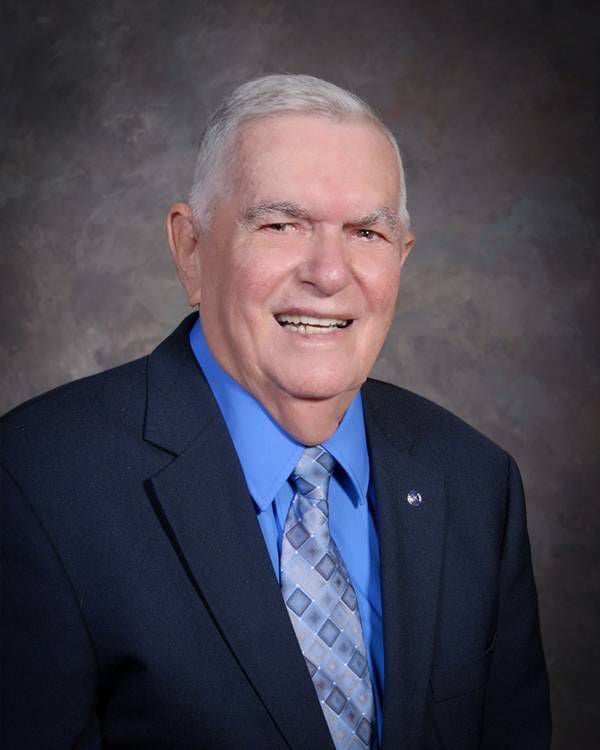 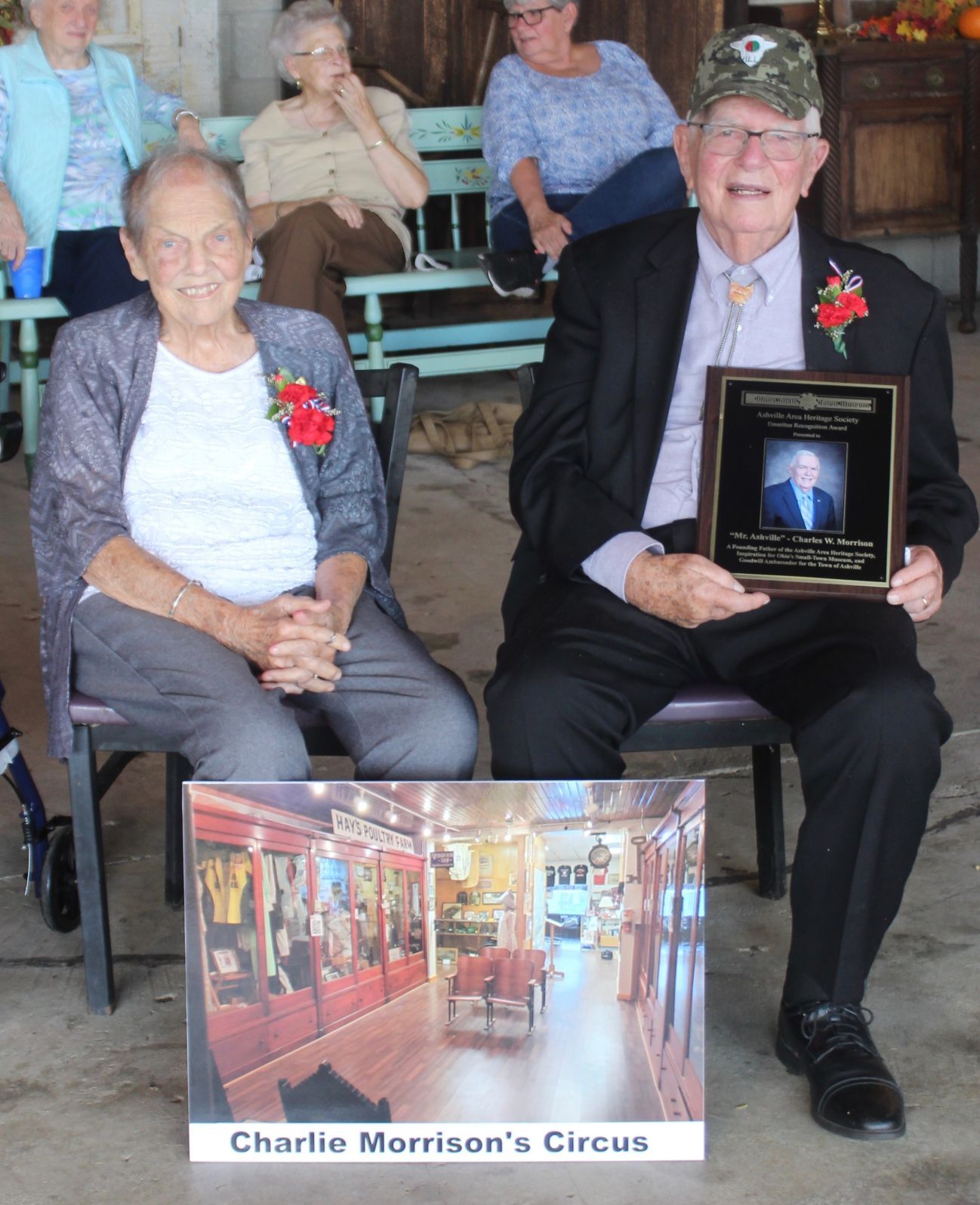 Charlie Morrison was honored as Mr. Ashville by the Ashville Area Heritage Society over the weekend. In addition, the Ohio Small Town Museum honored Morrison by naming one of the rooms of the museum the “Charlie Morrison’s Circus.” Morrison is pictured here with his wife, Mona, during Saturdays event.

Charlie Morrison was honored as Mr. Ashville by the Ashville Area Heritage Society over the weekend. In addition, the Ohio Small Town Museum honored Morrison by naming one of the rooms of the museum the “Charlie Morrison’s Circus.” Morrison is pictured here with his wife, Mona, during Saturdays event.

ASHVILLE — The Ashville Area Heritage Society honored long-time Ashville Resident Charlie Morrison Saturday for his work in the community, specifically as founder of the society and the Ohio Small Town Museum. He was presented with the Mr. Ashville award

The two-hour celebration was held at the Hedges Seed House Event Center in Ashville where about 100 people came to pay their respects to the man who they felt has done so much for the community.

Bob Hines, emcee for the event and one of the founding members of the Ashville Area Heritage Society, shared what he felt Morrison meant to the community.

“We have so much love for this man in this community,” Hines said. “He’s done so much, most of it unseen. What he’s done for the museum is take it from nothing but a pipe dream to a couple pictures in the corner of his store and he and I worked to grow it into something else and now it’s a nationally recognized museum recognized as the best small town museum around. It all started in his store.”

Morrison has previously been the mayor of Ashville and a council member among the many other things he’s contributed to the village, such as the founding of the Ashville Kiwanis.

“There are a lot of things he’s been pivotal and a catalyst in to help us move forward,” Hines said. “He’s been an inspiration to all of us. He’s not a rich person and he’s showed us it’s not how much money you have, it’s how much heart.”

“It’s got humor and things that engage children,” Hines said. “He’s the inspiration for it and I hope it continues long beyond all our lifetimes.”

The big presentation was on behalf of the Small Town Museum, which will name one of its display rooms as “Charlie Morrison’s Circus” in honor of Morrison and his well-known magic tricks he’s performed for the children of the community over the years.

“From your service as mayor and a member of the village council, to your work as founder of the Ashville Kiwanis and the nationally acclaimed Ohio’s Small Town Museum, I applaud your dedication to the people of Ashville and your efforts to preserve local history for the education and enjoyment of generations to come,” Portman wrote.

“Your commitment to service, leadership and the people of Pickaway County and the great state of Ohio is commendable.”

Several friends and community members each stood up and told stories about Morrison and how he’s positively impacted their lives.

Jim Welsh, treasurer of the Ohio Small Town Museum, shared his thoughts on his friendship with Morrison, recalling the days when he first met him after just starting working for the village.

“I started working downtown and they’d send me there to do some work on the building,” Welsh said of the location of the museum on Long Street.

“I fell in love with Charlie and I got involved in the museum because I’m a history buff and I love the museum. He told me I should get involved and a younger person should be an officer. I went on vacation and I told him to put me down for something and when I got back, he told me that they’d voted and I was the new president.”

Welsh said he loved how Morrison was with children and how through the museum, he’s scratched the itch to be a history teacher.

“He’s a great guy and [Morrison] is everything to me,” he said.

Welsh said Morrison has secured the history of Ashville for future generations.