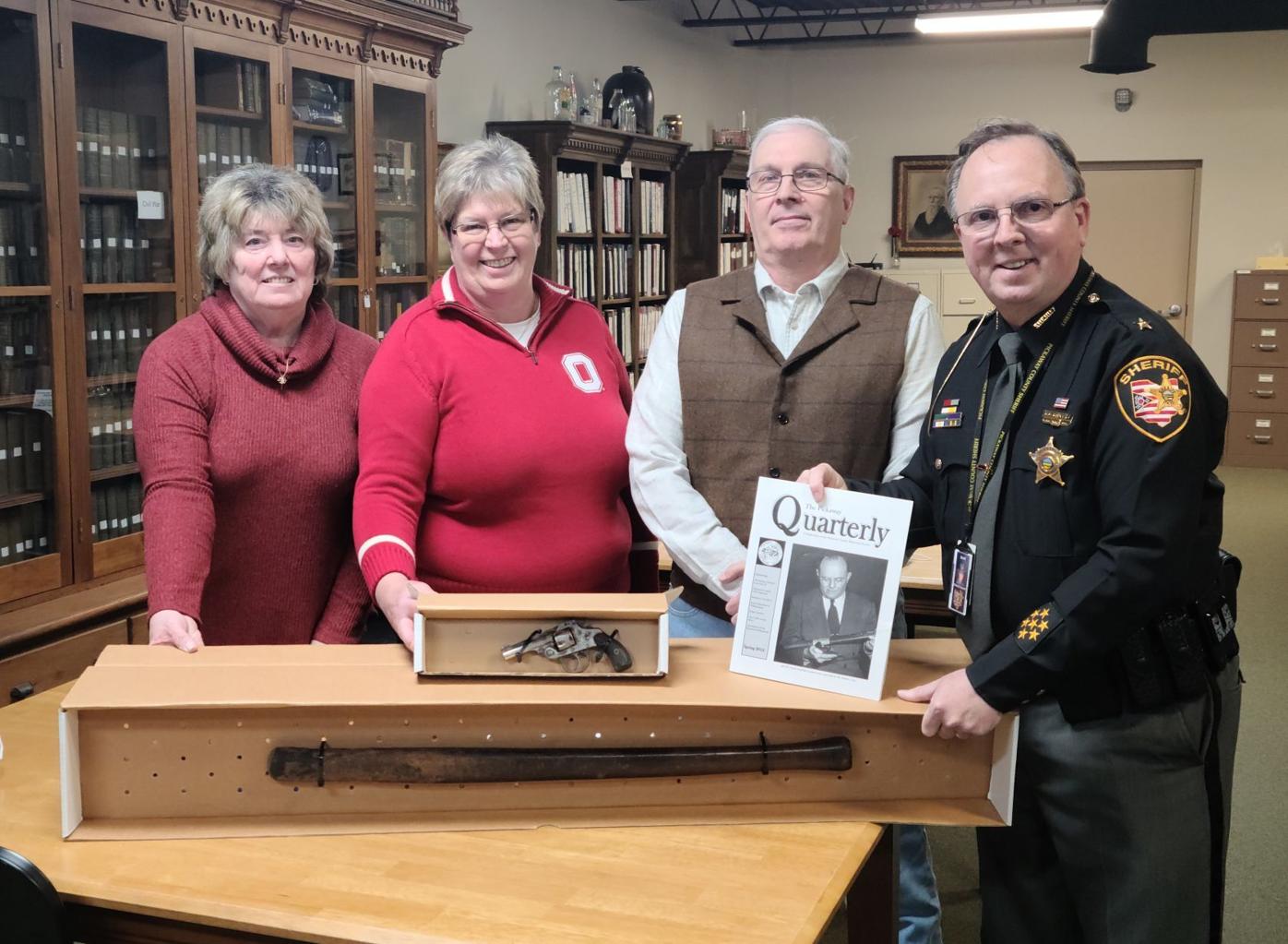 Darlene Weaver, genealogical library director, Pickaway County Prosecutor Judy Wolford, Rick Hartinger and Sheriff Robert Radcliff stand with the donations and one of the Pickaway County Quarterlies that features the history of the items and the murder of John Kidney. 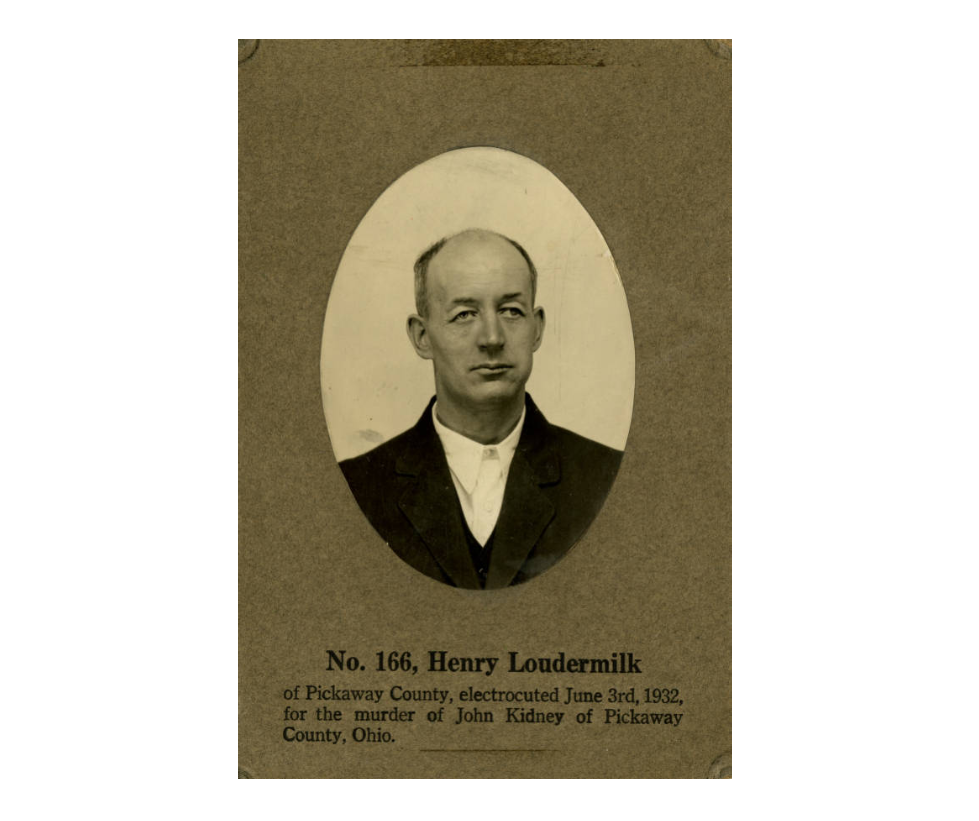 Darlene Weaver, genealogical library director, Pickaway County Prosecutor Judy Wolford, Rick Hartinger and Sheriff Robert Radcliff stand with the donations and one of the Pickaway County Quarterlies that features the history of the items and the murder of John Kidney.

CIRCLEVILLE — In his final days in office, Pickaway County Sheriff Robert Radcliff has donated a pair of weapons used in a 1931 murder to the Pickaway County Historical Society.

The 1931 murder of John Kidney, a local landowner, at the hands of several men garnered statewide attention as six men were charged in the conspiracy of his death and four of the six were executed as a result.

As the story goes, the four conspirators, looking to steal large amounts of cash believed to be in the home, snuck in at 2 a.m. and attacked Kidney and his sister Sarah Bell Kidney in the home. After a nearly two-week trial, four men were sentenced to death in the case. The murder weapons, an axe handle and a revolver, were preserved as evidence. They have been at the Pickaway County Sheriff’s Office ever since.

Radcliff, whose grandfather Charlie Radcliff was Sheriff at the time of the case, said he wanted to donate the weapons to the museum since they’re an important part of not only Pickaway County, but Ohio History.

Radcliff surprised Rick Hartinger, a local historian who has documented the history of the case and the Pickaway County Sheriff’s Office several times over the years, with the items and news Wednesday afternoon. Radcliff worked with Pickaway County Prosecutor Judy Wolford to get approval from Judge P. Randall Knece.

“These will be the property of the gemological society to be displayed along with the story,” he said. “I talked to the judge and he told me to get with Judy and I called her that day, told her the whole thing, which took a while, and when I was done, she said it was a great idea and we need to do it.”

Radcliff said knowing his days were limited, he wanted to make sure it was preserved.

“I didn’t want to see it sit in an evidence room and be stuck on a shelf that someday someone wouldn’t even know what it was,” he said. “Because it was a homicide, it wouldn’t have ever been destroyed. Understanding the true history behind it, however, wouldn’t be there.”

Hartinger said he was eternally grateful for the donation to the historical society and was surprised by the sheriff’s donation.

“It’s the biggest murder convicted in a capital murder case,” he said. “That many murder trials for one community is incredible. These will both be preserved for history. I’m glad we’ll be able to use these to tell the full story. This case epitomizes law enforcement in every phase. It was patience, dedication and a lot of luck.”

Hartinger researched and published part of articles in the Winter 2011 and Spring 2012 editions of Pickaway Quarterly.

“We get an opportunity to document the legacies of Charlie Radcliff alongside the other important historical figures that lived here,” he said. “It’s big and I’m very appreciative of it.”