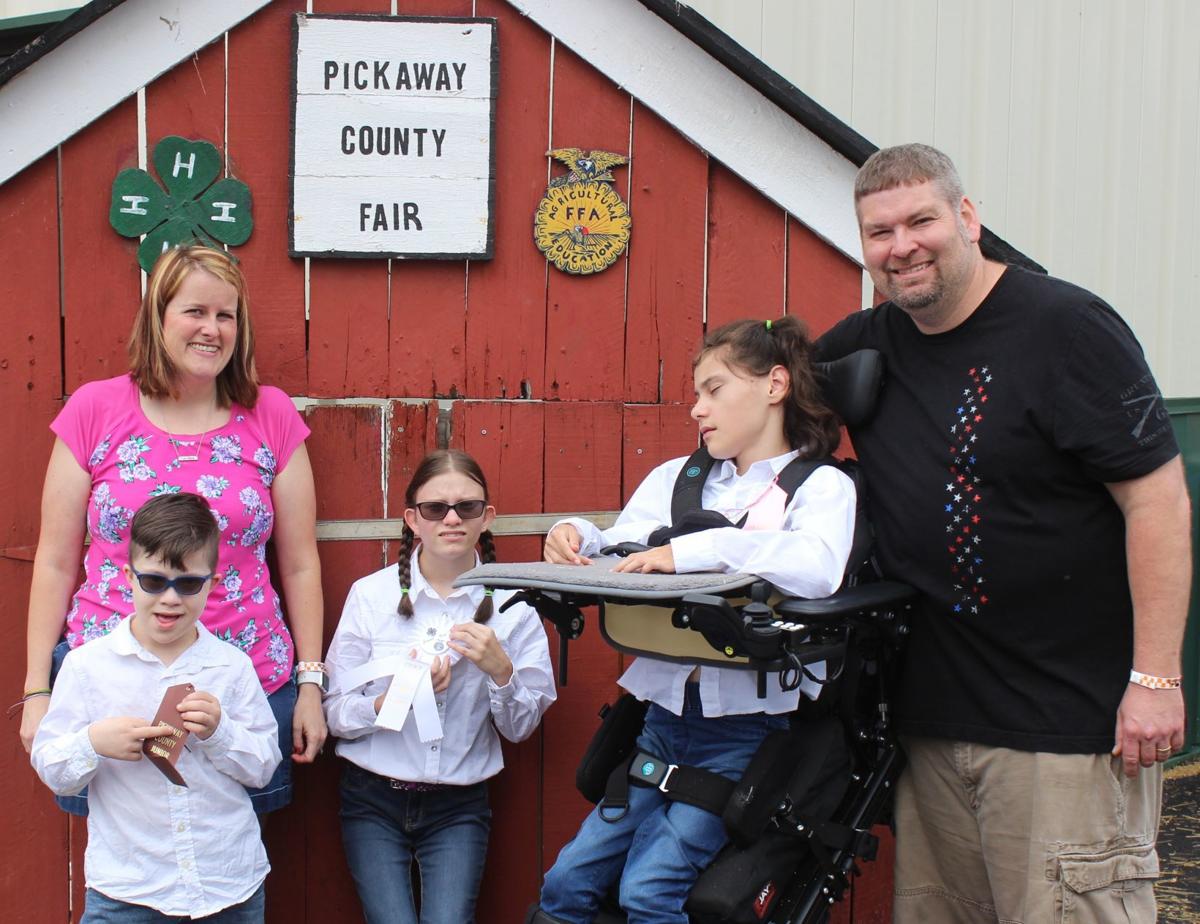 The Layne family at the fair following each of the kids showing their rabbits. Cara (back row) is with Eli, Hannah and Mia and Doug Layne. 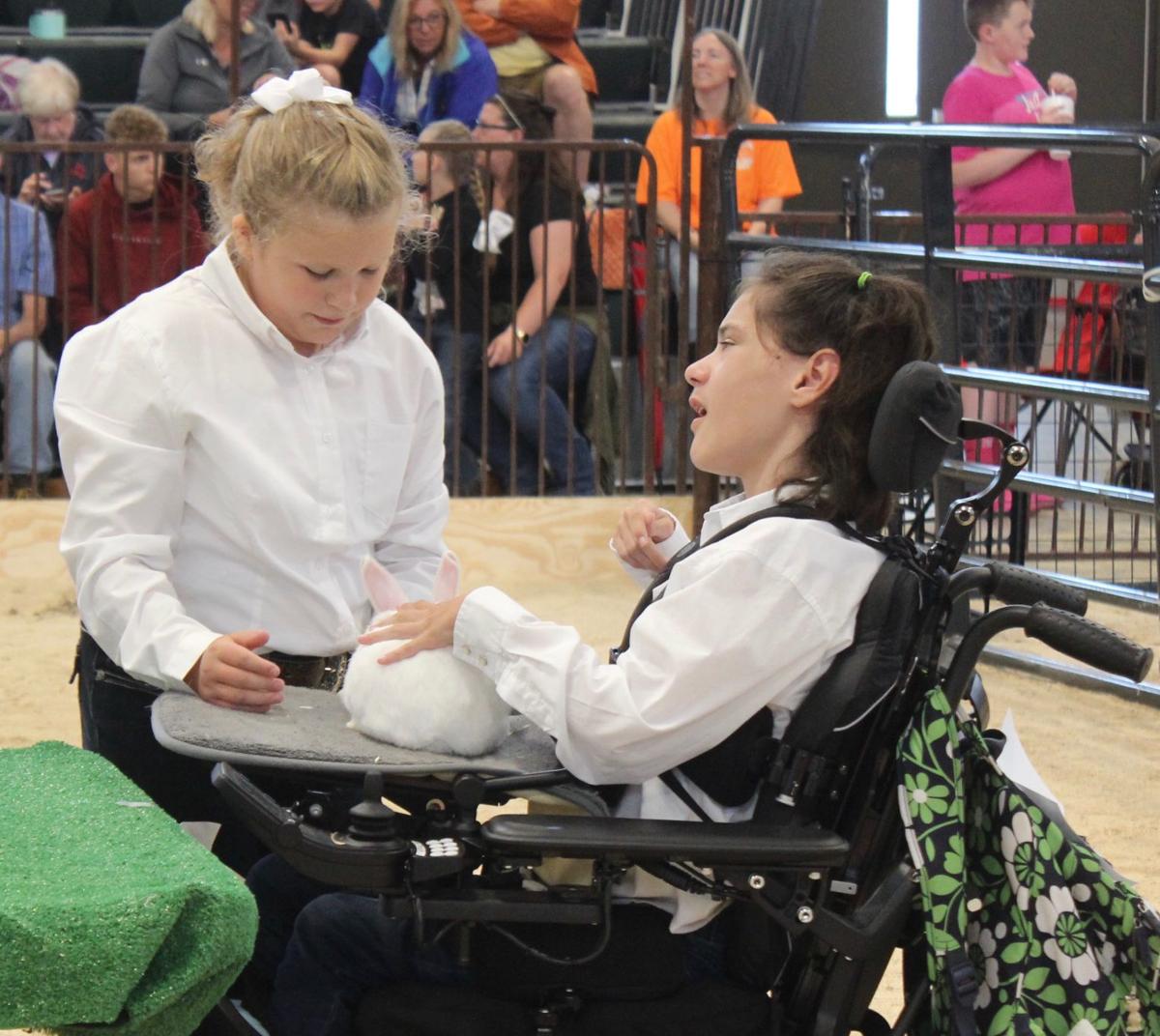 The Layne family at the fair following each of the kids showing their rabbits. Cara (back row) is with Eli, Hannah and Mia and Doug Layne.

CIRCLEVILLE — For one Pickaway County family, the new fairgrounds provides a much easier way to move around.

Thursday was a big day at the fair for the Layne family. Parents Doug and Cara have three children participating in this year’s Pickaway County Fair. Between those children, Hannah, 14, Mila, 13 and Eli, 9, each of the kids is showing rabbits and Hannah showed a goat on Tuesday.

Doug said it’s a busy week with all the kids and their animals.

“I’ve been working some of the week and my wife comes with them to help water the pets and clean out the cages,” he said. “We come out in the evening and do it again. Tuesday and Thursday have been our big days as well as the sale on Saturday.”

“Loading them all up and getting to the fair is an event all in itself,” she said.

While that might be a lot for one family, the Laynes, who reside near Ashville, have a few other things to overcome. Hannah and Mila have cerebral palsy and Eli has Down Syndrome.

“Hannah is independently mobile but needs assistance on uneven ground and has trouble with static balance, which is being able to stop and stand still,” Cara Layne said. “Mila is mobile with her power chair. She cannot independently walk or crawl. Eli is a slow learner but very capable in his own way.”

“It has been a tremendous change,” Cara said of the new fairgrounds. “All the paved surfaces have been wonderful. There aren’t puddles and obstacles. There’s no transition from one barn to another. We have family who show hogs. Last year, Mia couldn’t see them because she couldn’t get her wheelchair over the bump into the barn. Now it’s all zero entry and accessible. It’s awesome.”

“It’s 100 percent better, Mila is able to get through and Hannah is able to walk through much easier,” Doug said. “It’s really top notch. Hats off to the commissioners and the fair board for what they did. It’s helped our family for sure.”

Cara said one of the things said by the commissioners has stuck with her through the process.

“I heard one of them say they wanted to make sure they got it right,” she said. “I truly believe they did that. Anything we suggested as a [developmental disabilities] community, they were receptive to. I think as things continue to arise, they will be addressed because they want the Pickaway County to be a place where everyone is welcome.”

For the kids, they’ve had fun showing their animals and Hannah is even thinking about next year and potentially going rabbit free after winning champion goat

“I’m doing the goat again because she’s a year-round activity,” she said. “The rabbits aren’t that much fun. The goat is excited to see me but the rabbits are not at all excited; they’re just in their pen.”

Eli’s wish to take a pig to next year’s fair is far from a certainty.