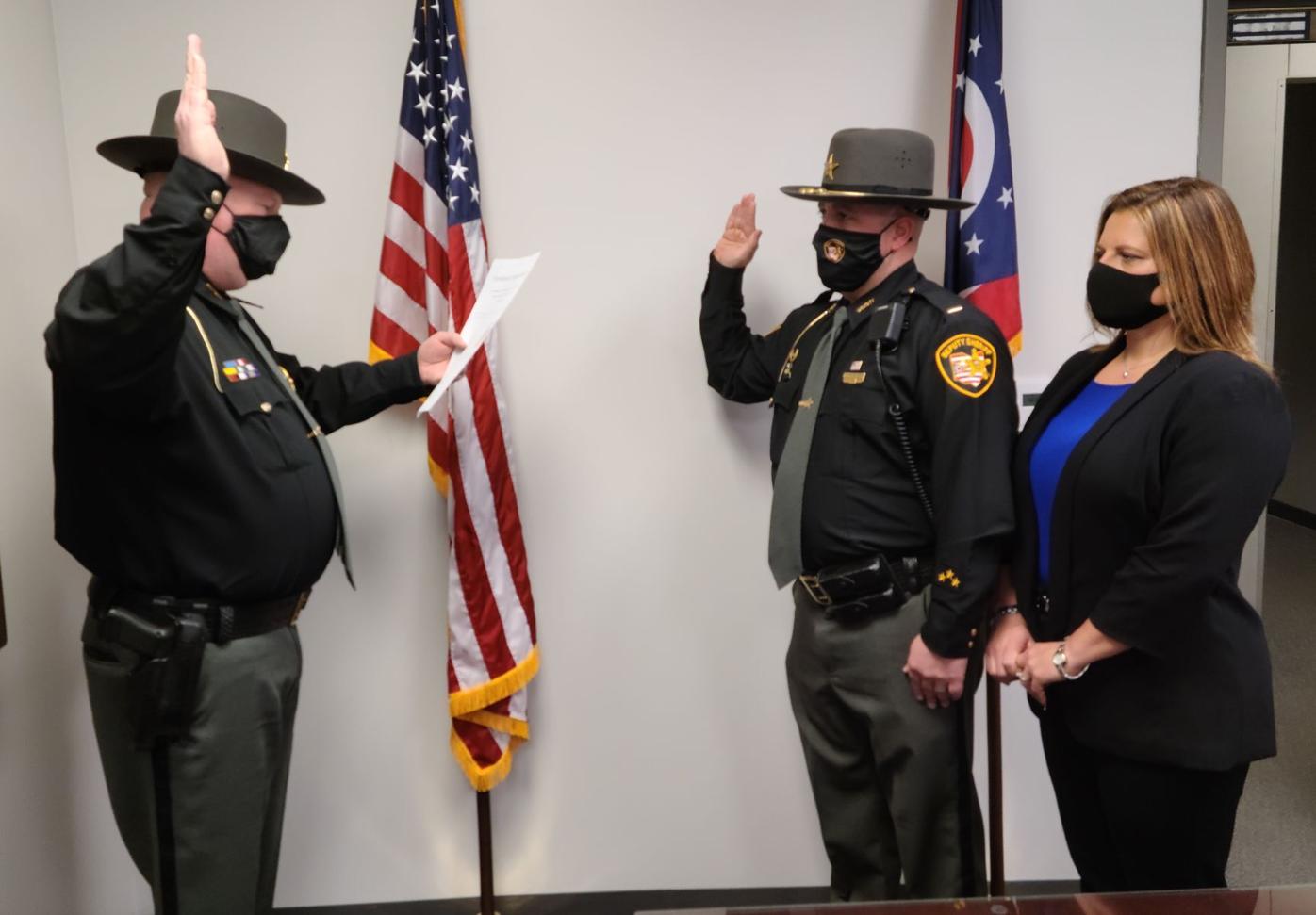 Sheriff Matthew Hafey (left) swears in John Strawser, standing with his wife Joanna, following his appointment as Lieutenant over the detective bureau. 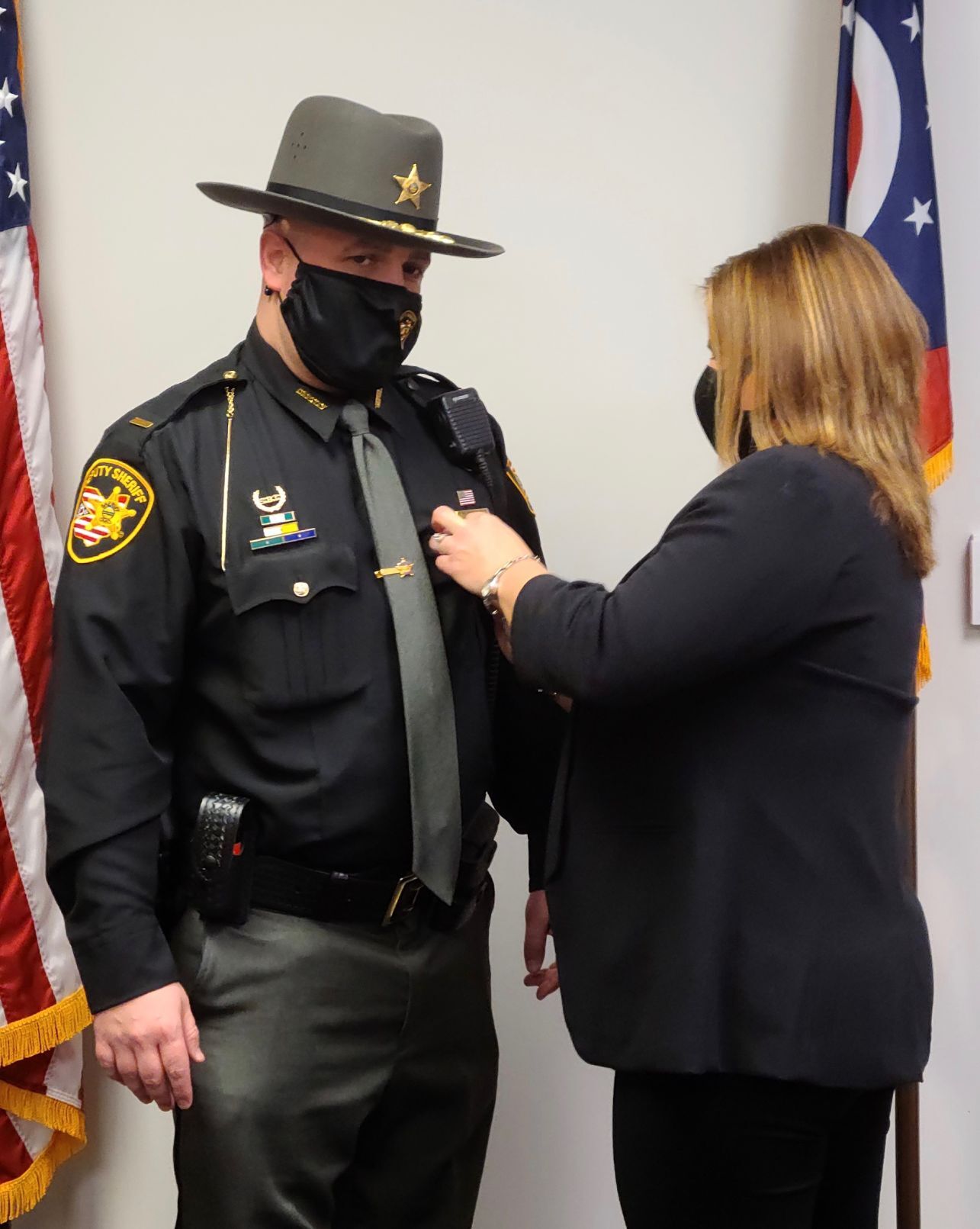 Lt. John Strawser has his badge pinned to his uniform by his wife, Joanna.

Sheriff Matthew Hafey (left) swears in John Strawser, standing with his wife Joanna, following his appointment as Lieutenant over the detective bureau.

Lt. John Strawser has his badge pinned to his uniform by his wife, Joanna.

John Strawser, a Circleville native and 17-year member of the Sheriff’s Office, will head up the investigations division. Lt. Strawser was appointed Monday morning, replacing the recently retired Dale Parrish who had more than 45 years of service at the Sheriff’s Office.

Hafey said he’d previously worked with Strawser and after consulting with other senior command staff, he was the clear choice.

“He’s got a ton of experience and I’ve worked with John when I was with the city and he’s always impressed me,” he said. “He works hard and he’s dedicated to the Sheriff’s Office and to Pickaway County. I felt it was only right talk with other command staff since I wasn’t here before and we were all in agreement that John was definitely the best choice for this. He’s already taken the ball and ran with it.”

Strawser started in the department working in the jail before being promoted to road patrol and eventually to the investigations division. Strawser will oversee the other detectives in the division, including all their ongoing cases.

“In high school, I job shadowed here, [Chaplain Doyne Wiggins], gave me a tour of the building and I job shadowed at BCI,” he said. “When I joined the division, I was 27 and you look around and your next step is to become the commander of the investigations division.”

Strawser said he liked investigations because “it’s a nonstop chase of the bad guys.”

“I’m lucky to be given this opportunity by Sheriff Hafey,” he said. “We’re going to do the best we can every single day.”

According to a description provided by the Sheriff’s Office, detectives in the department “are responsible to file a prosecutor report of crime, fully outlining all details of the crime and evidence. This is done for each case presented to the grand jury. All follow-up or additional investigations required by the prosecutor are completed by the lead detective managing the particular case. Case investigations often lead detectives out of Pickaway County into other counties, and upon occasion other states.”

Strawser is married to his wife Joanna and has four children.