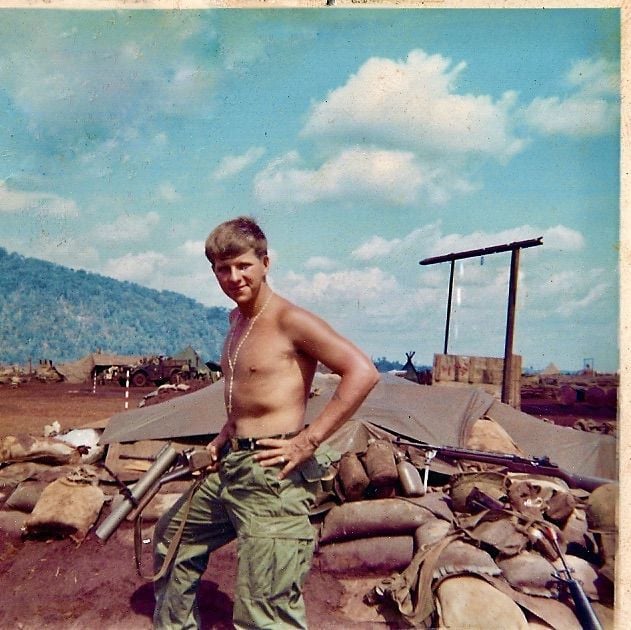 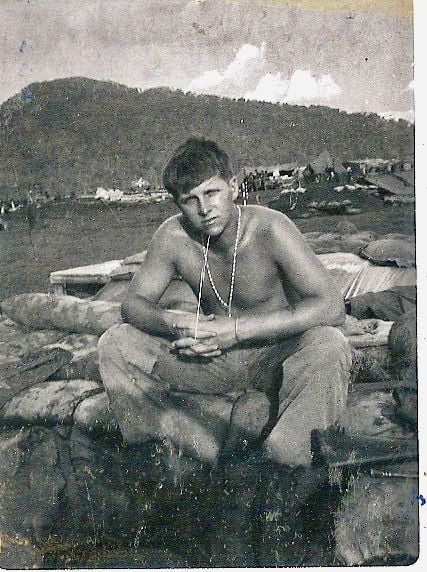 Leroy Fout pictured here in Vietnam during the Vietnam War

Leroy Fout pictured here in Vietnam during the Vietnam War

CIRCLEVILLE — Leroy Fout was the literal tip of the spear for his unit of the U.S. Army in Vietnam.

Fout served from 1968 to 1969 in Vietnam as an infantryman with the first Army Infantry Division.

“I cut point for nine months,” Fout said, meaning he was the first man in line at patrol. “I ran for division and for company. It was pretty wild; life expectancy for a point man is not too good. We saw firefights all the time.”

Fout tried to join the Army of his own volition but was rejected, he was then drafted but rejected again. It took a waiver for him to finally be allowed to join.

“I didn’t want to be infantry but that’s what they needed back then,” he said. “Most of my friends went to college and I didn’t have the money to go so I thought I could serve my country and do something good.”

“One of my friends from London had just gotten killed and we went to that same area to replace him,” Fout said.

Fout earned the Bronze start for heroism in combat. According to the award letter Fout and his unit were leading forces through an area near Loc Ninh when North Vietnamese entrenched in bunkers fired on them. His platoon then flanked the enemy and despite being exposed to fire, threw several grenades at the bunker but the fire continued. Then, moving out into the open, Fout fired a rocket into the bunker killing the occupants.

“Fout’s outstanding display of aggressiveness, devotion to duty, and personal bravery is in keeping with the finest traditions of the military service and reflects great credit upon himself,” his commendation states.

Fout however, said he just did what he had to do to survive.

“t was a year of pure Hell, being infantry and in the field,” he said. I knew I wasn’t coming home, so you do some crazy things to just survive. Your not looking for medals, or awards, it’s whatever you have to do to serve. Sometimes you do something that someone saw and they give you a write up but you almost get killed. It’s an in the moment thing or you die.”

After his time in Country, Fout spent about six months teaching classes on combat tactics at Fort Lewis near Tacoma Washington. That fort has since been renamed the Joint Base Lewis — McChord after combining with an Air Force base.

“I did seven classes a day teaching to guys that were all going to Vietnam,” he said. “After I left Fort Lewis, I came home.”

Coming home was tough for Fout, he was admittedly not well and lost.

“I was pretty messed up at that time mentally and I didn’t know what I wanted to do,” he said. “I had a wife and child. I’d had probably six or seven jobs in a few months.”

It was then that he was hired by a Navy Veteran and plumber Kenny Wilson, that things turned around.

“You got to work it out and there was nobody around to talk about what happened,” Fout said. “At the time being a Vietnam veteran was a dirty name. The veteran organizations didn’t want anything to do with you, the VA didn’t want anything to do with you and you didn’t fit in. There was nobody to talk to and that’s why so many Vietnam veterans kill themselves.”

“I settled in and started working for [Wilson] and he understood better,” Fout said. “I worked for him for six years and then I started my own company as Leroy’s Heating and Cooling, it’s been about 46, 47 years now and I’m still doing it, still working.”

Fout said he learned a lot about life from his time in the service, both good and bad. Some of it he’s had to unlearn.

“Before I went in I was a little wild,” he said. “You’re just out of High School and there’s a lot of partying going on. The Army made me who I am today. It teaches you respect, how to work with people and a lot of good things. There are a lot of bad things too, especially in the infantry.”

When it comes to new veterans or soon to be veterans still in the service, Fout has one piece of advice.

“Keep track of your records and as soon as you get out visit your local veteran’s service board, like here in Pickaway County to get signed up and get the help you deserve,” he said. “Especially those in the infantry, you’re going to want the help including the mental health help.”