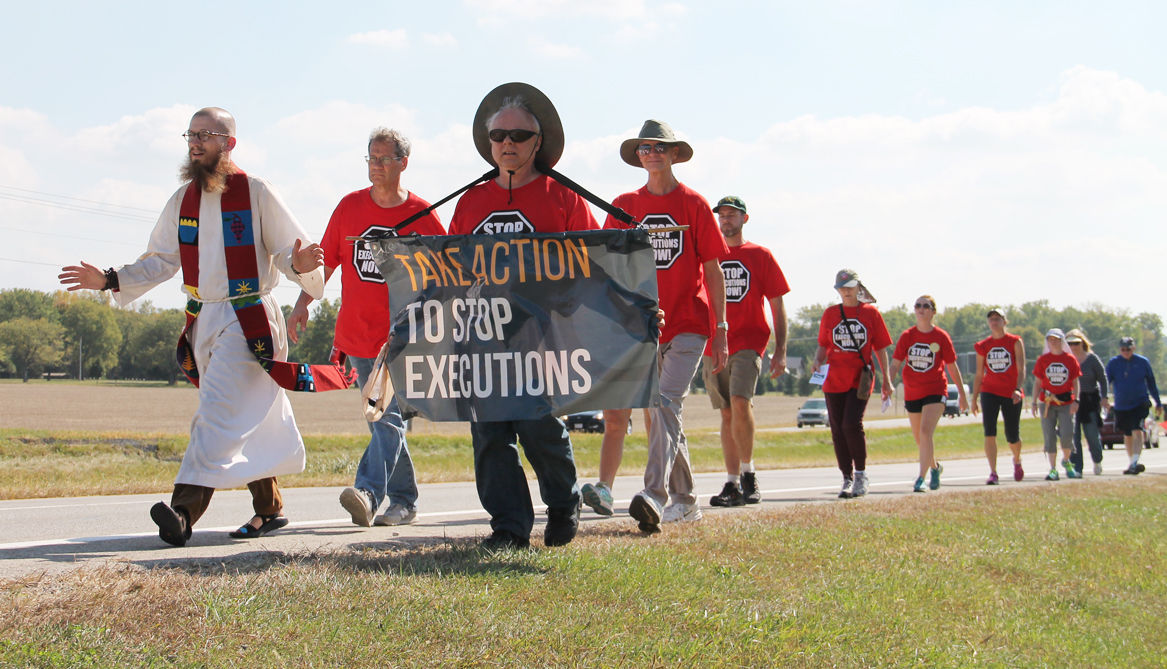 On Wednesday, the Walk to Stop Executions made its way into Pickaway County. The walk started at the Lucasville prison and will end at the Ohio Statehouse on Saturday. 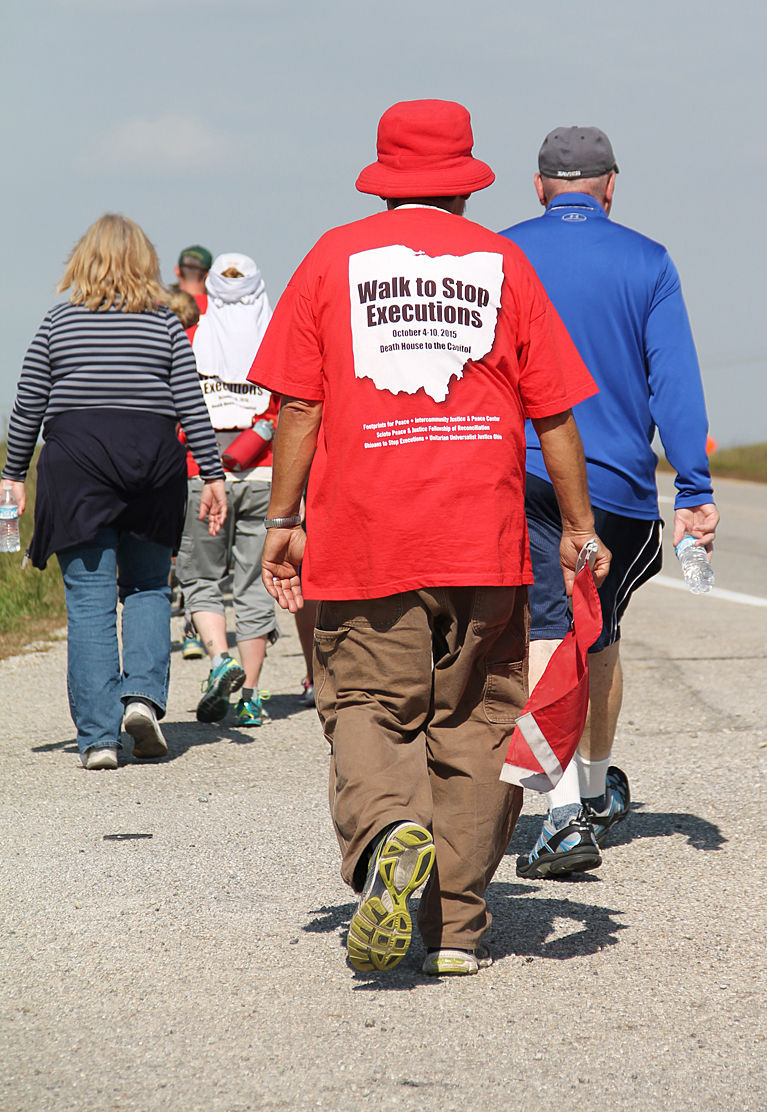 On Wednesday, the Walk to Stop Executions made its way into Pickaway County. The walk started at the Lucasville prison and will end at the Ohio Statehouse on Saturday.

A group of individuals have trekked over 50 miles in the last four days as part of the Walk to Stop Executions.

On Wednesday, the group made their way into Pickaway County. The walk started at the Lucasville Prison, where death row inmates are executed, and will end at the Ohio Statehouse on Saturday.

The walk promotes bringing an end to capital punishment as proposed in two bills pending the House and Senate.

The total journey will last seven days and cover 83 miles. The final stop at the Ohio Statehouse coincides with World Day Against the Death Penalty.

About 16 participants hailing from Ohio, New York, Vermont and Texas made their way through Pickaway County.

Lorry Swain said the group has has passed out pamphlets along the way and has had a lot of positive interaction, even with people who support the death penalty.

Derrick Wayne Jamison was also helping with the effort. Jamison, from Cincinnati, was the 119th death row exoneree.

“This is my mission to abolish the death penalty in the Unites States,” he said.

Jamison said he knew many of the 53 people executed in Ohio since 1999 and that led him to his mission to abolish the death penalty. He wants to see the death penalty end all over the world but it has to start one step at a time.

A program was also held at St. Jospeph Catholic Church in Circleville on Wednesday evening where Sam Reese Sheppard, son of the wrongfully convicted but later exonerated Dr. Sam Sheppard, spoke about his experiences after the murder of his mother and his father's time on death row.