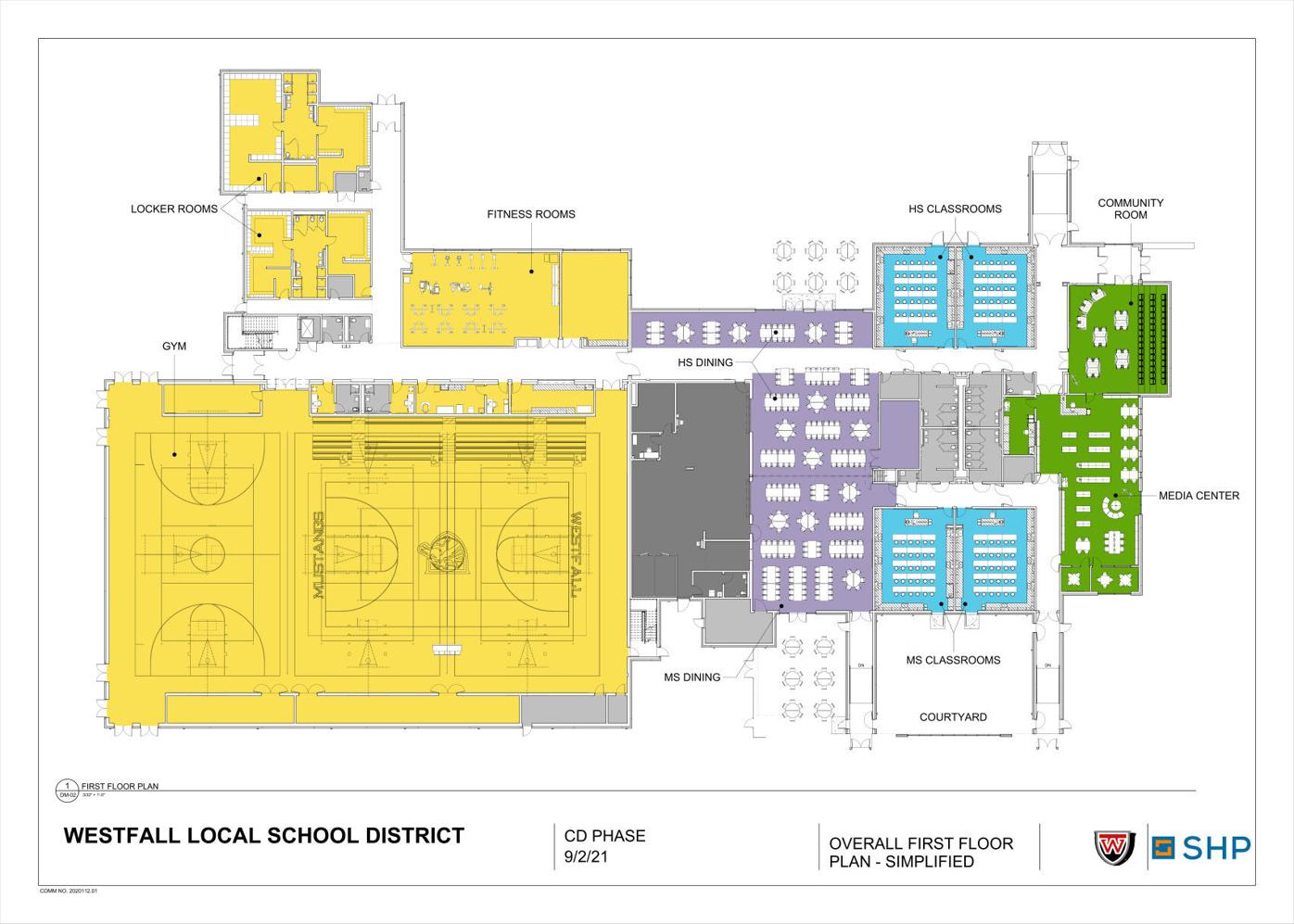 The current design of the building that will be constructed between Westfall Middle School and Westfall High School along Pherson Pike. 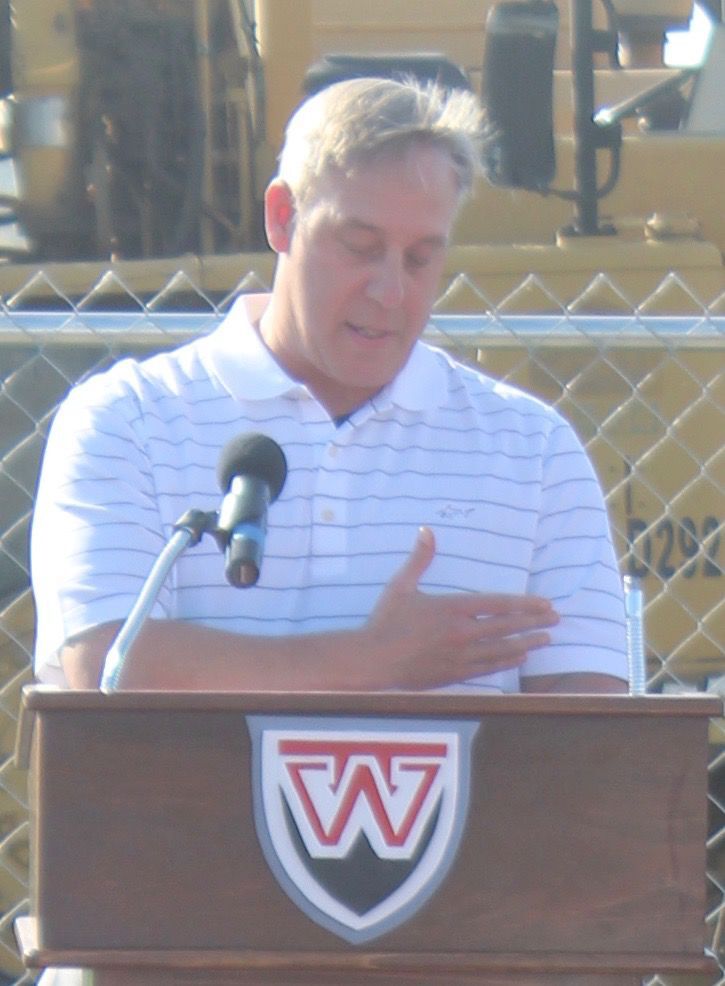 Sean Ruth, Westfall Board of Education President, spoke about what the new facility would mean for the district and shared how Superintendent Jeff Sheets’ leadership was the key. 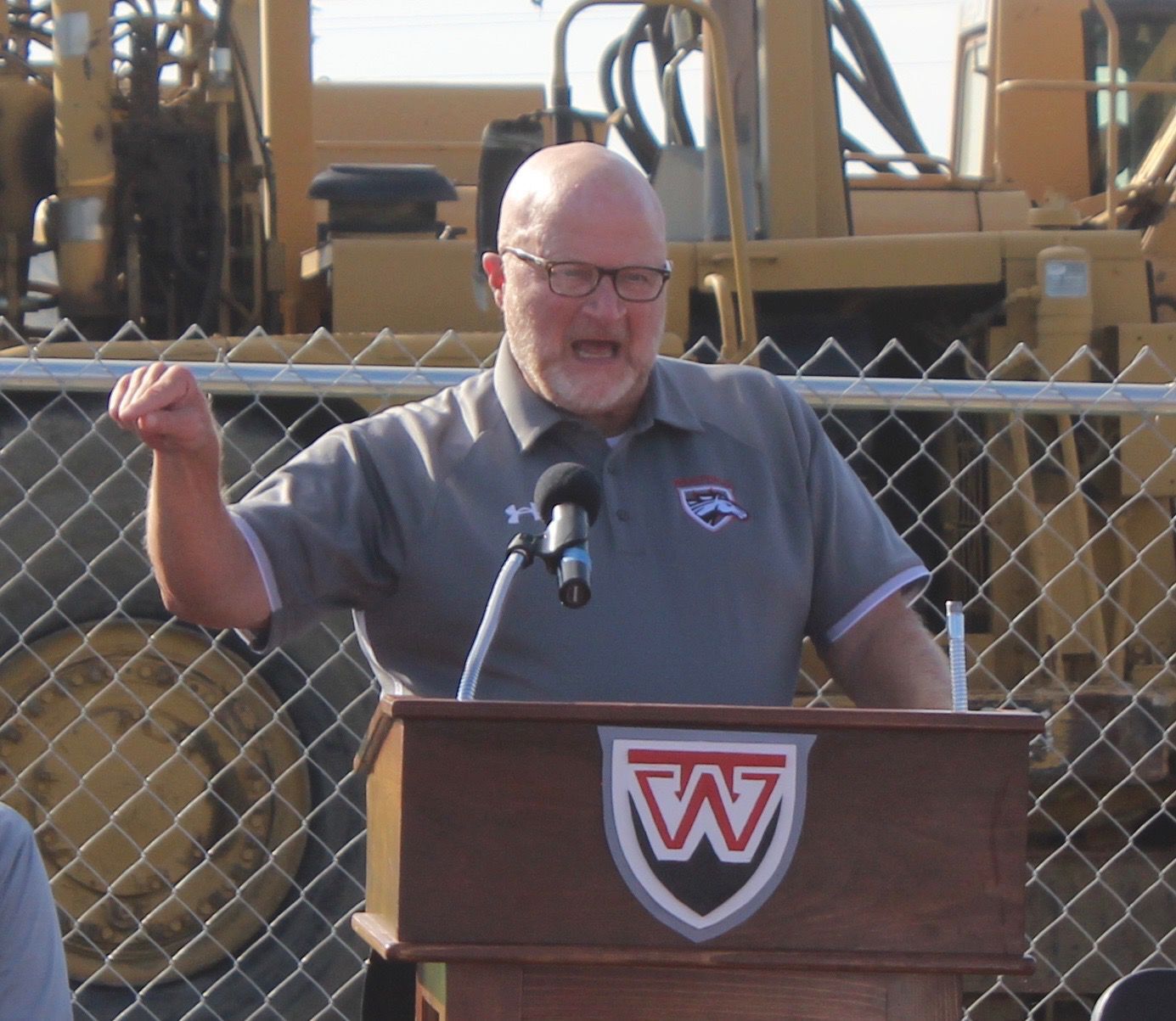 Jeff Sheets, Westfall Superintendent, spoke during the groundbreaking ceremony for the new facility at the district. 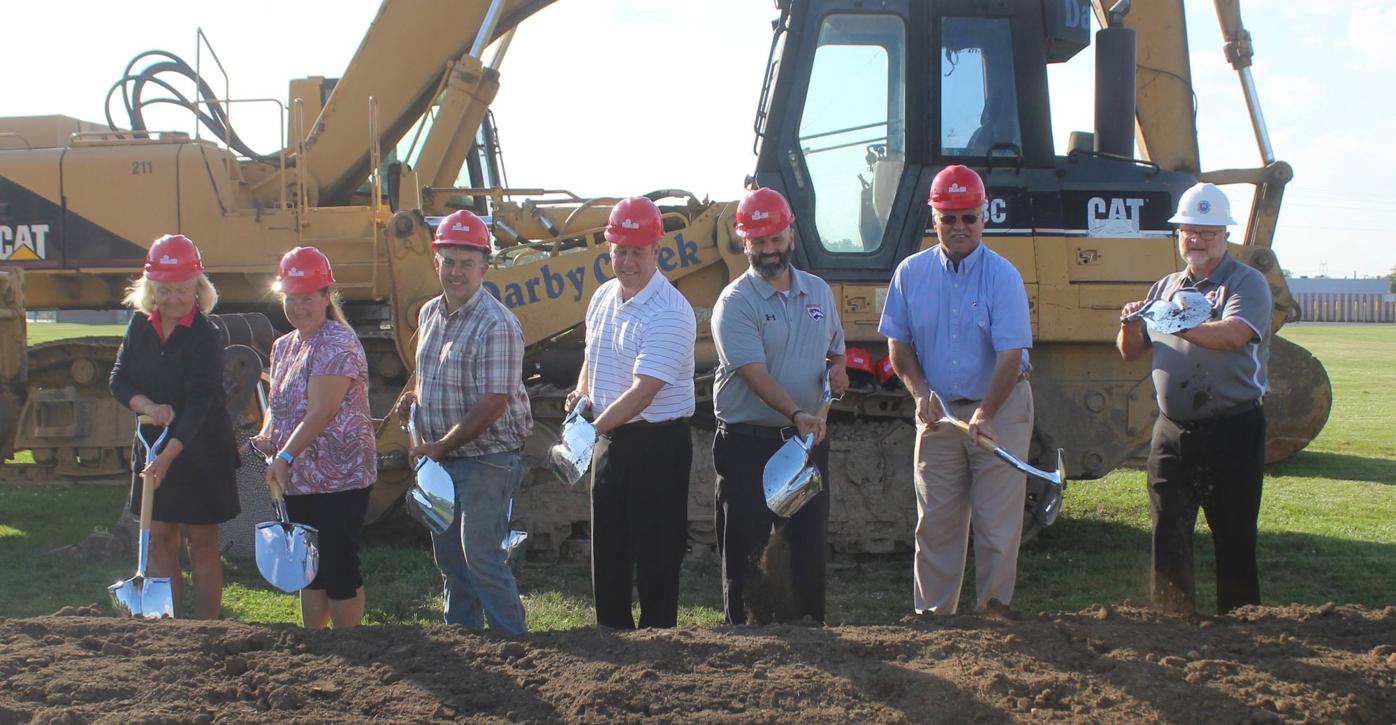 Past and present Westfall Board of Education members, along with Jeff Sheets, superintendent, turn over some dirt at the groundbreaking for a new building on the school campus.

The current design of the building that will be constructed between Westfall Middle School and Westfall High School along Pherson Pike.

Sean Ruth, Westfall Board of Education President, spoke about what the new facility would mean for the district and shared how Superintendent Jeff Sheets’ leadership was the key.

Jeff Sheets, Westfall Superintendent, spoke during the groundbreaking ceremony for the new facility at the district.

Past and present Westfall Board of Education members, along with Jeff Sheets, superintendent, turn over some dirt at the groundbreaking for a new building on the school campus.

WILLIAMSPORT — It’s the start of something new at Westfall Local School District as ground has officially been broken on their new building as part of a district renovation project.

District leadership and community partners came together to celebrate the event last week following the approval from voters on the levy in November.

The plan put together by the district calling for renovations to the high school and middle school, including secure entryways, upgrading learning environments with additional electrical capabilities and technology, energy-efficient lighting and windows, as well as providing air conditioning for the two buildings. The high school was built in 1963 and the middle school was built in 1976.

Jeff Sheets, superintendent, called the groundbreaking a “huge moment” for the Westfall community.

“A couple years ago, we decided we wanted to take on this opportunity and everything fell together,” he said.

Sheets shared that when they decided to have a meeting to begin the process, he received some recommendations on levy committee members.

“It was the first time I’ve ever dealt with a committee that was making plans as they got out of their cars in the parking lot,” he said. “They are go-getters and they made everything happen. I just sat back and watched them in awe. That group of people will always be special to me.”

Sheets spoke about the Westfall community, thanking them for approval.

Sheets said some members of the 1966 class recently came through for a tour of the high school and he reflected on their experience.

“I think the best reflection on what this renovation will mean is to look back on history and look at the high school and the first graduating class was from 1965,” he said.

“From then until today, think of all the great memories, the games won and lost, the performances, the girlfriend and boyfriend that were glad they met, or sorry they ever met and all the other accomplishments that building represents. Fifty years from now, people will be here looking at this addition and sharing stories of at a specific spot this memory happened here.

I had the pleasure of showing with Mr. Dennis the Class of 1966 around about three weeks ago and to listen to their excitement as they walked through the halls, their memories of each other, their teachers and principal, the memories that spilled out as they walked around is a great testament to what is going to happen here.”

Aaron Buirley, project manager at SHP Leading Design — the company that drafted the plans for the new building, said he were glad to be a part of those memories.

Sean Ruth, president of the Westfall Local School District Board of Education, called it a beautiful day to celebrate the facility and the district.

“You know, these discussions have been going on for a long time, to add on to the district that makes things special for a lot of families,” Ruth said directly to past and present board members at the ceremony.

“It’s awesome to see it coming to fruition. There are some shovels and equipment here already, but I know the community is going to be excited when the physical construction starts to move forward.”

Ruth spoke about the district’s taxpayers, even when not everyone agrees.

“The percentage of acceptance by ‘Yes’ vote was powerful,” he said. “Communities are built on churches and schools. One of the things we continue to focus on the children.”

Ruth said they gave the administration three objectives moving forward, safety and security of students and staff, facilities to take care of what they have and improve and education the whole child, both mental and physical.

“I’m confident and the board believes that this project supports all three of those goals,” Ruth said.

Ruth also said he believed that Sheets was and is a difference maker for the district.

“The discussion has happened for a very long time and what this district was missing was the individual to carry this big burden,” he said.

“I know he doesn’t like it when we people brag on him too much, but we know he’s been the difference on getting the project up and running, getting the right people involved and having dialogue with the people who needed to support what’s taking place.”

The project is already underway with site work and the steel for the new structure should arrive later this year with work beginning this winter and continuing through next year. The project is scheduled to be completed in winter 2022.