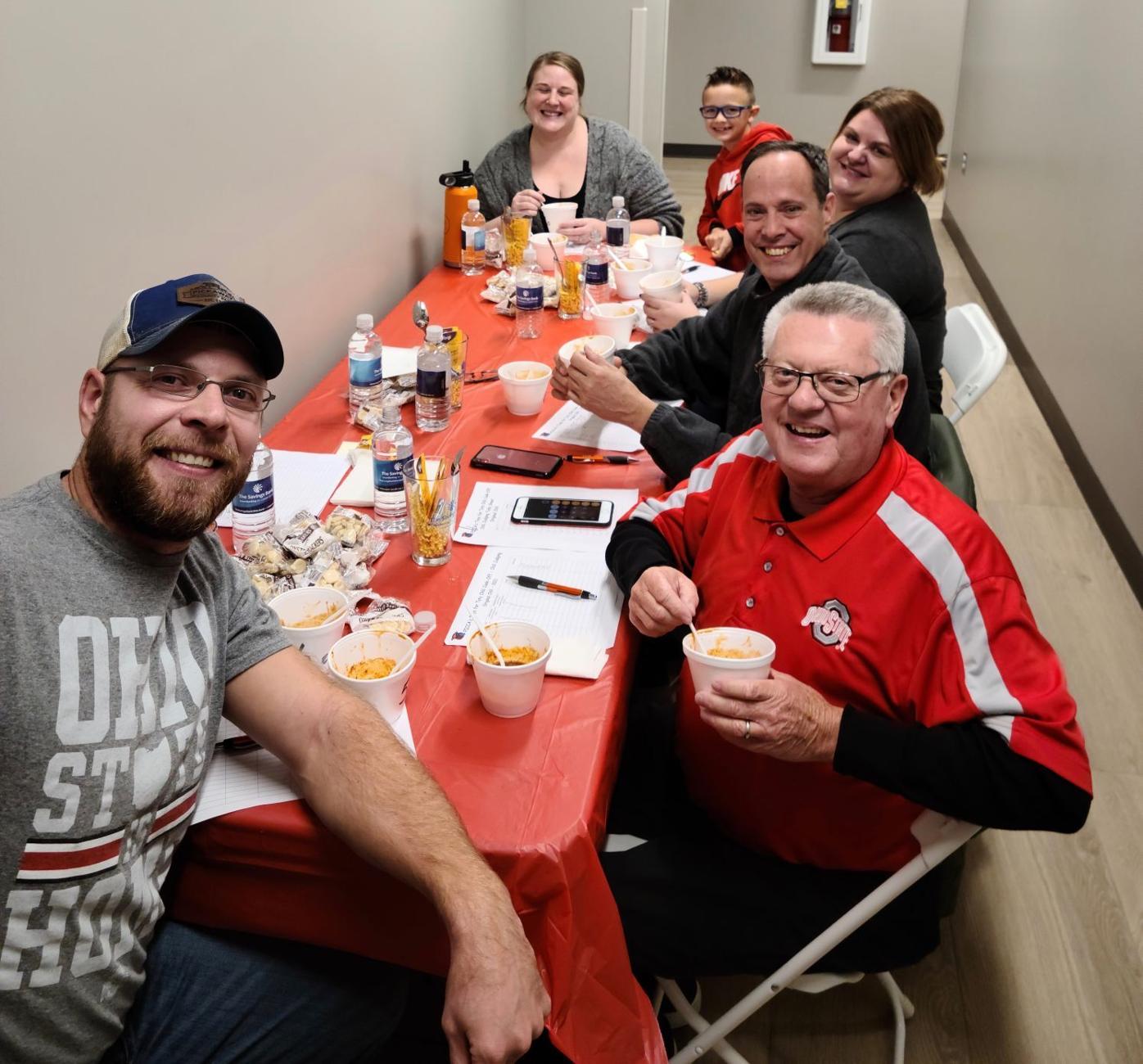 The 2021 chili cook-off judges chose from all the different vendors to select Golden Ratio as the best original chili and Kingston National Bank for best speciality chili. 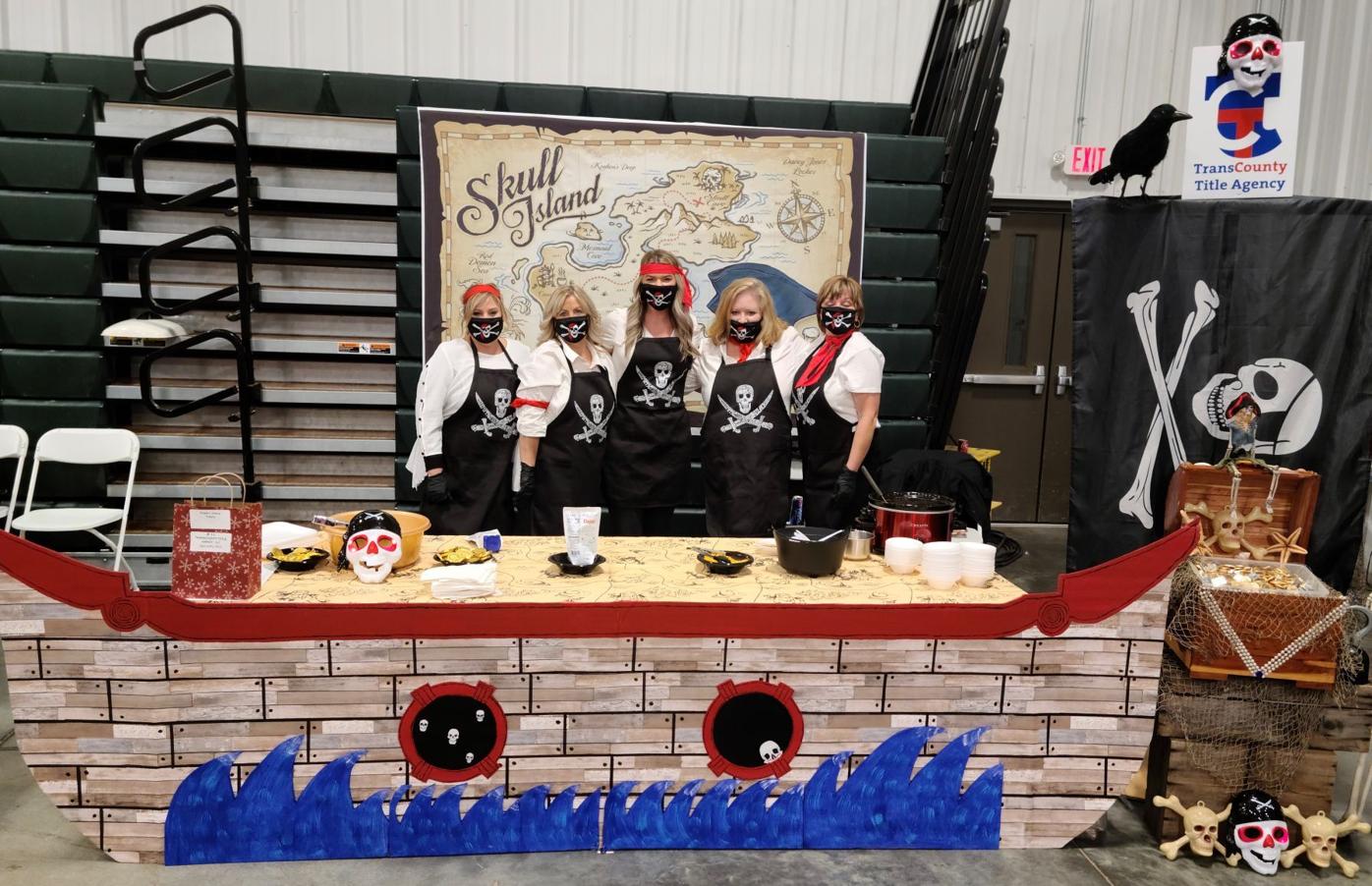 The 2021 chili cook-off judges chose from all the different vendors to select Golden Ratio as the best original chili and Kingston National Bank for best speciality chili.

CIRCLEVILLE — Organizers of the annual chili cook-off are pleased with the results and have announced the winners of the four categories for the Toys for Tots fundraiser.

Becky Hammond, executive director for Pickaway County Community Action (PICCA), said attendance and silent auction items were down, but overall, they were pleased with the outcome.

“I knew attendance would be down because people are still leery about going on,” she said. “I was pleasantly surprised with the turnout. I think people are just trying to get out and do normal things. Everyone seemed happy to be there.”

Hammond thanked the judges and spoke about the live music, Marty Hayes and Experience Music.

“Marty’s students never cease to amaze me, the talent in those kids,” she said.

In the Judges’ Choice for Original Chili category, Golden Ratio took home the top prize, followed by the Pickaway County Republican Women and third-place winner, The Table by Hertiage Nazarene.

Kingston National Bank won the top prize for the Judge’s Specialty Chili category, followed by A New Leaf in second place and TransCounty Title in third.

The winner for Best Table Theme was TransCounty Title, followed by the Table by Heritage Nazerene and Saltcreek Livestock 4-H Club.

Toys for Tots, an annual program run by PICCA, aims to help provide toys to children of families in need during the holiday season. This year’s program runs mostly the same as it did in 2020, adults will be able to search a series of pre-packaged bundles for their children, ages 1 to 14 years old, but this year, the setup is a little bit different with new hours and less stringent income requirements.

Now, families who make up to 175 percent of the federal poverty guideline are eligible, which follows the same guidelines as the Home Energy Assistance Program. Income eligibility for the program is for a single person, someone making $22,540 or less, or for a family of four, $46,375.

“We did increase the income guidelines this year to bring in more families and serve more families,” Hammond said. “It went from 125 percent of the federal poverty line to 175 percent, which is in line with our other programs.”

To participate in the program, parents or guardians need to stop in the office located at 469 East Ohio Street in Circleville between 9 a.m. to 4 p.m., Wednesday through Friday, starting now to the final day on Wednesday, Dec. 22.

They’ll need documentation of the ages of the child or children and proof of income for the last 30 days.

Hammond said they’ve needed to shop for toddler’s more this year than in years past and teen items are always a top need.

“We didn’t get as many toy donations at the chili cook-off and I think money wise, it’s about the same as to what we were in 2019,” Hammond said. “We have had to shop for toddler and teen items, but usually, we don’t have to shop for toddler, but we have to go for twice.”

As of early last week, the program has served 350 children.

“There are a lot of new children we’re serving,” Hammond said.

Drop-off boxes are located throughout Pickaway County, including in many government offices, all of the county’s fire stations and at TransCounty Title in Downtown Circleville.

Hammond said they’ve planned the next chili cook-off, which is scheduled for Friday, Nov. 11, 2022.