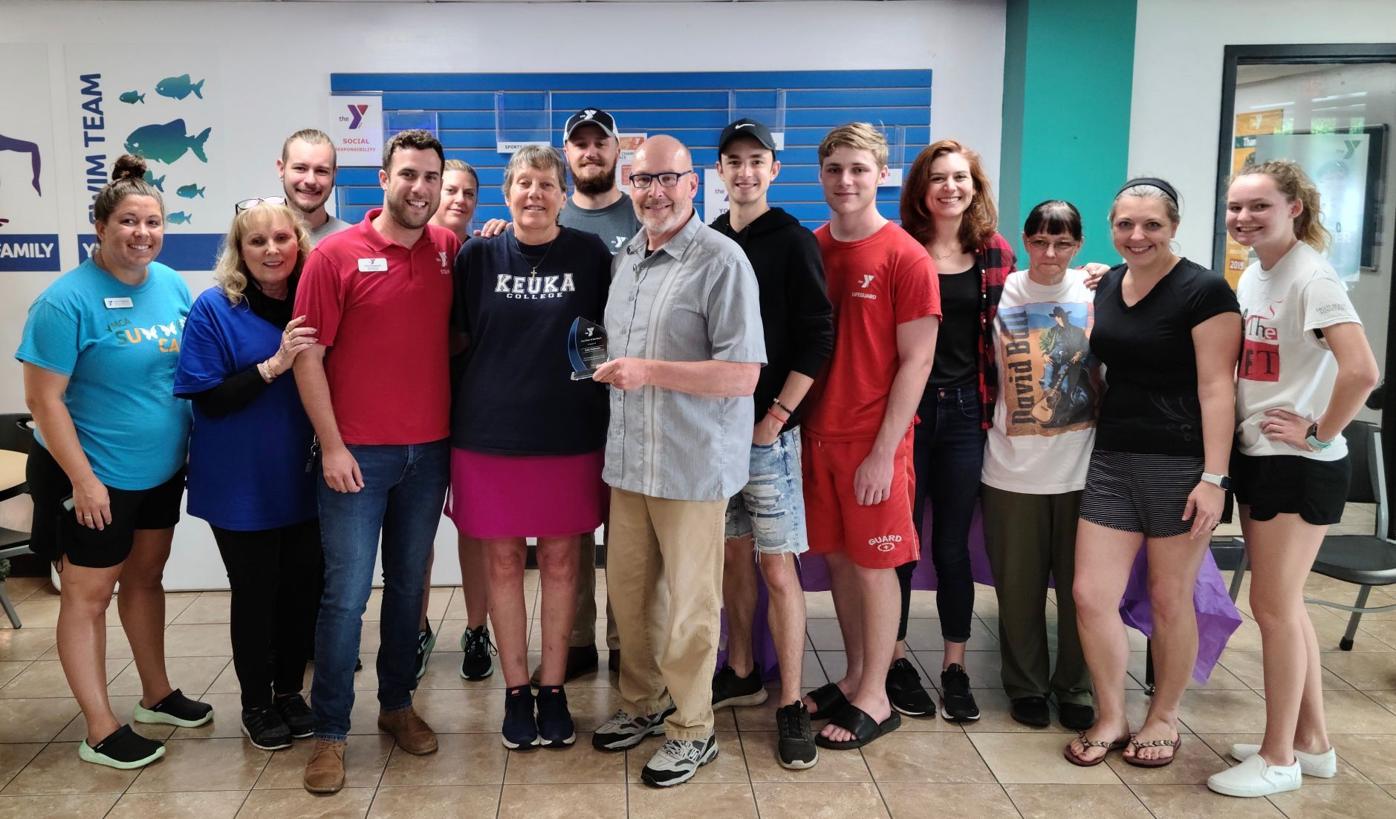 Sally Stahlecker, in the pink shorts, receives a plaque from Executive Director Jeff Phillips, honoring her for 24 years at the Pickaway County Family YMCA. 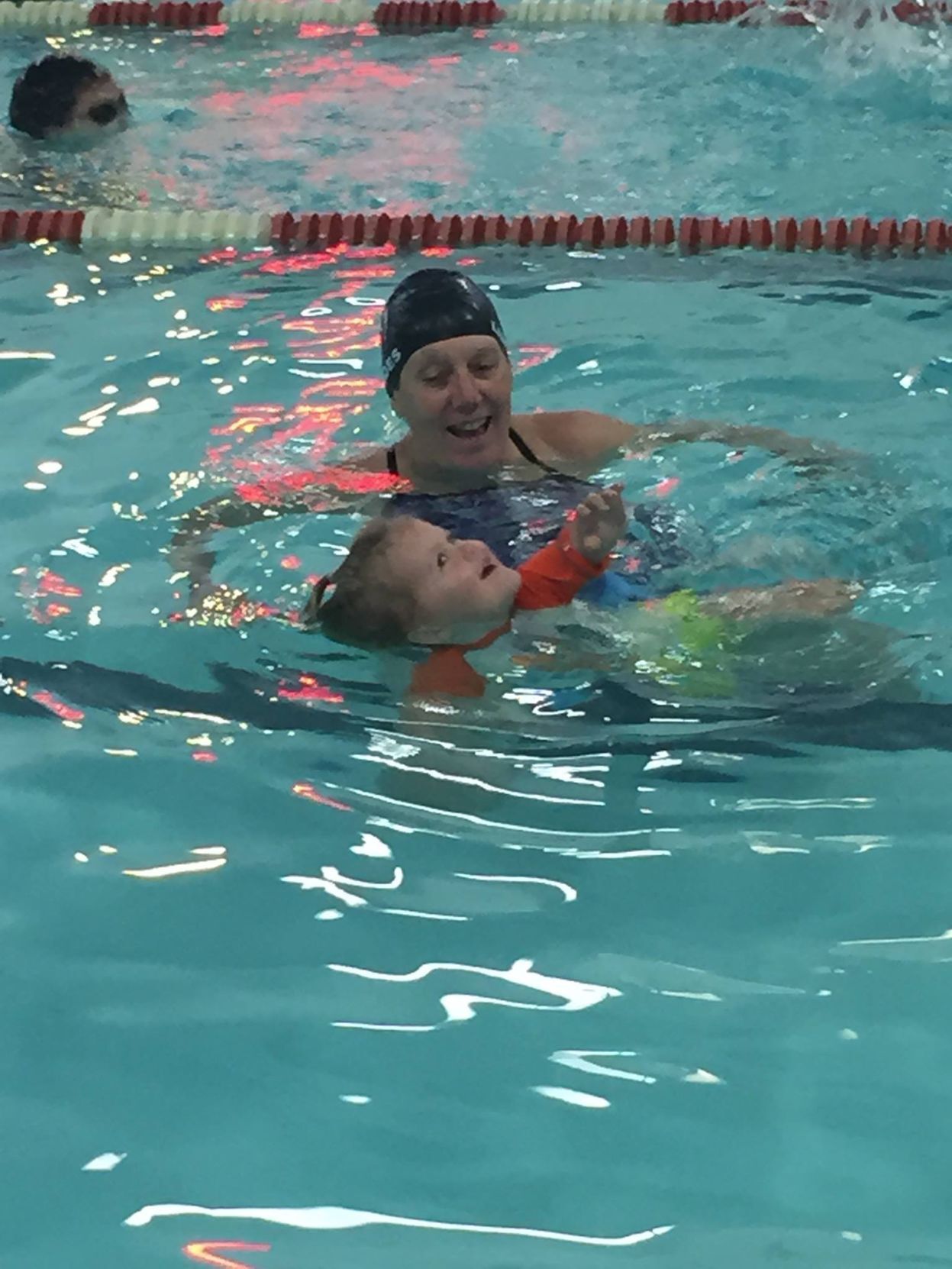 Sally Stahlecker teaches a student to swim at the YMCA pool.

Sally Stahlecker, in the pink shorts, receives a plaque from Executive Director Jeff Phillips, honoring her for 24 years at the Pickaway County Family YMCA.

Sally Stahlecker teaches a student to swim at the YMCA pool.

CIRCLEVILLE — For the last 24 years, Sally Stahlecker has taught people how to swim in Pickaway County, but after Monday, that will no longer be the case.

Stahlecker is leaving the Pickaway County Family YMCA after all this time to move to Kentucky, closer to her daughter to help take care of her ailing husband. She was honored Monday afternoon with a luncheon by YMCA staff.

Stahlecker said she’s sad to go, but feels good about the state of swimming in Pickaway County.

“I’ve taught kids who are now lifeguards,” she said. “A lot of the kids I’m teaching now, I taught their parents. One gentleman who had been in a car accident, and I’m teaching his daughter how to swim; he kept looking at me and asked, ‘how long have you been here,’ and he told me he had me in swim school in third grade.”

Jeff Phillips, executive director of the Pickaway County Family YMCA, said Stahleckler was beloved by the people at the YMCA and she’ll be missed.

“She’s taught generations of Pickaway Countians how to swim,” he said. “She will be sorely missed and hopefully, she’ll be back, but she’s part of what makes the Pickaway County Family YMCA special.”

Stahlecker estimates she taught about 5,000 people how to swim in her 24 years. She taught both at the YMCA and at the city pool when it was operational.

“I taught at the city pool during the day, managed the pool at night and taught here,” she said. “I’ve done private lessons and two nights a week, I was teaching aqua jog.”

Stahlecker said for her, teaching was about eliminating the fear in children.

“I like taking an afraid three-year-old and getting them to the point where they enjoy being in the water and can swim down to the other end with a float without holding on to me,” she said.

“I like seeing it dawn on them that they can do it by themselves. That makes me feel good. I’ve got kids I taught to swim who are now on swim teams and I’m going to come back and watch them.”

Stahlecker got her start not because she was a particularly great swimmer, but rather through a desire to help.

“We’d just moved here from Rochester, New York and my daughter was lifeguarding here,” she said. “They needed people to help with school swim and I was doing laps while she was lifeguarding and they asked me to teach it. I told them I wasn’t a very good swimmer and they said, ‘it’s okay we just need another body,’ and here we are 24 years later.

In her parting message, Stahlecker said everyone should learn how to swim, even if they don’t enjoy it.

“I’d like them to like it, but that’s not my goal, it’s for them if they fall into water to be able to get out,” she said. “If you see someone drowning, to not go in after them, but to throw something to them. That is the most important thing and if I can help save someone’s life, I’ve done my job.”