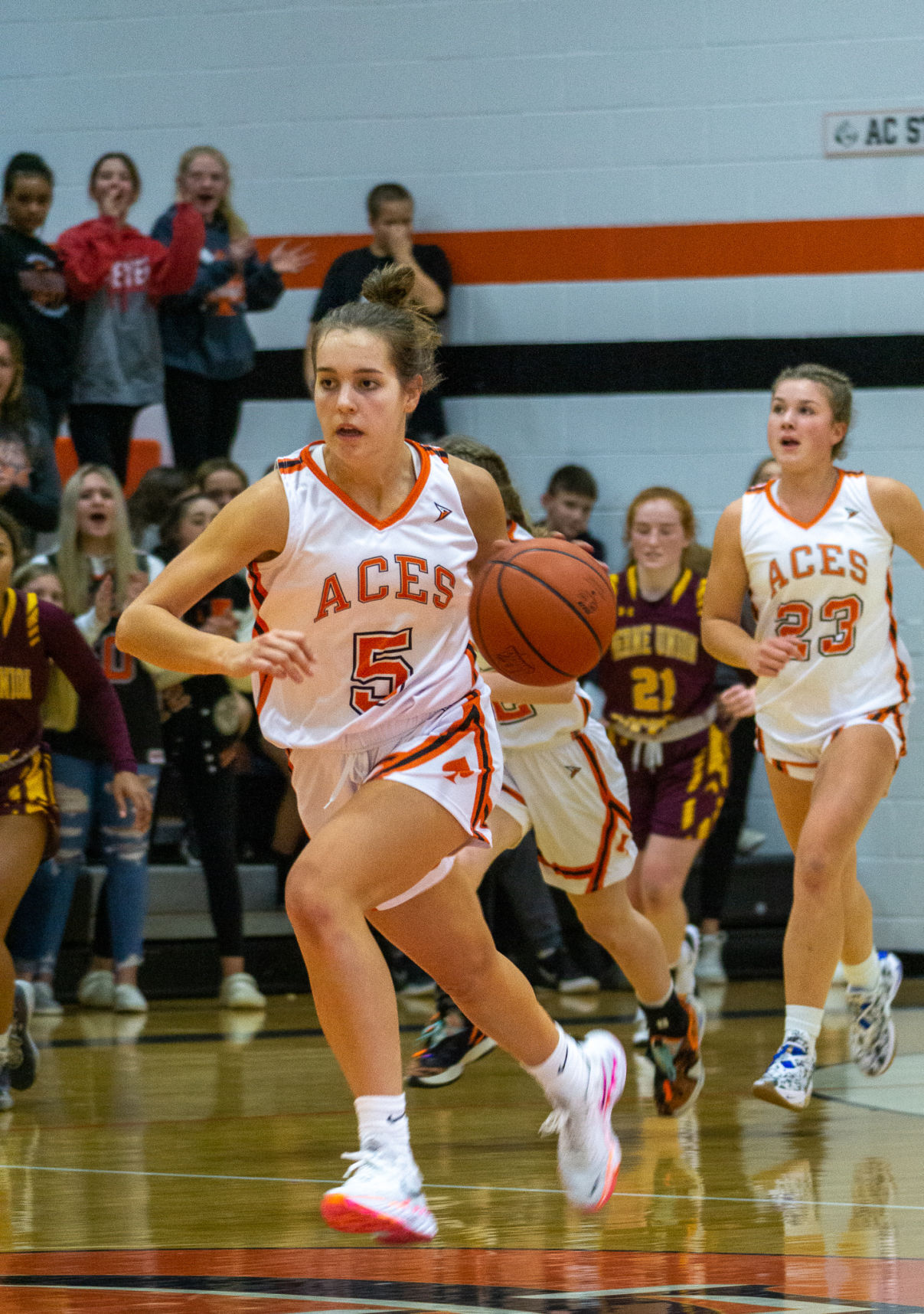 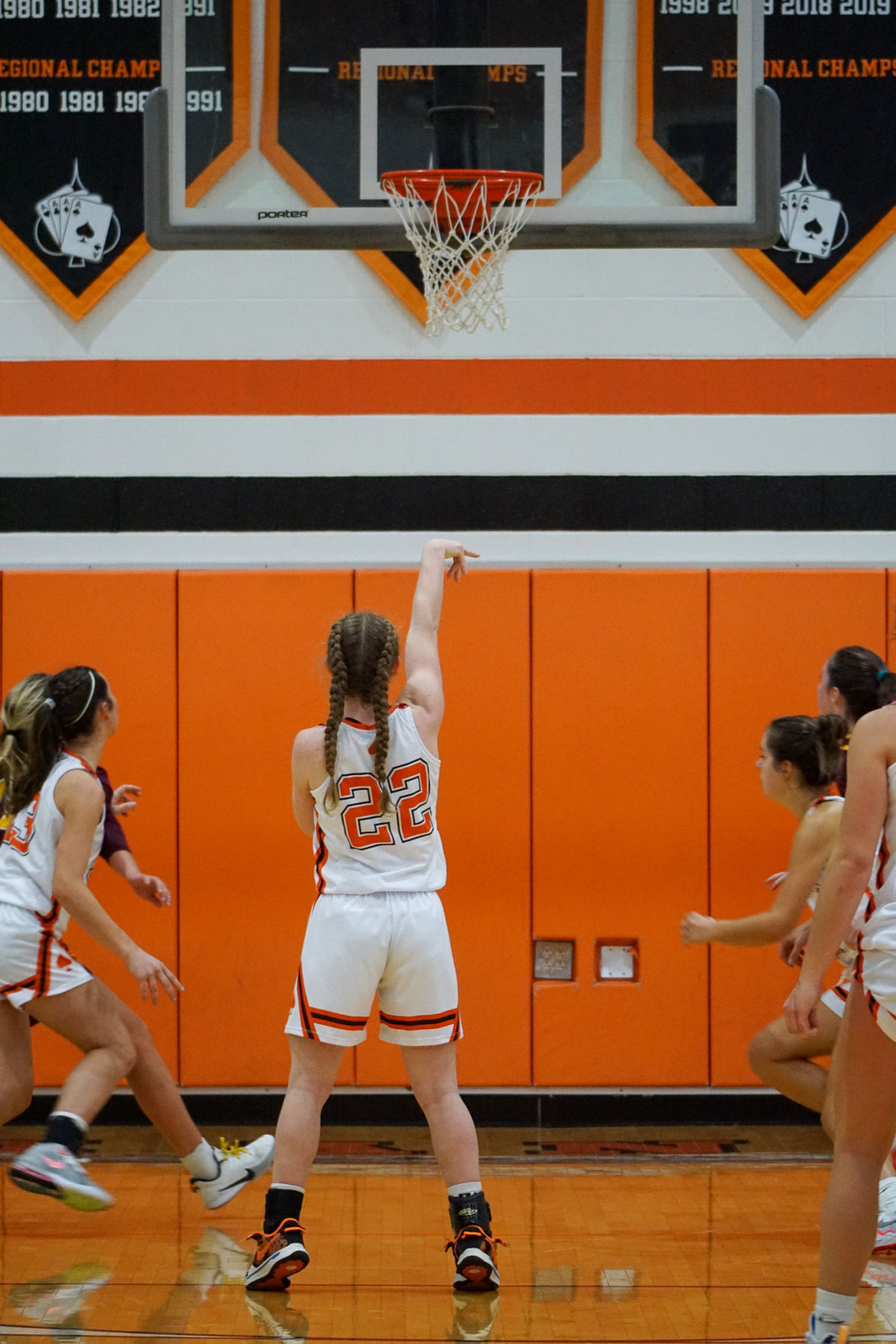 Last year saw the Lady Aces lose badly to the Rockets. However, head coach Tim Leist had a plan for this year’s matchup and in the first period it was clear the Lady Aces had forced the Rockets out of balance.

“Well, the way we were able to kind of take Sophia [Kline] out of her game with Rachel [Weaver] on her, we felt Rachel was a great matchup.”

The game stayed scoreless through most of the first period. Berne Union was first to make a basket with only 40 seconds left in the first. Not to be out done, A-C immediately took the ball down the court for their own first score.

Throughout the entire first half the teams stayed in a tight battle, ending the half tied 12-12.

In the third, things started to open up for Berne Union. Sophomore Rachel Weaver took a third foul and had to be substituted out for the third period. This allowed Junior Sophia to control the ball with less interference.

With Berne Union settling into their game, the Lady Aces looked a little more unsettled. The second half of the game was filled with more turnovers and missed shots by the A-C team.

After the game Coach Leist still had praise for his team.

“We took a lot of steps tonight. You know, from last year we talked about, we just survived last year. This year is about competing. Well we competed tonight, and that’s a positive step.”

Even with their turnovers and missed shots, the Lady Aces kept up and were able to reign the Rockets in in a way that they weren’t capable of last year. The Rockets biggest lead of the game was only 12 points and that only came in the latter half of the final period when they ended the game 41-29 over Amanda-Clearcreek.

Going forward the Lady Aces host Fisher Catholic on Tuesday night where they look to settle into a confident style of play for the season.