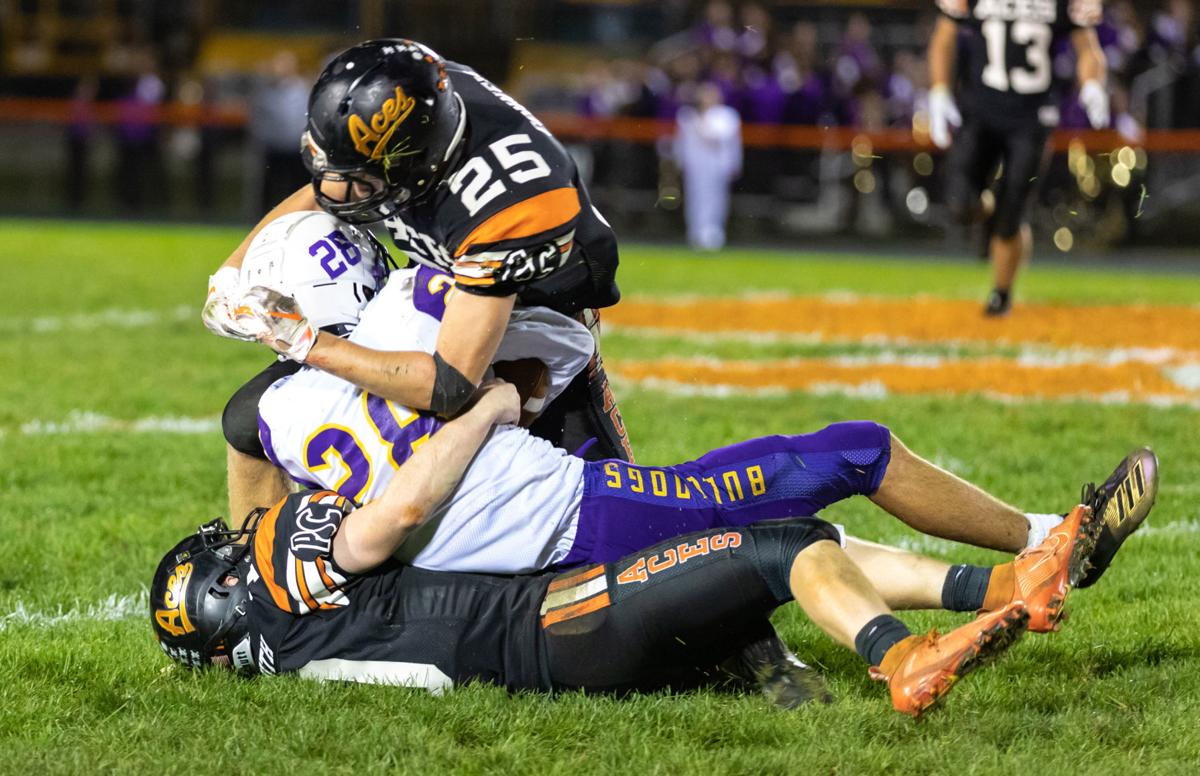 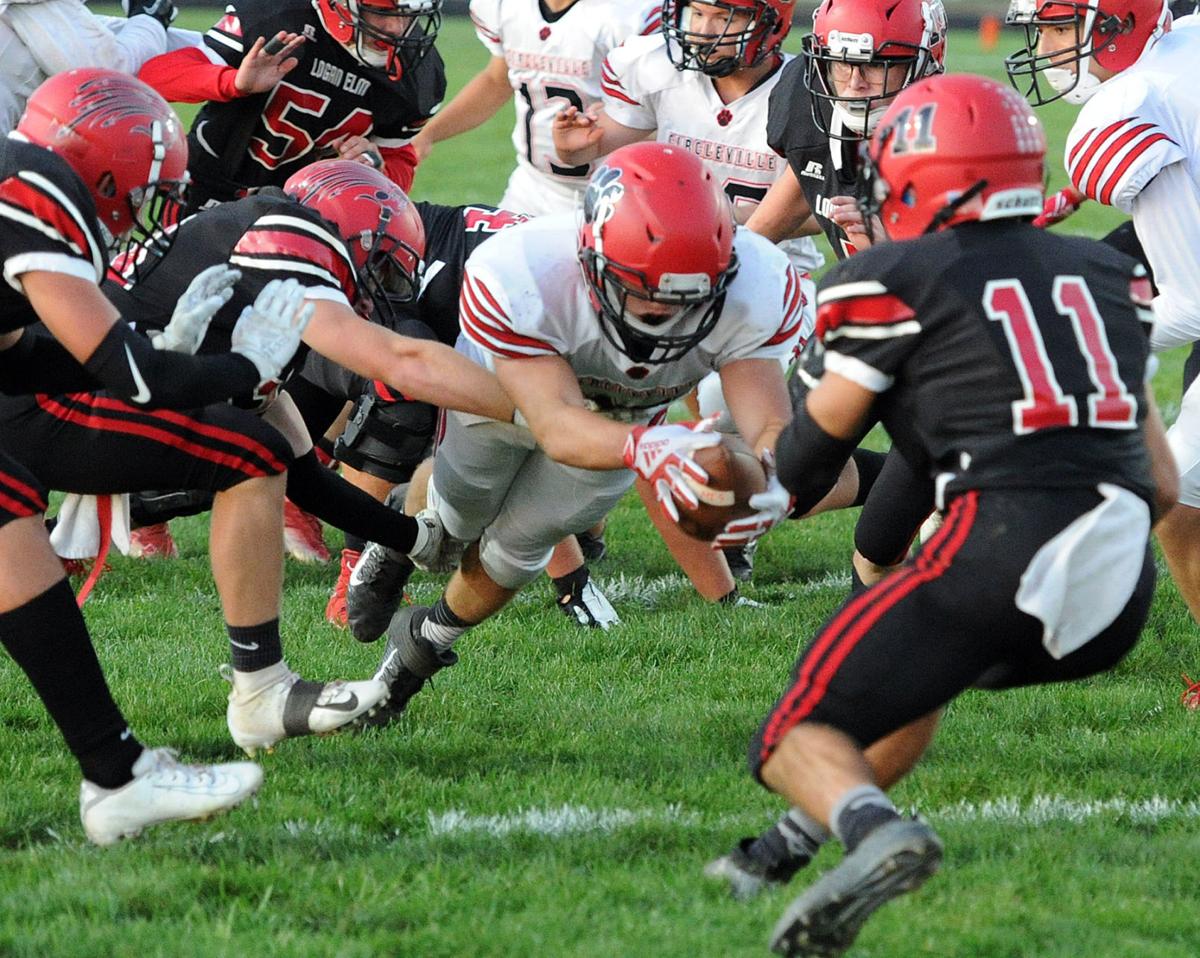 Amanda-Clearcreek and host Circleville both come into a Mid-State League Buckeye Division game on Friday with momentum.

“I told the kids before the game is the way we win this game is to dominate the line of scrimmage. They’ve got a great player over there (Evan Valentine), and I said if can manage it and go three yards and a cloud of dust in this game, I think we can do it,” Circleville first-year coach Luke Katris said following the win. “I’m so proud of them – these seniors I’m so glad to get them one, they’re wonderful people.”

Circleville jumped out to a 14-0 lead and used its double wing offense to gash the Braves for 290 yards and averaged 5.1 yards per tote.

Isac Payne churned out 211 yards on 32 carries and scored a touchdown. Colin Michael covered 38 yards on 12 totes and scoring the other two touchdowns.

(Payne) started out the year playing backside tight end,” Katris said. “I didn’t know what I was going to get from him.”

Payne also had 12 tackles, including one for loss, in the win.

Amanda-Clearcreek coach Steve Daulton commented on the double wing offense his team will face for the first time this season.

“It’s definitely a unique look that we’ll work on preparing for this week,” he said. “They’ve been able to score on every team they’ve played this season and are coming in with some confidence and momentum after their win over Logan Elm.

“I can see by watching film that they’ve made strides every week and have continued to get better. If you want to try and finish the regular-season at 9-1, you have to get to 6-1 first, so we’ve talked to our kids about being focused on this game despite Fairfield County Fair week and coming off the Bloom-Carroll game.”

Circleville limited Logan Elm to 119 yards rushing and another 106 passing.

Amanda-Clearcreek (5-1, 2-0) bounced back from its first loss of the season with a 21-14 win over defending league co-champion Bloom-Carroll.

The Aces also controlled the line of scrimmage covering 244 yards on 53 carries for an average of 4.6 yards per tote. Jesse Connell had a season-high 139 yards rushing on 26 carries and a touchdown.

Quarterback Peyton Madison added 71 yards rushing and two touchdowns and was efficient in the passing game, completing 7 of 9 passes for 52 yards.

Another key to the game was the Aces committed no turnovers for the first time all season.

“That’s something we’ve been working on a lot all season and it was nice to see the kids play a clean game in regards to turnovers, while also forcing a couple of key fumbles in the fourth quarter,” Daulton said. “When you can finish the fourth quarter +two in turnovers, you’ll take it.”

Bloom-Carroll was held to its second fewest points in a game this season and amassed 242 yards of total offense, 183 of which came through the air.

Amanda-Clearcreek enters the week fourth in Division V, Region 19. The top eight teams in each region advance to the postseason at the conclusion of the regular slate.

The Aces are averaging 29.5 points per game and allowing 19.2 points, while the Tigers are scoring 14.3 points per outing and yielding 40.2 points.