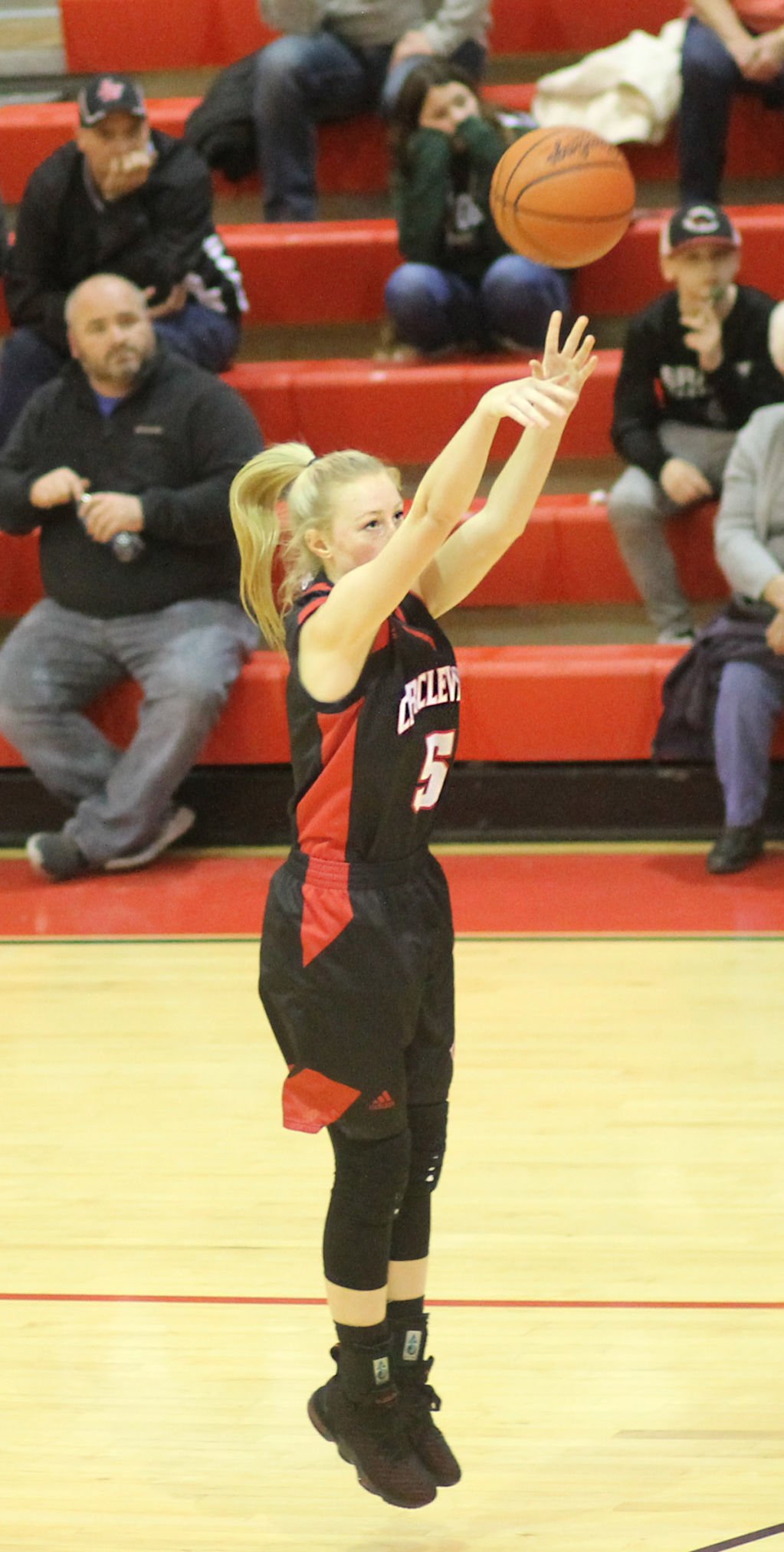 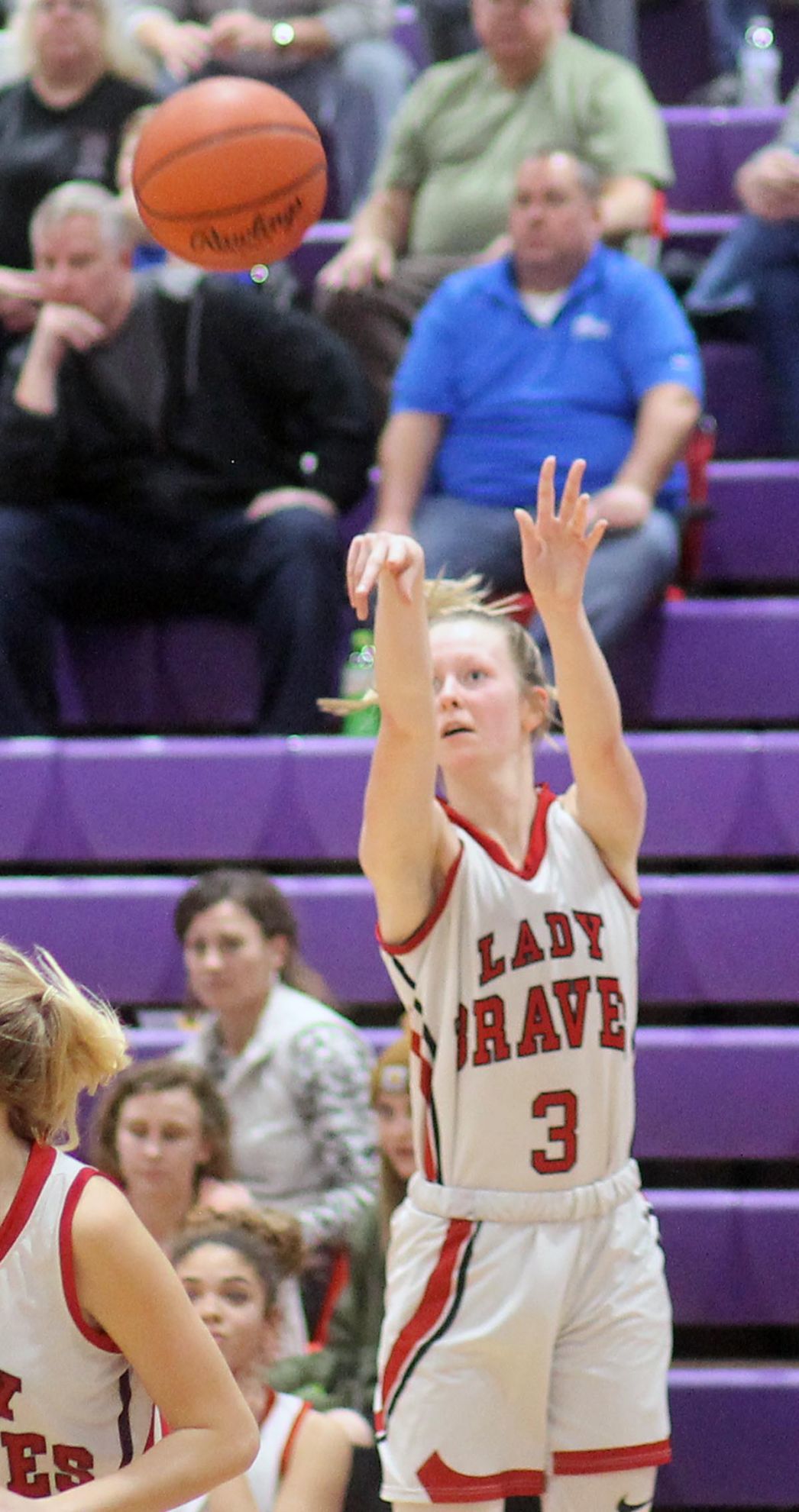 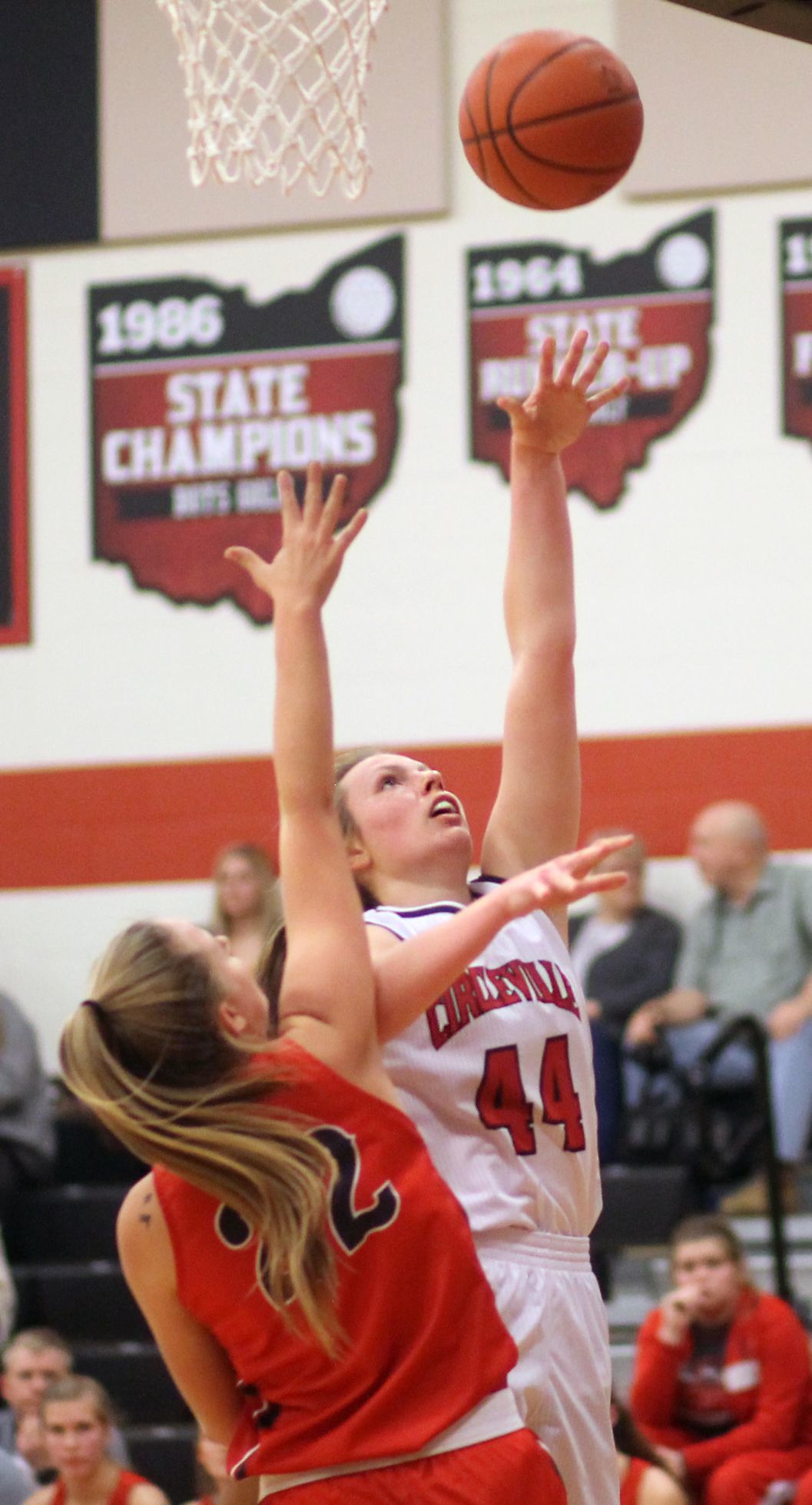 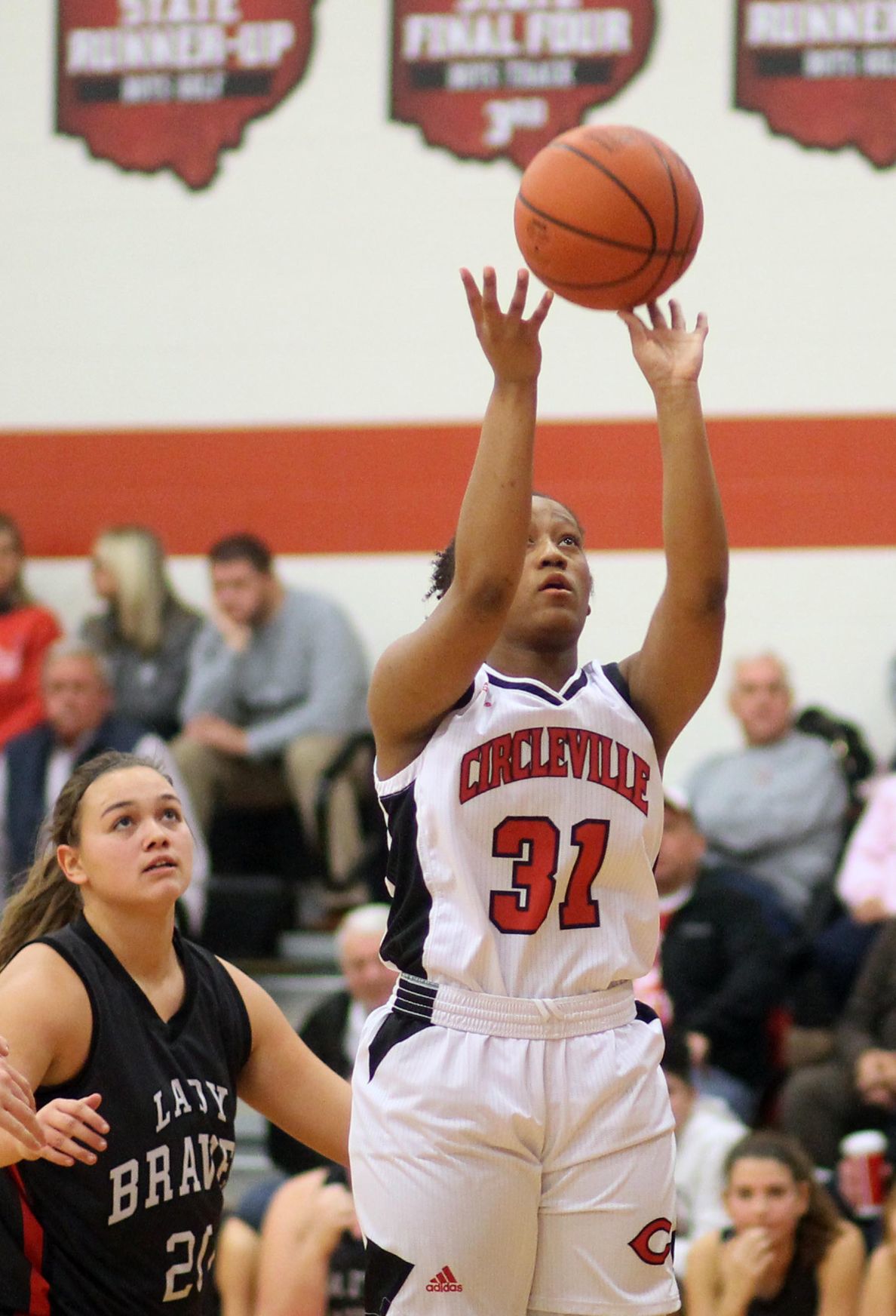 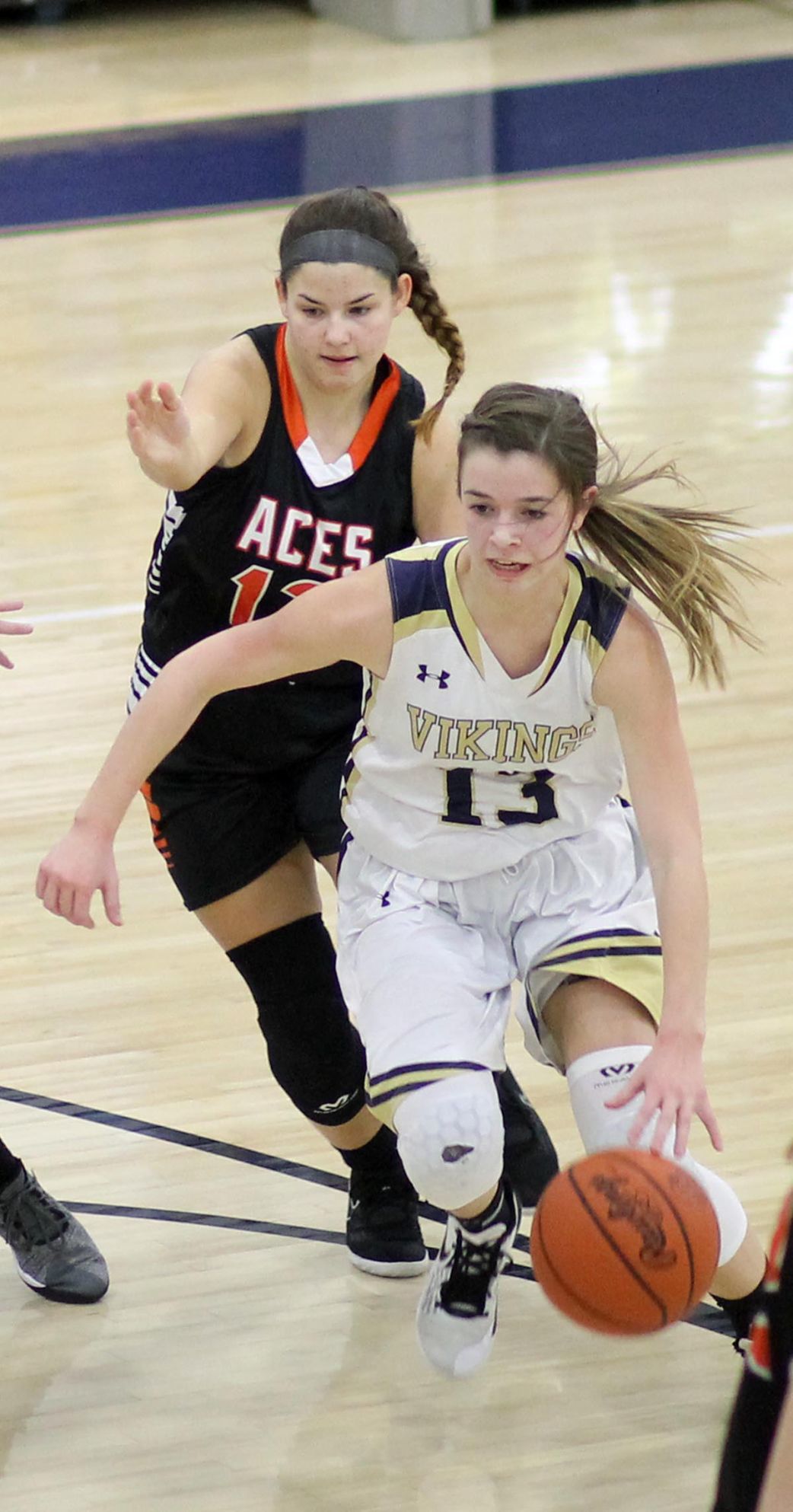 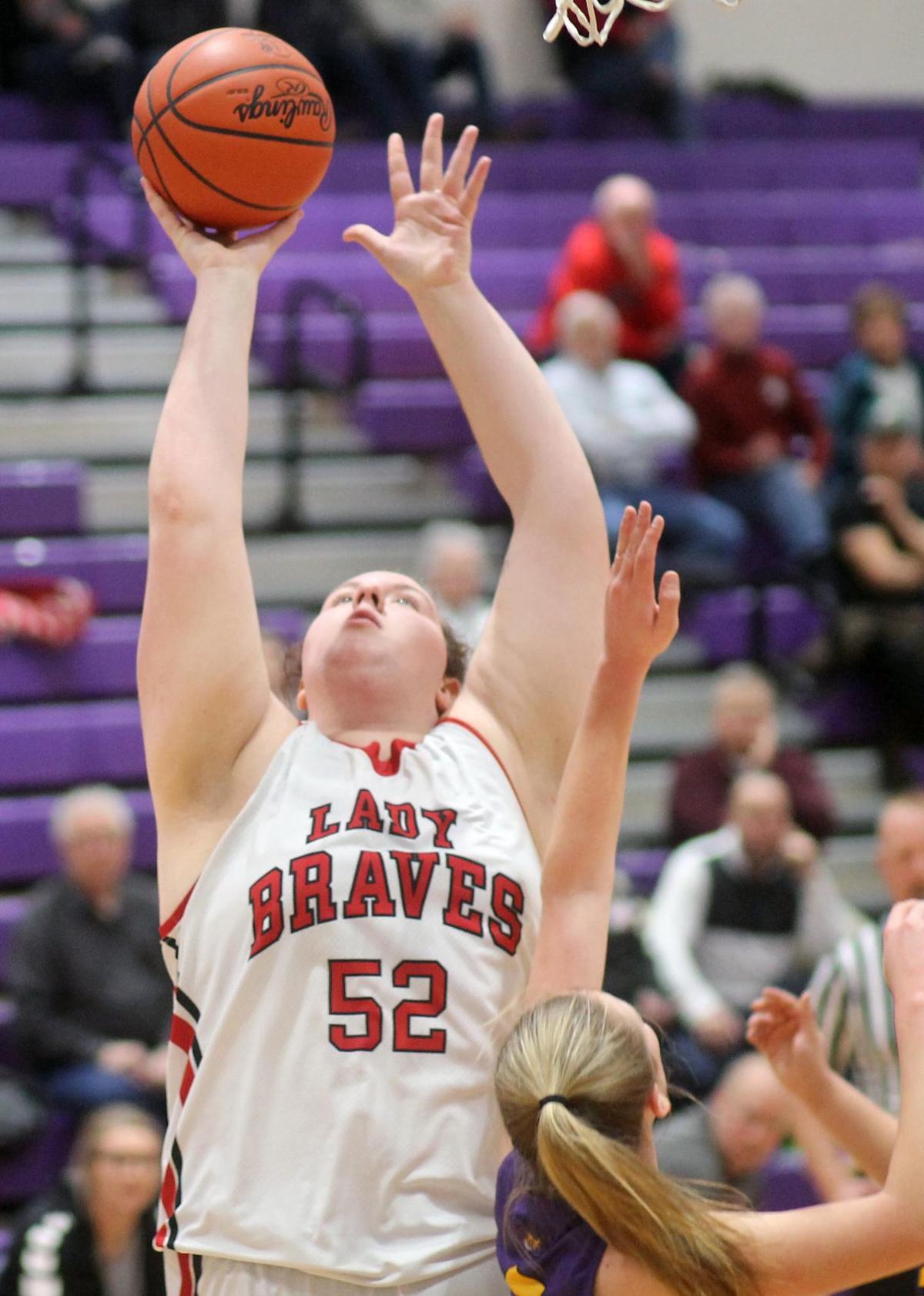 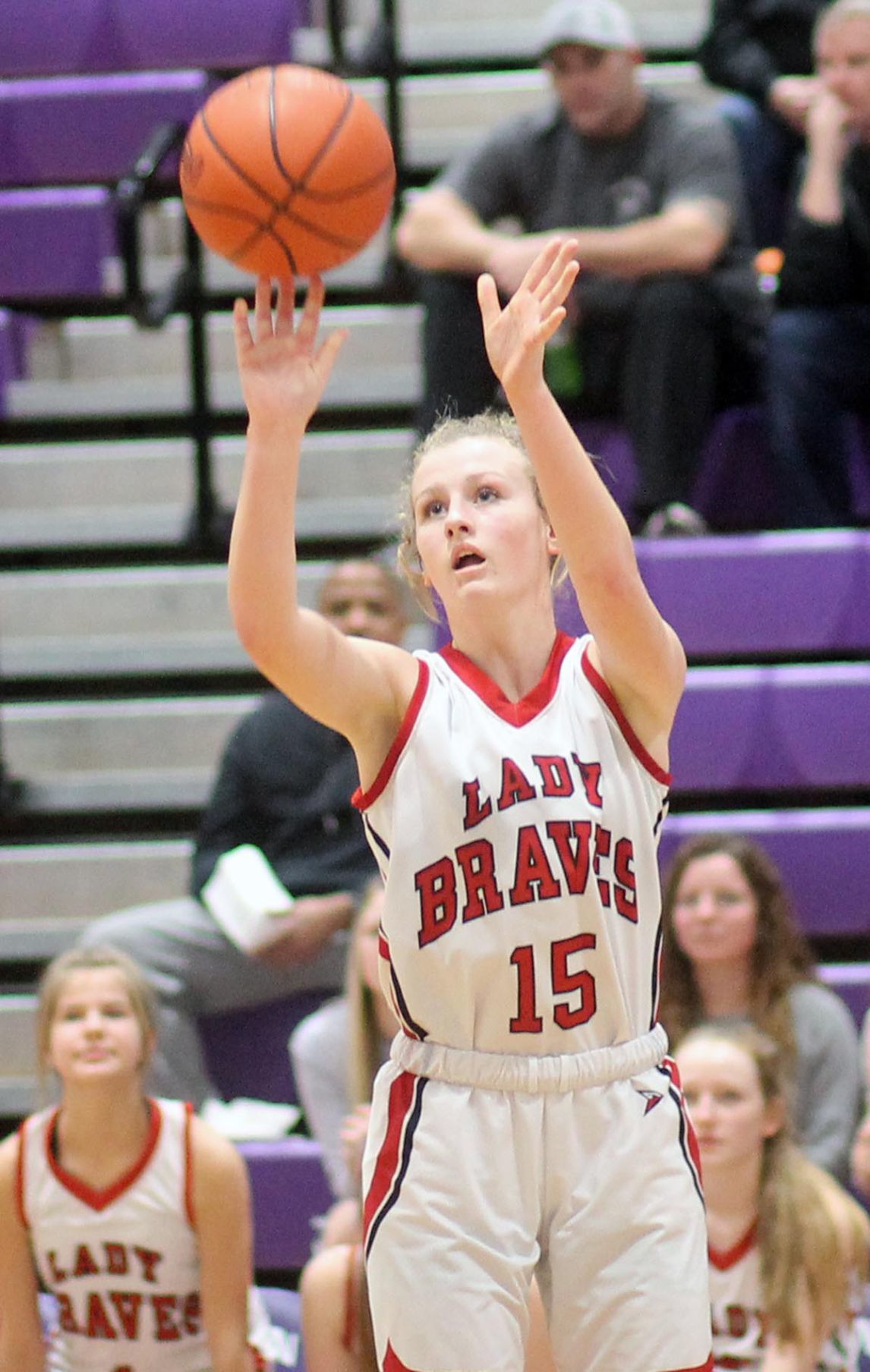 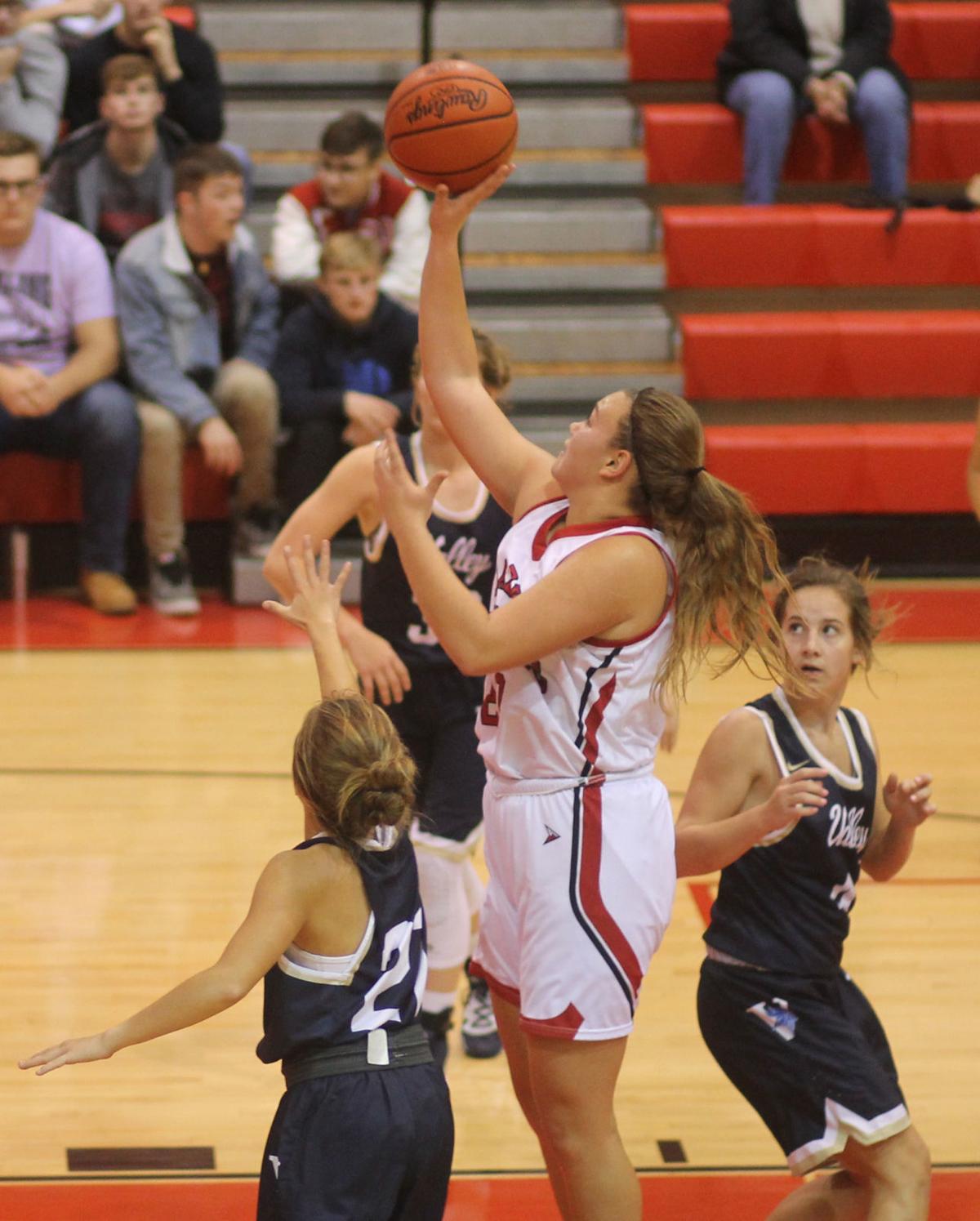 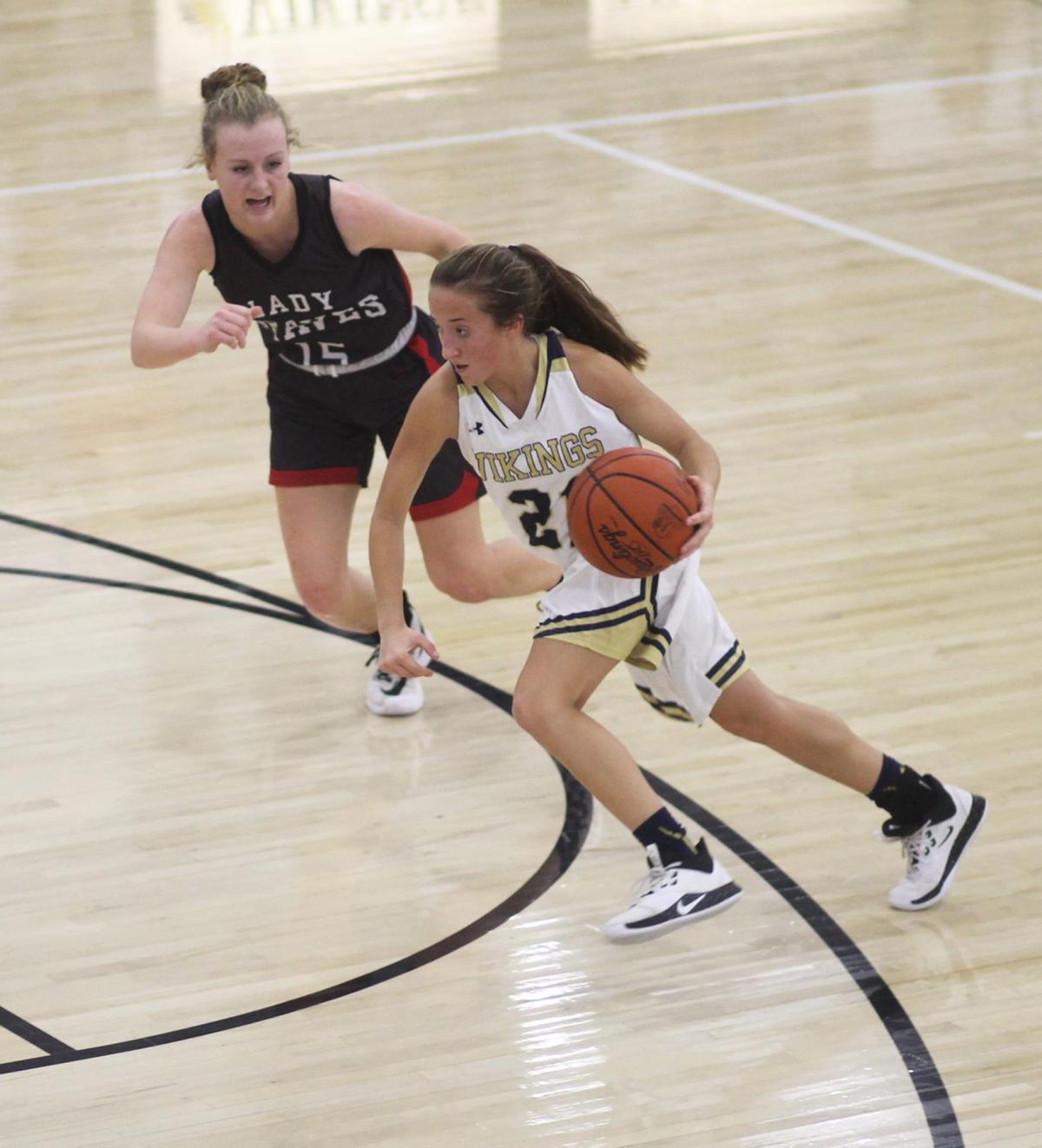 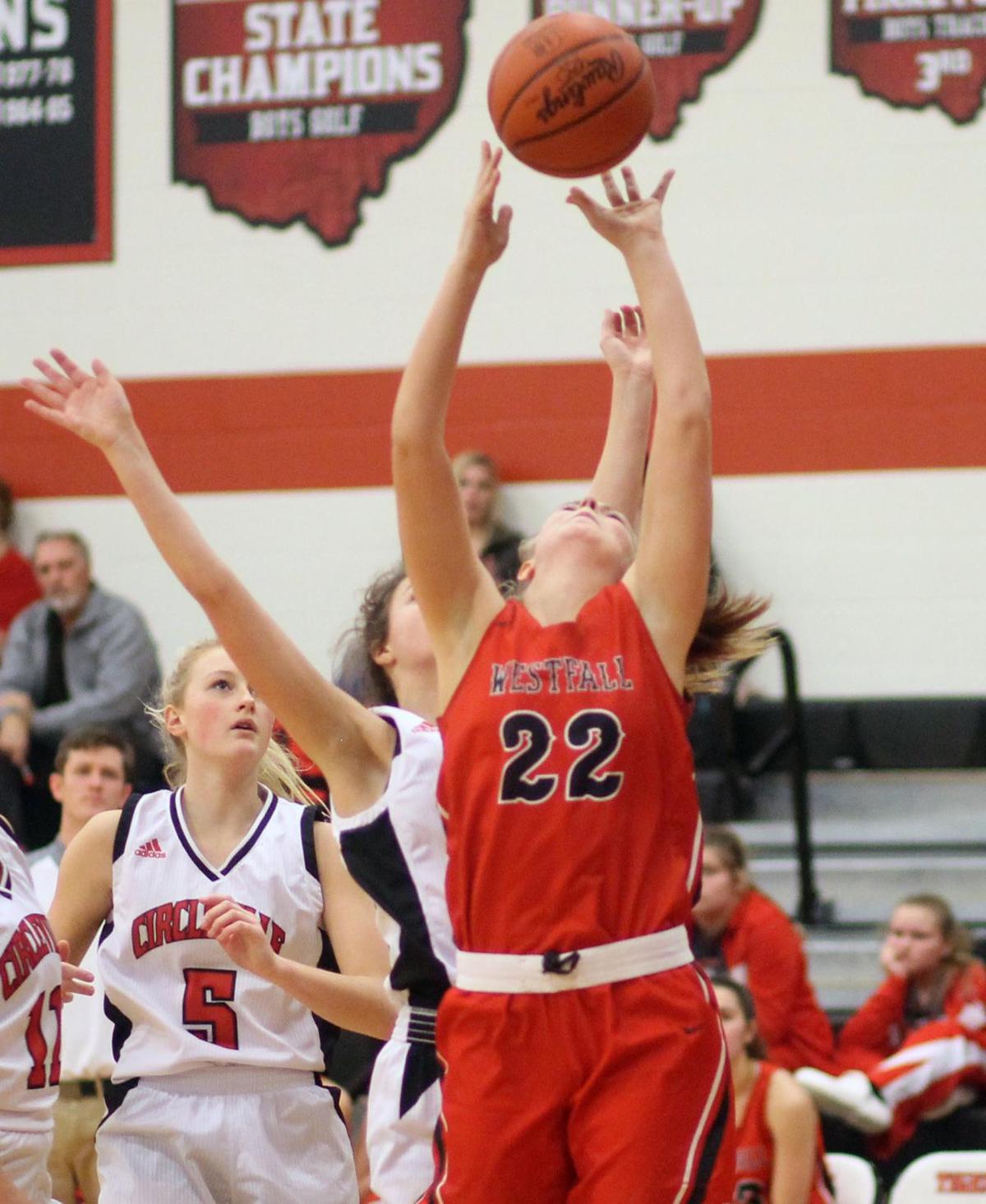 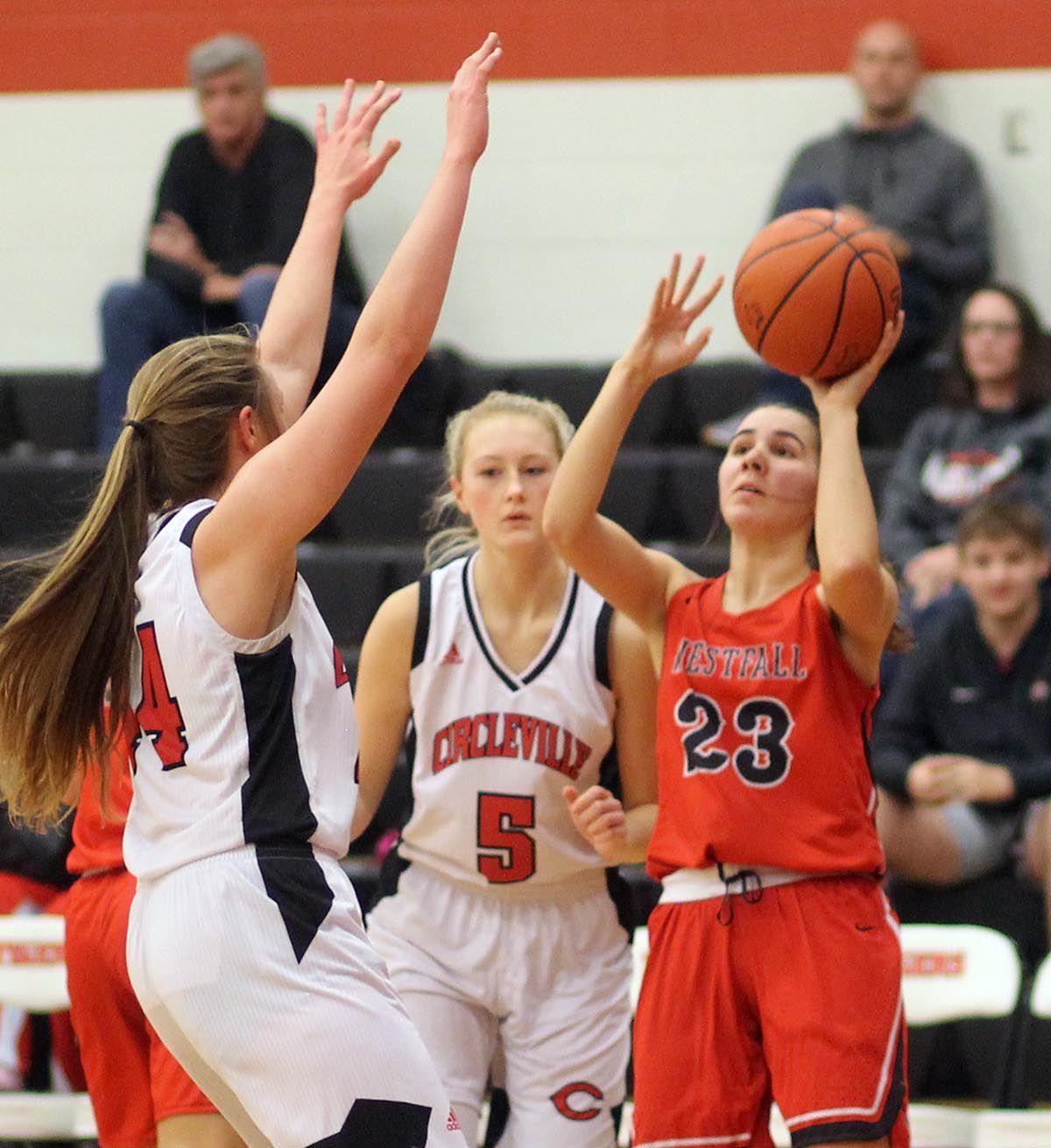 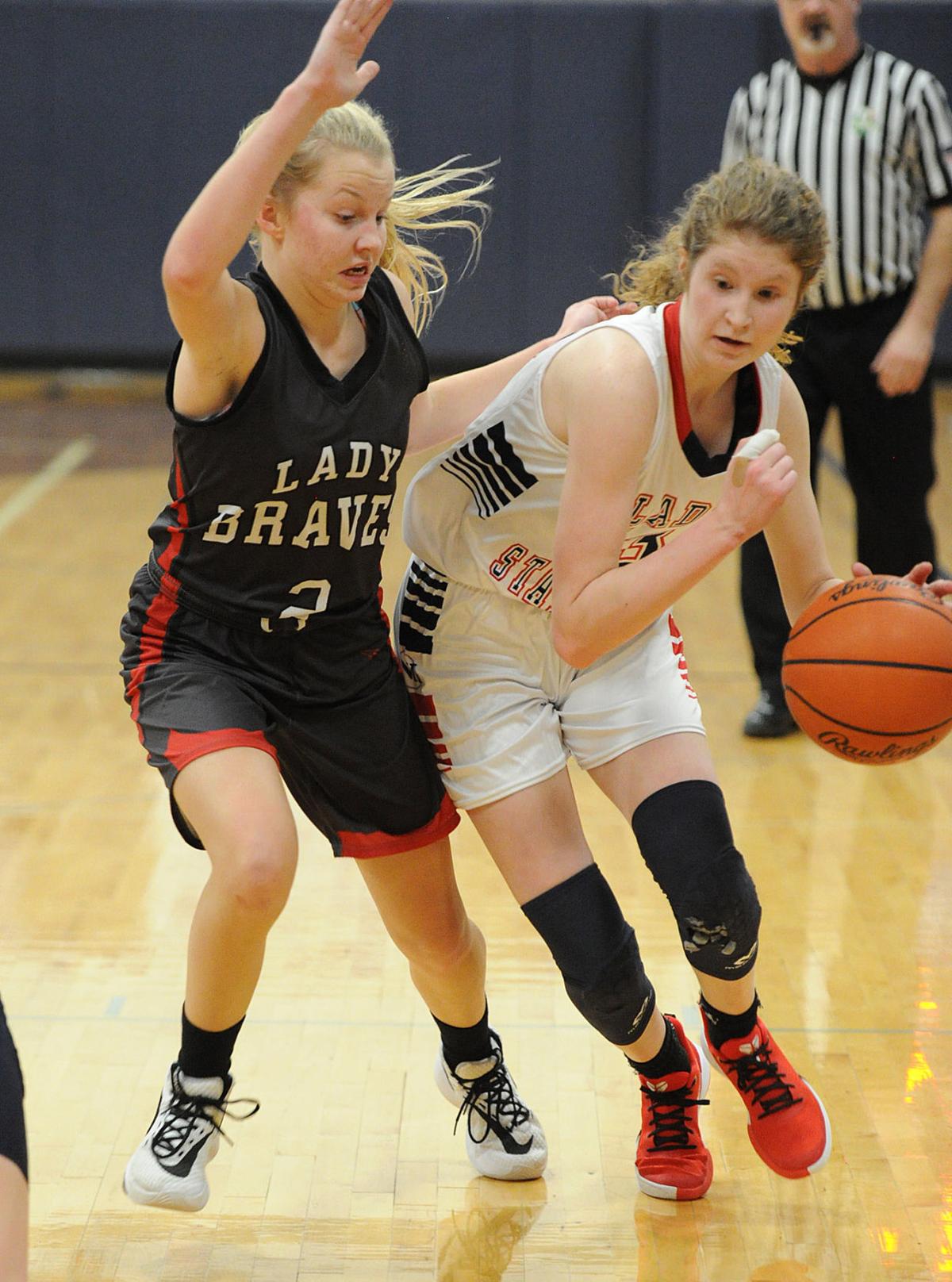 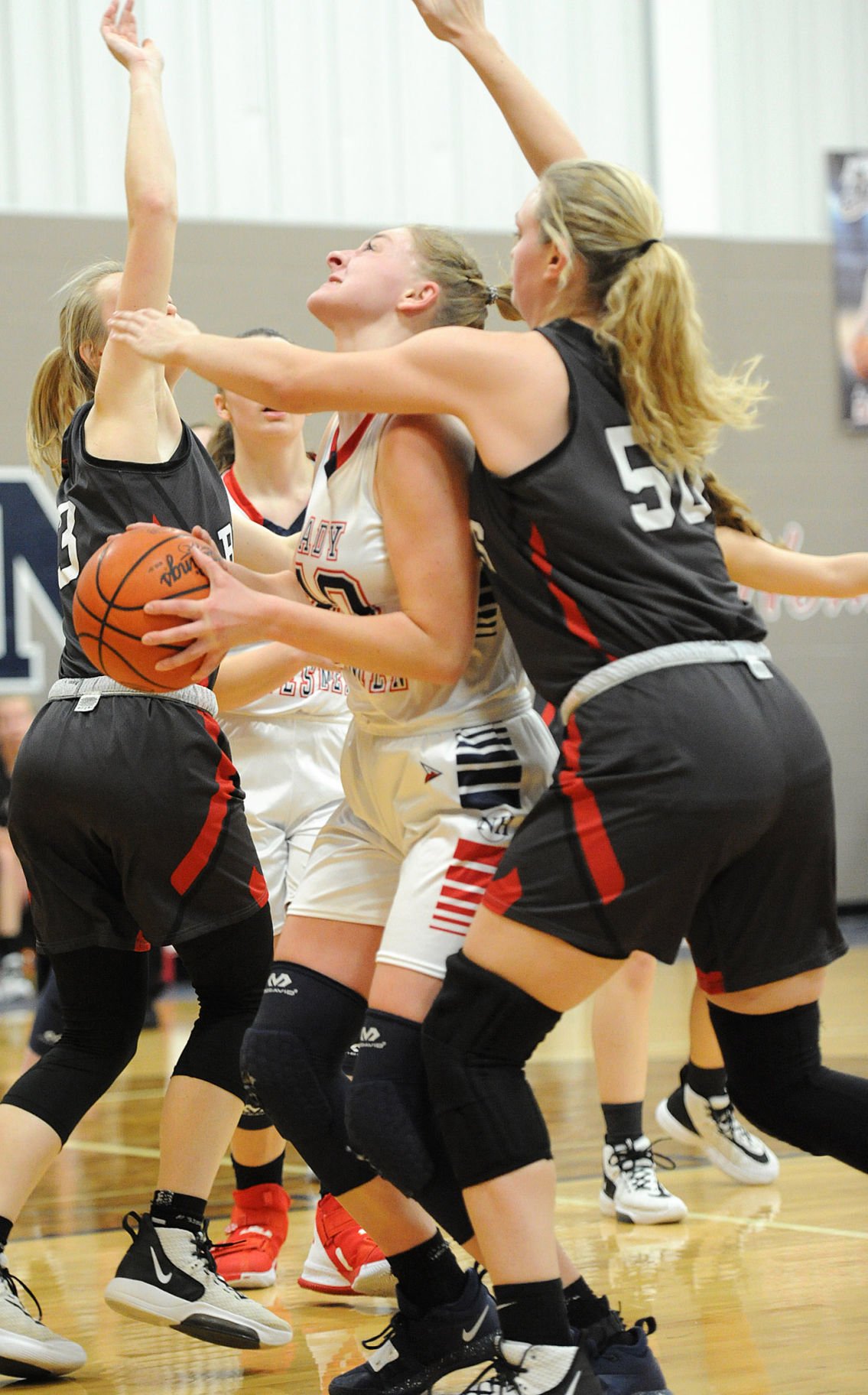 Coach John Denen on Hatter: “Abby is going to be a difficult player to replace, because she can do so many different things and she is such a competitor that has an amazing drive to win. She’s a hard worker and an amazing scorer with one of the prettiest shots I’ve seen during my years of coaching. I didn’t hesitate to let Abby shoot the basketball within 25-feet of the basket.”

Coach Steve Kalinoski on McConnell: “It’s hard to know where to start with Kenzie, because she impacted the game in so many different ways for our team. I think you have to start with her work ethic and how hard she works to be the player that she is. She had a tremendous year on offense, rebounding the basketball and being a force in the post. She’s earned a number of honors for her play, but it’s very rare for a Pickaway County player to be first-team All-Metro, and that’s what probably stands out the most to me. She was on that team with four players who have signed or committed to Division I teams.”

Coach Kalinoski on Captain: “Jaylah was a great addition to our basketball team this season. She’s a smart basketball player, she gave us another solid ball-handler, she can shoot the basketball, rebound some and also is a plus player defensively. She had a great year and I’m looking forward to seeing what she can do next season.”

Coach Kalinoski on Davis: “Meghan has come a long way from her freshman season, having to battle through injuries along the way, due to how hard she has worked. She really stepped it up this season to be a consistent scorer and rebounder for us.”

Coach Kalinoski on Bircher: “Tori really worked hard on her shot during the offseason and continued to during the season. We expected her to shoot the basketball well and she knocked down some big shots from the perimeter over the course of the season. She also stepped up defensively and was a good basketball player for our program.”

Coach Kalinoski on Kendrick: “Brie was our leader on offense and did an outstanding job of running the point, understanding our offense and being a smart basketball player. She’s the type of player who makes everyone around her better. Brie is also our single-season record holder with assists in 118.”

Coach Trevor Younkin on Deweese: “Ashley led us in every category on offense and defense, she stepped up her rebounding and she led our basketball team as just a sophomore. I was impressed with how well she sees the floor, how she was able to get other people involved and also her ability to score the basketball. I was real pleased with her season and I’m excited for what is ahead of Ashley over the next two seasons.”

Coach of the Year

Kalinoski guided the Tigers to their best season in program history with a perfect regular-season and championships in the Mid-State League Buckeye Division and Southeast District. Circleville also won its first regional game in program history en route to a regional runner-up finish and a 26-1 overall record. Circleville finished the regular-season as the top-ranked team in the state by the Associated Press.

Coach Denen on Griffith: “Brynn sprained her ankle in our opener against Westfall and with taller kids it takes awhile for them to heal from that. She started hitting her stride again when we played Unioto in late December and she was a force for us in the last half of the season. Being 6-foot-4, she is getting doubled and tripled team, and she’s worked hard on catching the basketball and also finishing. She’s a great piece for us moving forward.”

Coach Denen on Schultz: “Riley became our defensive stopper as the year went on, especially over our last 10 games. We sacrificed a little bit of her offense, but she really did a nice job on the other team’s best perimeter player and that allowed us to move Abby Hatter into a little bit of a different role. Riley also quietly started stepping into a leadership role. I’m looking forward to having her back next season and what is ahead for Riley.”

Coach Denen on Diehl: “Megan started in the post and moved to point guard at mid-season for us, and 20 years ago that’s a move I wouldn’t have thought about. Usually, kids go the other way with moving from a guard to forward position. Megan had a knack for the basketball and getting big rebounds and loose basketballs. We probably sacrificed a little bit of her scoring, but Megan was unselfish and did a nice job of distributing the basketball and doing a lot of little things that led to how successful we were in the second half of the season with going 9-3.”

Coach Younkin on Bush: “Megan was a player who sparked us at different times this season. It was important to have her experience as a third-year letter winner, and she had helped relieve the pressure on Ashley at times. Ashley and her fed off of each other’s success. We’re looking forward to having her back for another season.”

Coach Zane Miller on Dudgeon: “Marcy was very reliable for us this season and was someone who we looked to every game to get us going or when we needed a basket. She left her mark on the Scioto Valley Conference and Westfall basketball by scoring her 1,000 career point and ending her career with 1,016 career points.”

Coach Miller on Patete: “A tremendous worker who got better all season, in my opinion was playing some of the best basketball in the SVC during the second half of the year. Was averaging 15 points a game in the last seven games of the season and shooting at a high percentage. She is a very confident player who I feel next year will take a big step in being first-team in the SVC.”

Coach Brian McCallister on Pruitt: “We were able to be much more aggressive defensively because we knew Sadie was there to bail us out when needed.

She averaged 14.5 boards in our seven games against MSL, SVC and Columbus City league teams. Sadie ended her career with 990 rebounds, which is amazing at any level.”

Coach McCallister on McCallister: “Maren not only led our team in scoring, she also got others involved by averaging over four assists per game. Maren always faced the best defender and showed a lot of grit for her first year at the varsity level.”