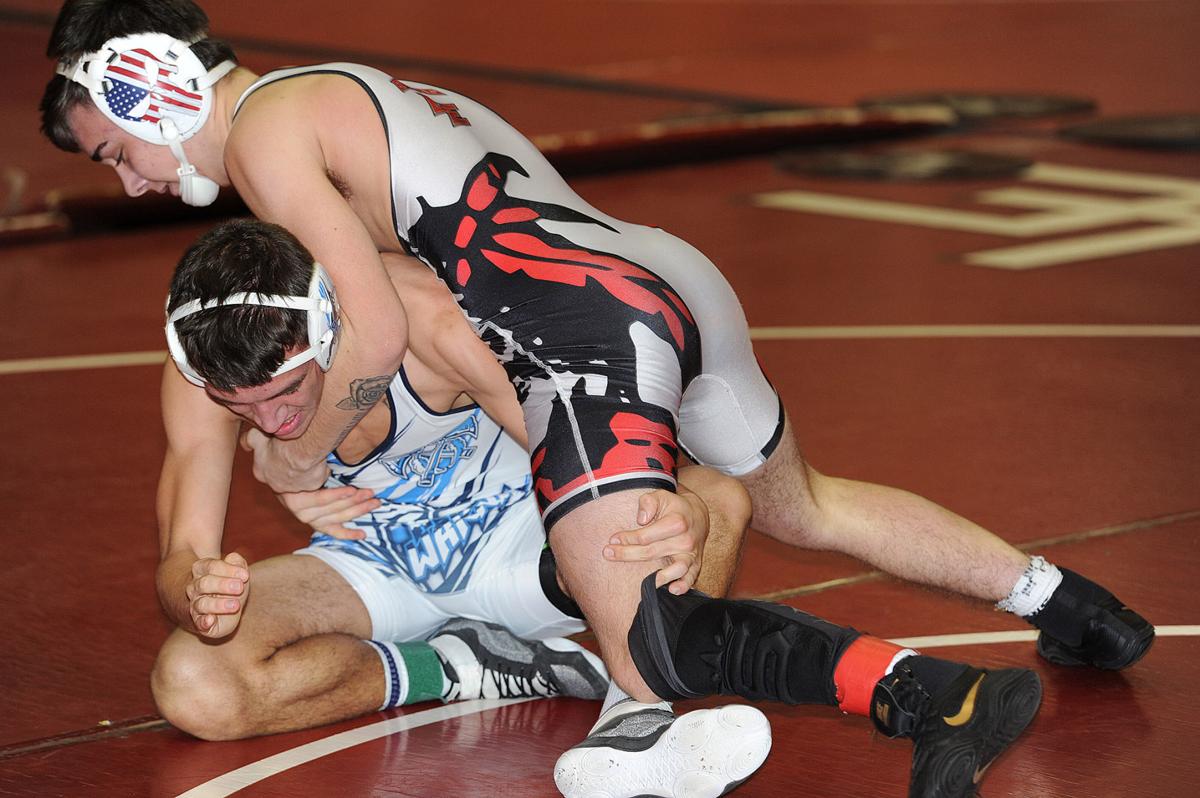 Blake Holzschuh (Logan Elm) pinned Garrett Simmons (Adena) in 1:34 in a preliminary match on the way to winning the 132-pound weight class. 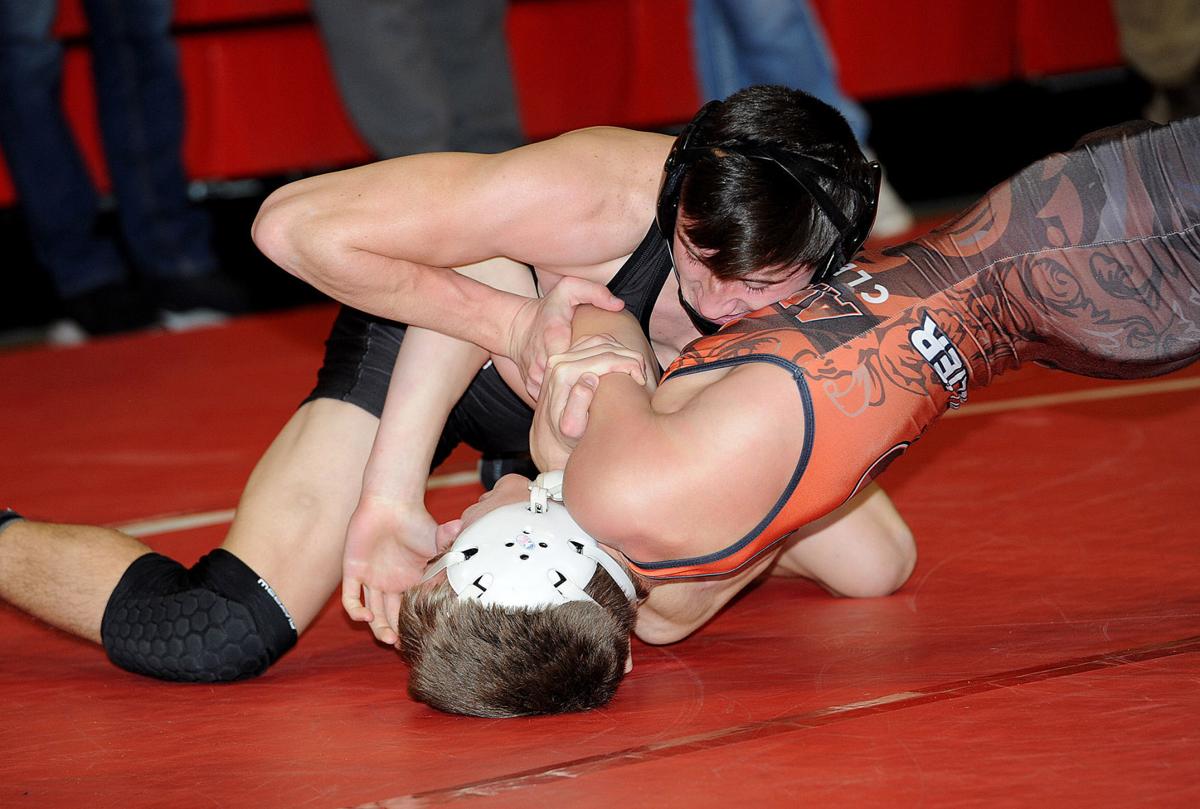 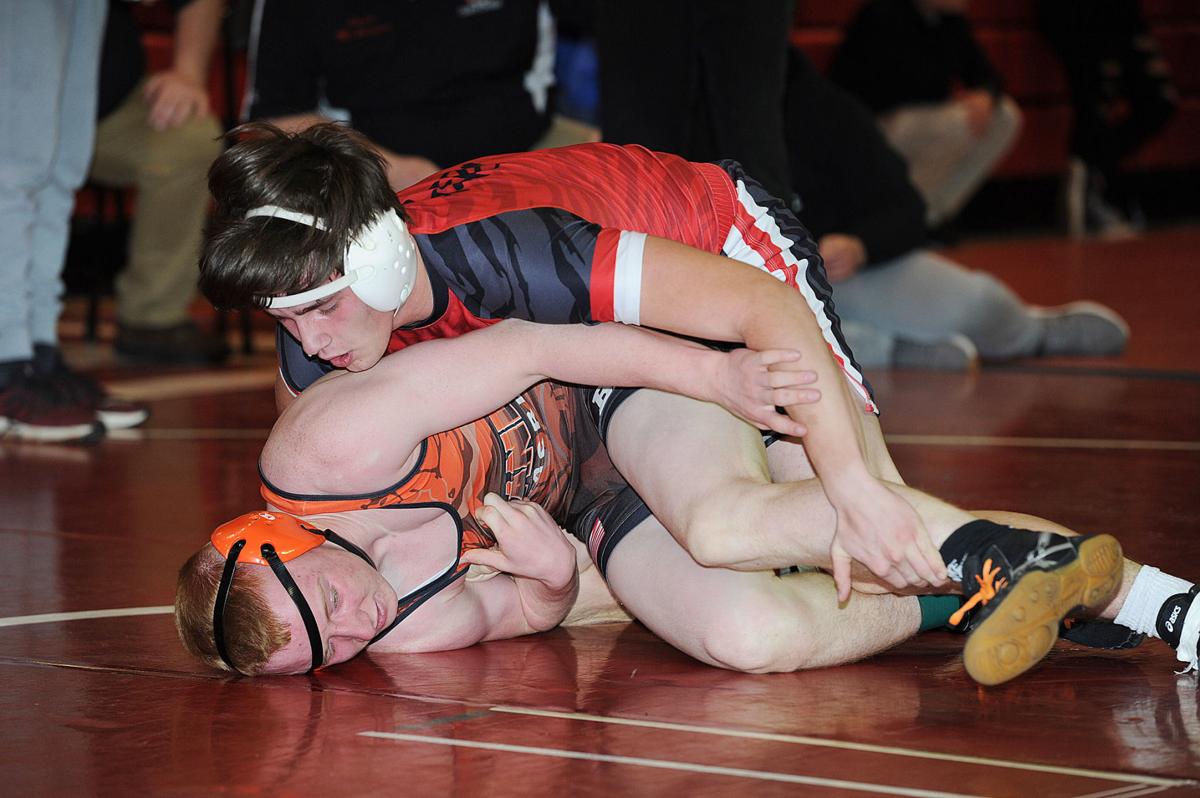 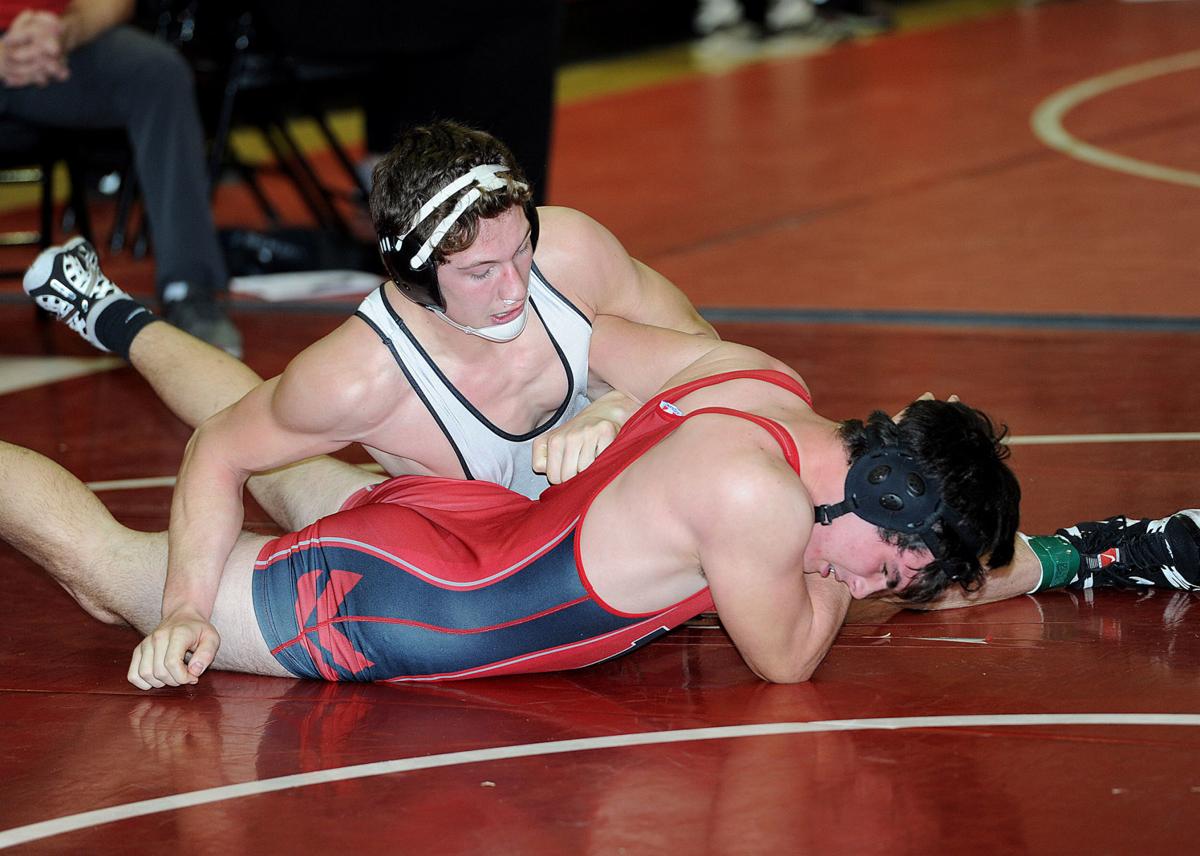 Blake Holzschuh (Logan Elm) pinned Garrett Simmons (Adena) in 1:34 in a preliminary match on the way to winning the 132-pound weight class.

Logan Elm won a pair of weight classes on Saturday on its way to a third-place finish in its annual invitational.

“I was pleased for the most part and felt that most of our guys wrestled pretty well,” Logan Elm coach Jake Daniels said. “We got a little better this weekend and that’s our goal every day, so we can peak at the right time and get as many kids to district and hopefully state as we can.”

“Blake and Luke have both been wrestling well over our last couple of tournaments at Fricker’s and West Jefferson and they continued that into our invitational,” Daniels said. “Blake has a good routine and he’s wrestled hard, including beating a couple of state qualifiers up at West Jeff. Luke is good on both top and bottom. He’s still trying to figure out what he wants his offense to be on his feet. He’s also beat some solid kids over the last couple of weeks.”

“We moved Luke from 182 down to 170 and that opened up a spot for Hayden in the lineup, and it was nice to see him seize that opportunity and have a good invitational,” Daniels said. “He’s a sophomore and still made some sophomore mistakes over the course of the day, but that’s how you learn and continue to get better.”

Logan Laux (106) rounded out top finishers for the Braves by taking fourth.

Amanda-Clearcreek was fourth with 154.5 points.

Chanston Moll earned his 100th career win in the invitational and topped the 126-pound weight class with a 10-4 win over Reynoldsburg’s Logan Smalley.

“Chanston just got back from a three-week layoff due to a high ankle sprain that has been nagging him from football,” Westfall coach William Breyer said. “It was nice to get him back and he did an amazing job this weekend.

“He’s one of those kids who works hard and competes every day. He loves wrestling and he’s one of the strongest wrestlers that I’ve ever coached.”

Isac Payne paced the Tigers with a fifth-place finish at 170, winning his final match with a 7-5 decision over Reynoldsburg’s Gavin Miller.

The Braves and Mustangs will get back together at Logan Elm on Thursday for a tri-match that will include Benjamin Logan. As the Braves head into the middle of the season, Daniels has his eyes set on the prize at the end.

“Right now, with their experience and how they’re wrestling Blake, Dylan and Luke have separated themselves as our top three kids and have been pretty consistent at every tournament we’ve been at so far. They have a shot at doing some really nice things in the tournament as long as they continue to work hard on peaking at the right time,” he said. “We want to work hard with that next group of kids, who are wrestling well one weekend and then not so well the next and get them to be more consistent and help them along as we head towards the tournament.

“At the end of the day, this is all practice for that three-week run of sectional, district and then state. That’s when it really counts.”

Teays Valley took a younger group of wrestlers to the Groveport Invitational on Saturday and turned in a second-place finish.

“We took 10 kids who haven’t been in our varsity lineup every week or are that next layer on the depth chart, so it was nice for them to get some good mat time in and wrestle some good kids,” Teays Valley coach Todd Nace said. “We also had some of our junior varsity kids beat varsity kids they were wrestling.”

The Vikings travel to Hilliard Bradley on Saturday.