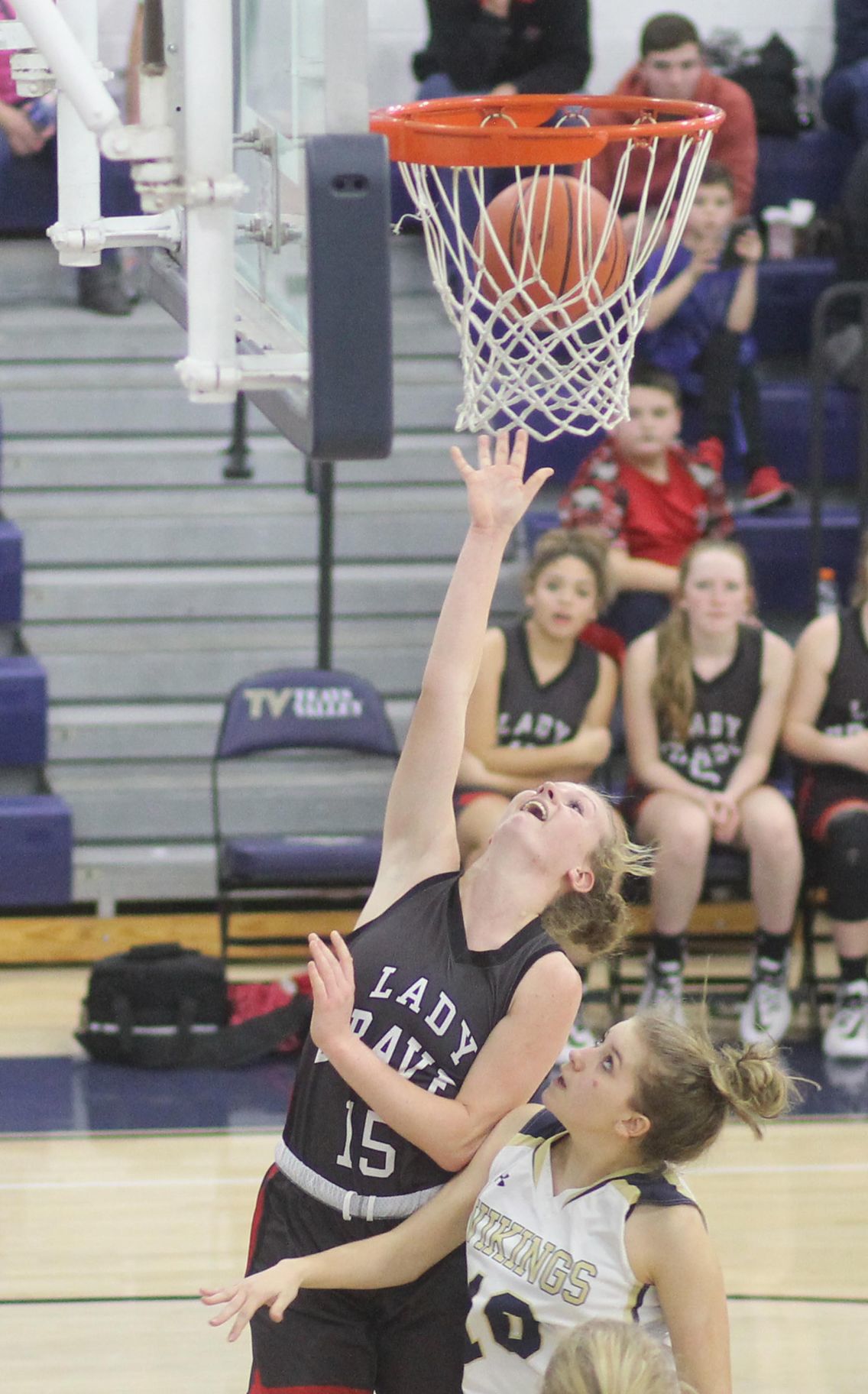 Logan Elm’s Riley Schultz lays in two points on Friday in a 44-36 win over Teays Valley. 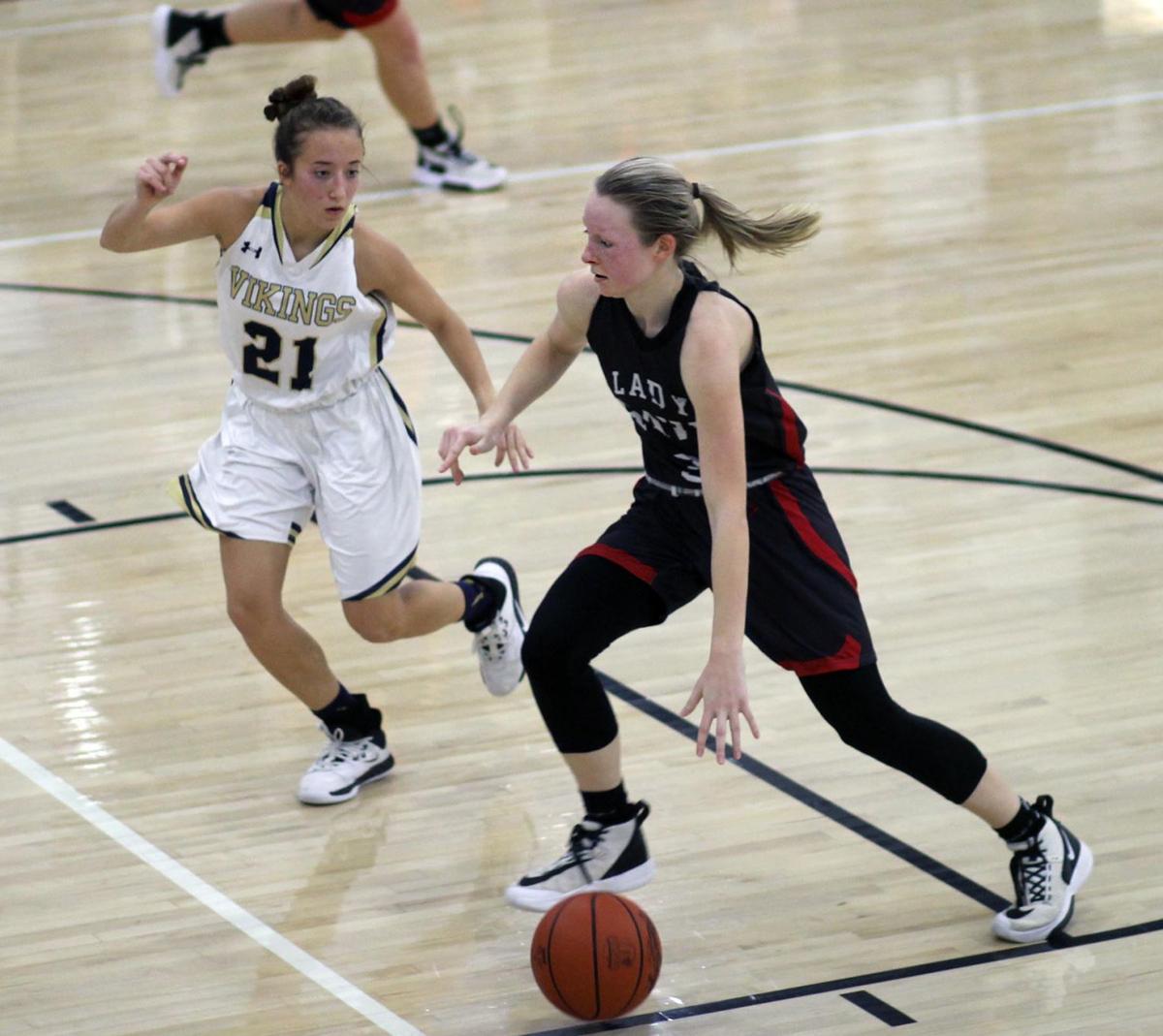 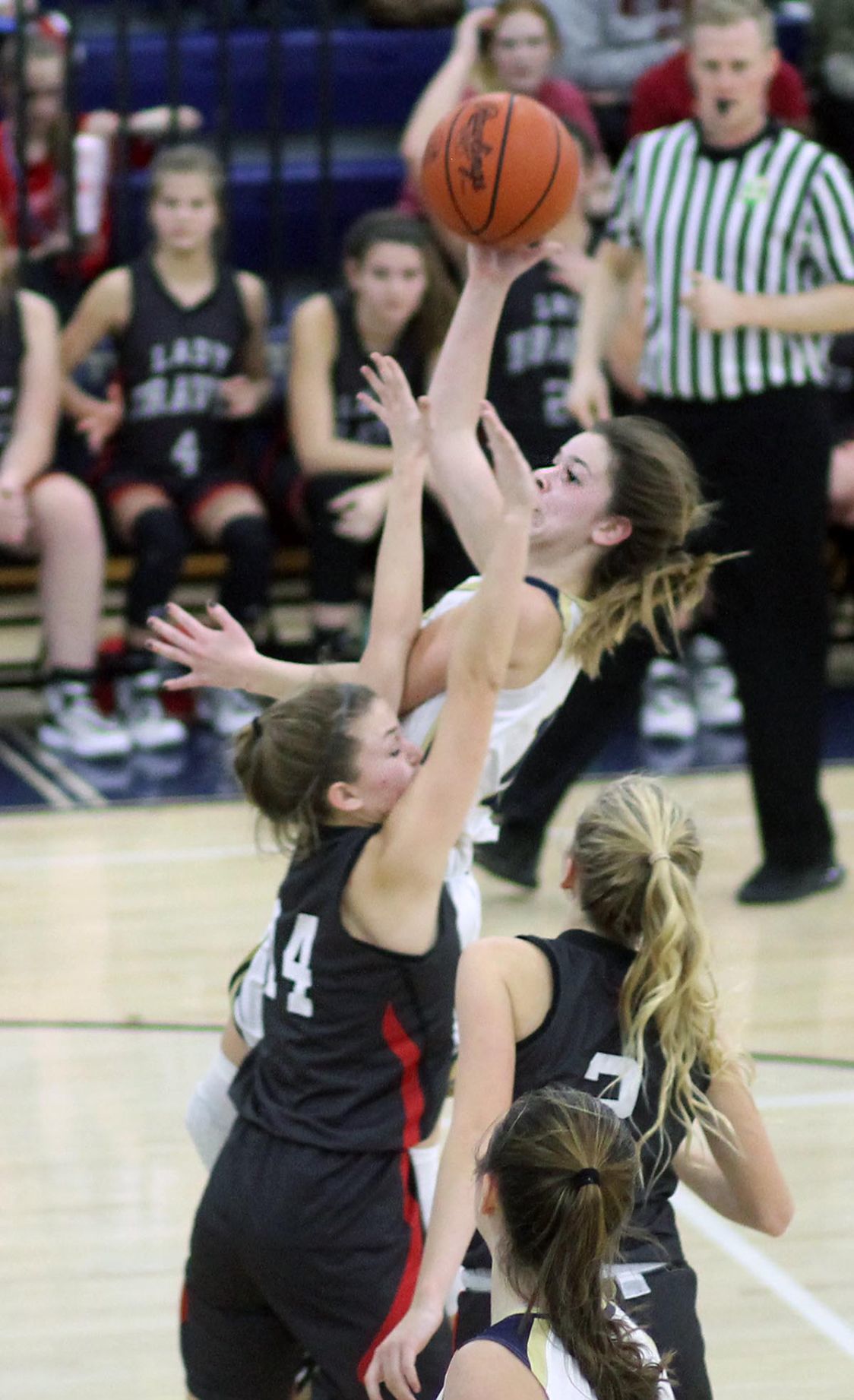 Teays Valley’s Ashley Deweese hits a floater for two of her game-high 22 points on Friday against Logan Elm. 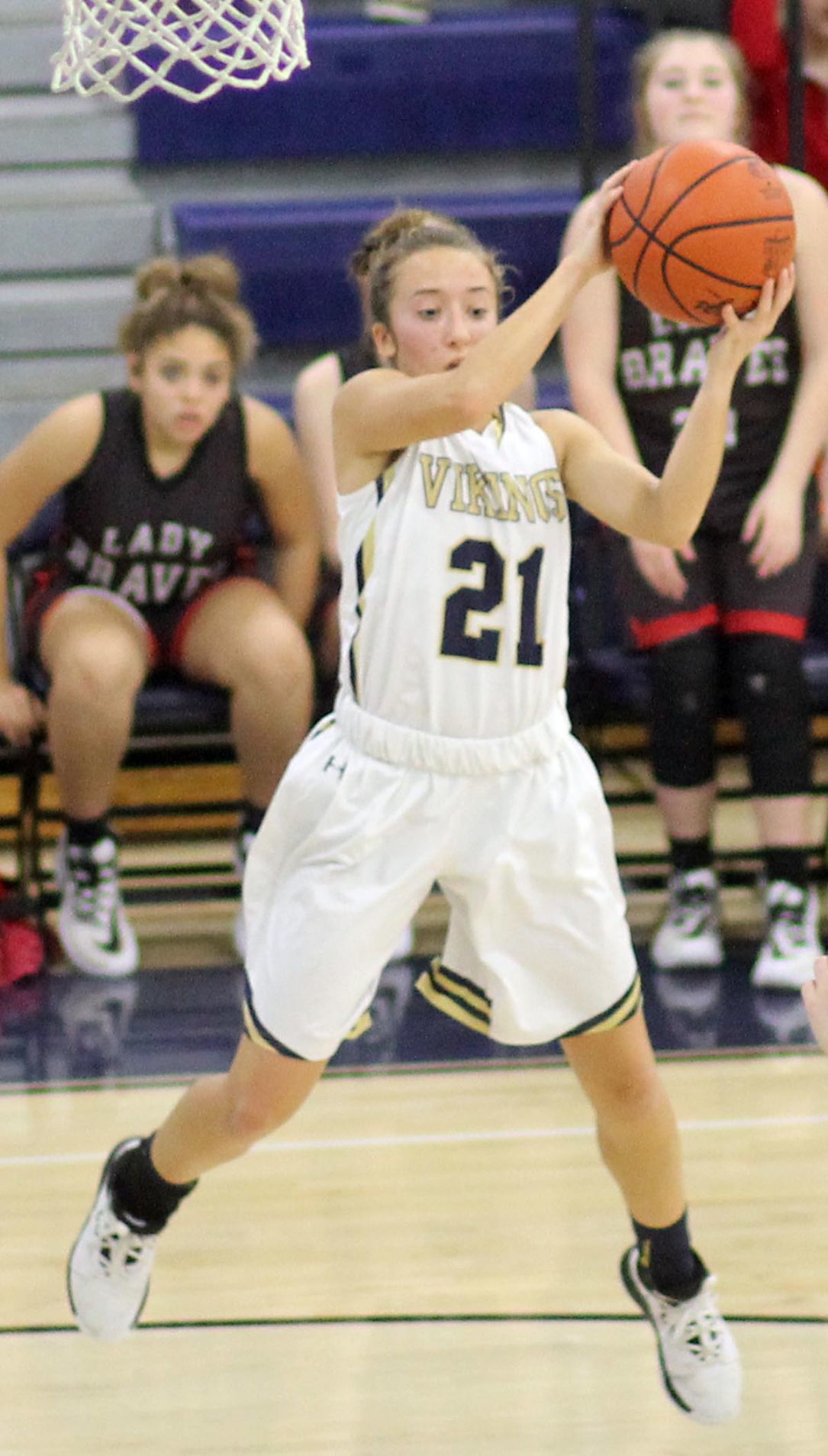 Logan Elm’s Riley Schultz lays in two points on Friday in a 44-36 win over Teays Valley.

Teays Valley’s Ashley Deweese hits a floater for two of her game-high 22 points on Friday against Logan Elm.

ASHVILLE — It’s no secret when an opponent plays the Logan Elm girls basketball team that they always try to take away senior guard Abby Hatter.

“We know that’s going to happen every time we take the floor,” Logan Elm coach John Denen said. “I’ve been coaching here for three years and this is the best Abby has played for us. We’re using her to handle the basketball more and doing some different things, and she’s also stepped up her defense which is going to help her at the college level.

“We’re becoming more balanced on offense and having more weapons as we’ve progressed through the season. Ashton Fox and Karlee Thomas really stepped up at critical times this evening. In other games, it’s been kids like Riley Schultz, Megan Diehl or Brynn Griffith. That’s making us a harder team to defend.”

The Braves turned to contributions at key times from both Fox and Thomas on Friday to capture a 44-36 Mid-State League Buckeye Division win over host Teays Valley.

Logan Elm took the lead for good during a 10-0 run in the second quarter, powered by Hatter scoring three points both the easy and hard ways and also adding a steal and layup. Fox closed the run with a layup and then added two more baskets later in the quarter to send the Braves into halftime with a 24-14 lead.

“Teays Valley likes to spread the floor with its guards and is good at shooting the three, so we knew we could only play one of our post players at a time to matchup defensively,” Denen said. “Ashton worked hard and really led us during different spans of the game and then Brynn did a nice job on the boards.”

Fox and Hatter both accounted for eight points during the quarter, with Fox hitting 4 of 5 (80 percent) shots and Hatter connecting on 3 of 5 (60 percent) attempts.

The Braves extended their to 39-24 early in the fourth quarter on a three-pointer by Schultz, but were held to just one field goal in the closing 6:42 — a layup by Schultz.

During the drought the Braves made five consecutive turnovers and had seven total, giving the Vikings an opening that sophomore point guard Ashley Deweese was obliged to exploit.

“We’re still learning how to close games,” Denen said. “We had some rough patches down the stretch that we’ll learn from.”

Deweese scored seven straight points to trim the deficit down to eight. The Vikings made it a two-possession game with 1:12 remaining when Megan Bush scored on a layup to make it 41-36.

“Ashley is a competitor, she works really hard and she gives us a lot of energy directing our offense,” Teays Valley coach Trevor Younkin said. “We struggled shooting the basketball, but Ashley kept her teammates up every time there was a break and she played well this evening. She shot the ball with confidence and she scored in different ways.”

Thomas halted the momentum by draining a pair of free throws to make it a three-possession game again for the Braves and later split another pair.

“We needed those free throws and Karlee stepped up and was clutch,” Denen said.

The Vikings had their final three possessions end in a pair of turnovers and a missed shot.

“We’ve been battling some flu and other sickness, and Megan stepped up not feeling very well at all and gutted it out,” Denen said. “I also felt Sydney gave us some energy at different times and did a nice job of finding Ashton in the post.”

Deweese poured in a game-high 22 points for the Vikings and Jenna Horsley followed with four.

“Logan Elm did a nice job defensively on us,” Younkin said. “Normally we shoot the three pretty decently, but the threes we got tonight weren’t really in the flow of our offense and were contested. Logan Elm’s size also made a difference on the block.”

The Vikings (4-9, 1-7) host Dublin Coffman this afternoon for a non-league game. The Braves (8-6, 3-5) continue league play on Tuesday when they entertain Bloom-Carroll.