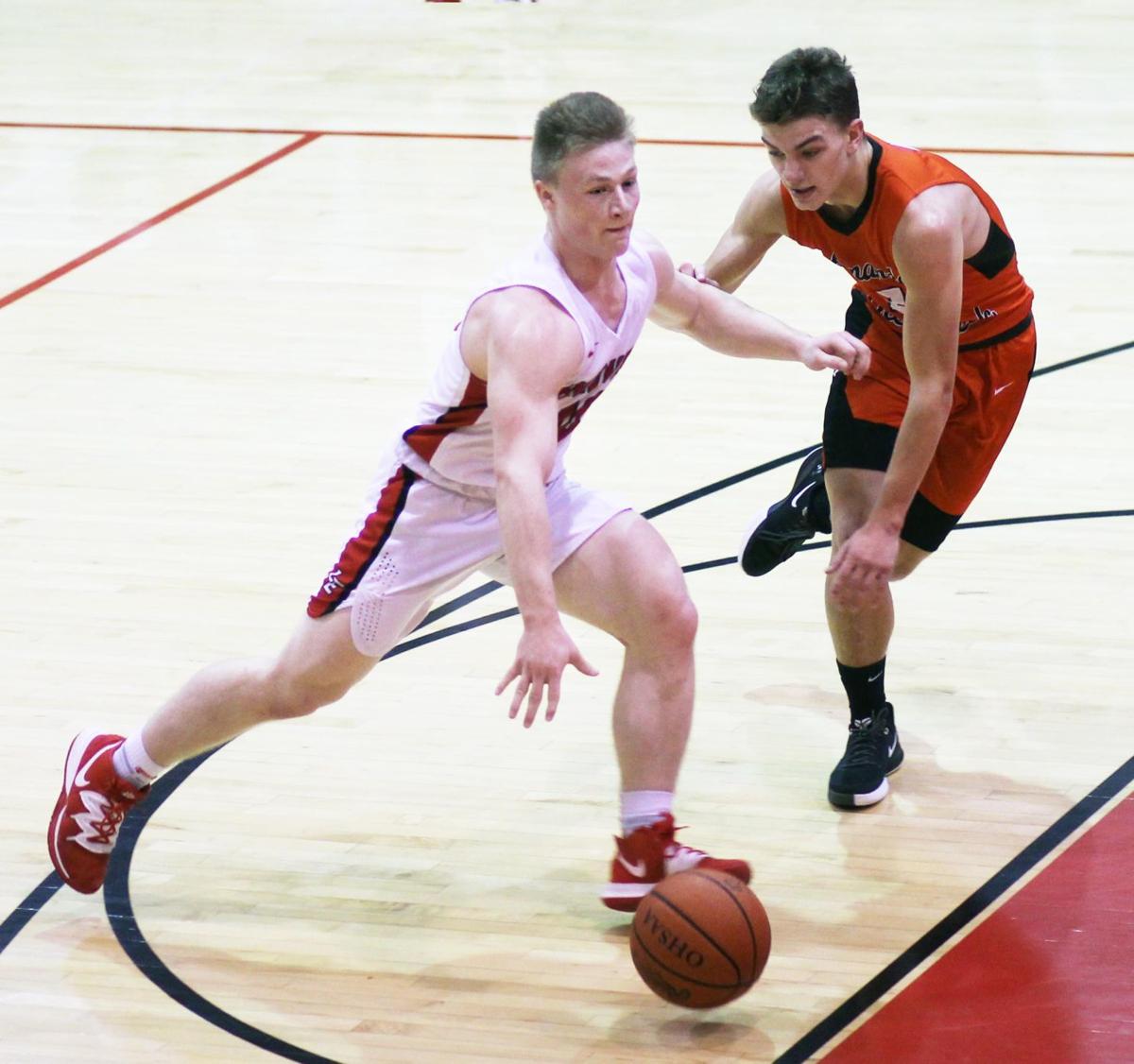 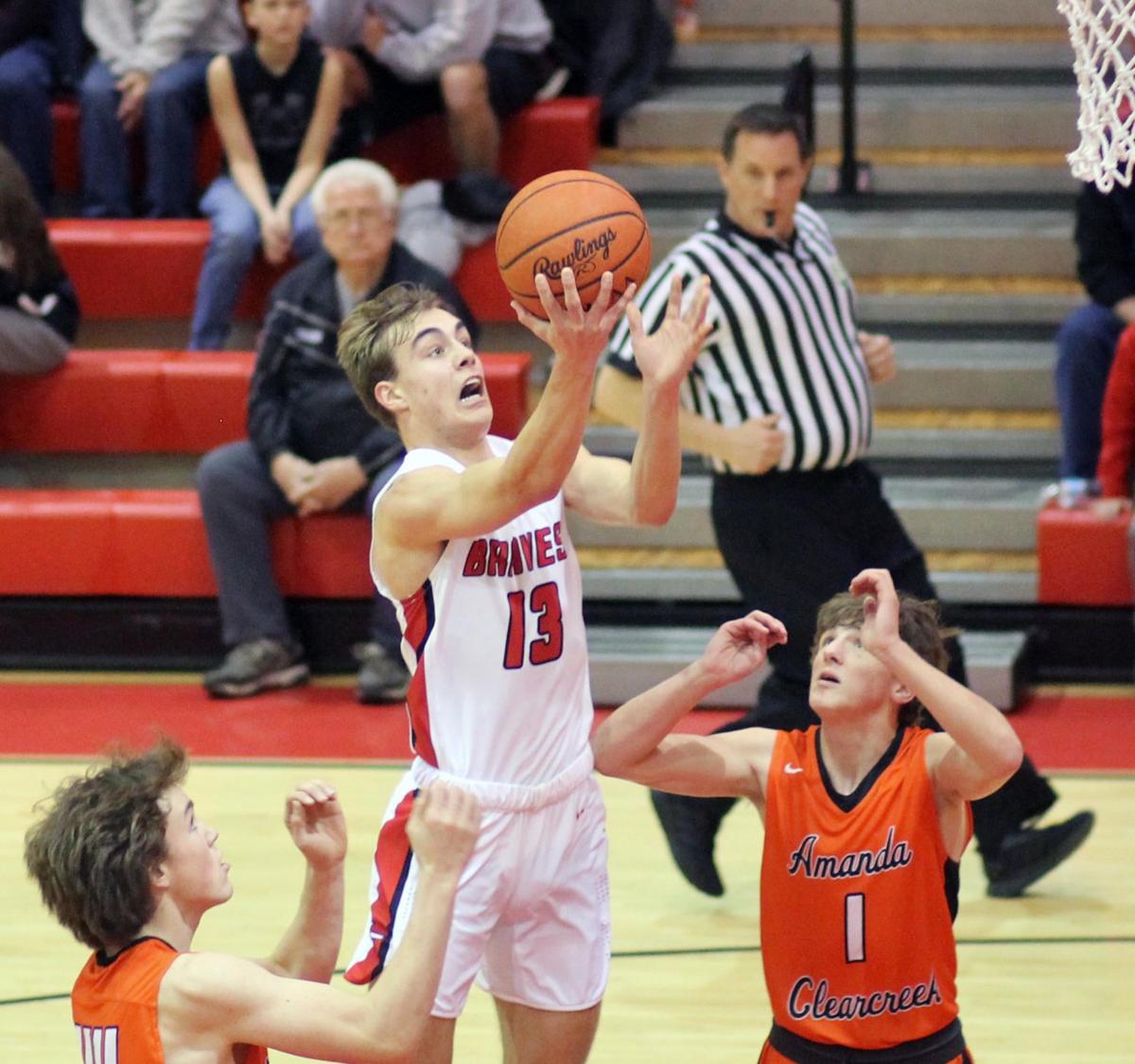 Logan Elm’s Gabe Chalfin scores two of his 14 points on Saturday in a 55-47 win over Amanda-Clearcreek. 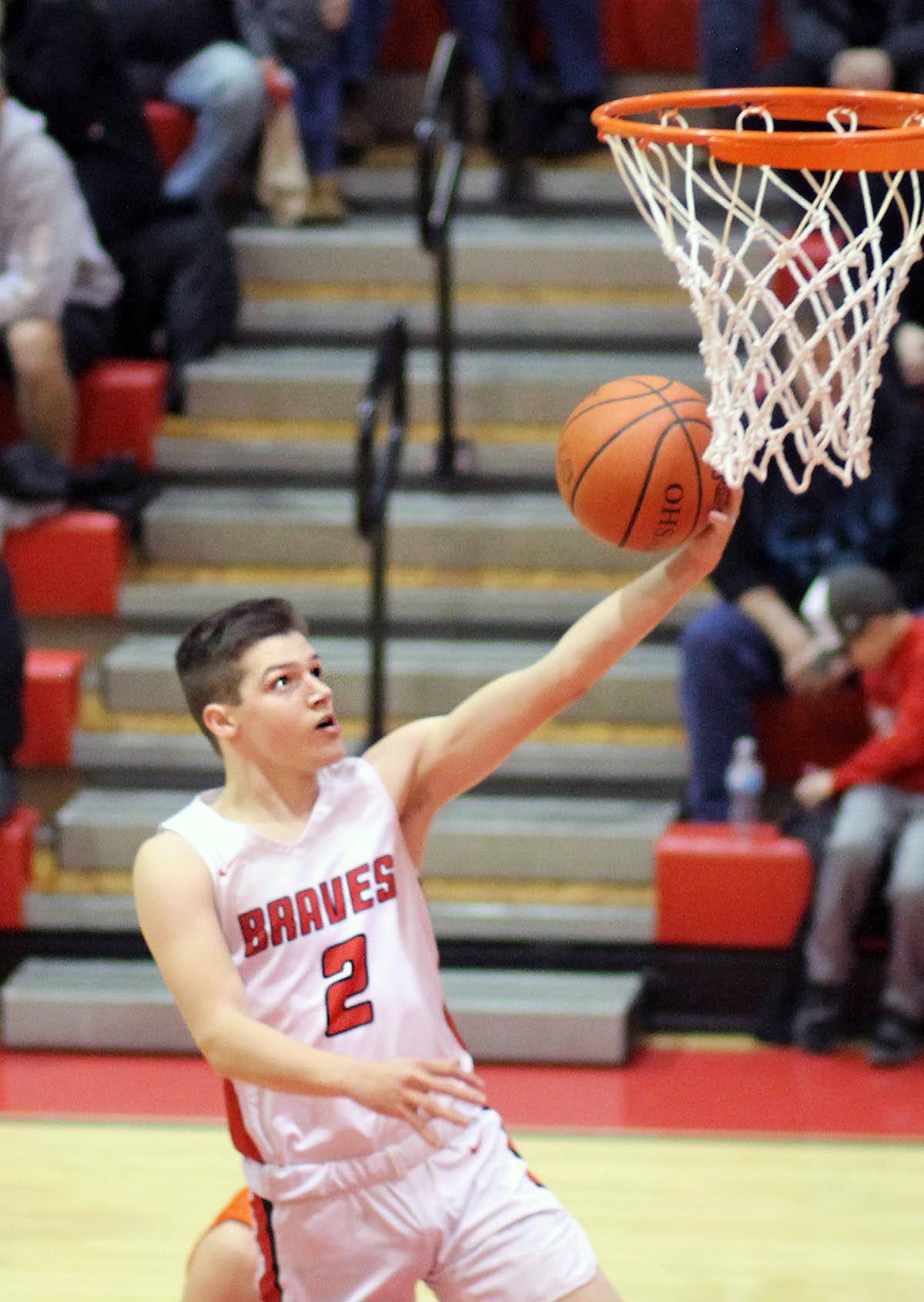 Logan Elm’s Jeremy Wietelmann lays in a pair of points. 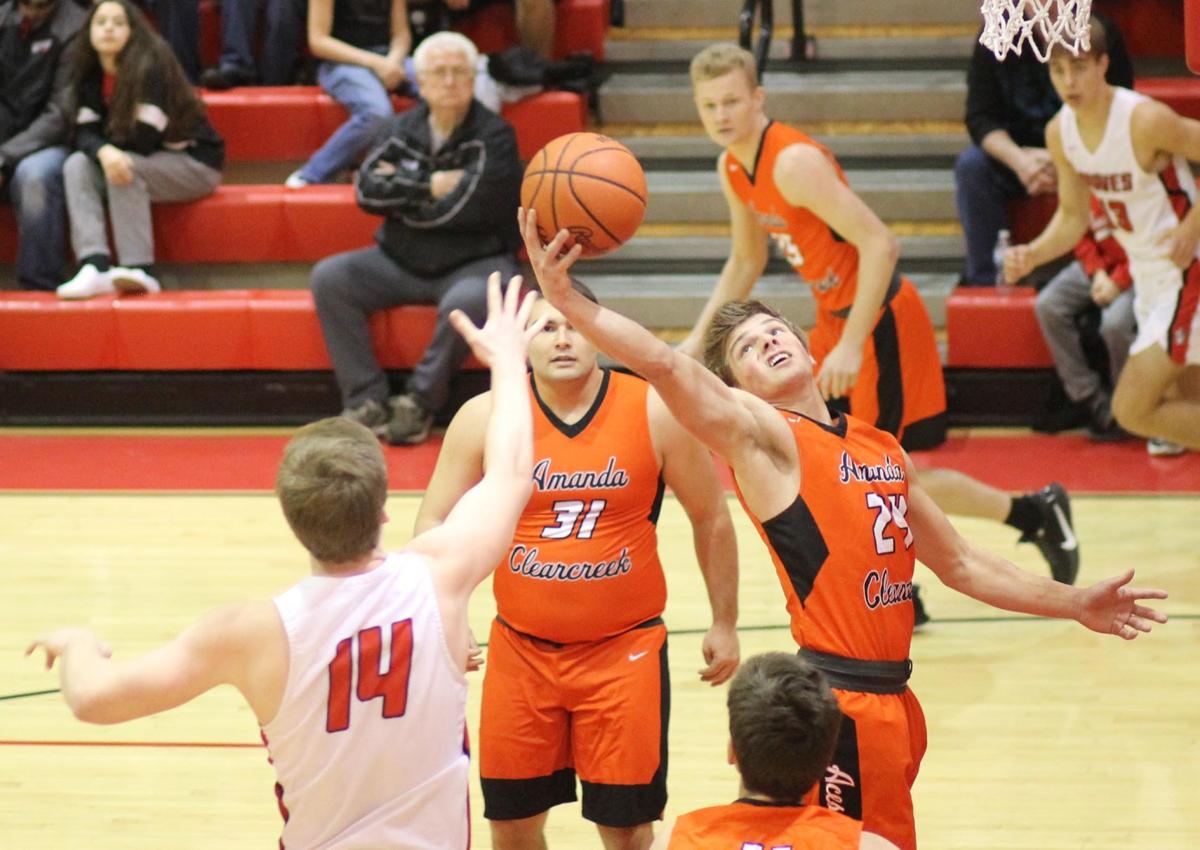 Amanda-Clearcreek’s Jayse Miller hauls in a rebound on Saturday against Logan Elm. 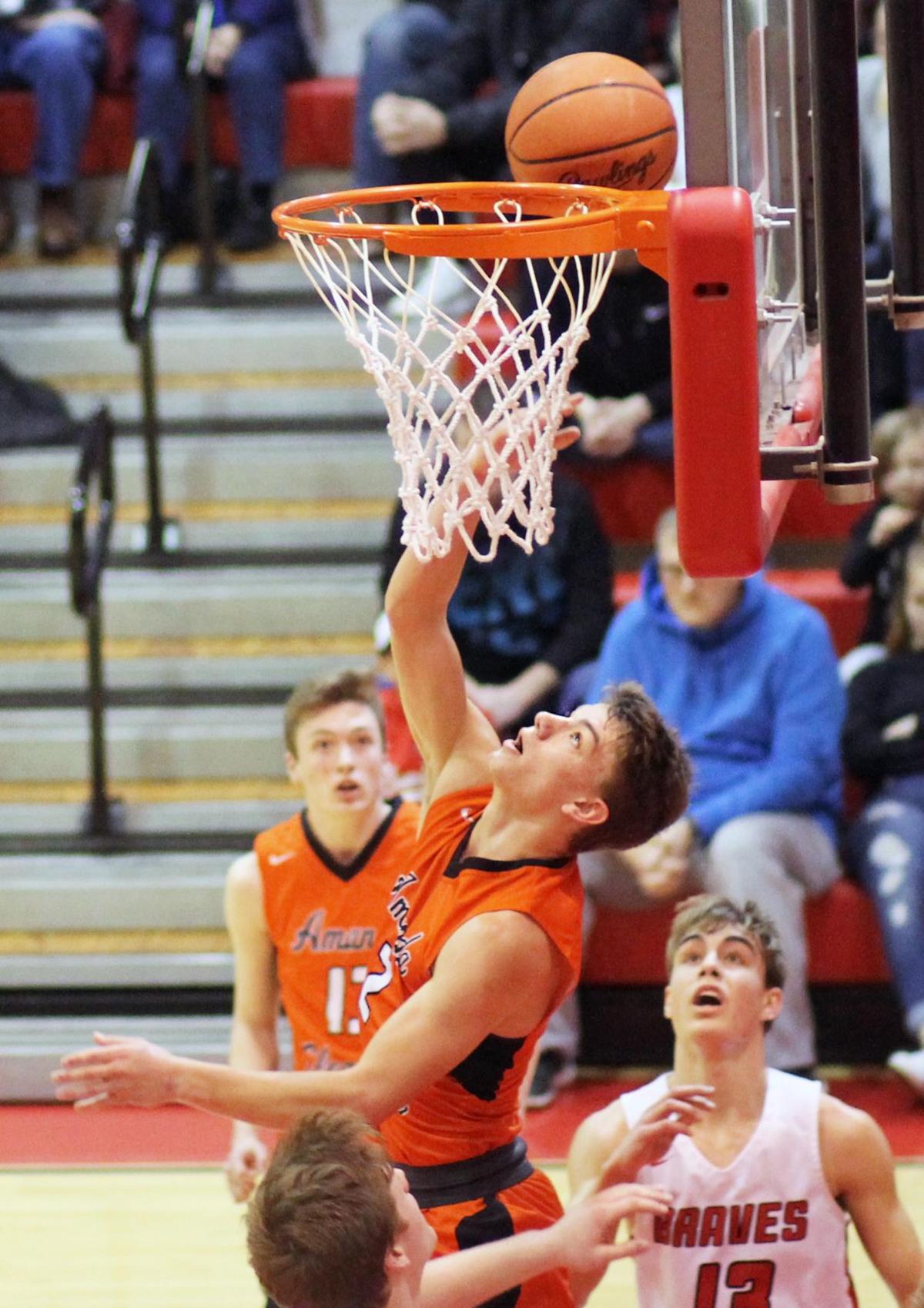 Amanda-Clearcreek’s Peyton Madison scored a game-high 24 points on Tuesday in a 65-61 win over Liberty Union.

Logan Elm’s Gabe Chalfin scores two of his 14 points on Saturday in a 55-47 win over Amanda-Clearcreek.

Logan Elm’s Jeremy Wietelmann lays in a pair of points.

Amanda-Clearcreek’s Jayse Miller hauls in a rebound on Saturday against Logan Elm.

Amanda-Clearcreek’s Peyton Madison scored a game-high 24 points on Tuesday in a 65-61 win over Liberty Union.

Logan Elm rebounded from a slow start on Saturday with a pair of strong quarters on its way to a 55-47 Mid-State League Buckeye Division win over visiting Amanda-Clearcreek.

Jason Sailor was 9 of 12 (75 percent) from the field and led all scorers with 21 points to go with four rebounds for the Braves. Isaac Ward contributed 16 points and Gabe Chalfin chipped in 14 points, four rebounds and a pair of steals.

Fives points apiece from Jesse Connell and Peyton Madison allowed the Aces to get off to a good start and claim a 10-0 lead less than four minutes into the game.

The Braves responded after a timeout and withered its deficit down to just 12-11 going into the second quarter, led by Ward contributing five points.

“We’ve been having trouble in our last few games of getting off to a slow start and that’s something we need to correct before tournament play,” Logan Elm coach Doug Stiverson said. “Our guys kept their composure and they kept working on executing the game plan, so we were eventually able to turn it around.”

Amanda-Clearcreek grabbed its final lead of the afternoon at 18-16, following a layup by Madison with 4:42 remaining before halftime.

Logan Elm closed the quarter on a 14-4 run — half of those points coming off of turnovers — and scored on its final six possessions of the first half. Sailor led the Braves with seven points during the surge and Chalfin added four that allowed Logan Elm to take a 30-20 lead into halftime.

“I was pleased with our intensity on defense, getting some stops, deflections and steals to get out in transition and get some easy points,” Stiverson said.

The Braves expanded their lead to as many as 14 points in the third quarter and eventually settled for a 45-33 advantage going into the final stanza. Sailor was 5 of 6 (83.3 percent) shooting during the quarter and paced the Braves with 11 points.

“Jason really carried us in the third quarter and had a good afternoon overall,” Stiverson said. “He not only scored for us, but he scored in different ways of getting to the basket, hitting a three and also hitting a couple of jumpers. That’s impressive, because he expends a lot of energy playing hard on both ends of the floor.”

Amanda-Clearcreek made a final run at the Braves and trimmed its deficit to 47-41 with 1:30 remaining after a layup by Jeff Bolin.

That’s as close as the Aces came for the remainder of the afternoon, as a layup and two free throws from Chalfin and four free throws courtesy of Ward allowed the Braves to secure the win.

Logan Elm was a perfect 8 of 8 at the charity stripe in the final stanza, while Amanda-Clearcreek was just 2 of 5 (40 percent).

“We want to get the basketball into the hands of our good free throw shooters down the stretch,” Stiverson said. “Isaac is shooting close to 87 percent at the free throw line and then Gabe just seems to have a knack for making key baskets and free throws when we need them.”

“It’s about preparing for the tournament right now,” Stiverson said. “This was a rivalry and a good physical game to play. We’re have another rivalry game on Tuesday against Circleville and then finish it off on Friday against Liberty Union, which has been a dangerous team this season with their ability to score the basketball.”

Tanner Holbert paced the Braves with 23 points and Xavier Kellough chipped in seven.