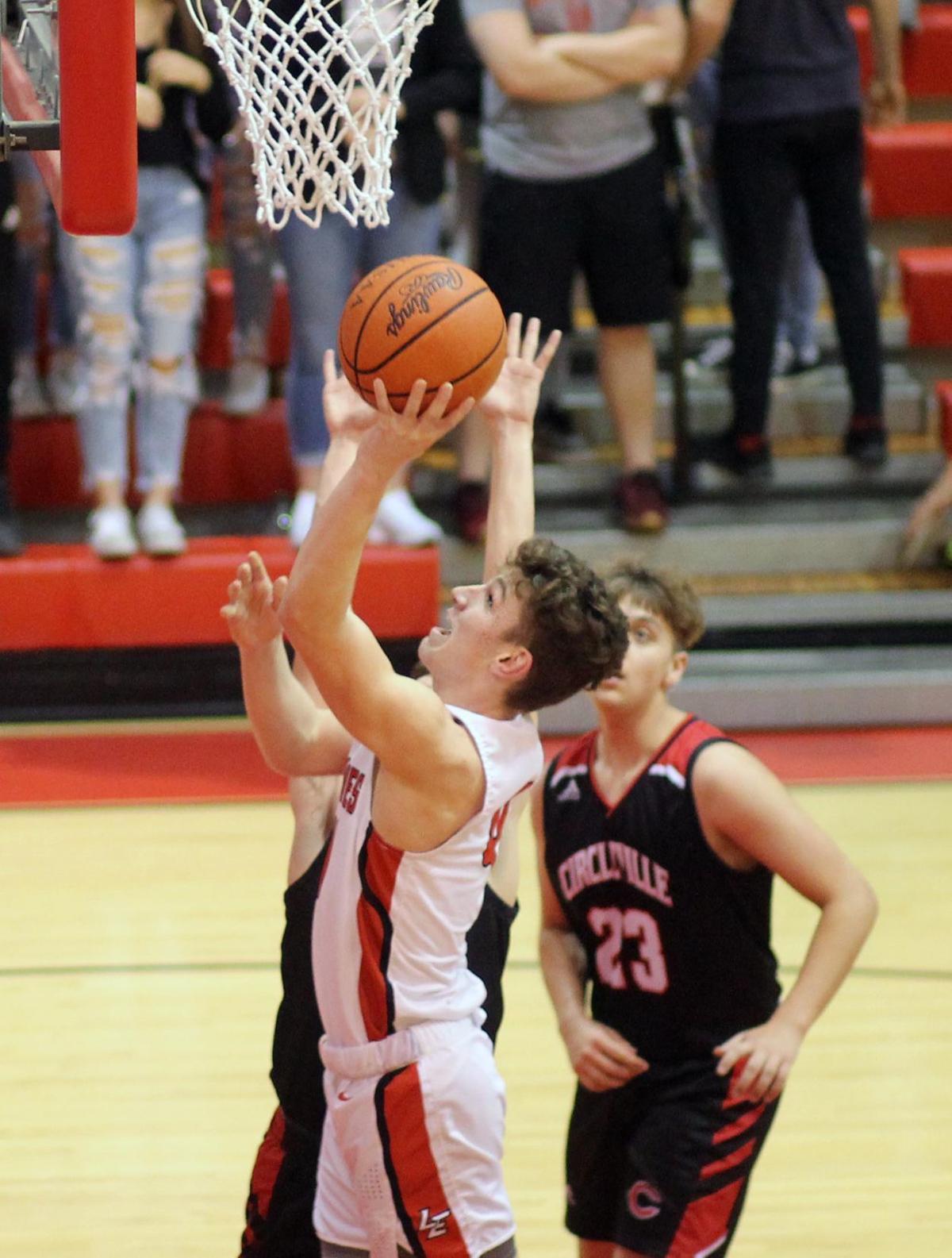 Logan Elm’s Isaac Ward scored a game-high 22 points on Saturday in a 51-40 win over Circleville. 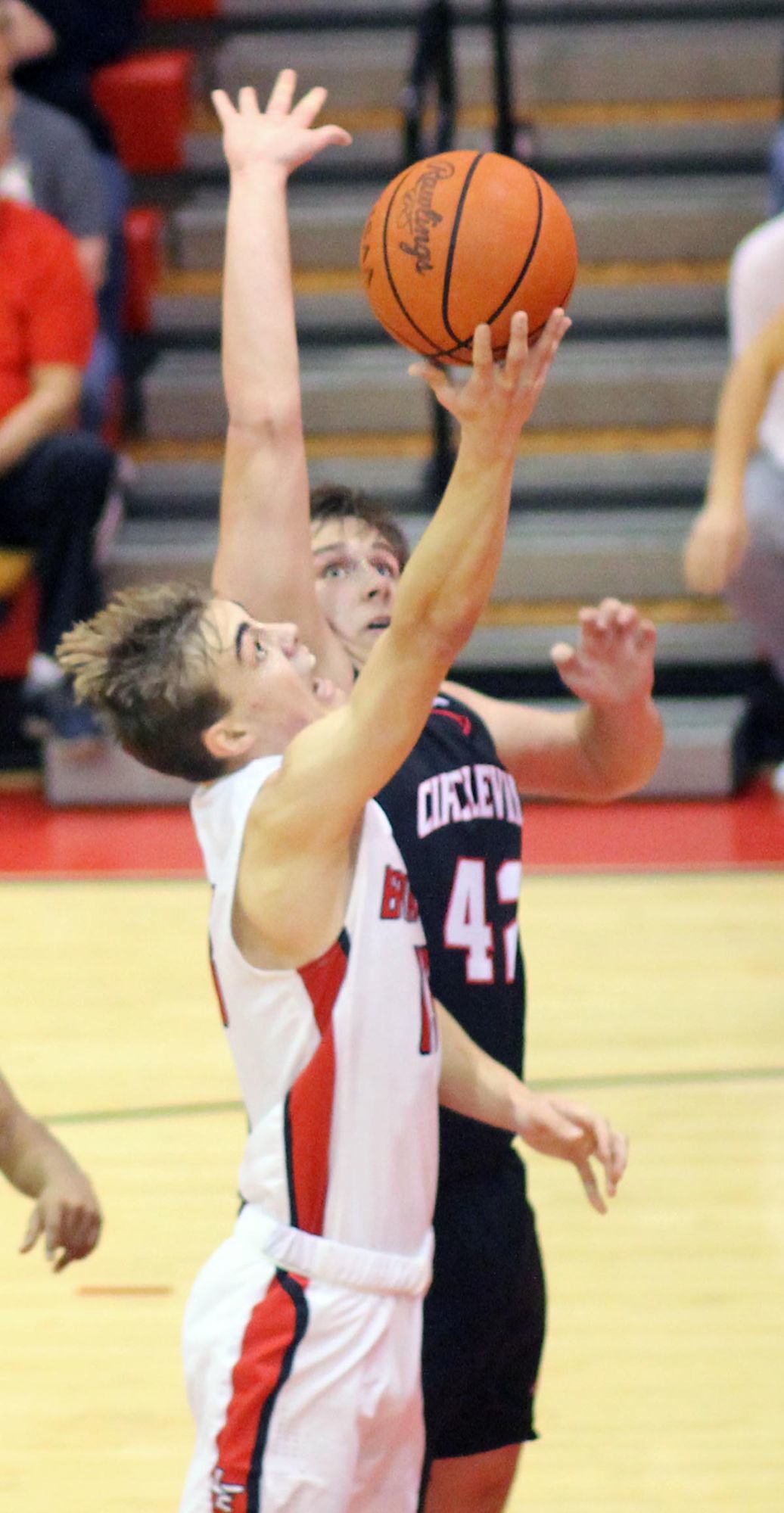 Logan Elm’s Gabe Chalfin lays in two of his 11 points on Saturday against Circleville. 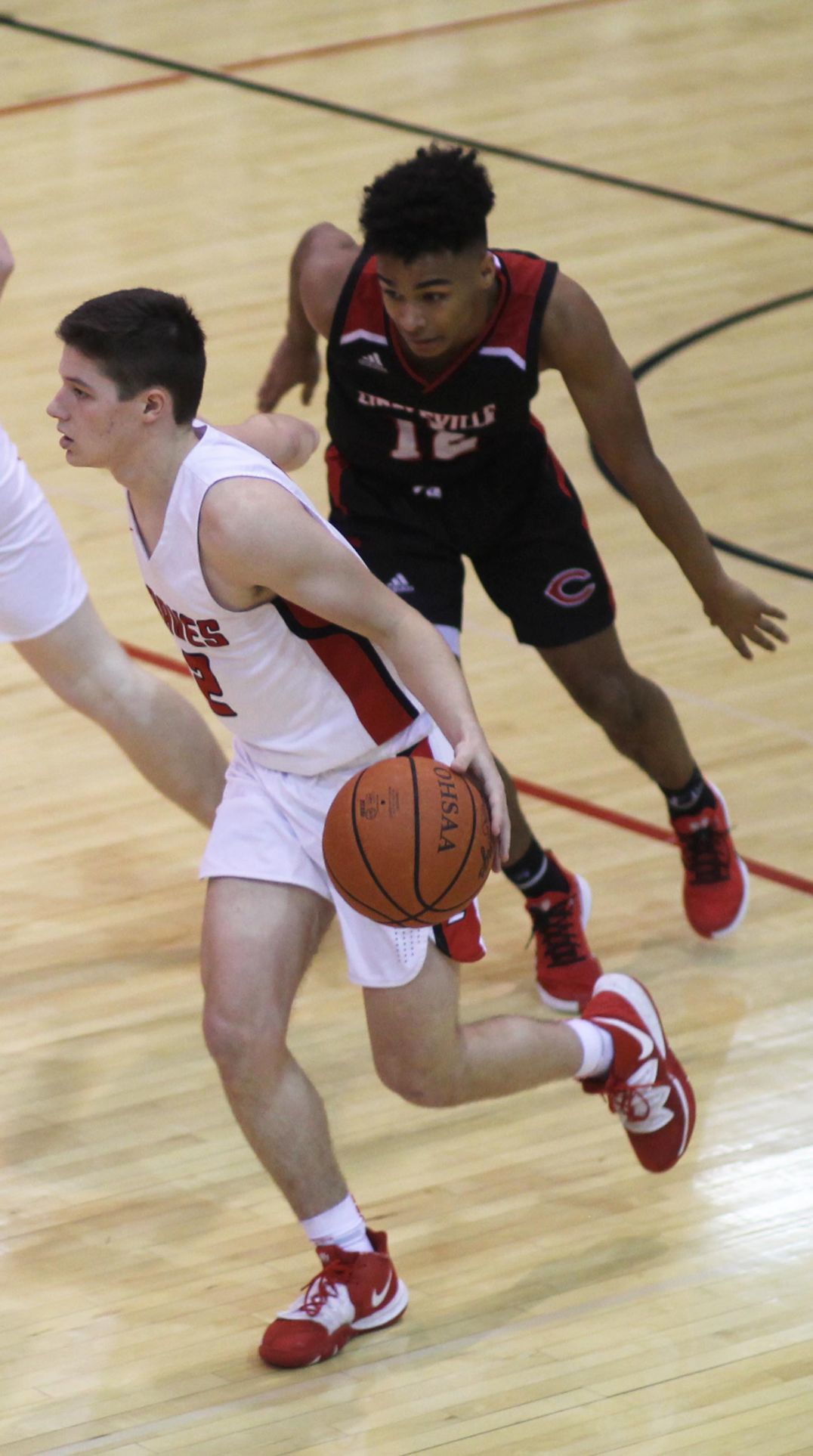 Logan Elm’s Jeremy Wietelmann uses a screen to get past Circleville’s Brandon Parr. 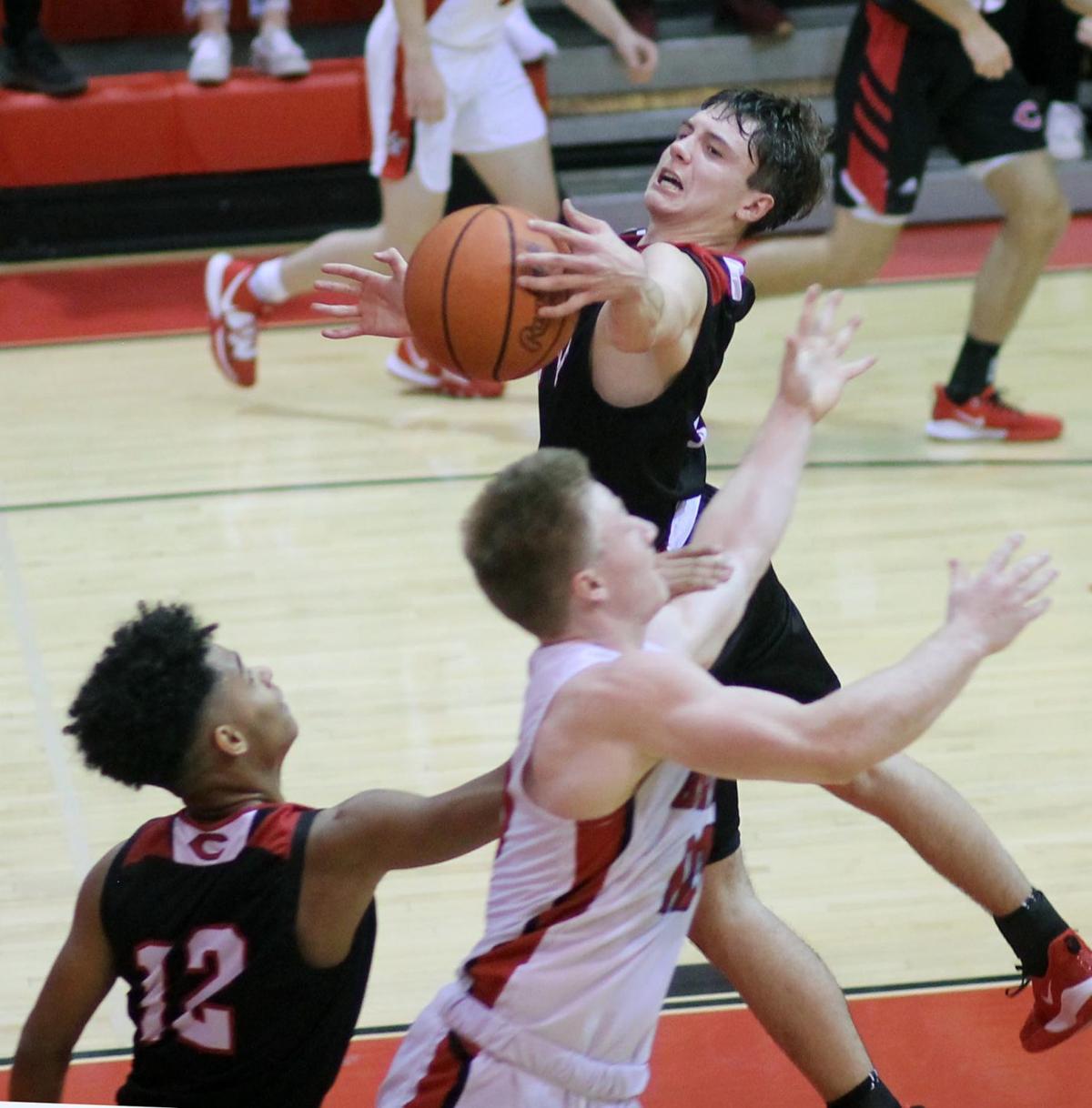 Circleville’s Riley Gibson grabs a rebound during the second half.

Logan Elm’s Isaac Ward scored a game-high 22 points on Saturday in a 51-40 win over Circleville.

Logan Elm’s Gabe Chalfin lays in two of his 11 points on Saturday against Circleville.

Logan Elm’s Jeremy Wietelmann uses a screen to get past Circleville’s Brandon Parr.

Circleville’s Riley Gibson grabs a rebound during the second half.

It took Logan Elm less than two minutes to change the complexion of a Mid-State League Buckeye Division game on Saturday afternoon to post a 51-40 win over visiting Circleville.

The Braves were clinging to just a two-point lead late in the third quarter, following a three-pointer by Circleville’s Brandon Parr, but answered by scoring on their final three possessions of the period.

Jason Sailor started the quick spurt by draining a pair of free throws, Luke Baldwin then knocked down a three-pointer from the right wing and Isaac Ward finished the run with an old-fashioned three-point play to give the Braves a 41-31 lead going into the fourth quarter.

“We started trusting each other more and we moved on the floor better than we did for most of the first half,” Ward said. “We were able to create some good shots with our ball movement.”

The Braves had opened the afternoon by scoring on their first four possessions to take an 11-1 lead. The run featured a pair of threes from Ward and Jeremy Wietelmann and a three-point play courtesy of Ward, but coach Doug Stiverson felt like his team went away from what led to that early success.

“We came out and moved the basketball well and attacked the basket when we had opportunities,” he said. “After our run to open the game, we started settling for shots after one or two passes, and that’s not what we are as a basketball team.

“When our guys showed more patience again later in the third quarter we were able to have the type of success offensively that we had earlier in the game.”

Back-to-back layups from Gabe Chalfin and Ward extended the Braves’ lead to 48-35 midway through the fourth quarter as they went on to wrap-up their second consecutive Pickaway County public school championship.

“It’s always one of our goals to win the county, because the kids and coaches know each other pretty well and we enjoy competing against each other,” Stiverson said.

Circleville coach Cody Carpenter was pleased with the way his team competed, but went back to that quick spurt the Braves put together as being the difference in the game.

“Our kids grew up and we took some steps forward as a basketball team,” he said. “They played with great energy and intensity for 30 minutes but it’s a 32-minute game, and that was the difference.”

“My teammates trusted me with the basketball and my shot came pretty easy when we moved the basketball like we did to start the game and then later in the third quarter,” Ward said.

Gibson paced the Tigers with 17 points, all scored in the first three quarters, and also pulled down six rebounds. Parr followed with nine points and Craig Fleck added eight.

“I felt we guarded Riley pretty decently during most of the game, but he’s a good player and good players are going to make tough shots,” Stiverson said. “We stopped switching on him in the fourth quarter and kept Jason Sailor defending him, and Jason did a nice job of staying with him and contesting everything.”

Both teams hit the road on Tuesday for non-league competition, as the Braves (8-4, 4-2) play their first game in Miami Trace’s new digs and the Tigers (2-9, 0-6) take on Huntington.

David Harden was 12 of 14 (85.7 percent) for a game-high 25 points, Tanner Holbert and Xavier Kellough followed with 12 apiece and Braylen Baker added 11.

Kaleb Nungester had six points to pace the Tigers.