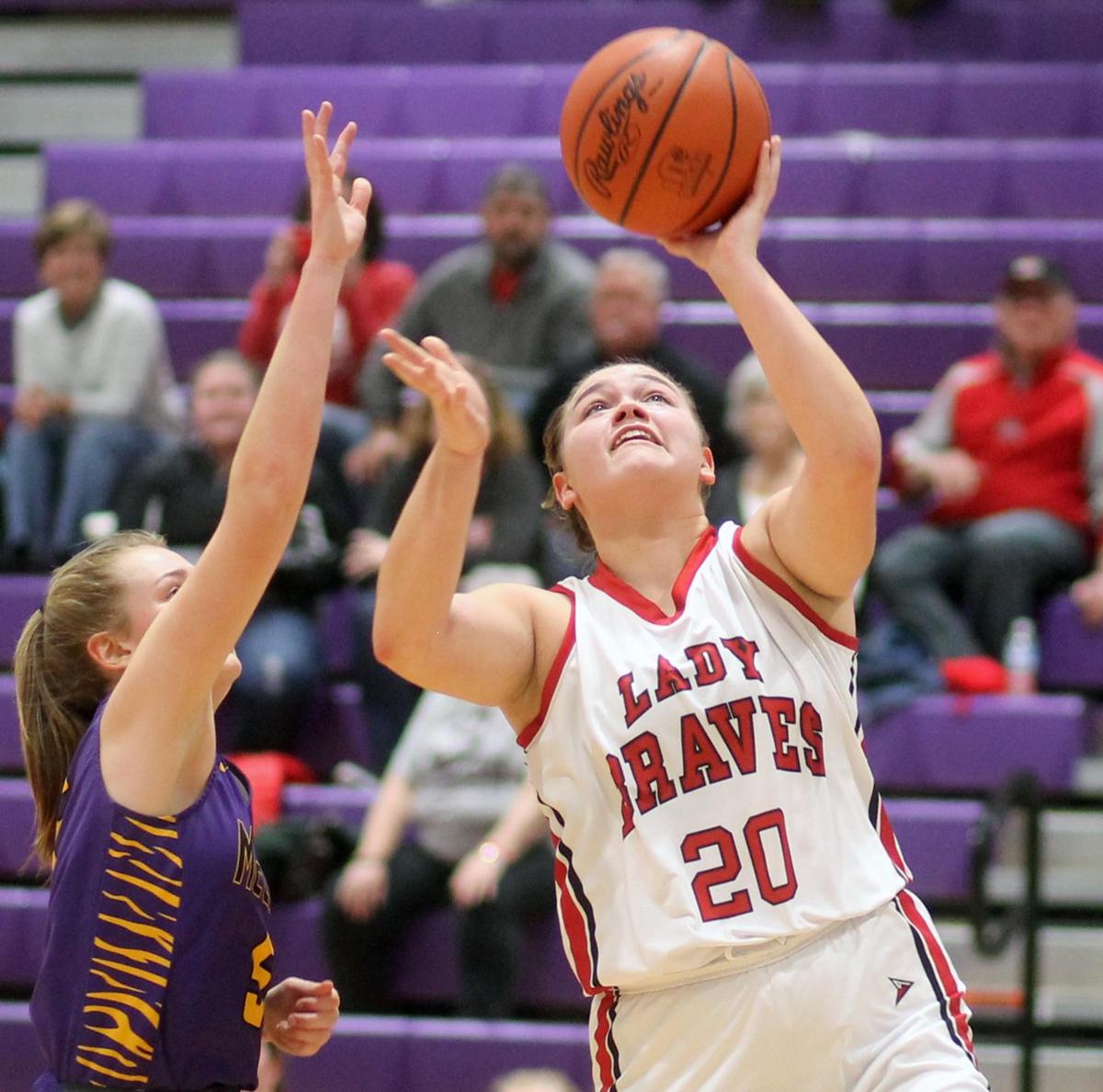 Logan Elm’s Megan Diehl scores during the third quarter of a 64-36 sectional final win on Thursday over McClain. 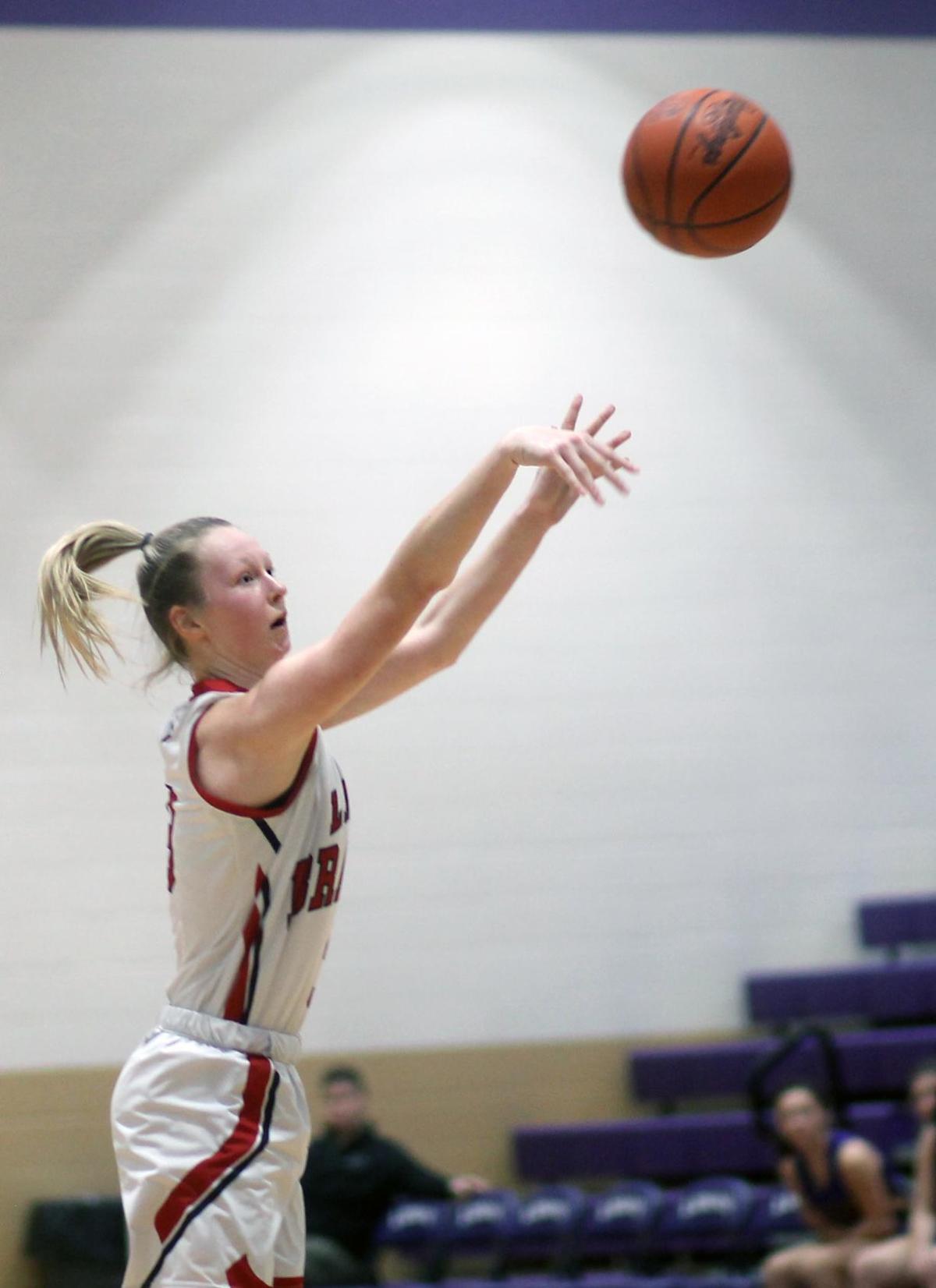 Logan Elm’s Abby Hatter drains a three-pointer on her way to 17 points. 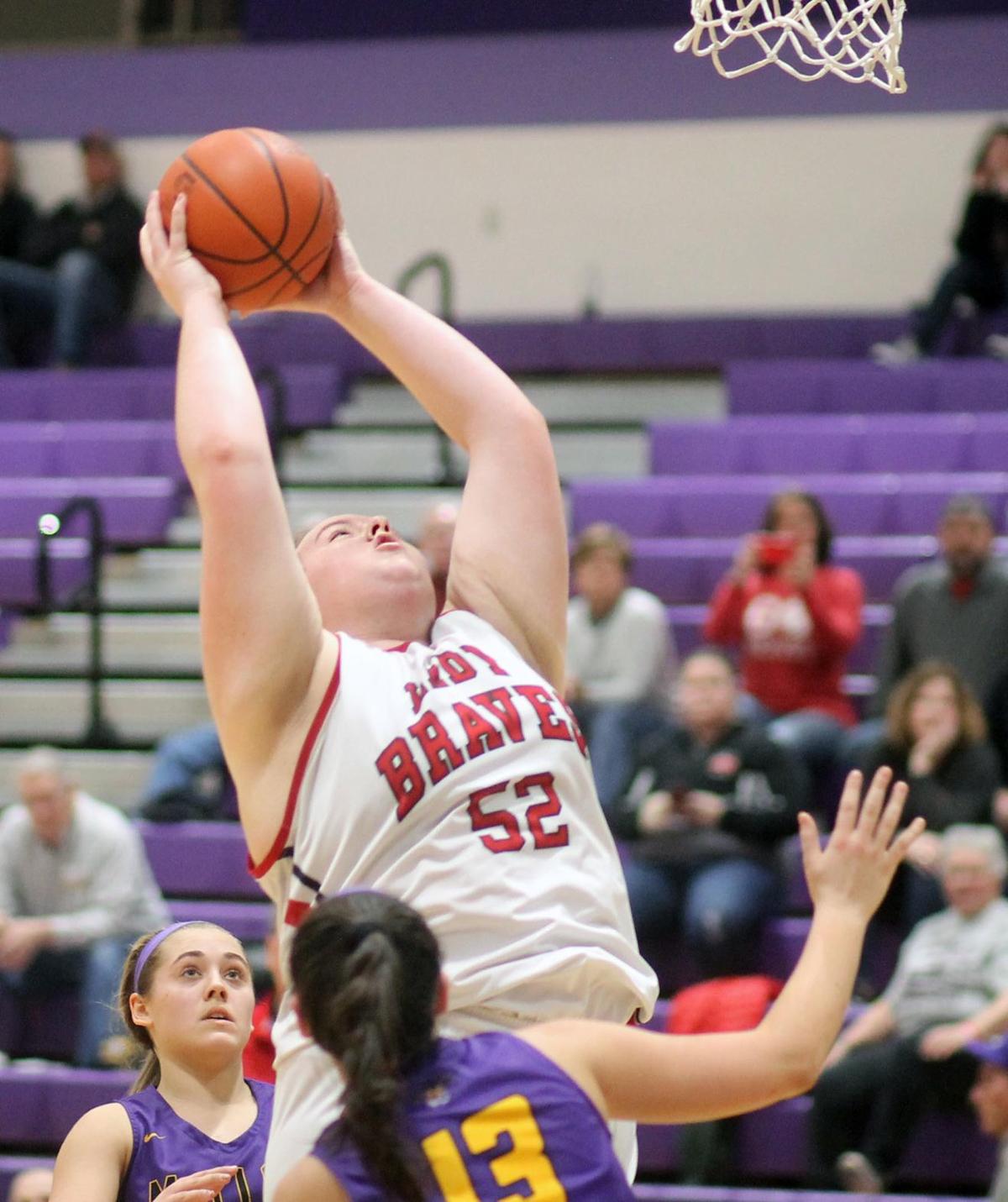 Logan Elm’s Brynn Griffith grabs one of her six rebounds. 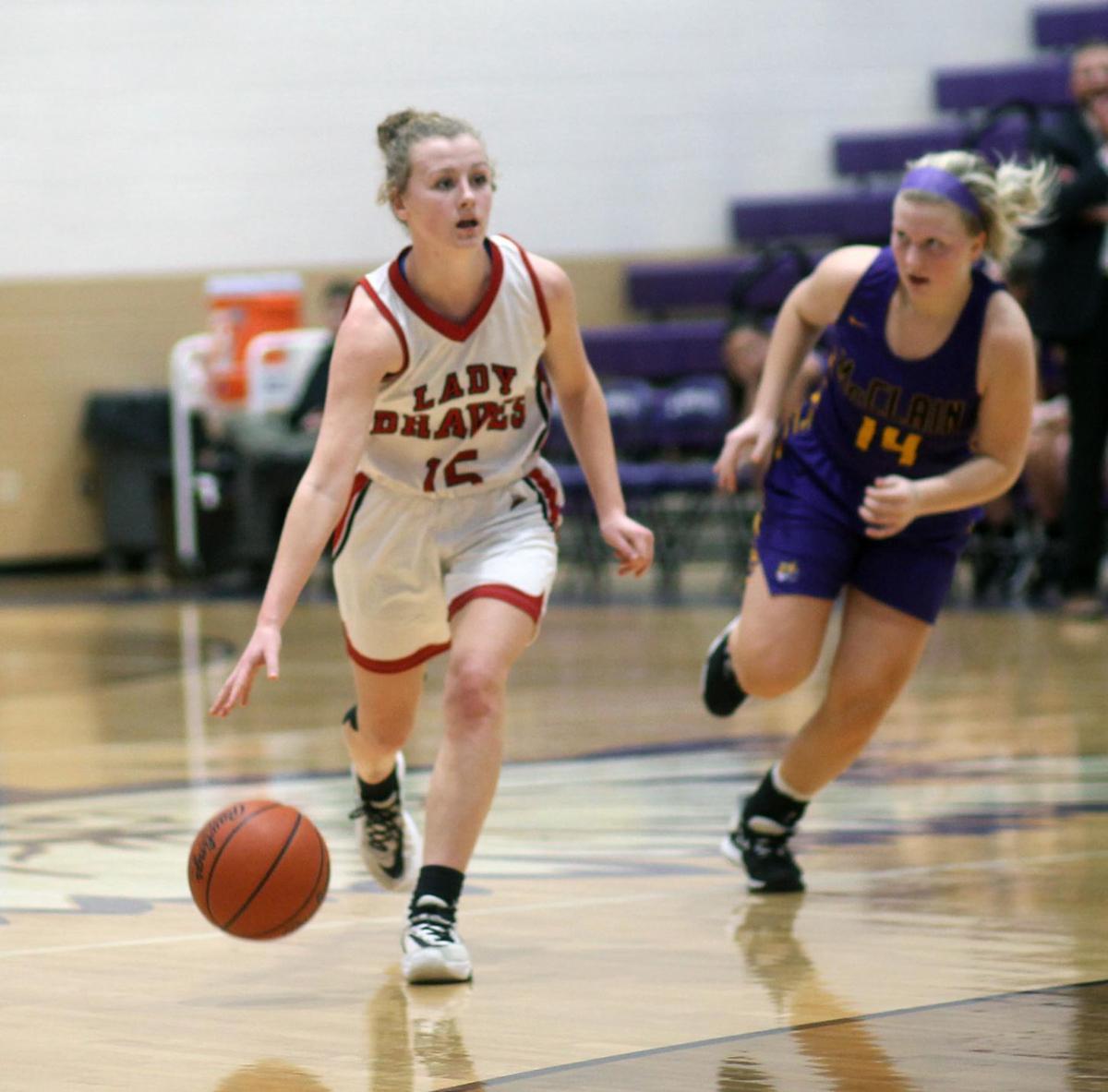 Logan Elm’s Megan Diehl scores during the third quarter of a 64-36 sectional final win on Thursday over McClain.

Logan Elm’s Abby Hatter drains a three-pointer on her way to 17 points.

Logan Elm’s Brynn Griffith grabs one of her six rebounds.

LOGAN — Only one thing could be sweeter than a box of chocolate on Valentine’s Day Eve for Logan Elm senior Abby Hatter.

A trip to the district tournament.

The Braves spread the floor on Thursday evening and used their height advance in the post to rout McClain 64-36 in a Division II Southeast District sectional final game inside Logan High School.

“This is something I’ve really wanted and the rest of our senior class has really wanted,” Hatter said. “It’s been awhile since Logan Elm has won a sectional (2014), so we wanted to get that done in our senior season.”

The Braves (15-8) reserved their spot next week inside Southeastern High School against undefeated Circleville by putting together one of their best performances of the season. Logan Elm dominated the glass with a 39-18 rebounding advantage over McClain and also forced 12 turnovers over the first three quarters of play.

“Our defense was really spot on,” Logan Elm coach John Denen said. “With our height advantage inside with Brynn Griffith and Ashton Fox, we were able to force McClain into lower percentage jumpers and three-pointers that we defended pretty well. We were able to hold them to one-and-done on almost all of their possessions, because our girls rebounded the ball very well. Megan Diehl was just incredible on the glass and she played a very unselfish game.”

The Braves scored the first six points of the sectional final, 10 of the first 11 and finished the first quarter with a commanding 20-7 lead.

Hatter led the way with 11 points on 4 of 5 (80 percent) shooting, including hitting the first four-point play of her career.

“We were able to get out in transition early and that messed McClain up defensively,” Hatter said. “We spread the court offensively, created good shots and we all felt confident shooting the basketball.

“It was awesome to finish the quarter with that four-point play. That’s the first time I’ve had one of those in high school and it was an energy builder for us.”

The Braves turned to the post in the second quarter, using six points from Griffith and four courtesy of Fox, to take a 35-17 lead into halftime.

“Brynn was an absolute beast on the block and then Ashton also gave us some pretty good minutes,” Hatter said. “That was the difference offensively, because we could always work the ball inside and Brynn and Ashton also hit a few putbacks.”

Logan Elm didn’t let up in the third quarter. In fact, the Braves put together their best period of play, shooting 11 of 18 (61.1 percent) from the field and out-rebounding the Tigers 13-5.

“We talked about at halftime of coming out and playing a strong first four minutes, but our girls did much better and gave us eight pretty solid minutes,” Denen said. “Abby Hatter and Riley Schultz did a nice job with the basketball and we were able to create a lot of quality shots with our spacing and ball movement.”

Schultz paced the Braves with nine points in the quarter and Griffith added eight. Logan Elm took a 60-25 lead into the fourth quarter, with over half of the period played with the continuous running clock with the Braves enjoying a lead of 30 points or more.

Griffith was an unstoppable 9 of 10 (90 percent) from the field to lead all scorers with 18 points. She also added six rebounds. Hatter followed with 17 points, six assists and four rebounds, Schultz had 12 points and four assists, and Diehl pulled down 15 rebounds to go with four assists and a basket.

“Our league prepared us for this game,” Denen said. “When you face and quality players and coaches that we have in the MSL, it gets you ready to play at a high level like our girls did tonight.”

Emma Stegbauer had seven points to lead the Tigers.

Logan Elm will now prepare for its third meeting of the season with Circleville (23-0), a 61-34 winner last night over Athens. Tip-off is scheduled for Thursday at 6:15 p.m.

Sorry, there are no recent results for popular articles.

Sorry, there are no recent results for popular images.