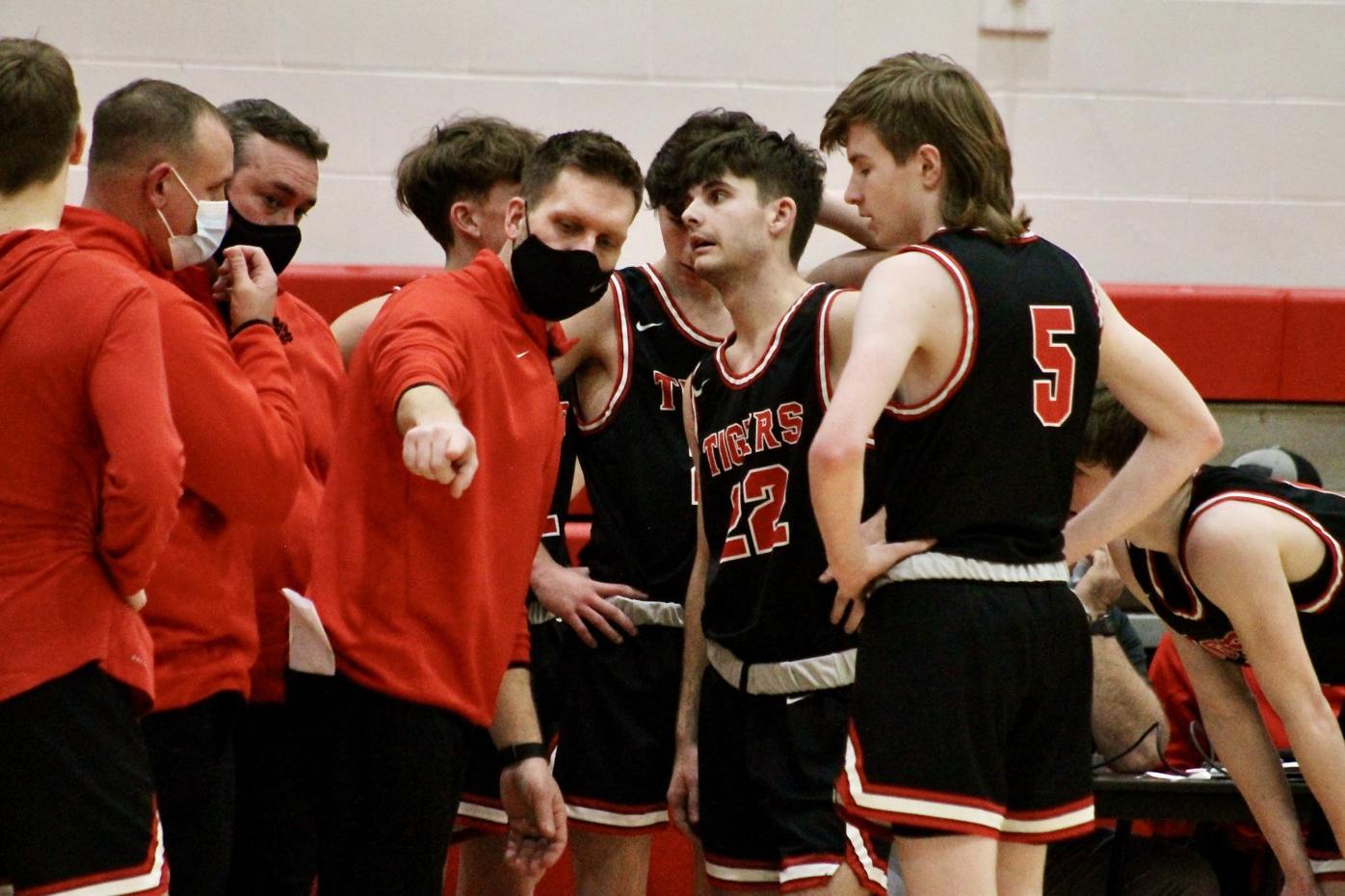 The Circleville Tigers talk things over during a game against Logan Elm earlier in the season. 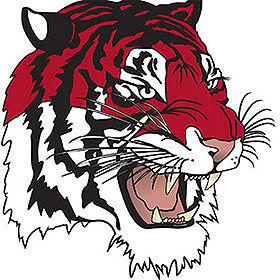 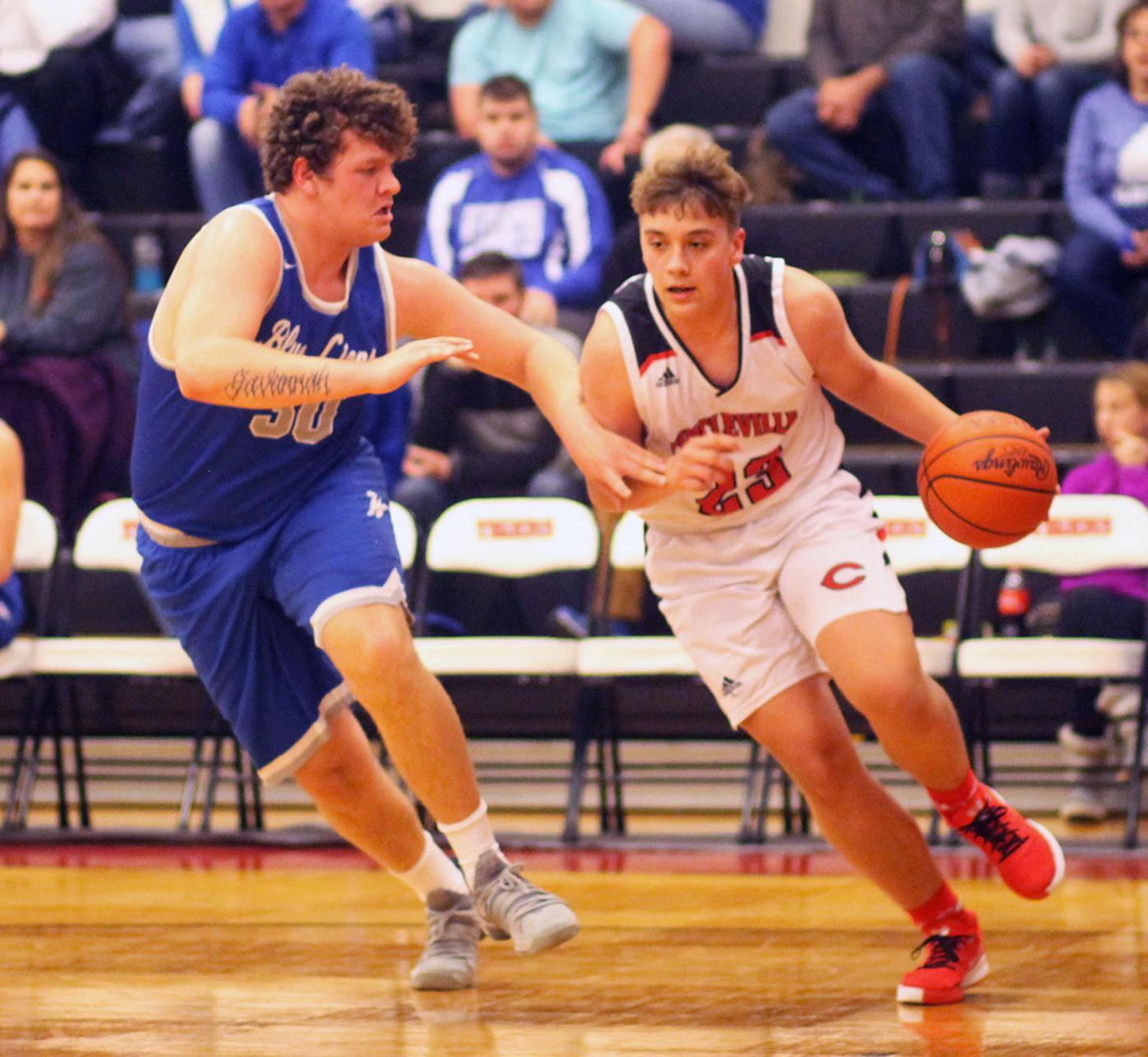 Circleville’s Craig Fleck looks to get around Washington Court House’s Trevor Rarick in a game during the 2019 matchup.

The Circleville Tigers talk things over during a game against Logan Elm earlier in the season.

Circleville’s Craig Fleck looks to get around Washington Court House’s Trevor Rarick in a game during the 2019 matchup.

CIRCLEVILLE — In the first round of the OHSAA state tournament, the Circleville Tigers competed against the Washington High School Blue Lions at home Saturday night. After falling behind early on, one Tiger’s 24-point game was not enough to win at home as the final score would amount to 62-54.

Going into the weekend matchup, Washington High School was ranked just one seed above Circleville (17).

At the start of the sectional semifinal game, Circleville quickly got out to a rough start and trailed the Blue Lions at the end of the first quarter 24-16. Washington’s No. 3 Karson Runk and No. 10 Raleigh Haithcock would go on to score a pair of 3 pointers each.

The Tigers were also able to dish the ball out beyond the arc in the first quarter. In total, there were five 3-point field goals for the home team, two of which coming from No. 23 Craig Fleck.

At the start of the second quarter, the Tigers attempted to correct past mistakes as well as missed opportunities. However, the visiting Blue Lions did not let off the gas pedal, scoring an additional 17 points in the second.

While the defense improved, the offensive side of the Tiger’s game plan was not enough to overtake the lead. In the second quarter, the Tigers would go on to score 10 points.

At the conclusion of the half, the score would be 41-26 — Blue Lions lead.

Now down by double digits, Circlelville came out of the halftime regrouping with a full head of steam. Leaving off were he started in the first half, Fleck scored another pair of 3-point field goals for the Tigers. Other 3-point field goals were contributed by teammates No. 21 Preston Hulse and No. 11 Briley Cramer in the third quarter.

On the Blue Lions side of the court, the visiting team became less consistent on offense as the night progressed. Scoring just 12 points to Circleville’s 18 in the quarter, most of the team’s points came from No. 4 Macai Claggett (7) who also recorded 14 points in the first half.

At the end of the third quarter, the score would be 53-44 — Tigers no longer lead by double digits.

In the final corner, the Blue Lions hot streak on offense seemingly dissipated in the last moments. In their lowest scoring quarter, the visiting team only tallied just nine points in the fourth. For Circleville, the offense was able to put up 10 points, but would not be able to overcome their halftime deficit.

Throughout the duration of the fourth, the Tigers were able to get the Blue Lions lead down to an eight-point difference. However, the Blue Lions responded on defense limiting the scoring capabilities of the Tigers.

At the end of the game, the Blue Lions would take the win on the road against the Tigers with the final score 62-54 in the first round of the state tournament. No. 23 Fleck became the highest scoring Tiger of the night tallying a total of 24 points along with 11 dead ball rebounds. No. 11 Briley Cramer also made a sizable contribution for the night scoring a total of 17 points.

Washington High School will go on the challenge the No. 1 seed, the Warren High School Warriors, in Vincent on Feb. 25.