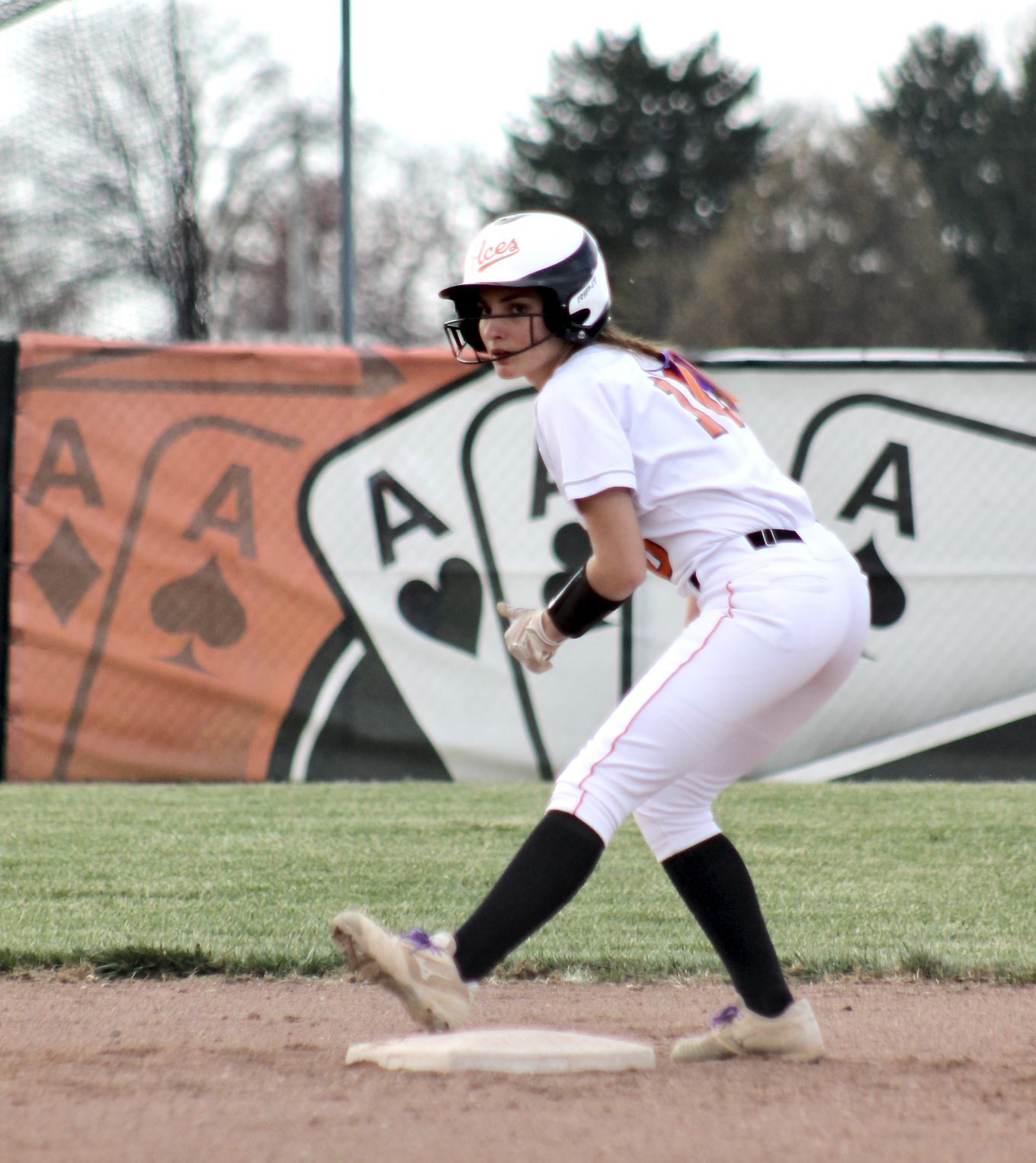 Lady Ace No. 10 Shyanne Miller gets prepared to run to second as another Lady Ace is at bat. 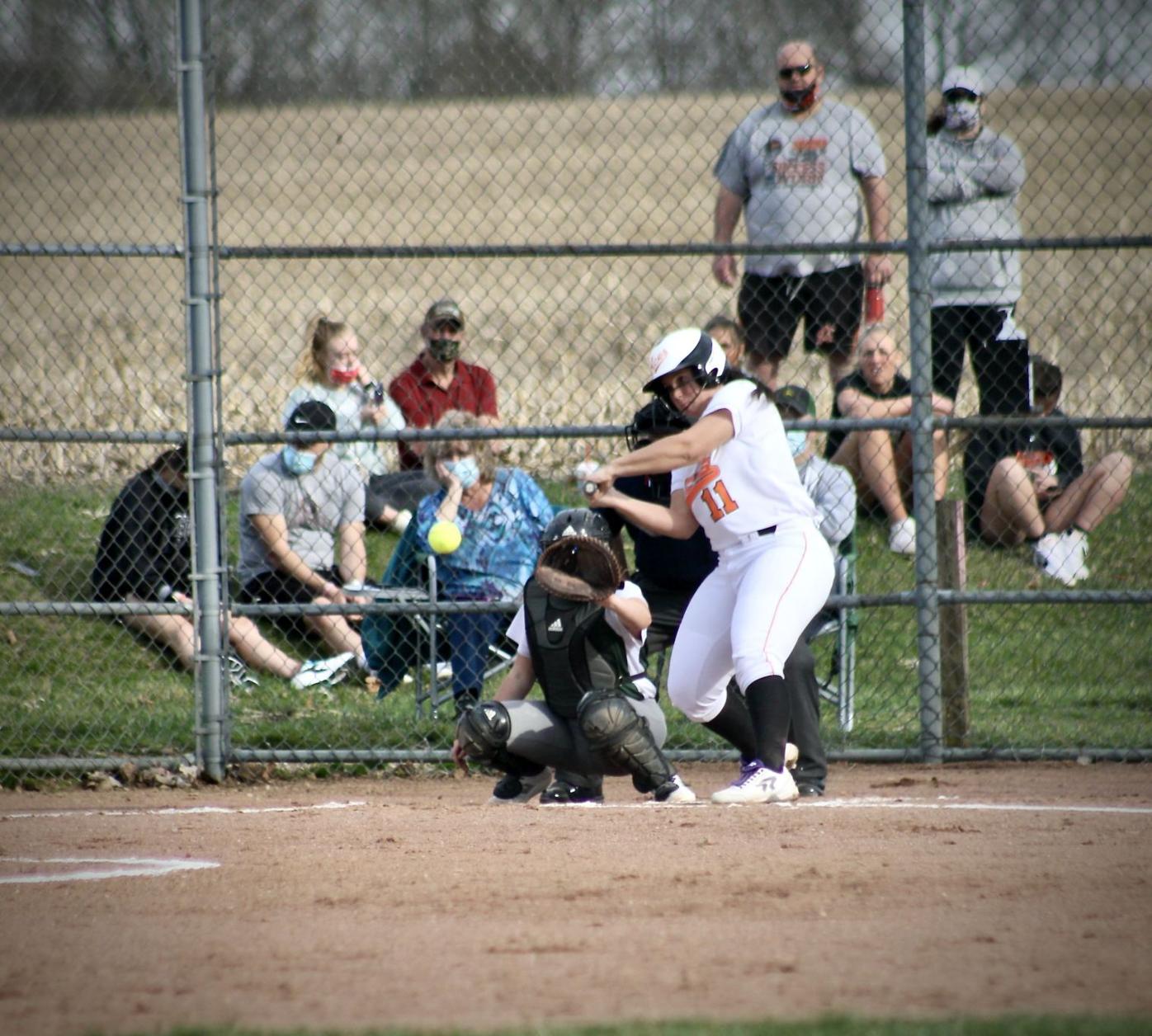 Lady Ace No. 10 Shyanne Miller gets prepared to run to second as another Lady Ace is at bat.

AMANDA — The Amanda-Clearcreek Lady Aces honored Sophia Mazgay prior to the start of their home game against visiting Fisher Catholic Tuesday evening. After five innings played, the Lady Aces would take home the win with the final score amounting to 15-0.

Before the start of the contest, both the school’s varsity softball team and varsity baseball team came together for a remembrance of Lady Ace; Mazgay. Both squads placed flowers just near third base — a position Mazgay was known to play.

The members of Fisher Catholic would also join in on the service for the beloved Lady Ace who tragically lost her life to a car accident in September of last year.

With a wealth of fellow Aces and family in attendance, the spirit of their fellow teammate was felt as the Lady Aces started strong right off the bat. In just the first inning, the home team collected a total of eight runs.

For the entire game till its end, Fisher Catholic struggled to put points of their own on the scoreboard.

After five innings, the competition would conclude due to run ruled while only seeing two hits and three team errors. When it was all said and done, the Lady Aces would score a total of 15 runs off of 13 hits and the team would see only one error on the day.

In total, the pitching staff would complete seven strikeouts — six coming from Alford and one from Miller.

At the end of the game, the Lady Aces would take the win at home 15-0.